She has the most incredible voice, which is capable of singing anything, from blues tinged numbers, Nashville inspired melodies to belting grunge style rock numbers, and last night Imelda May wowed Birmingham once again with a combination of her brilliant song book and a self deprecating sense of humour that explained the stories behind the songs in brilliant style.

Starting her set in torch singer style with the bluesy ‘Call Me’ and then continuing with ‘When it’s my time’, Imelda showed that her style has moved on from the rockabilly essence of her earlier albums. Now it seems like she has been listening to a lot of Janis Joplin and Bessie Smith and this is no bad thing, her gutsy, powerful voice is totally suited to belting out songs about passion and the wrong men, and songs like ‘How bad can a good girl be’ and ‘sixth sense’ show that no-one can sing a song about lust like Imelda can.

But there is so much more to her cannon than just songs about lust. She had the female side of the audience firmly on her side as she explained the story behind ‘human’, how she was fed up with songs asking women to be my baby, my darling, my princess, my angel and how she just wanted to be your human. ‘Big Bad handsome Man’ got the crowd dancing, whilst current hit ‘Should’ve been You’ – my current favourite song of the year, just had the crowd singing along as they held on to her every word. 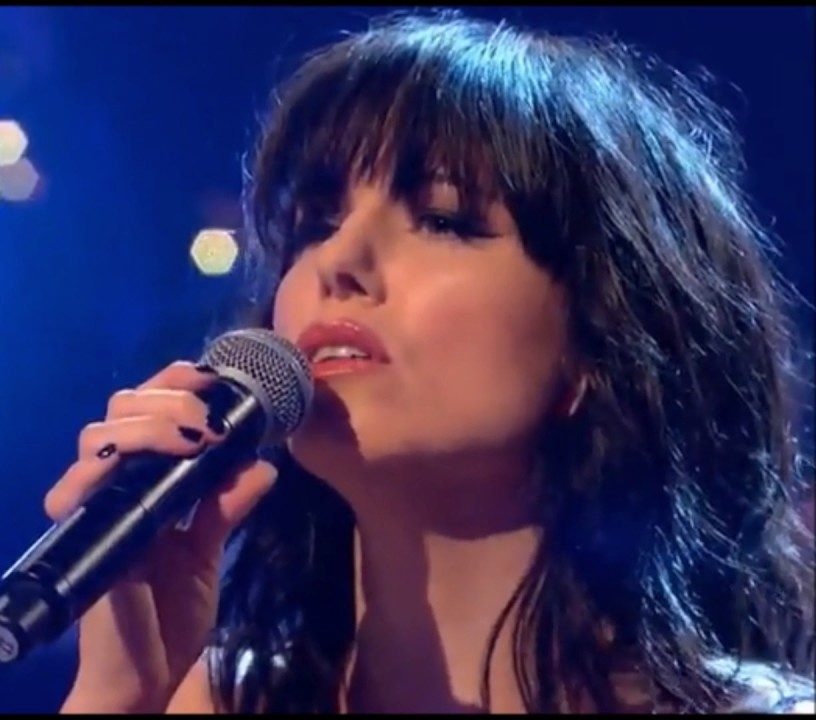 The beautiful Symphony Hall is a majestic building, and Imelda did worry that it might stop people from dancing and standing up. She proclaimed that the people on the stage were the ‘roughest people in the house’ and that people should get up if they felt like it. It worked, with some of the audience heading into the aisles to dance, much to May’s delight.

The show had moments of real emotion, with the beautiful ‘Black Tears’ a real weepy and a definite highlight. But it was the story behind ‘Love and Fear’, which had its roots in losing friends in the Bataclan shooting that was a real moment, with May close to tears before performing the song to storming effect. In light of what was happening in Manchester at the same time it takes on an additional, tragic poignancy. 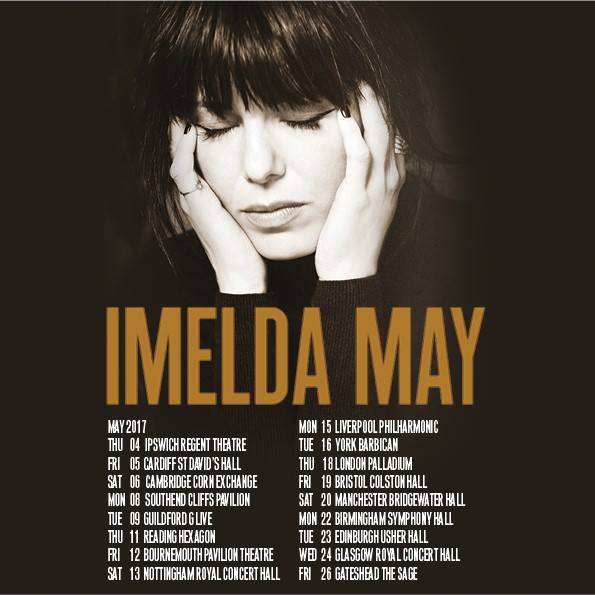 Ending with two songs that highlight her versatility, a raucous version of ‘Johnny Got a Boom Boom’ and the beautiful acoustic ‘The girl I used to be’, Imelda May showed why she is one of the most talented and revered artists in music at the moment. Definitely one to cherish.