Jack Cardiff was a master of light. He was the cinematography who lit the Hollywood goddesses of the golden age, both Hepburn’s, Marilyn Monroe, Moira Shearer and Sophia Loren amongst many others, and showed them at their most beautiful. He was also a legendary ladies man who managed to woo many of his leading ladies, including Marlene Dietrich. In the new play Prism, that had its press night at The Rep, Birmingham last night, we meet Jack in his twilight years, as dementia robs him of his present, and places him firmly back in his illustrious past, with ‘Katy’ ‘Bogie’ and ‘Marilyn’ for company. 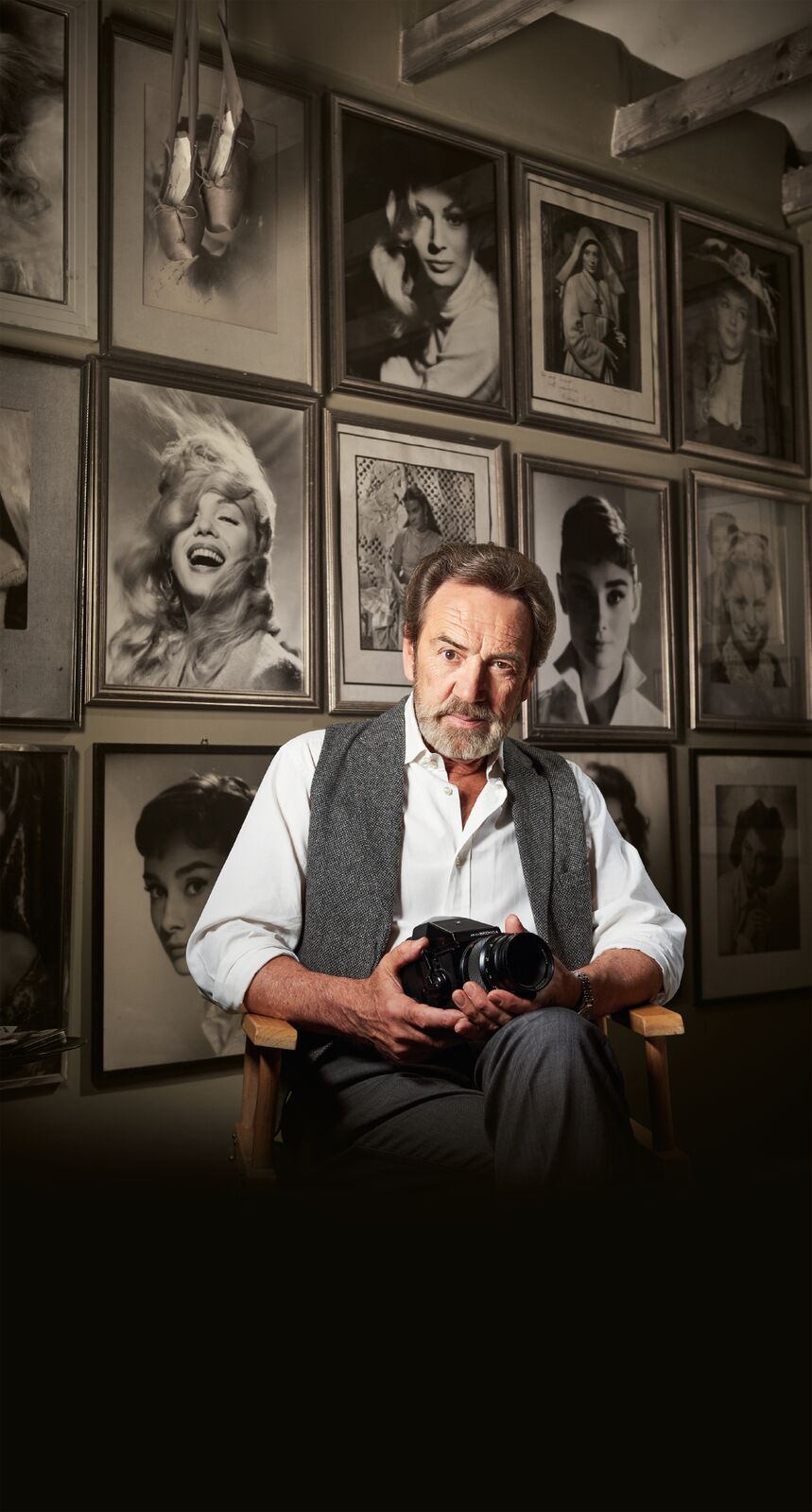 Prism, written and directed by Terry Johnson, is the story of a brilliant man (Robert Lindsay)  who is struggling to understand that it is no longer the 1950s, and he is no longer surrounded by legends. Instead his garage has been converted into a mini film set by his son Mason (Oliver Hembrough), struggling in the shadow of a famous father, but hoping to get his stories down on paper in order to secure a book deal. His long suffering, much younger wife Niki (Tara Fitzgerald), is also tormented with a husband who thinks she’s Katherine Hepburn, who may just have been the love of his life. And then there is his carer Lucy (Victoria Blunt), tormented with demons all of her own, the loss of her parents, and now the loss of her young daughter to the courts who don’t believe she can cope.

The play cleverly blends the present with the past, with the second half taking us back to the filming of The African Queen, where Jack proclaimed his love for Katy Hepburn, and then to the time of ‘The Prince and the Showgirl’, where he kissed Monroe and punched her then husband Arthur Miller. The protagonists in these scenes are played by the four leads, hence blurring the fantasy and reality that exists in Jack’s mind as he moves further into his dementia. This is brilliantly staged, and, maybe in tribute to Jack, it is wonderfully lit, with the deep colours of ‘The African Queen’ set, to the shadows of the scene with Monroe. 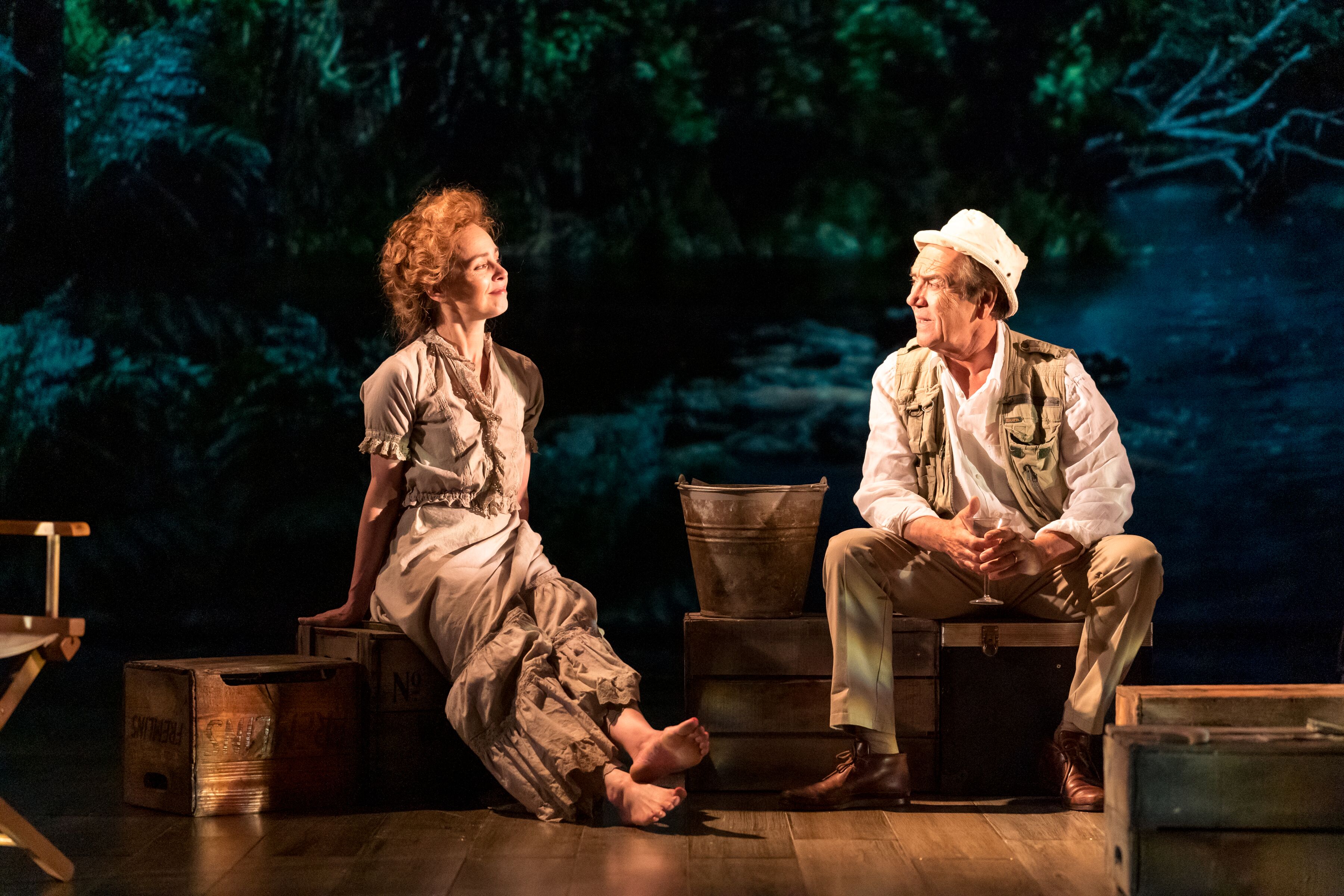 Robert Lindsey is just wonderful as Jack, playing him as a charming, cantankerous, fouled mouth character, capable of real humour, but with all the pathos of a man losing his grip on reality. He is matched by the brilliant Tara Fitzgerald as Niki, stunning in her pitch perfect impersonation of Katherine Hepburn, and also as the wife threatened by the ghost of Hepburn. Oliver Hembrough is also very good as both Mason, Humphrey Bogart and Arthur Miller, with a Bogie scared of monkeys and flies a real high point, whilst Victoria Blunt, rounding out the cast as Lucy, brings a wonderful warmth to her character, and another uncanny impersonation as a glamorous, childlike Marilyn Monroe.

Prism is wonderful entertainment for those who love the golden age of Hollywood and the time when the stars had truly faces.