This is an unusual subject for me to tackle, about as far away from the glamour of fashion and beauty as you can get. But this is a subject close to my heart, and a campaign that I fully support for personal reasons as well as logical ones. October has been rechristened Stoptober in tribute to the NHS campaign aimed at getting people to stop smoking for the month of October, in the hope that this will lead to people stopping completely. After all, if you can quit for a whole month, why not just quit altogether.

The reality is, that for some people, smoking is a habit that is hard to conquer. My husband is a smoker. One who has tried to quit many times. He actually once managed to give up for a whole six months, but then started again due to a combination of stress, and working in an environment where everyone smoked, and so were constantly dishing out the cigarettes. He now smokes at least a packet of 20 each day.

But he is now trying to cut down, with a view to eventually giving up . And one of the ways he is trying to cutback is by using an electronic cigarette in place of some of his normal ones. These have been purchased through the Electric Tobacconist who offer the opportunity to sample different brands before settling for one that suits. 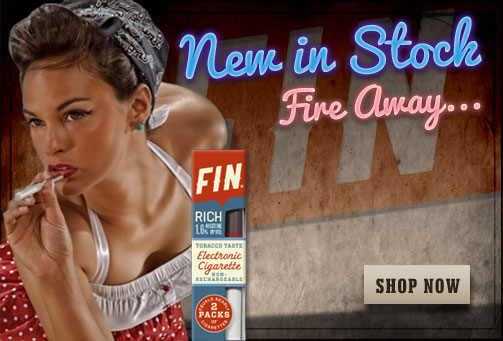 I’ve been interested to find out why the electronic cigarette option seems to work, when patches and gum didn’t, but Pete explained that the fact that it looks like a cigarette, even down to the glow at the end, almost fools you into thinking you are smoking. And it is more than just the smoke and vapour that does the fooling. The very act of holding an electronic cigarette in the same way you would hold a regular cigarette, also helps to slowly move away from those dangerous damaging sticks of tar.

Currently electronic cigarettes are viewed to be safer than normal cigarettes, and they certainly cost a lot less. For my hubby at least, they are helping to reduce normal cigarette intake. One day last week he had just 4 normal ciggies – a definite improvement.