I’m a little obsessed with Rooney Mara at the moment. The star of the American version of ‘The Girl with the Dragon Tattoo’, she barely registered on the fashion Richter scale before the start of filming, but now she is frankly blowing me away with her combination of Snow White beauty and her impeccable style choices.

If ever a girl was crying out for black hair, it was this girl. And with alabaster skin, a severe fringe and a wardrobe consisting of baby pink Calvin Klein, Givenchy couture and sigh! Prabal Gurung, Rooney is not putting a foot wrong style wise. And with a slew of Magazine covers under her belt, including US vogue, she is being recognised for her elegance and poise with echoes of Audrey Hepburn and Kiera Knightley amongst others. Expect to see this girl sitting front row at every show come February, and topping best dressed lists in the next twelve months. Definitely one to watch. 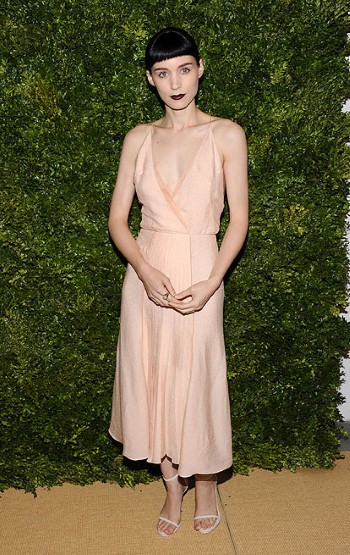 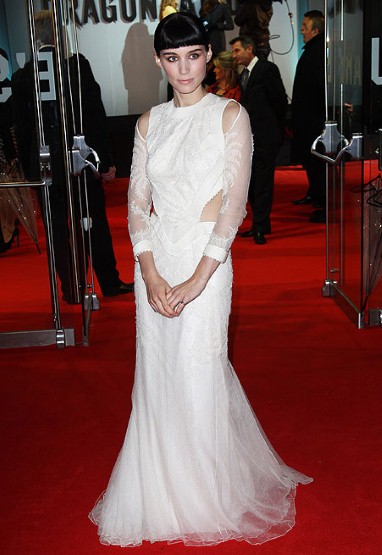 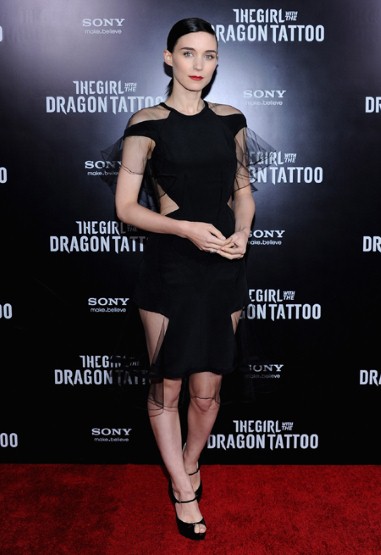 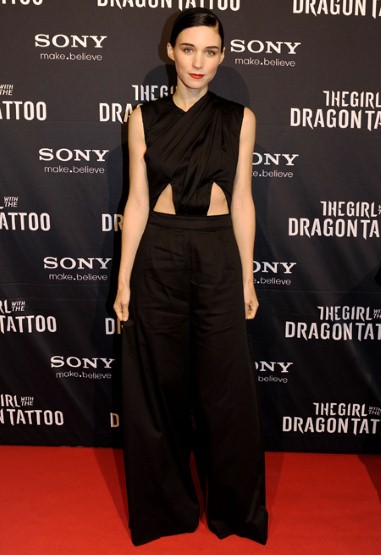 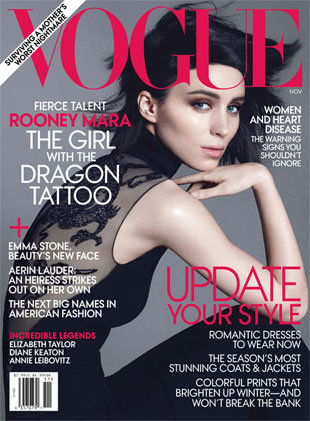