There are no prizes for guessing what the highlight of the Disney on Ice Magical Ice Festival was, when it opened at the Genting Arena in Birmingham last night. Frozen has been a total phenomenon, the biggest new Disney hit in years, with ‘Let it Go’ being that song that you simply cannot dislodge from your brain. And last night in Birmingham, listening to the whole of the auditorium singing along with Elsa at the top of their voices, you realised you were in the midst of a very special moment. I don’t mind admitting I shed a few tears.

The Magical Ice festival wasn’t just about Frozen. There was the usual mixture of Mickey and friends introducing wonderful set pieces from a number of Disney Favourites. This time around we were treated to segments from The Little Mermaid, Tangled and Beauty and the Beast, before the part that it seemed the whole room was waiting for. Each of the earlier segments perfectly fused wonderful ice dancing and perfect costumes with songs and dances that are instantly familiar. There was an awe-inspiring moment from The Little Mermaid, when Ariel gets her legs courtesy of the frankly terrifying Ursula, and the horse from Tangled again delighted audiences, but the truth was that everyone was waiting for one thing – the moment Anna and Elsa would make their way onto the ice. 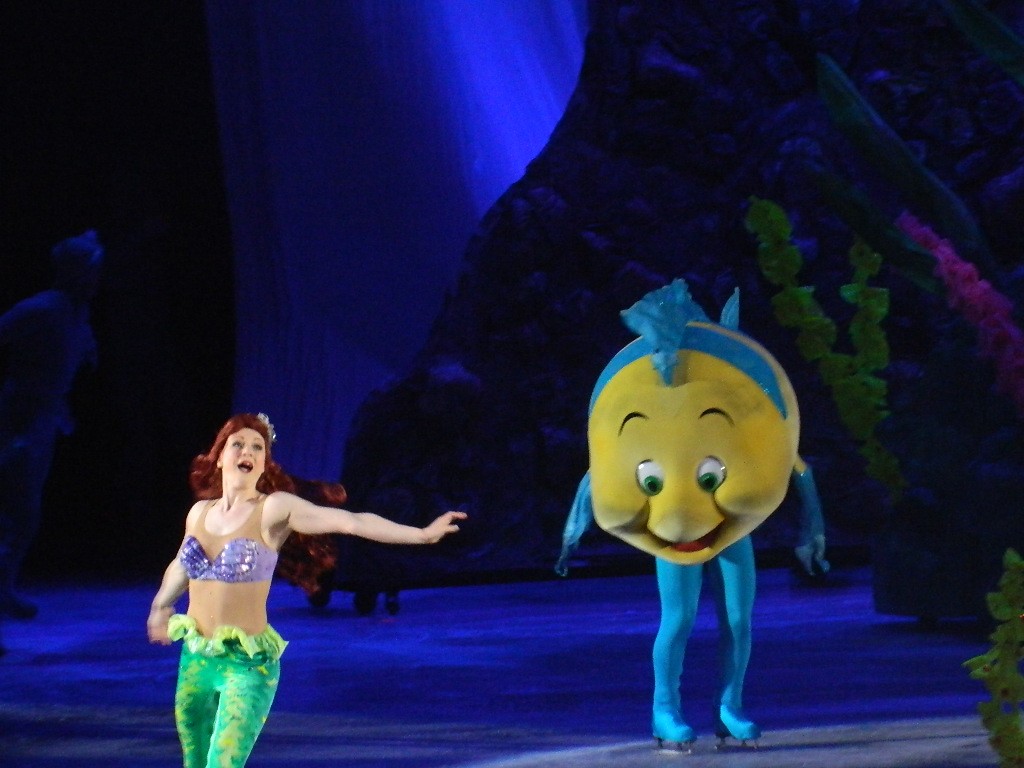 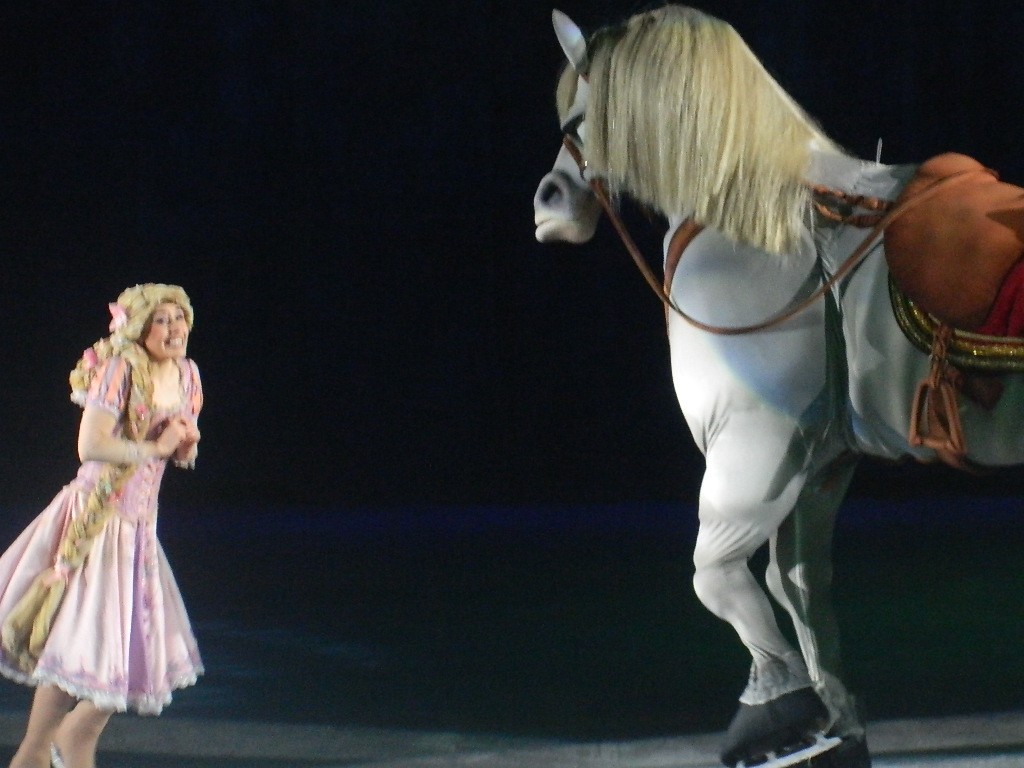 No-one was disappointed. Olaf the comic Snowman longing for Summer, and doing what snowmen do in Summer, was just as loveable and funny as he is in the movie, and was a total audience favourite. Anna and Elsa showed all the personality and determination that has made them Disney’s most popular heroines, whilst Sven the Reindeer was an advertisement in cute. But it was ‘Let it Go’ that raised the roof, as Idina Menzel’s voice soared and the snow came down creating a wonderful spectacle. It was beautiful and spine tingling, and, as an adult I loved every minute of it. Judging by all the other adults singing at the top of their lungs, I wasn’t the only one. My little boy Joe, who often says that Frozen is ‘a girls film’ proclaimed it his favourite part of the whole show, with Olaf his favourite character (he did add the question though – is that Snowman crazy?) 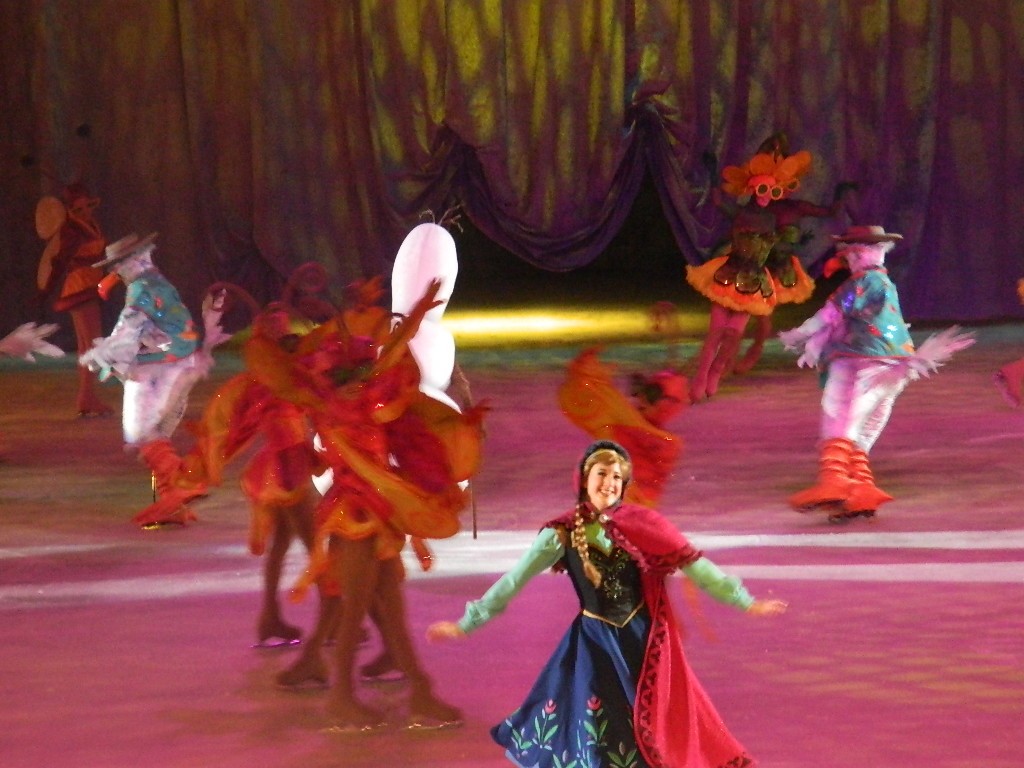 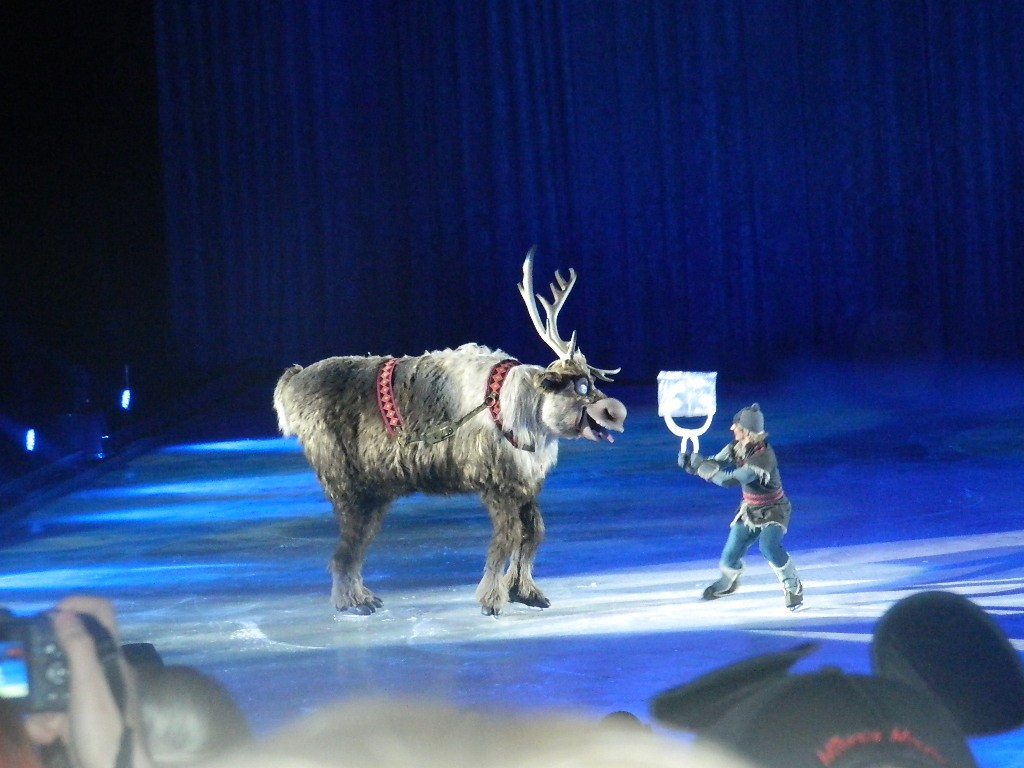 We all fell in love with Sven 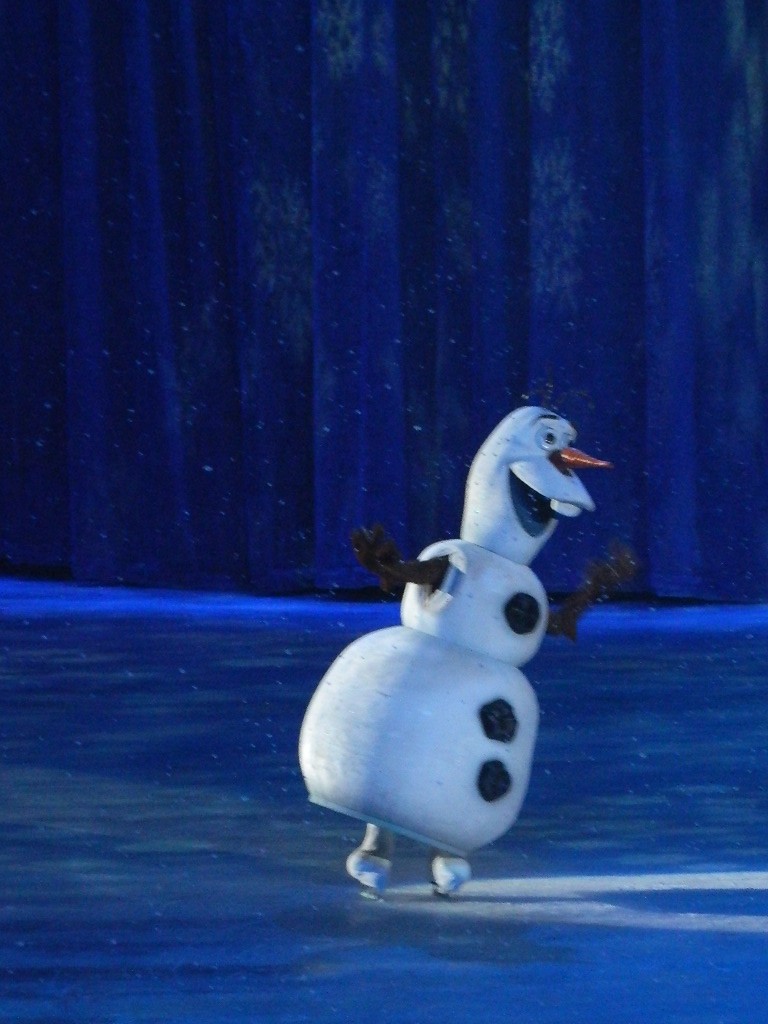 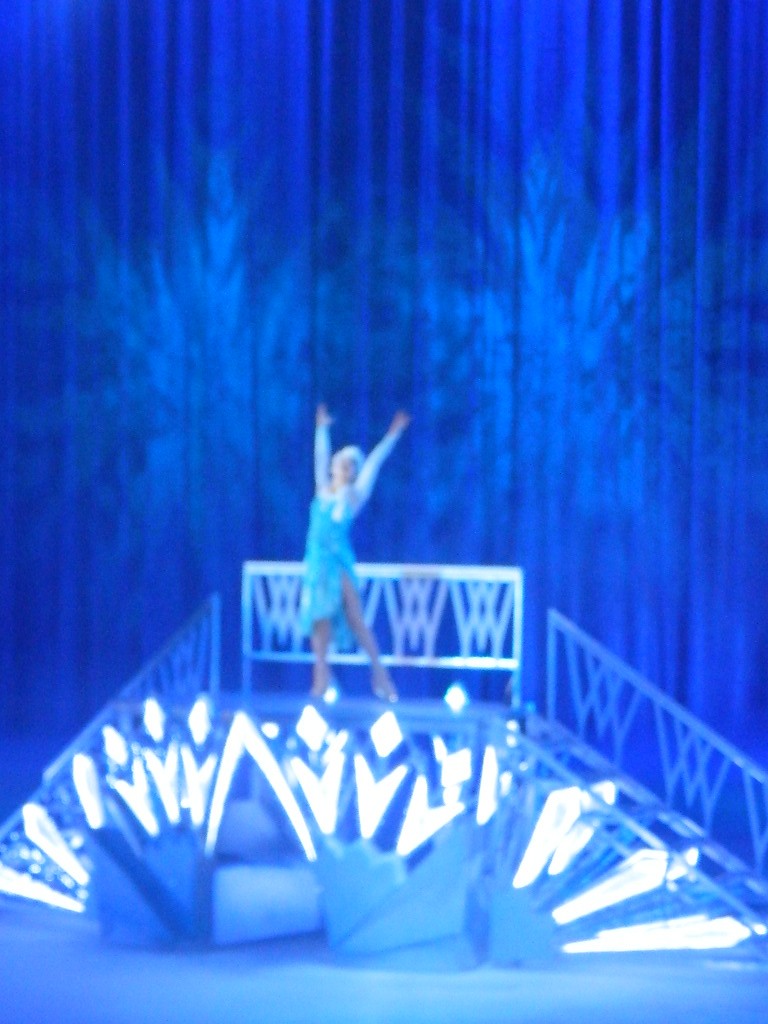 This is a show that charms and captivates it audience from start to finish. 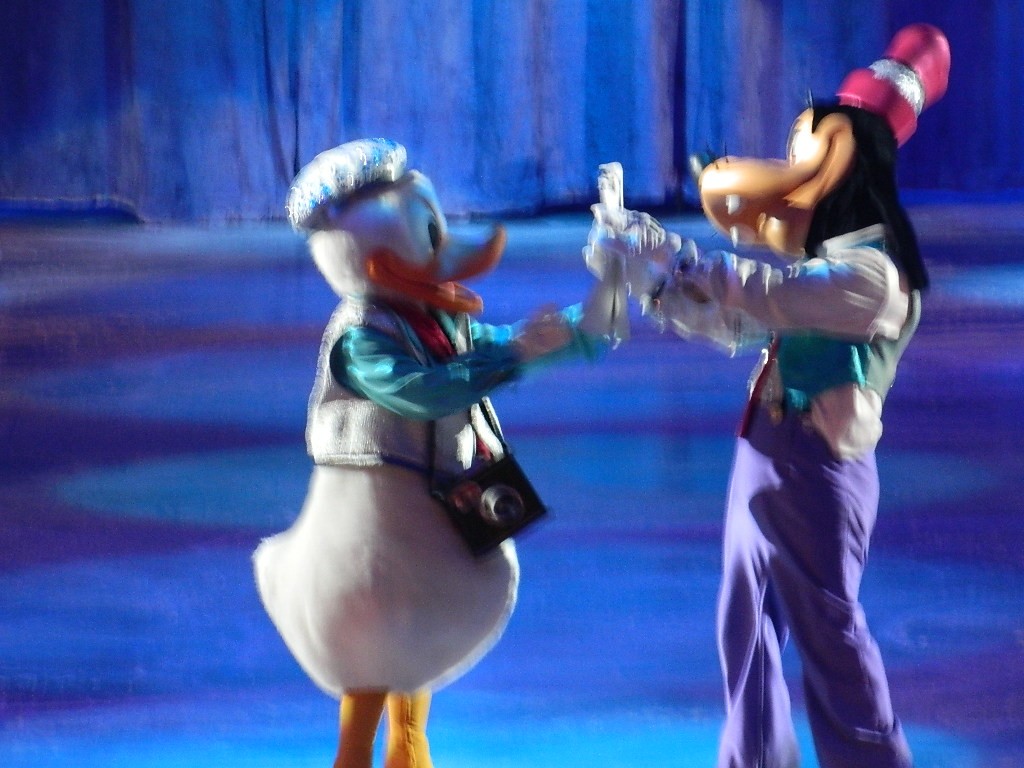 Disney on Ice Magical Ice Show is at the Birmingham Genting Arena until 5th April, and then continues it’s Nationwide tour. For ticket information, click here.