Minions fever is about to hit all over again. Next week sees the release of the Minions own movie, which starts in New York 1968 (42 years before Gru). All our Minion favourites are back including my own personal favourite Kevin, and it seems that the excitement about the strange and hilarious yellow creatures is about to explode all over again. It even reached Birmingham’s Museum and Art Gallery, where, this week a rather wonderful Minion related video was filmed on CCTV, which literally enchanted the World.

Some might say that The Minions resemble a large piece of sweetcorn, albeit one with a face, and to celebrate the new Minion movie, sweetcorn legends Green Giant have challenged parents to add some minion magic and fun to mealtimes.

“…Green Giant Sweetcorn is a perfect ingredient for family mealtimes: kids love the delicious, naturally sweet flavour, and it’s great to know you’re giving them something healthy and nutritious. “

Now, it has to be said that I am not the greatest fan of Sweetcorn, unlike my husband Peter, who loves the stuff so much he could (and does) quite literally eat it from the tin. But one way that I eat sweetcorn is when it is mixed into a really healthy, hearty salad. My favourite salads contain Mozzarella, Parma ham, tuna, mixed with lots of balsamic vinegar and Virgin Oil. This salad can either be served in a huge bowl, where you literally grab a fork and all tuck in, or it can be served in individual bowls with flatbreads and humus. 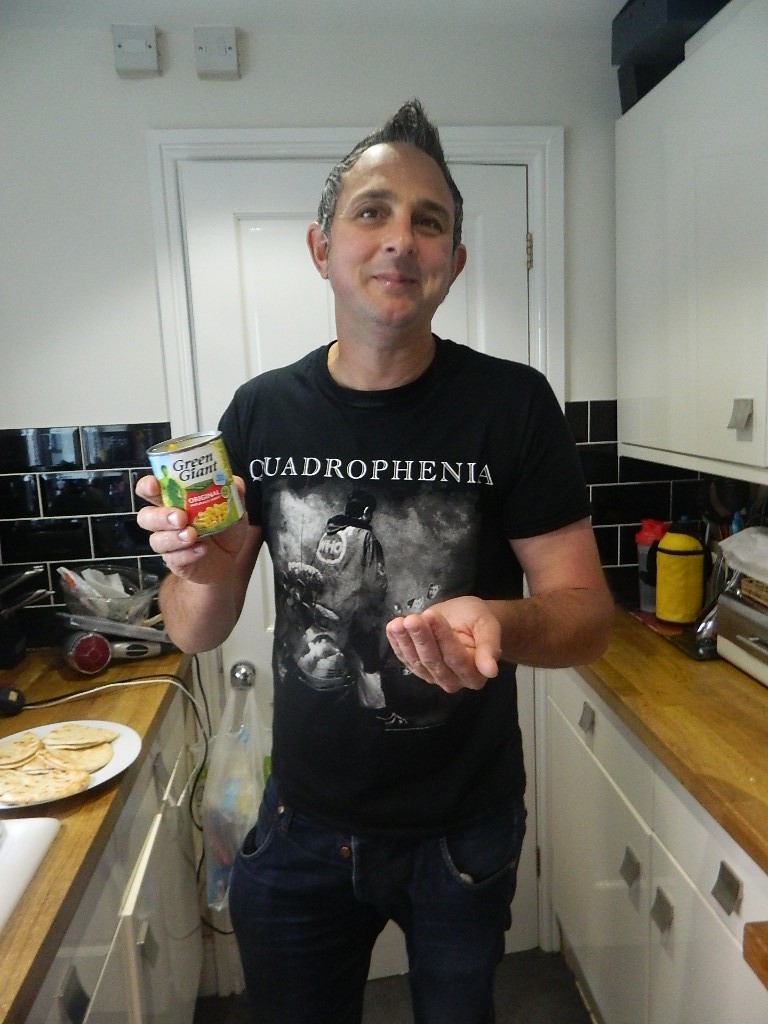 To accompany – flatbreads and humus. 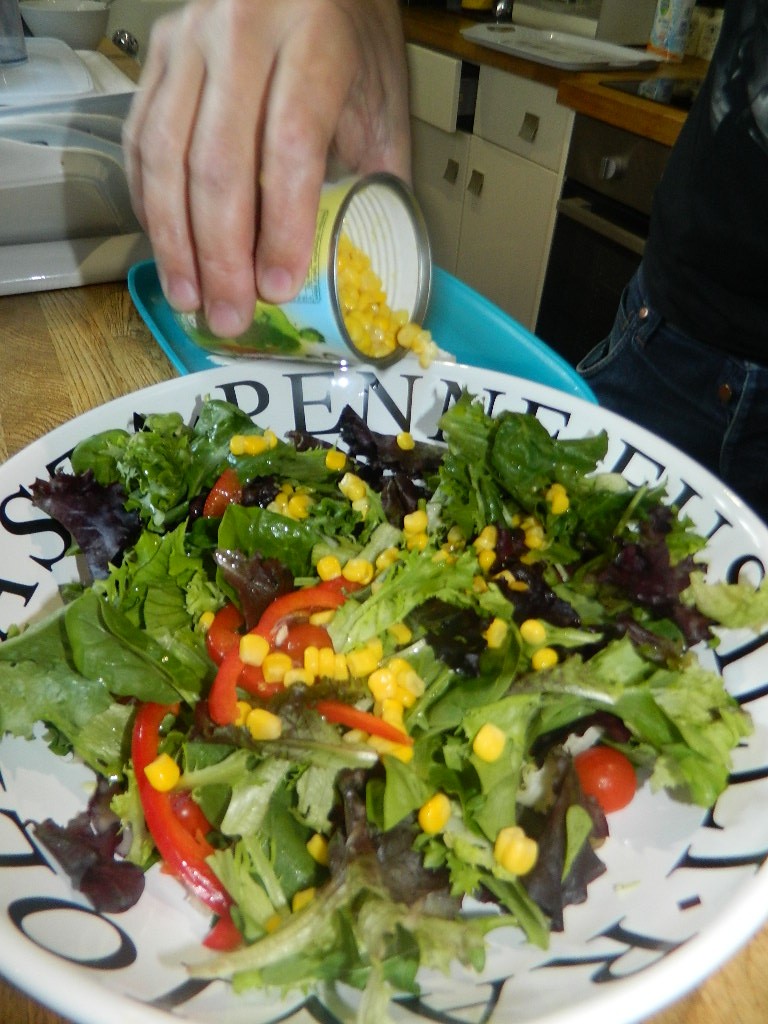 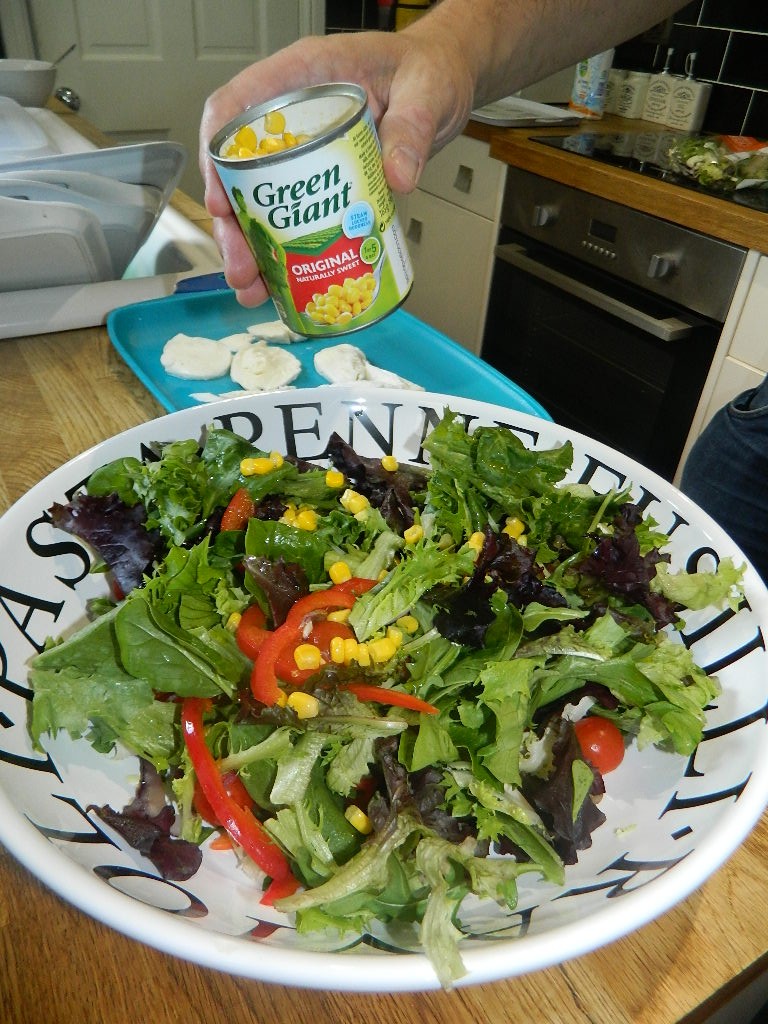 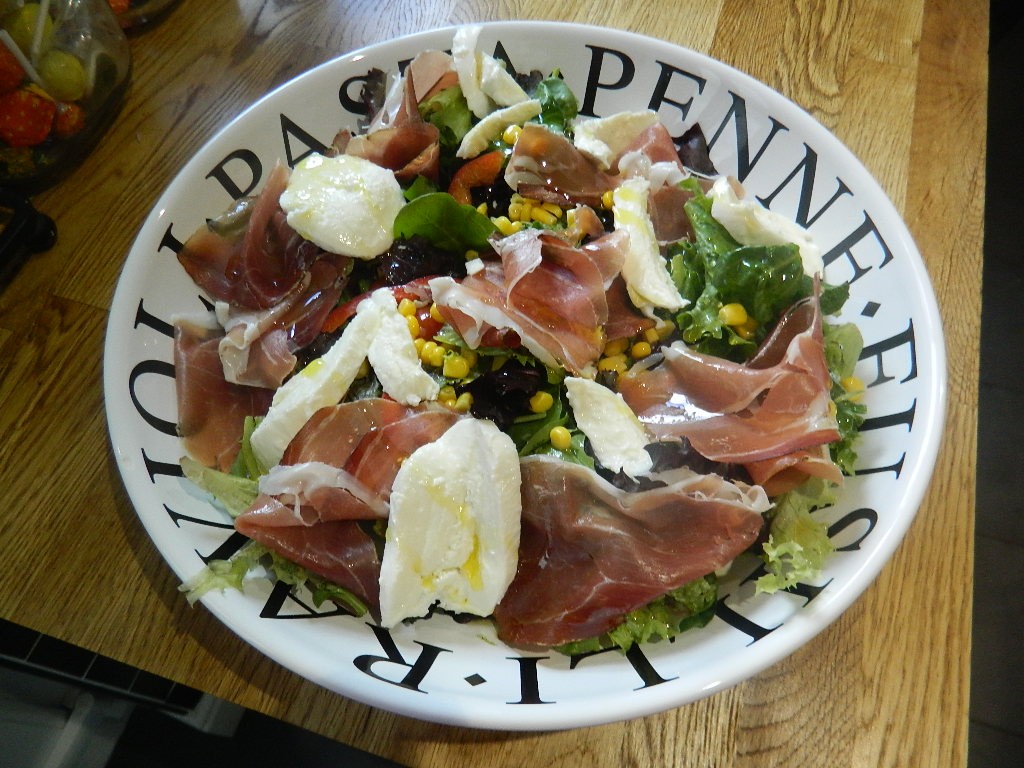 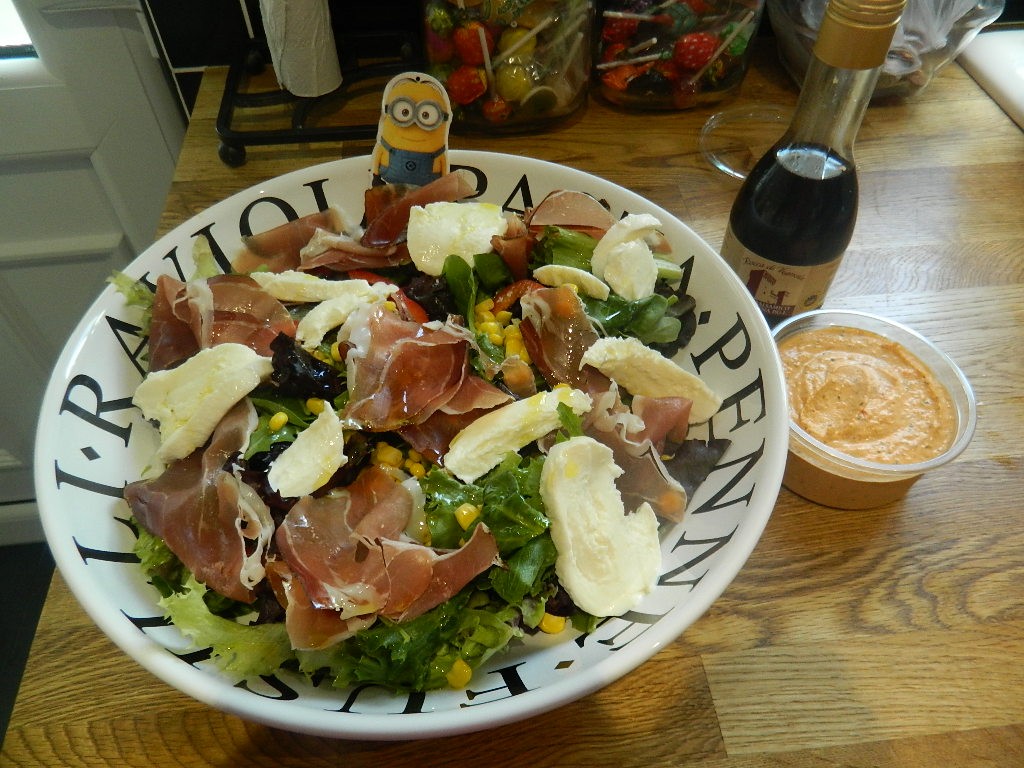 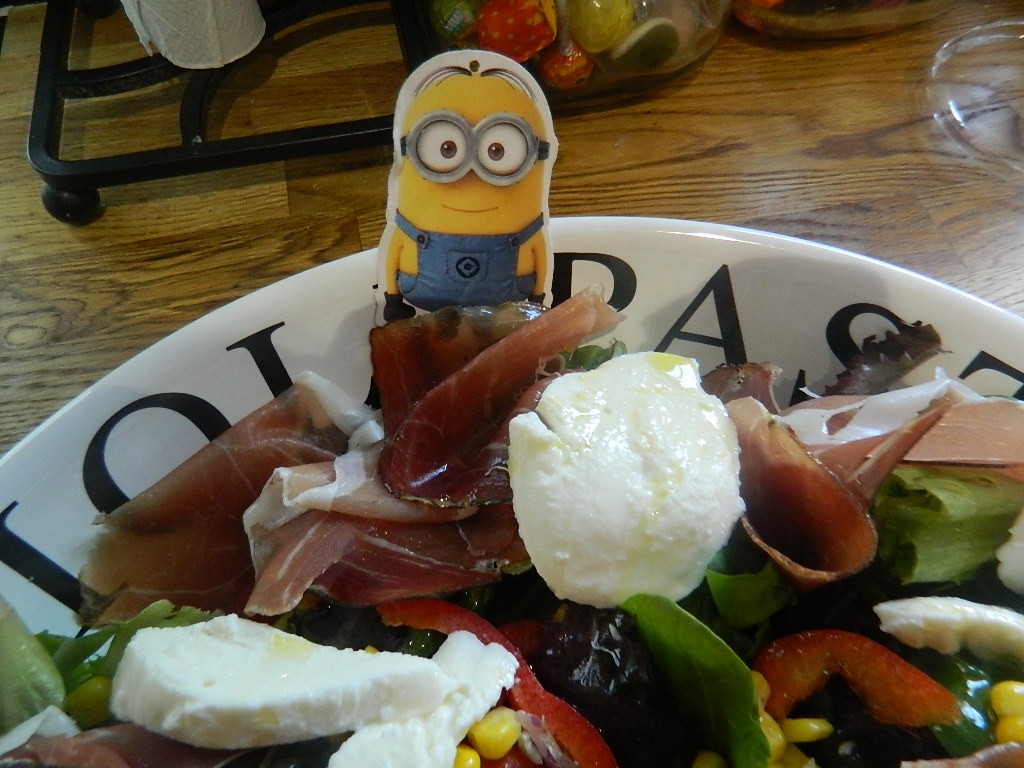 Salads are perfect for summer days, they make great picnic choices and you can literally add any ingredients to add interest and flavour.

Will you be watching the new Minions movie next weekend?

*This is an entry for the Tots 100/Green Giant Minion challenge. You can read more entries by looking for the #greengiantminions hashtag on Twitter.