It was the first one of the classics that I ever read, and remains one of my all time favourite books, so I had high expectations for Pride and Prejudice, which opened at the Birmingham Rep last night. Luckily I was not to be disappointed, in the careful hands of a note perfect cast, Pride and Prejudice proved to be as fresh and funny as it was over 200 years ago, when it first appeared in print. 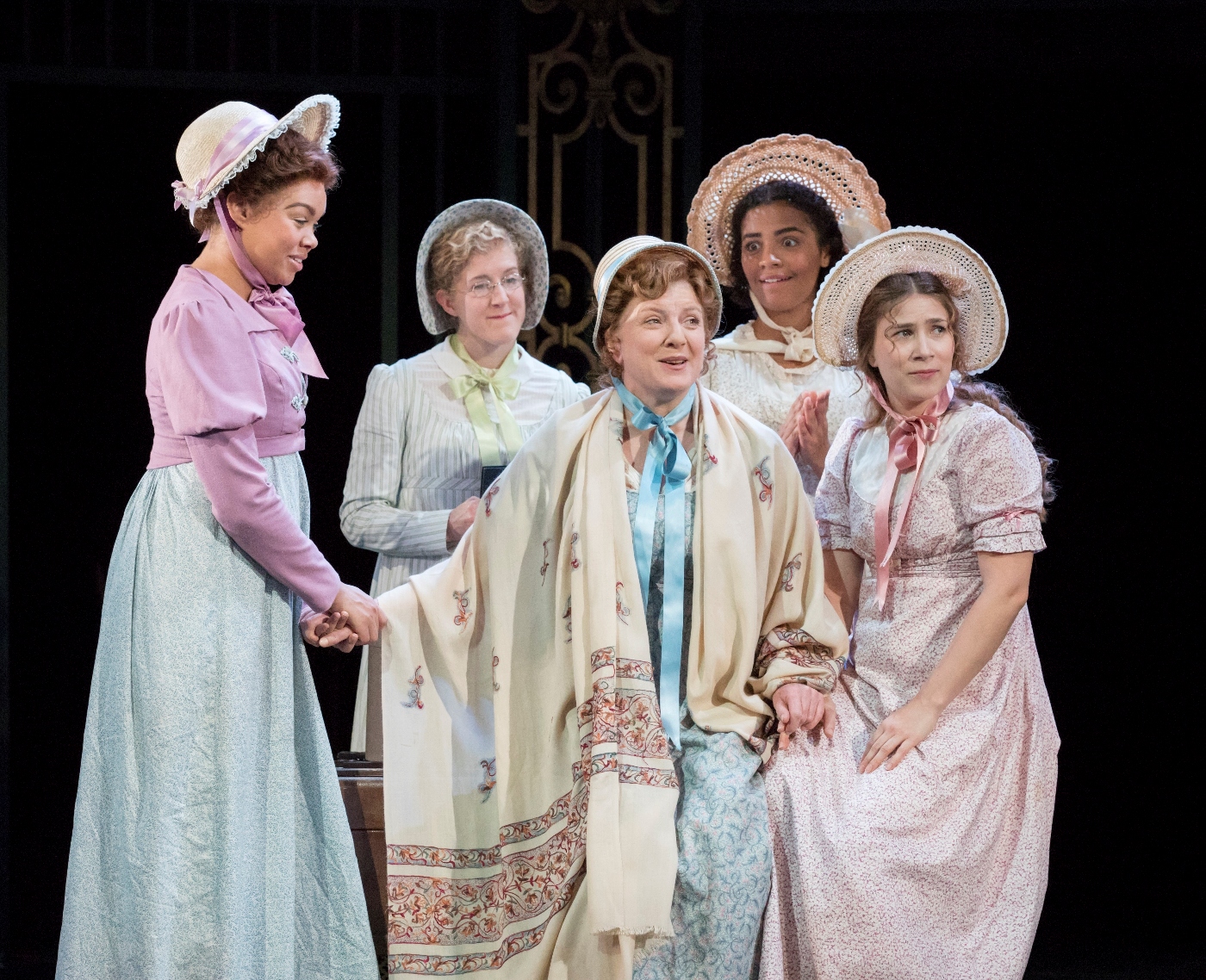 The story of Mr and Mrs Bennett, and their five unwed daughters is a literary classic, one which shows that it’s writer, Jane Austen, was well ahead of her times. The daughters adventures in the marriage circles as they try to snare the perfect husbands whilst avoiding (in Lizzie’s case) the not so perfect ones, are filled with wit and a perceptiveness of the real situation for women in those Regency times. In Elizabeth Bennett, we have a heroine who was not only a modern women in her own times, but remains one now – spirited, moralistic and enormous fun. And, in Mr Darcy, we have the dark brooding anti-hero who spawned a thousand copycats, not least Mark Darcy in Bridget Jones.

As the lead couple, Benjamin Dilloway and Tafline Steen have a fantastic chemistry which sparkles when they are exchanging barbs. Tafline is a great Elizabeth, with just the right blend of sparkling fieriness that makes her such a feisty heroine, whilst Benjamin exudes the dark masculinity and broodiness which is a pre-requisite for Mr Darcy. 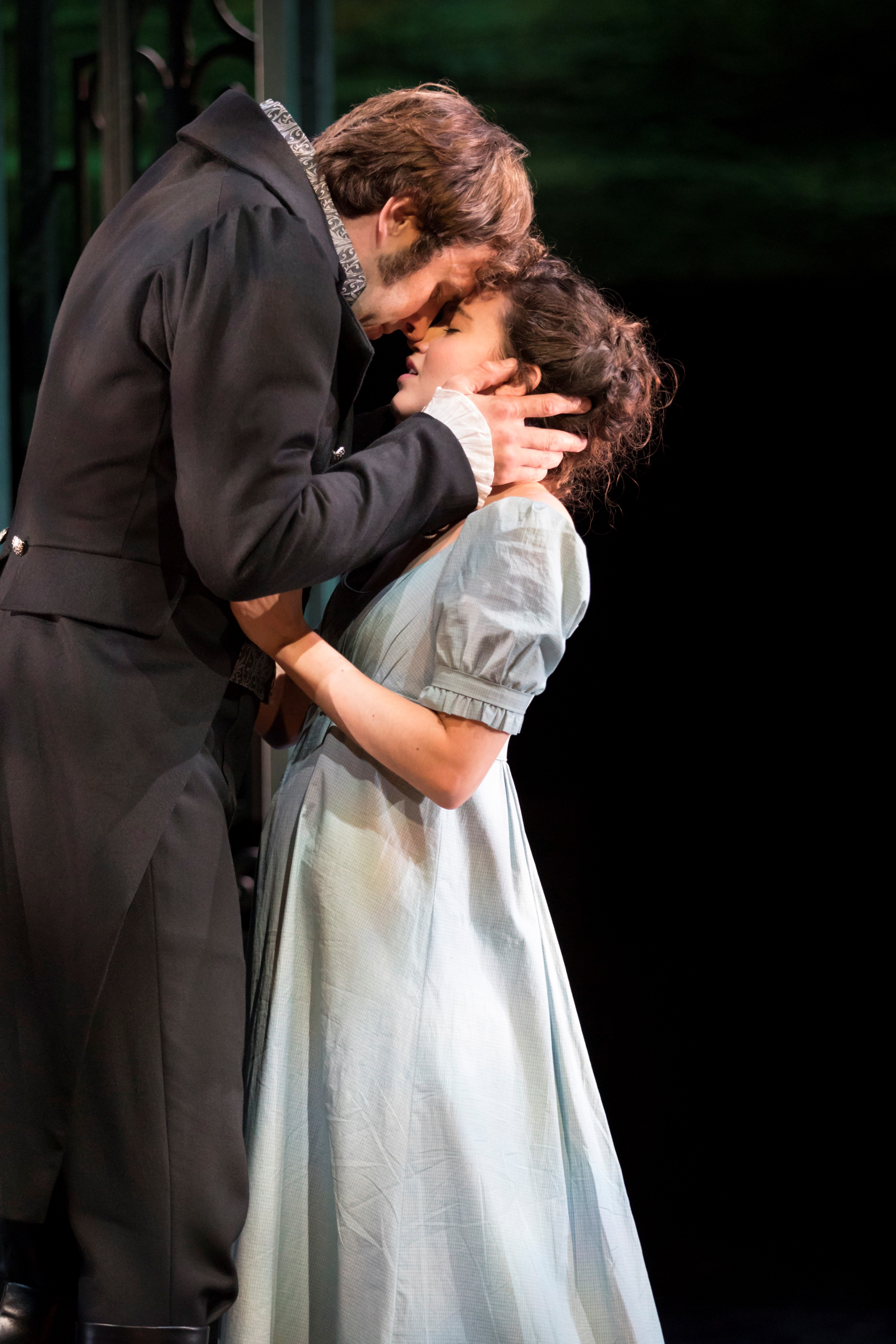 Felicity Montagu and Matthew Kelly were born to play Mr and Mrs Bennett, and totally charm and amuse in the roles. Montagu is just hilarious as the over dramatic Mrs Bennett, her physical comedy perfect for the melodramatic grand dame, whilst Kelly’s delivery of a comic punchline is showcased wonderfully, particularly in a very famous exchange with Elizabeth which begins ‘your mother will never speak to you again if you refuse to Marry Mr Collins…’, And speaking of Mr Collins, one of the absolute joys of this play is the performance of Steven Meo as Mr Collins, another physical comic performance that raises a lot of the loudest laugh out loud moments. 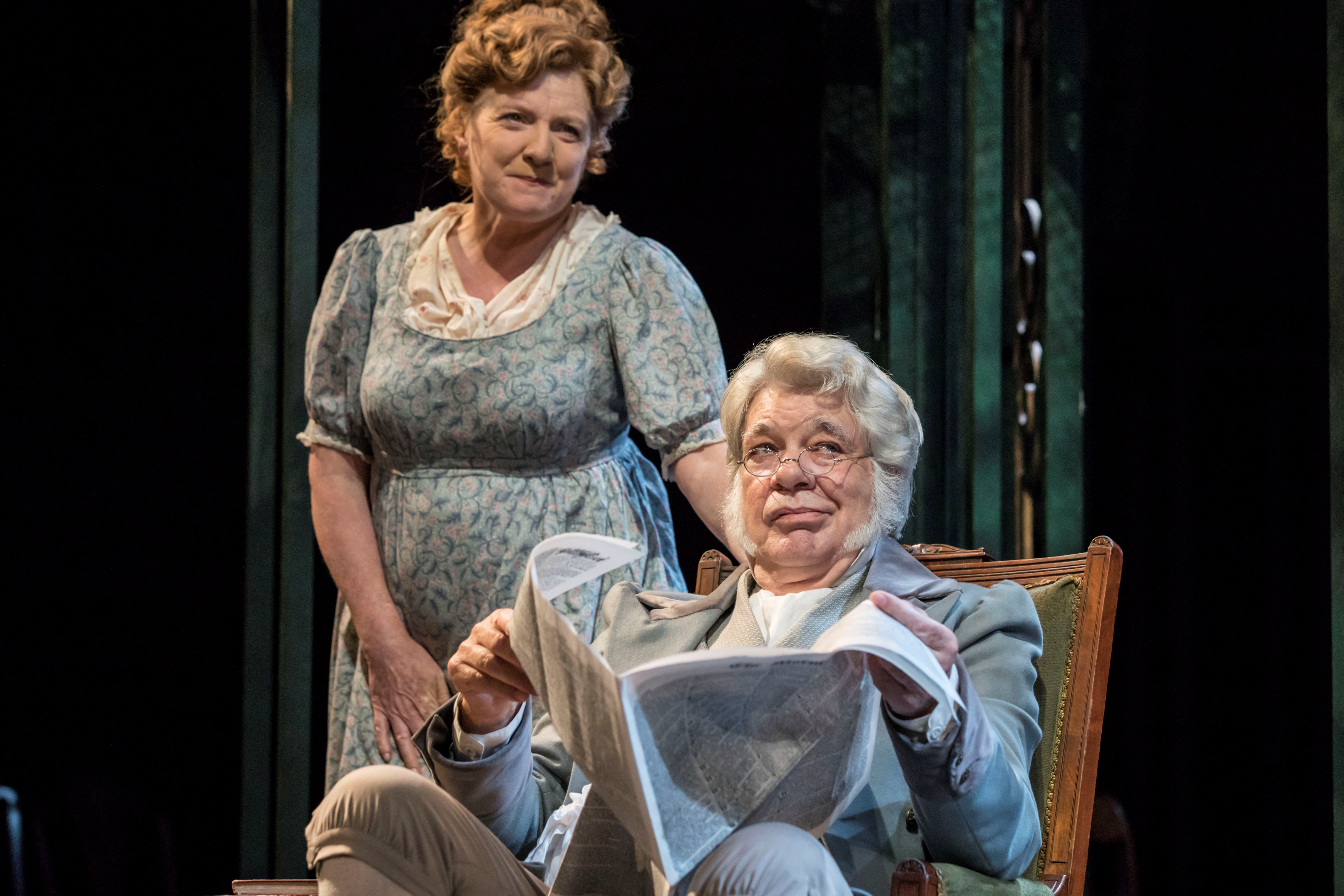 The rest of the cast are uniformly excellent, with Hollie Edwin and Jordan Mifsud an attractive Jane and Mr Bingley. This couple are somewhat overshadowed in the book by their rather bland personalities, but onstage their likeability and sweetness has you rooting for their romance. Another great performance was from Kirsty Rider as Caroline Bingley, she is both deliciously bitchy about the Bennetts and overly simpering when trying to woo Mr Darcy. 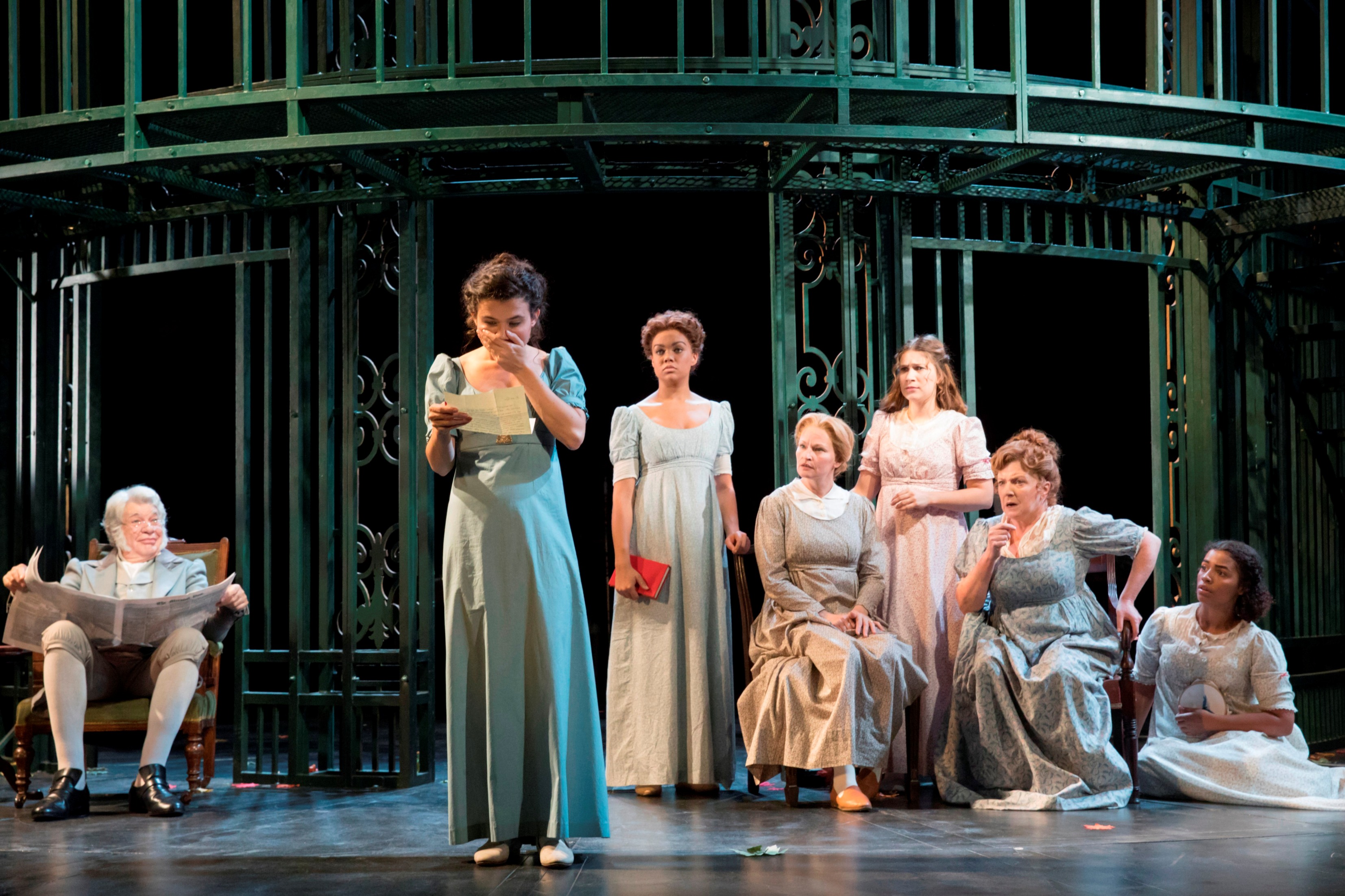 Pride and Prejudice is a sheer delight, funny and frothy in equal measure, and showing that its witty story has a timeless appeal.

2 thoughts on “Ooh Mr Bennett! Pride and Prejudice a triumph at the Birmingham Rep”