Frank Spencer was one of the the most beloved characters from 1970s television, a time often called the golden age of British comedy. A hapless innocent, almost a man child, Frank seemed to be followed by mayhem, disaster and destruction, and this recipe for disaster made Some Mothers Do Ave Em a bonafide smash hit that had TV audiences laughing out loud. Now it has been transformed into a stage production with Joe Pasquale taking on the Frank role made famous by Michael Crawford. It opened at the Wolverhampton Grand Theatre last night, and once again has the audience laughing out loud.

Frank Spencer is a walking disaster area. Married to the long suffering Betty, Frank is having all sorts of problems in his life. His house is falling apart, he is struggling to get a job as a magician and now he has to cook dinner for his mother-in-law. But after he receives an exciting letter from the BBC, and some lovely family news from Betty, maybe life is actually on the up. Now, if only he can get through dinner with the mother-in-law, the bank manager and the vicar, maybe everything will be alright. Or maybe not.

Joe Pasquale is simply hilarious as the hapless, accident prone Frank. He plays the role as Joe, rather than as a Michael Crawford impression, and this works a treat, with his talent for physical comedy, and his deadpan face just so perfect in this role. Funny lines are delivered thick and fast, you really don’t know where one laugh is ending and another is beginning. An accident with the banister spindles is a real highlight, laugh out loud funny in the most visual way. Pasquale just shines in this role, one he was born to play. 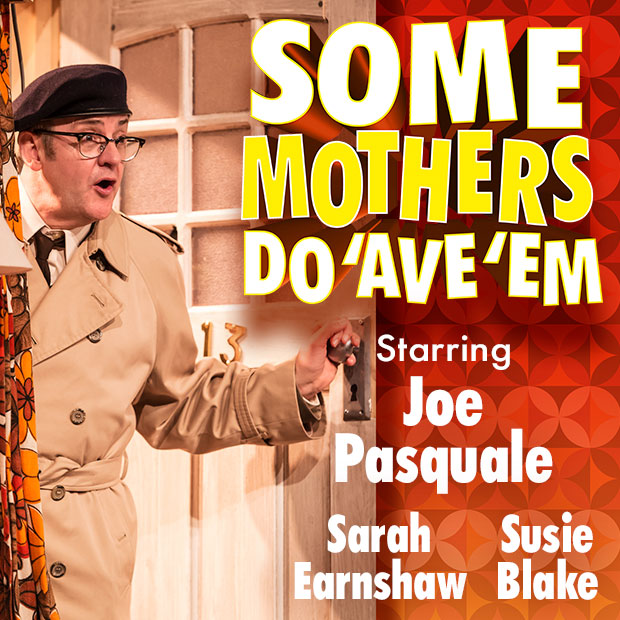 He is ably supported by a superb ensemble cast. Susie Blake is super as Betty’s mother, the increasingly drunk Barbara Fisher – the scene with the chicken/wendy house will long live in the memory. Sarah Earnshaw is Betty, and plays the role as the calm straight woman, mayhem goes on all around her but she is almost stoic in her acceptance.  David Shaw-Parker as Father O’Hara has one of the funniest situations, when Frank is forced to perform the ‘Heineken’ maneuver after the vicar chokes on an apricot stone (you can picture it, and it is just as funny as it sounds.) Rounding out the cast are Moray Treadwell and Chris Kiely in duel roles. The whole cast is hilarious and is obviously having a ball. 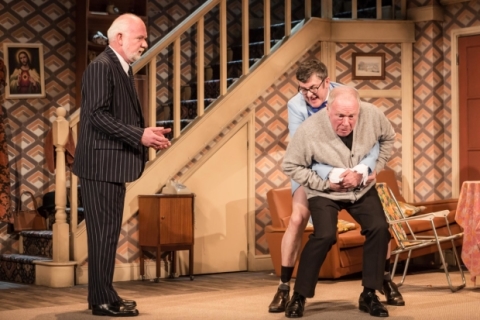 A wonderful set complete with furniture that is simply falling apart, posters on Bruce Forsyth on the walls, and a cupboard under the stars that is utilised to hysterical effect all add to the general mayhem of the situation comedy. And the script is perfect, with enough nostalgic nods to the television series and what made it so magical, and with one liners that just keep coming.

Funny, warm and wry, I just loved ‘Some Mothers Do Ave Em. British slapstick comedy at its best.