Most people would prefer to never have to talk about any matters relating to tax. For most of us, this is something that is deducted from our wages at source, and we never really have to worry about it, or question whether we are paying the right amount. But sometimes we really do need to talk to someone at HMRC, whether it be about a general query, or something more serious, and we can find that actually getting to speak to someone is not as simple as we might imagine. For instance, you may be thinking about setting up a company abroad, like Malta Company Formation, and may need some help and advice about taxation issues. 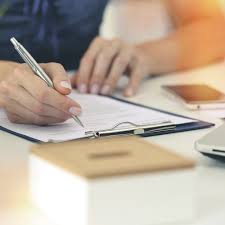 Getting to the right person can be difficult, in fact, in some cases, even having the relevant phone number can be an issue. Fortunately, Talk Tax is a website that not only has lots of relevant articles relating to policy changes, changes to benefits, self assessment and all things general taxation, but also has a list of those hard to find numbers that will help you reach the right department if you have a query or problem you need answering.

So what sort of reasons might see you needing an emergency number rather urgently? Well, I worked for twelve years as a teacher, and only found out when I went on maternity leave that I had been on the wrong tax code for almost eleven years, over paying tax during that time. I had to claim back the overpaid tax, but this was made difficult by not being able to contact the relevant department. I eventually got the over paid tax back and it amounted to almost £8,000, which is certainly nothing to be sniffed at.

This was a nice windfall, but your reason for needing a phone number could be far more serious. My husband worked for an unscrupulous boss who bumped his company and declared himself bankrupt. Unfortunately, despite deducting both tax and national insurance from his workforce, he hadn’t actually paid this, basically committing fraud and leaving his workers out of pocket.  This was a worrying and stressful time made worse by the struggle to contact the right person at HMRC.

If you are self employed, or are experiencing trouble with your dealings with HMRC bookmark the Talk Tax number, it could save you a lot of hassle.