The notorious tale of Sweeney Todd, the demon barber of Fleet Street arrived at the Wolverhampton Grand Theatre last night, performed by the Walsall Operatic Society. The Stephen Sondheim musical classic is a dark and macabre tale of murder, madness and cannibalism, all held together by a glorious score and just a little humour. In the hands of the WOC, it showed that it still has the power to thrill and horrify an audience at the same time. 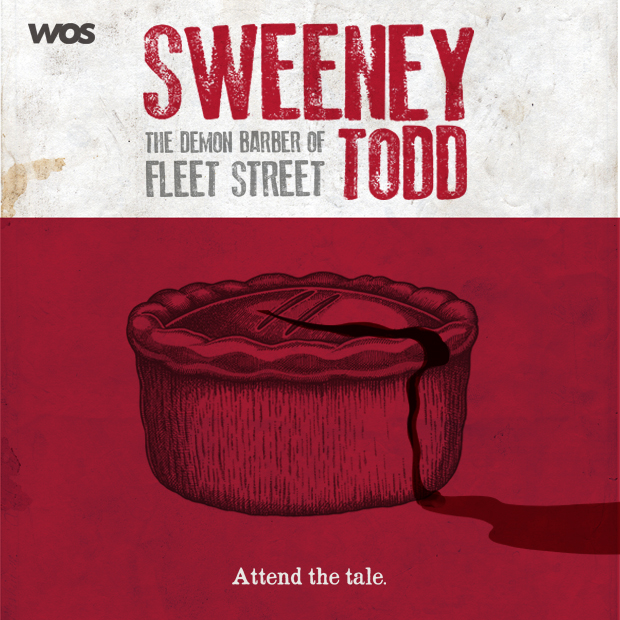 Benjamin Barnes has just arrived back in London, 15 years after being transported to Australia for life on a trumped up charge. He arrives with a family reunion on his mind, for the once successful barber was sent away by Judge Turpin and his Beadle. both with eyes on Ben’s beautiful wife, but he soon finds that his wife took arsenic, and the Judge now has the guardianship of his daughter Johanna. With the help of a local pie shop owner Mrs Lovett, currently down on her luck due to a meat shortage, Ben sets out to get his revenge, taking the guise of a new barber Sweeney Todd. But as the bodies start to mount up, Mrs Lovett comes up with an ingenious plan to get ride of all the unwanted bodies and soon her business is thriving. But people are getting suspicious, including Tobias Ragg, suspicious about the disappearance of his boss Adolfo Pirelli, and the strange beggar woman who seems to recognise Mr Todd. How long will Todd and Mrs Lovett be able to keep their gruesome secret. 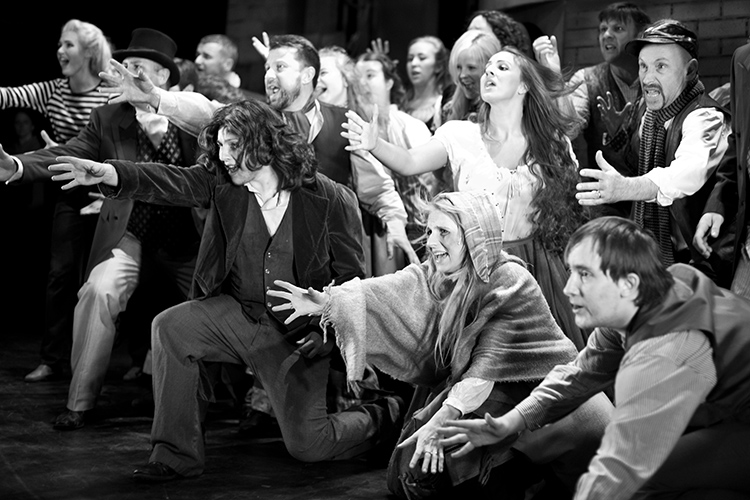 The ensemble cast is excellent, with Richard Poynton a brooding physical presence in the lead royal, and Steph Colemam putting in a scene stealing performance as Mrs Lovett. Meg Hardy and Christopher Room give the musical a softer edge with their note perfect performances as Anthony and Johanna, whilst Simon Docherty and Nick Hardy are deliciously villainous as Judge Turpin and the Beadle. The cast is rounded out by a funny performance by Craig Smith as master barber Adolfo Pirelli, and the pivotal characters of Neo Hughes as Tobias Ragg, and Katy Ball as the Beggar woman, both integral to the downfall of Sweeney Todd, and both impressive.

The musical numbers are delivered with aplomb by the company, giving this the feel of a grand musical spectacle. With impressive sets and direction from Tim Jones. Sweeney Todd is a musical well worth seeing this Spring.