A midweek standing ovation is a pretty rare thing, but that is what the hilarious ‘Rudy’s Rare Records’ got at the Birmingham Repertory Theatre last night. The superb comedy starring Lenny Henry had audiences on their feet with its mixture of warmth, laughter and Reggae, and is probably the only play I have ever seen where I have wished I had tickets for the following night. Yes, it is that good.

Rudy’s Rare Records tells the tale of a dusty, musty record shop in Birmingham that has seen better and busier days, and is now under threat from developers who are buying up the street it stands on. Rudy, an irascible, loveable old rogue, refuses to sell, he has a shop full of memories and stories that may (or not) be true, the store has his heart and he is not about to let that go. His son Adam (Lenny Henry) is more of a realist, despairing of the old man’s refusal to accept that the shop is now a relic of a time that’s passed, and how he ignores the bills that are mounting up. Add into the mix Adam’s son and great hope Richie, who has now got himself into a bit of bother, and you have all the ingredients for a very funny mix. 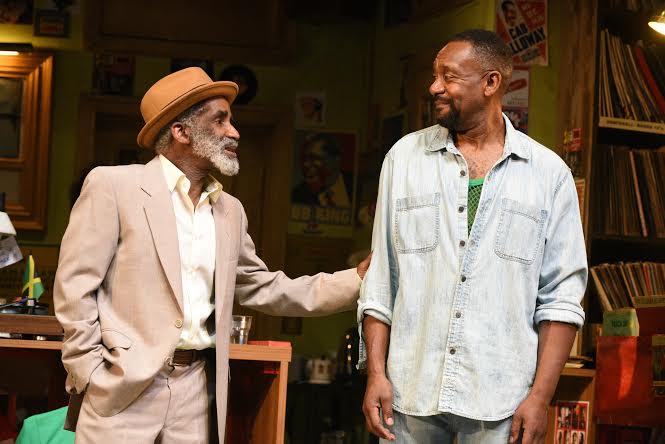 Lenny Henry is a revelation. For years he has been one of Britain’s funniest comedians, but here he is almost the straight man, feeding the lines for Rudy’s comebacks, and proving that he is now one of Britain’s finest actors. Young actor Joivan Wade also excels as Richie, struggling with a problem that he is unable to share with his dad. Joivan also has a fantastic singing voice which shines in later scenes. There  is also fine support from Jeffery Kissoon as florist (and Rudy’s partner in crime) Clifton. He steals a couple of scenes, particularly when he explains why he is English now (‘I like a queue, and apologise for things I haven’t done’ had me in stitches). Birmingham’s only black goth Tasha, played by Natasha Godfrey, is also a warm and engaging presence who lights up the scenes she is in. 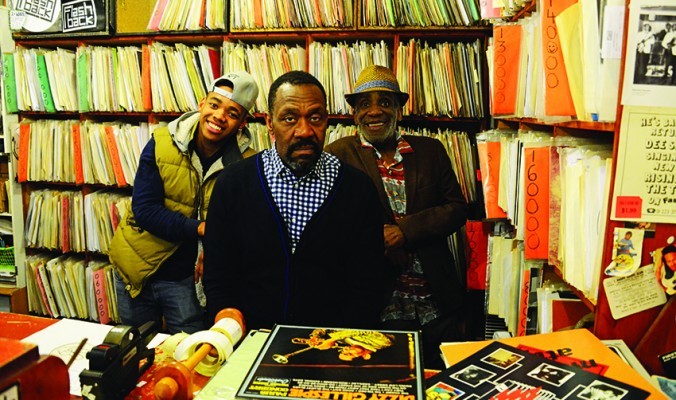 But it is Rudy, played by Larrington Walker, and his partnership with the sassy Doreen (Lorna Gayle) that bring this play to life, and deliver most of the laughs. Their banter (one line about creases in his underpants still had me laughing on the way to the car) and the visual jokes, were so hilariously funny that my sides actually hurt. The funny lines come so thick and fast that you actually miss some of them still laughing at the one before. Larrington Walker played Rudy in the original Radio 4 programme and I can’t imagine anyone who could play the part better. He is a sabre toothed charmer in a string vest – totally loveable and totally infuriating in equal measures.

Other mentions must be given to the amazing set design, which calls to mind every musty record shop I haunted during a youth spent searching for Bowie and Rolling Stones vinyl. And the songs, played by a live band, are amazing, a perfect mixture of 60s and 70s Reggae and Ska. Any play the includes the Liquidator is totally fine in my book, and add a bit of Jimmy Cliff and Bob Marley and you have musical perfection.

Rudy’s Rare Records is at the Birmingham Repertory Theatre until 20th September. I cannot make this any plainer – GO SEE IT!