One of the greatest political stories of modern times is that of how the Iron Lady, Margaret Thatcher, was ultimately brought down by her most loyal acolyte, Geoffrey Howe. The man who had been described by playwright Jonathan Maitland as Thatcher’s ‘political soulmate’ became her Brutus, her assassin with a resignation address that opened the floodgates to the growing dissent that had already been rumbling in the Conservative government.  ‘Dead Sheep’, which opened at the Birmingham Rep last night, looks into the intrigue, the key political characters of the time, and also the premise that it was Elspeth, Howe’s formidable wife, who penned the speech and sealed Thatcher’s fate. It is a masterpiece of political satire, absorbing, fascinating, sometimes hilarious, sometimes poignant, and, quite frankly, unmissable.

The play is a 6 hander, with three actors taking on single, key roles, and a further three actors playing a host of lead Conservative figures of the time. Steve Nallon, so famous for his Spitting Image portrayal of Thatcher, here reprises the role and is astounding. He is Margaret Thatcher, even the stance and the walk is correct, and those withering glances that could kill are there and used to powerful effect. His powerful is perfectly balanced by the wonderful Paul Bradley as Geoffrey Howe, played as a man of compassion and sensitivity, rather than the bumbling idiot Howe is often described as. Bradley’s performance is understated, part elder statesman, part henpecked husband, albeit with a politic wife and a real wife. Carol Royle is also stunning as Elspeth Howe, making her into the real heroine of the piece. Political, principled and charming, the scenes with Elspeth and Thatcher are almost a tennis match of thinly veiled barbs and insults, and the air literally crackles with tension. 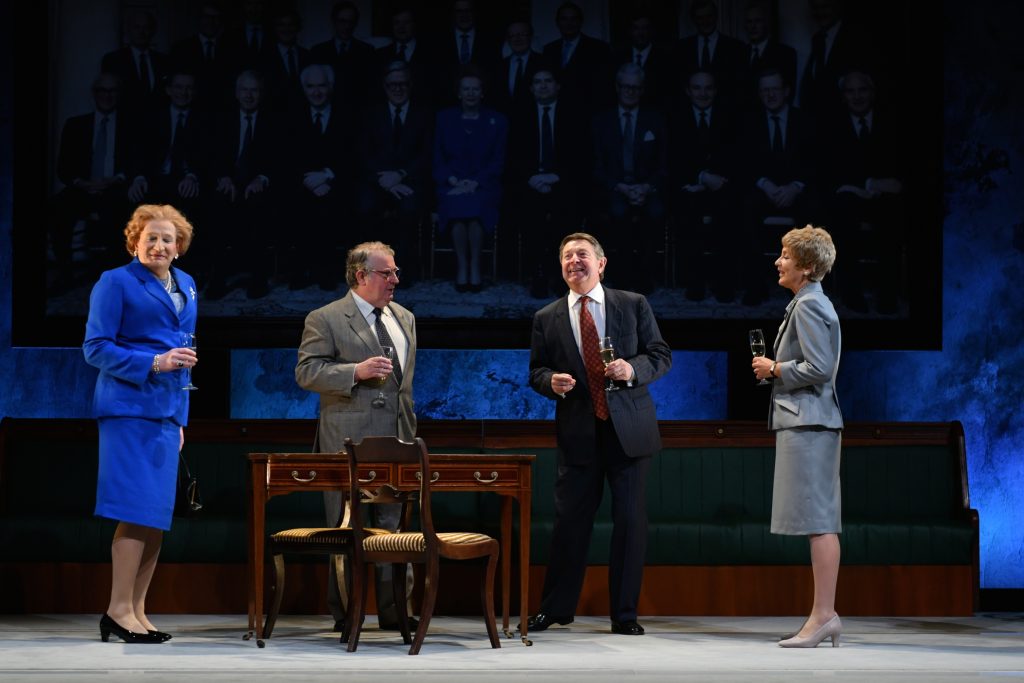 With such strong performances from the central characters, the other roles could be thankless tasks, but this is not the case. Christopher Villiers is just brilliant, his hilarious turn as ageing lothario Alan Clark, along with a very funny turn as Bernard Ingram, linger in the mind long after leaving the theatre. John Wark as Brian Walden, complete with lisp, is another highlight of a play that is full of very funny, memorable moments, whilst Graham Seed adds heart and pathos to the story as the tragic Ian Gow, forever loyal, always trying to hold things together.

Dead Sheep shows that politics can often be personal. The removal of a Prime Minister could be due to extreme matters of state, then again, it could be due to the loss of a rather beloved country pile. Dead Sheep is a look at British Politics in all it’s glory, with a story that still resonates today, Europe, politicians with beards, strong female leaders, 2016 is there to be seen in this look back at our political past. 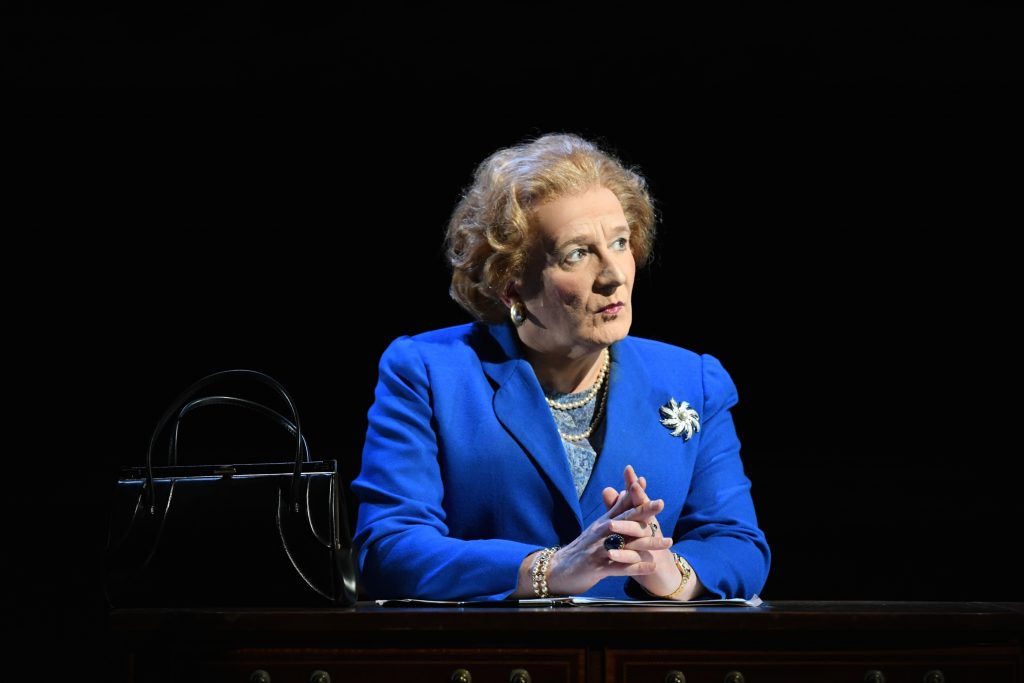