The wondrous, timeless music of Dusty Springfield filled the New Alex Theatre last night with the opening of the crowd pleasing musical ‘Son of a Preacher Man’, a jukebox musical telling a story of unrequited love using the classic hits of the great lady. And while ‘Son of a Preacher Man’ is no classic, it’s talented cast and those wonderful songs make it a good solid night of entertainment.

The story revolves around three lonely people who are all suffering from loss and have been unlucky in love. Paul (Michael Howe) is still yearning for Jack, a man he met at the Preacher Man record shop in the 1960s, but never revealed his feelings to. Alison (Debra Stephenson) is a lonely widow who has developed feelings for a barely legal schoolboy she has been tutoring (the most uncomfortable storyline to be honest), whilst Kat (Diana Vickers) has just lost her gran and is yearning for a gorgeous hunk(Liam Vincent-Kilbride) who rejected her profile on Match.com. These three people all descend on the old Preacher Man record store on Dean Street, Soho, in the hope of finding some answers from the legendary owner. Instead they find his son (hence the title) Simon, played by Ian Reddington, who has none of the charisma of his father, with the record shop now turned into a coffee bar. But maybe Simon, with the help of the trusty(and rather fabulous Cappuccino Sisters) can help these lonely, lost people find true love somehow. 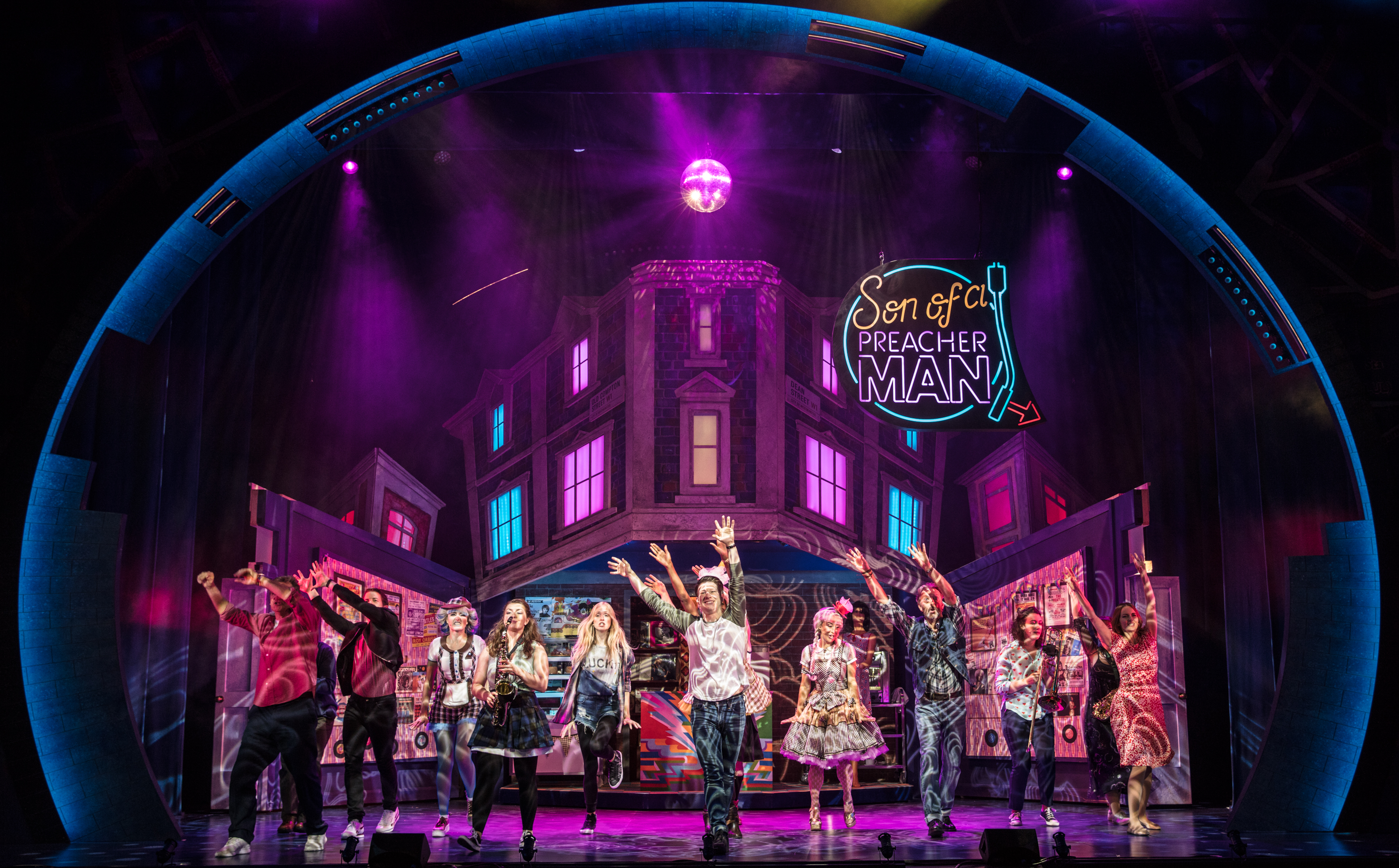 The cast is excellent, with Diana Vickers showing just why she should’ve won X Factor with ease. She adds her own spin on the Dusty songs, and with the exception of the thrusting and gyrating of ‘Stay Awhile’ each number is a success. Ian Reddington underplays his role to give a natural, lovely performance as Simon, a man lost in the shadows of his father. Debra Stephenson tackles what could be a difficult, uneasy role so well, making Alison come across as sweet and lonely rather than predatory, whilst it would be hard not to love Michael Howe as still hopeful Paul, he plays the role with such charm and enthusiasm. And I loved the Cappuccino sisters, great singers and performers who added a touch of early 1960s era humour to the show. 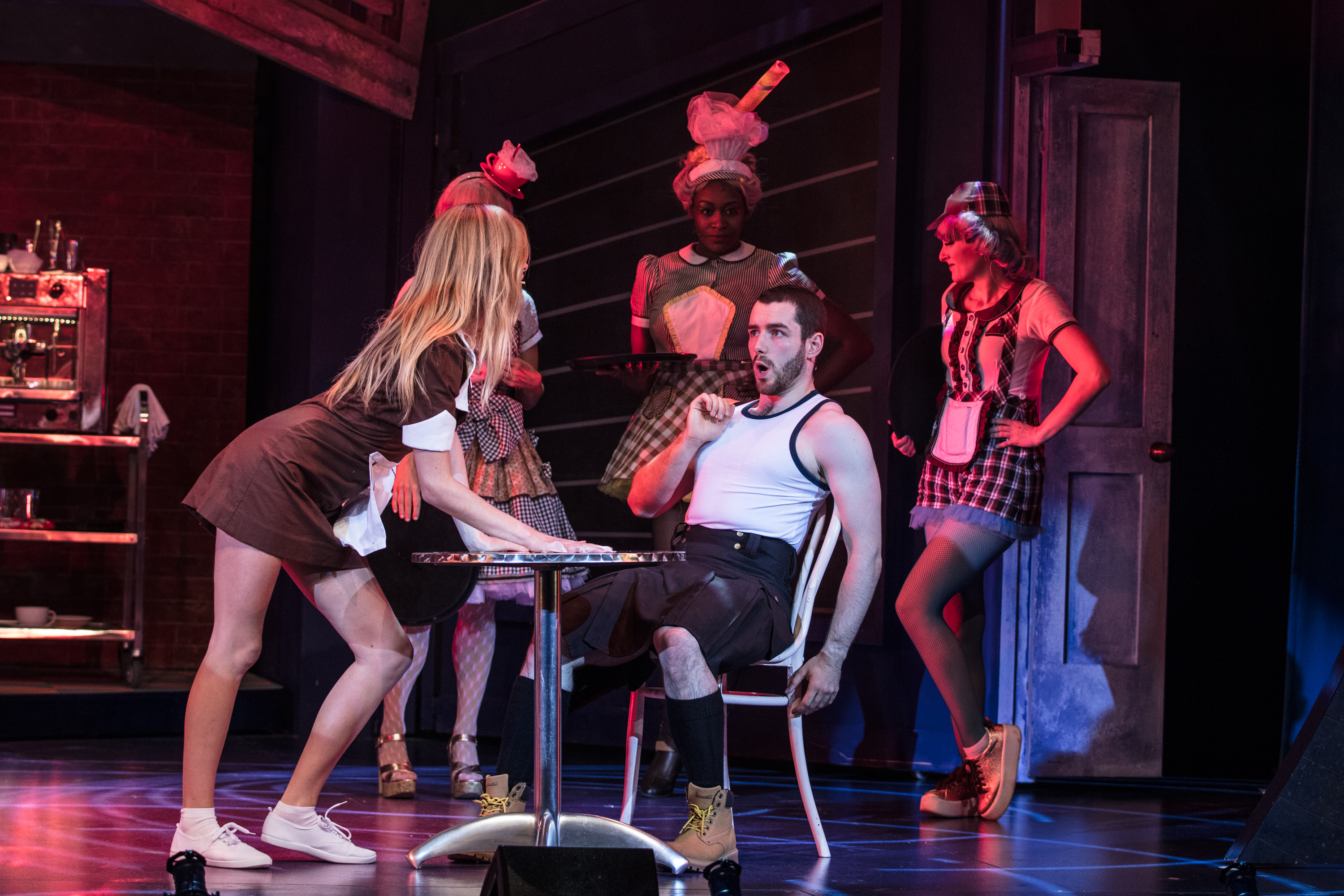 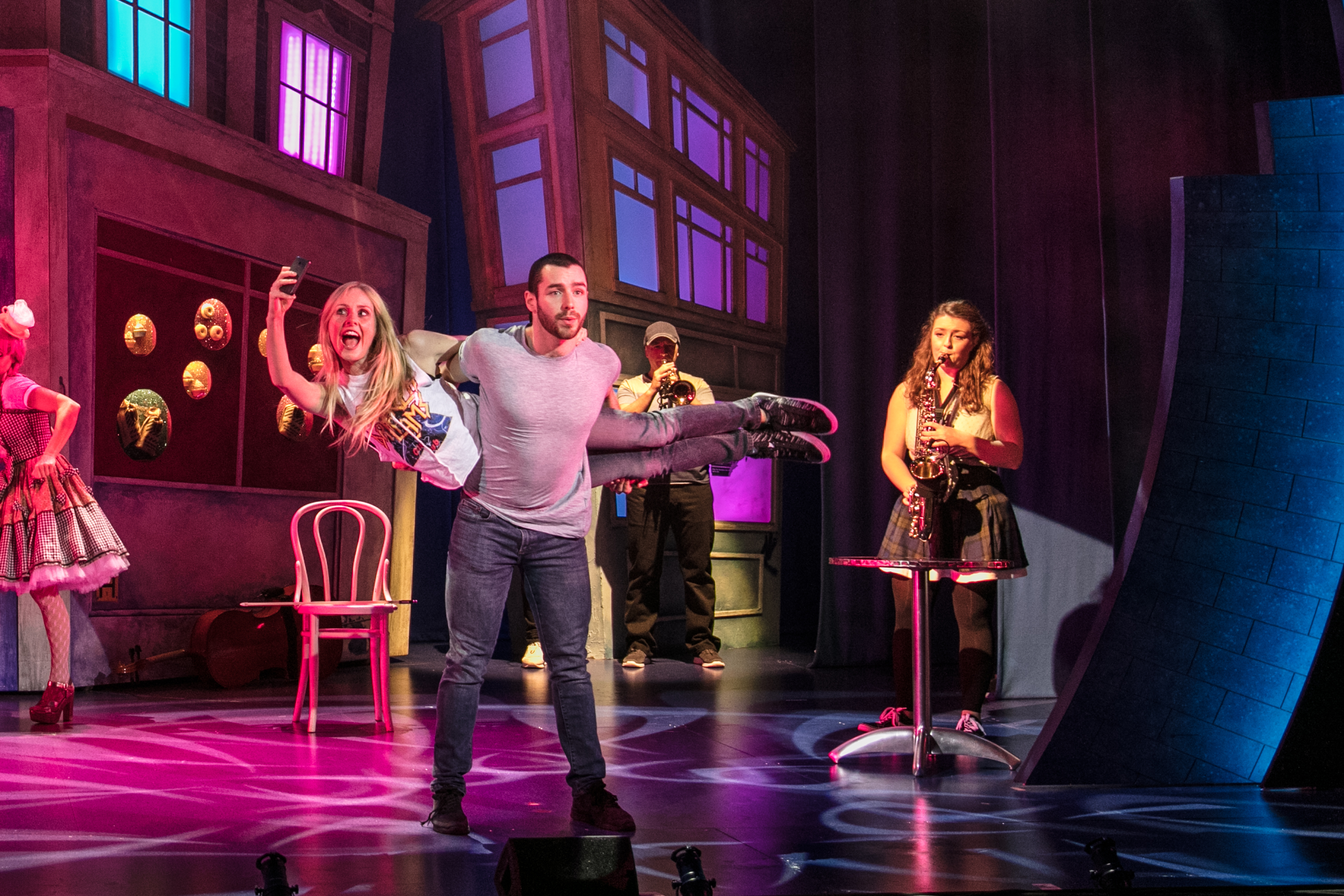 But it has to be said that the story is paper thin, with the ending where everyone suddenly finds love at exactly the same time feeling rather rushed, and maybe just a little too twee for what is, after all, adult entertainment. And, I still need to understand why the bereavement counselor was dancing like a chicken and dressed in what looked like bondage gear…yes that was a strange moment.

So when it comes to Son of a Preacher Man, I liked it, but didn’t love it. But if you love the music of Dusty Springfield this could be the one for you.

Son of a Preacher Man

Taylor Swift, Diana Vickers and the other singers rocking fashion. 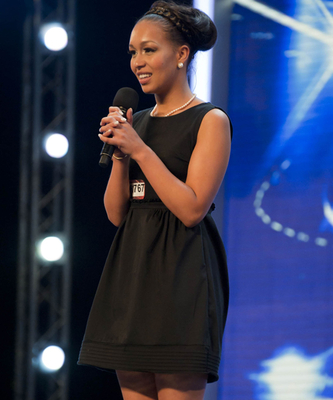