It is one of the biggest phenomenons of the 21st century. It was a series of books that spawned a range of mega hit movies, and made stars of the likes of Daniel Ratcliffe, Emma Watson and Rupert Grint. Even now, with the series finally finished, and it’s author JK Rowling virtually a legend in her own life time, its fame and popularity show no signs of abating. I am of course talking about Harry Potter, and, with Christmas on its way, there are a wide range of Harry Potter gifts already hitting the High Street, sure to sell out a long time before December 25th.

Harry Potter was initially a phenomenon that passed me by. I was too old to read the books (although, in fairness, many adults, including my sister-in-law were enthralled by them), and my boy was a little too young for the movies when they were first released. But now Joe is almost 10, and along with a love of the two David’s – Walliams and Baddiel, he is now discovering the work of JK Rowling, and the magical life of the world’s most famous wizard (sorry Merlin!). 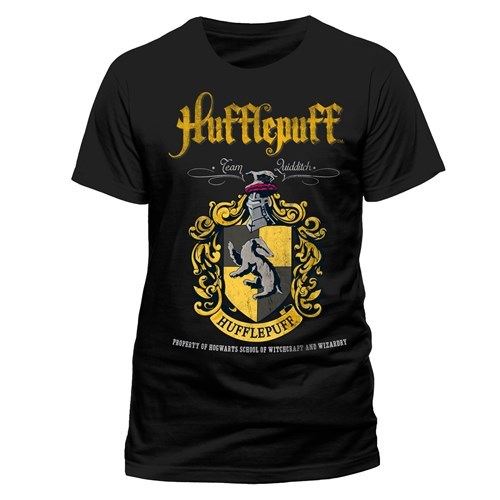 But Harry Potter is now so much more than the books and the films. Every self respecting Harry Potter fan already has these, in hardback, in paperback, on DVD, Blue ray etc etc. But there are an abundance of Harry Potter gifts available this Christmas, with HMV in particular, having a particularly fine range. 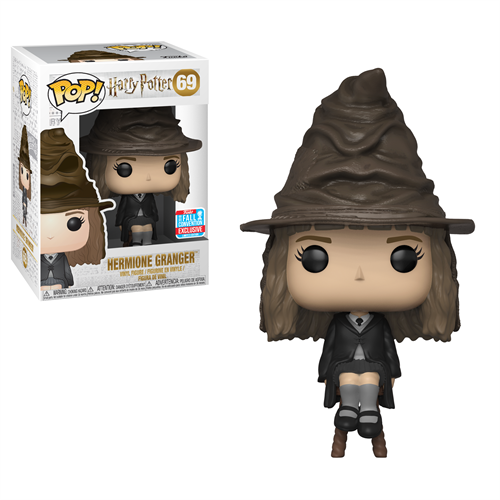 There are t-shirts with Hogwarts, Hufflepuff, Gryffindor and Ravenclaw emblazoned across the front, these come in unisex designs and are sure to delight and be well worn.  The Pop Vinyls collections continue to grow, and include mini versions and limited editions (HMV has some exclusive versions that are only available in their stores and website). There are magical colour changing glasses and doormats that are perfect for those recreating their own Hogwarts dorm. And no self respecting Potter fan would think of taking notes in anything other than the Mauraders Map notebook.

If you know a Harry Potter fan, these are the sorts of gifts that you should be adding to their Christmas stocking…which I’m guessing would be some variety of black school sock!

It’s hard to remember she was just a little girl when the Harry Potter franchise begun. Because has she has waved a fond, and teary farewell to Hermione Grainger, Emma Watson has been showing why she is considered one of fashion’s chicest icons. From brown and gold drama in Bottega Veneta, to more little black dress chic from Rafael Lopez, Emma is showcasing stunning looks again and again. Here is a rundown on her Harry Potter farewell Potter wardrobe.

Totally adorable, this is Emma in Audrey Hepburn mode wearing an exquisite princess dress from Oscar De La Renta. Sure to make all the best dressed of the year lists. 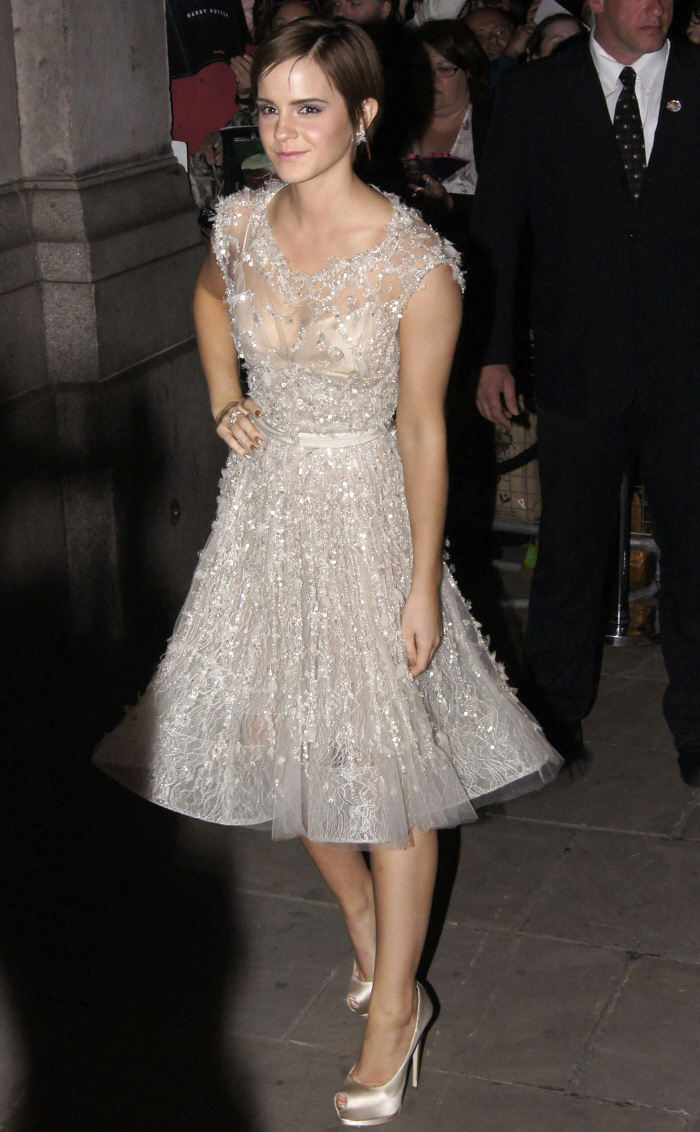 For the London aftershow party, Emma wore this midi length dress from Elie Saab. Loving the length and the sparkle of the dress, it avoids looking twee due to that haircut. 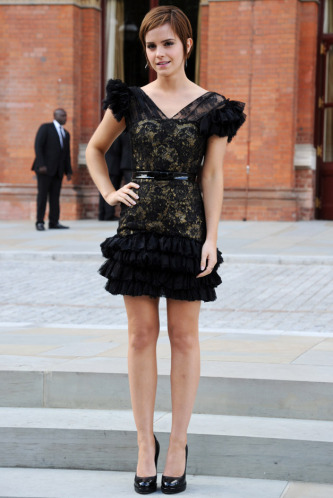 Absolutely adore this short and sexy style by Rafael Lopez. Emma wore something very similar by the same designer last year, and this is a very classy spin on the little black dress.

This dress has split opinions, but I think this bronze/gold creation by Bottega Veneta is gloriously dramatic. I particularly loved the styling of the slicked back hair and brown glitter eye make-up which makes me think of a 1960s era Twiggy. 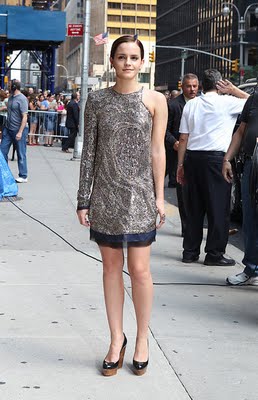 A sign of a sure fashionista is when Balmain starts popping up in the wardrobe. This dress has a 1960s feel, I love the fact that just the one arm is exposed, leaving all the limelight to Emma’s fab legs. Very directional and fashion-forward.

I am so impressed by Emma’s superb sense of style at such a young age. She really leaves other starlets way behind in the style stakes. Can’t wait to see what she wears next!