If you have a small child, you will know all about ‘The Tiger Who Came to Tea.’ To put it in its simplest terms, it is one of the most beloved and popular children’s books of all time. Written by ‘Mog’ author Judith Kerr, The Tiger Who Came to Tea is a wonderful story of a rather large tiger, who visits a little girl called Sophie and her mother, and stays for tea, literally eating the family out of house and home. 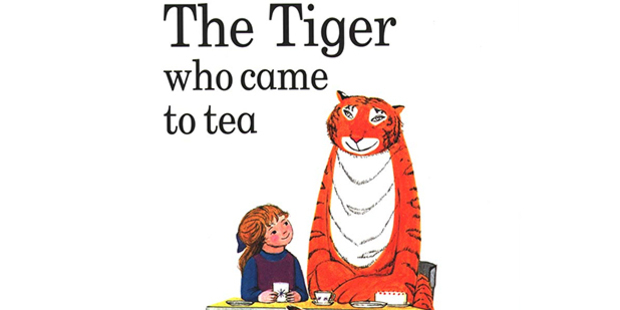 The latest production of the stage version of the story is currently midway through a run at Birmingham’s Town Hall, and is totally thrilling its audiences, young and old. For those familiar with the book and its wonderful illustrations, the setting of Sophie’s kitchen is instantly recognisable, as are the cast, with Sophie in her plum dress and patterned tights, and mom resplendent in green. The story is a great one for younger members of the audience, with songs and the use of repetition that is always a great way to engage the under fives. The ‘tick tock’ song is effective in explaining the day away whilst we are waiting for the star of the show to appear. 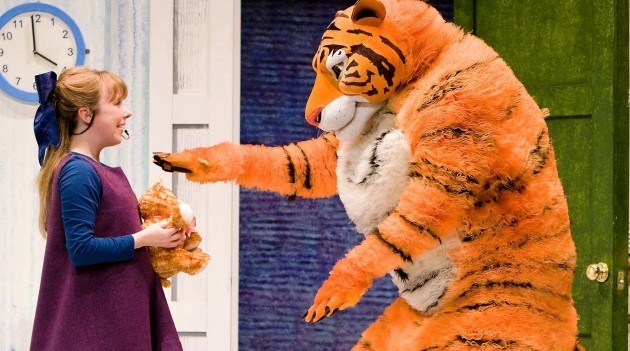 The star of the show, is, of course, the tiger. From his first appearance, with a paw around an open door, he just enchants the audience. True to the illustration from the book, the instantly recognisable tiger is a real charmer, so polite and friendly in his dealings with Sophie and her mom. His Tiger workout routine, which all the younger members of the audience happily participated in, was a definite highpoint of the show, certainly for my little boy, who was still talking about it later on in the afternoon. 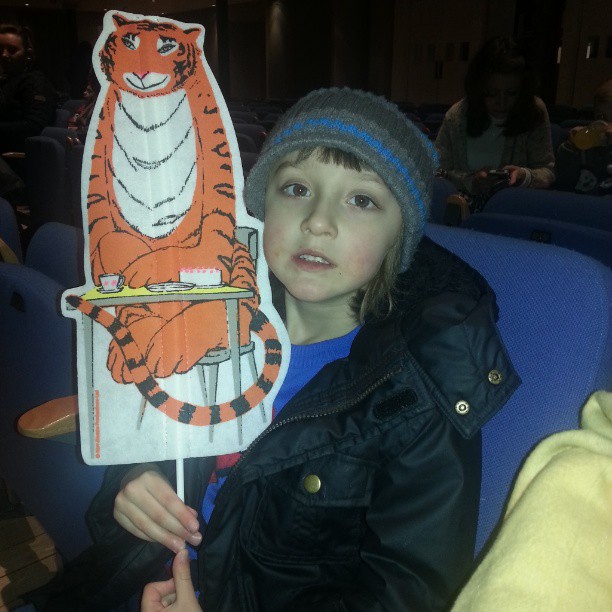 The show lasted 55 minutes with no interval, this length was just right for the audience, and finished with the line about the tiger never returning, which many of the children joined in with. The Tiger Who came to Tea is a delight from start to finish and delights its audience – whatever their age.

The Tiger Who Came To Tea runs until Wednesday 14th January at Birmingham Town Hall, click here for times and ticket information.