Does Newsweek’s Kate-and-Diana cover creep you out?. 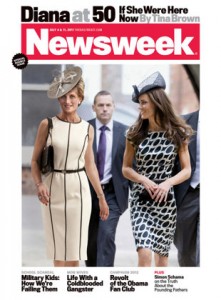 This is a special cover of Newsweek that commemorates the fact that the forever young Princess Diana would’ve celebrated her 50th birthday on 1st July, Tina Brown, editor in chief of Newsweek, and a close friend of Diana, surmises that a 50th year old Diana would’ve been as fabulously fashionable as ever, would’ve been on Twitter and would have submitted to the lure of Botox to keep looking eternally young. The cover of course, shows Diana with daughter-in-law and current royal darling Kate.

Many people have said they are slightly freaked out by this cover (see link above), but I personally think it is rather poignant. It is hard to think of Diana at 50 – getting old and needing to Botox wrinkles, and the fact that she never got to see her son grow up and make such a fab choice for a bride is something that is really sad. The cover above is what could’ve been – a sorry reminder of a princess lost.

In the next month you can be sure of at least one thing – Kate Middleton’s face is going to be appearing on an awful lot of front pages. From glossy magazines to tabloid newspaper’s, Kate’s beautiful face is going to adorn them all.

But I think you will have to go a long way to beat this beautiful cover of Newsweek. Showing Kate wearing her Burberry mac on her recent visit to Belfast, this is a lovely, natural picture of a really beautiful women. 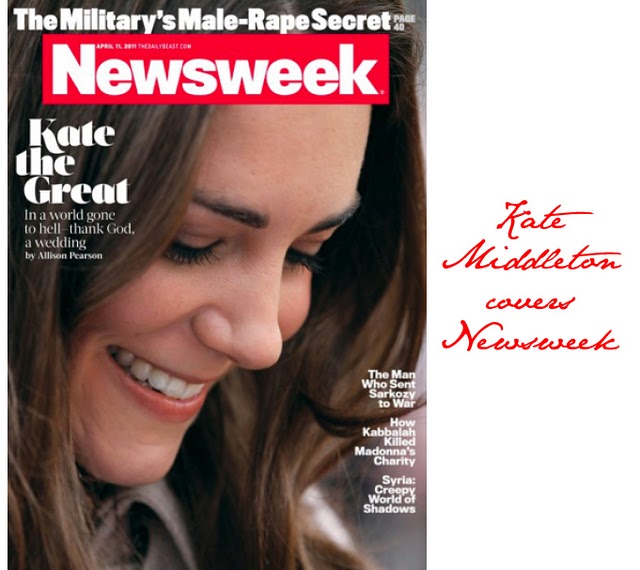 It is now just 23 days until the Royal Wedding and the whole world seems to be going Kate mad! Keep reading for the Kate update.