The first Bank Holiday of 2016 is almost upon us. Yes, Easter arrives this week, and families everywhere are looking for ideas and activities that will keep their little ones occupied, whatever the weather. As a mother of a very active, 7 year old boy, I know how tiring it can be keeping children who are used to being busy at school, occupied once they come home. But there are things you can do, and it doesn’t have to break the bank.

Yes the weather isn’t great, so grab a duvet, pick your favourite dvds – Disney, Pixar or Dreamworks are always great, and then all you need is the movie snacks to have the perfect afternoon. Tesco Direct have a range of offers just in time for the Bank Holiday so you should be able to make some savings on all your family favourites. You could also do an adult version of this which you can read about here.

2. Make use of your local park.

Whether you take a football, a bat and a ball or the dog, local parks are a great way to pass the time away. They cost nothing to use, you can take your own picnic and they can be used in a myriad of ways, from playing on the swings and slides, to taking part in a nature trail. If you have just the one child, parks are a lovely way of letting your child meet and play with new friends. 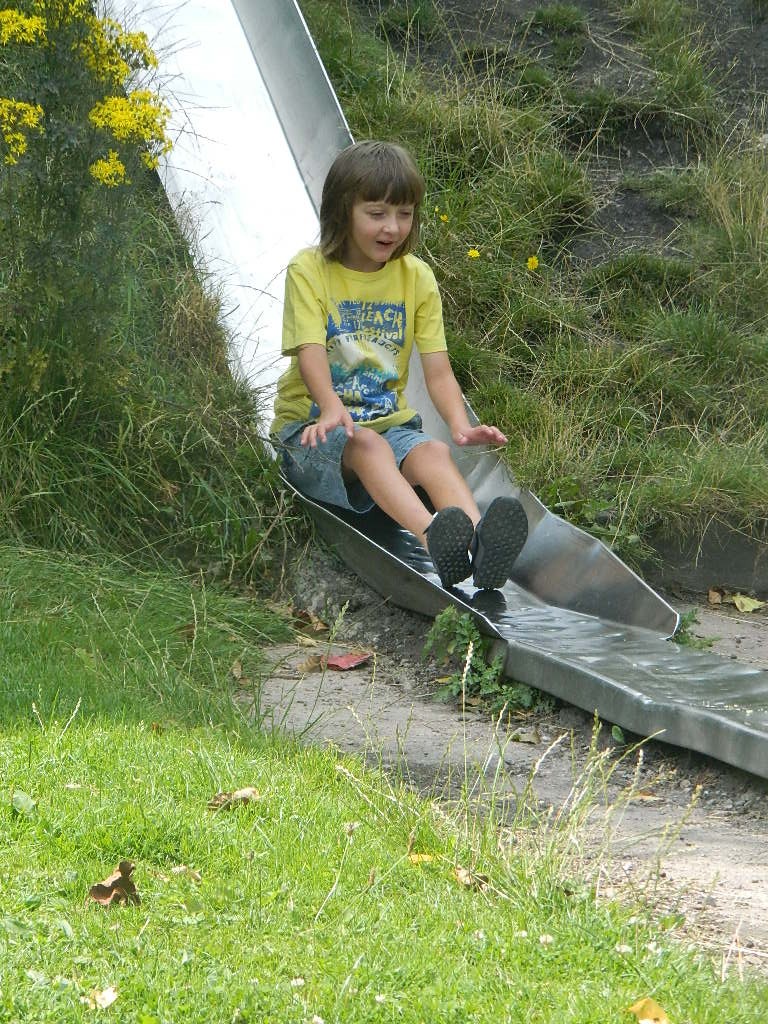 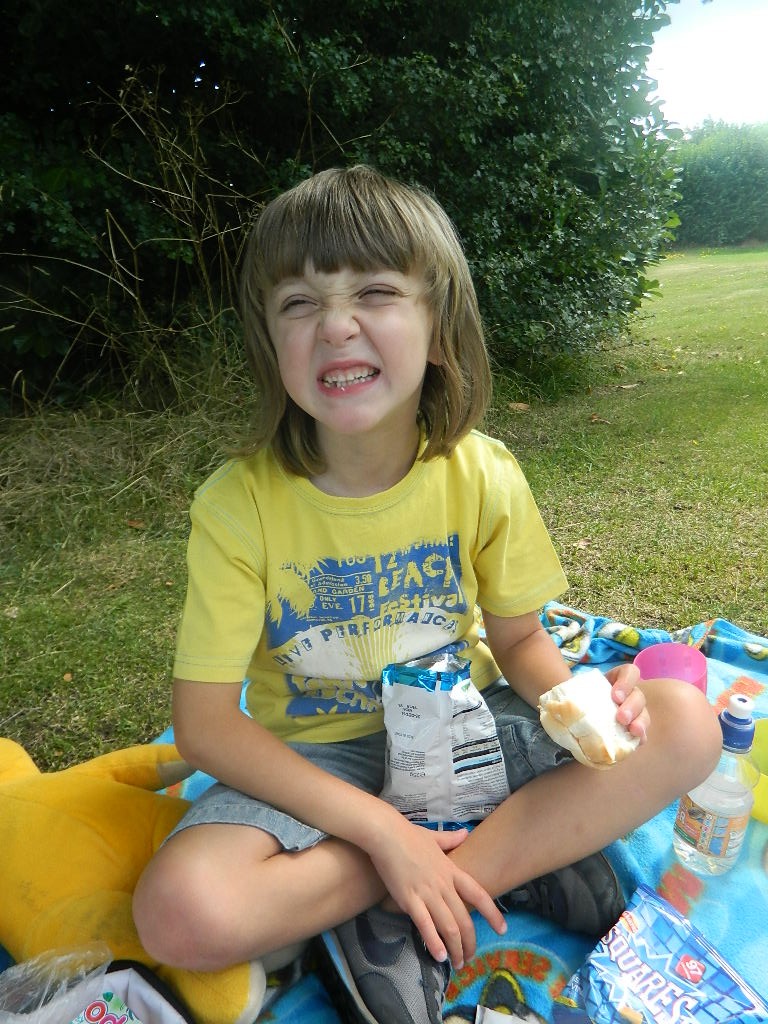 All children love the romance and beauty of castles, they fuel the imagination in so many ways, transporting kids to a land of Kings and Queens, Knights and battles. Warwick Castle is an amazing example of a working, intact castle, but castle ruins can be just as much fun. We visited Criccieth Castle in Wales last year and had great fun running around the ramparts with a wooden sword. Entrance was less than £5 and the views were spectacular. 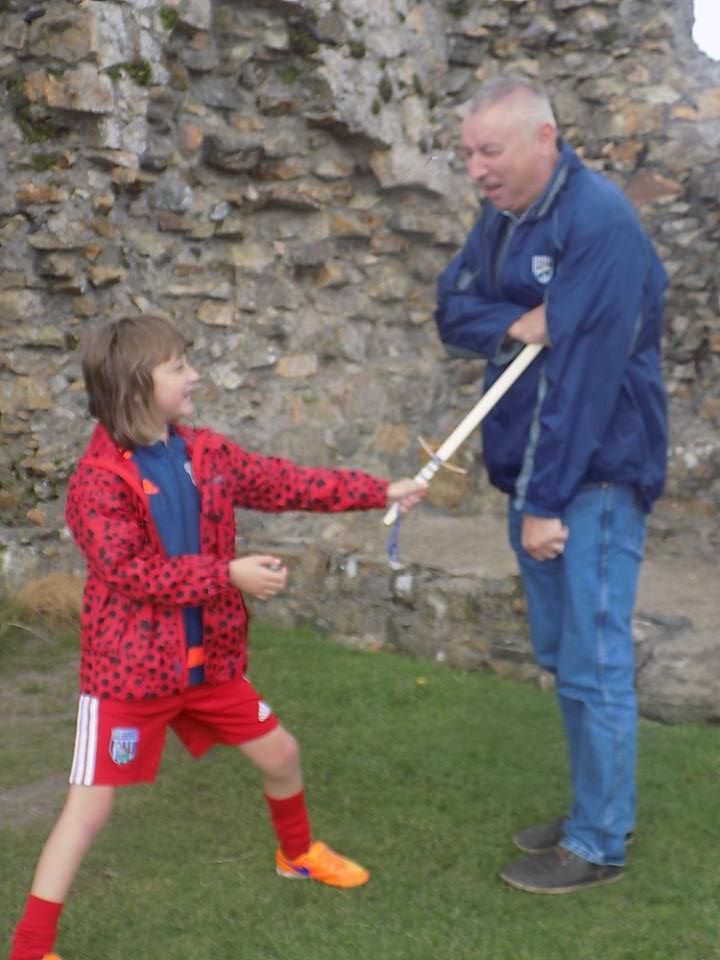 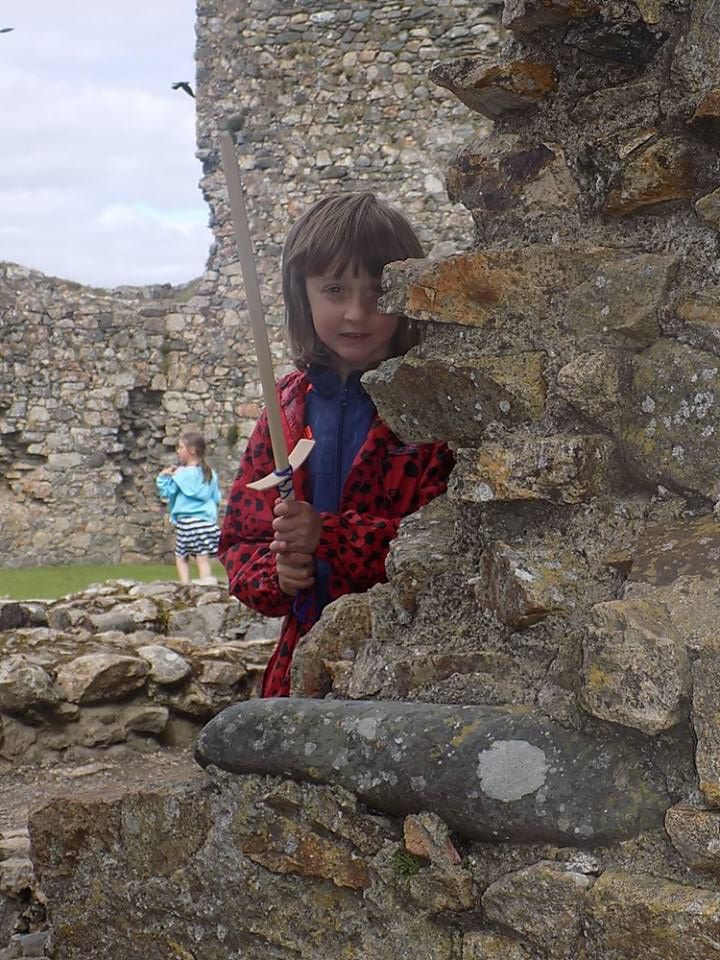 If your child has a love of football, it may be a good idea to check out one of the many soccer camps that Professional football clubs run. My boy is a West Bromwich Albion fan, and spends at least part of his school holidays playing football in soccer courses that are organised and run by The Albion Foundation coaches. These are brilliant for keeping children active and engaged, and the presentation ceremony at the end of the week sees all children leaving with a well earned trophy. 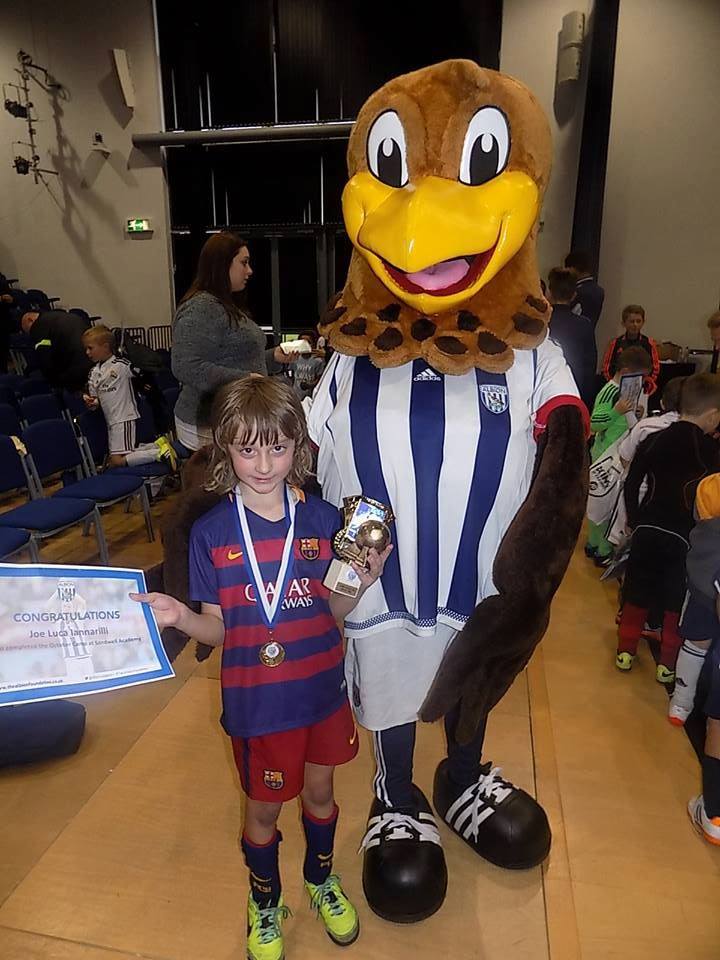 It may not be beach weather, but that doesn’t mean you can’t make use of your local pool in order to enjoy some water based fun. Some pools will have additional activities and inflatables during the school holidays that make sessions twice the fun. (We enjoyed a total wipeout style assault course at our local pool which was hilariously funny – even if you were just spectating.)

What will you be doing this Bank Holiday?

WESTLEY RICHARDS & CO. has been making unique shotguns and rifles since they were founded in 1812. Today, they offer the most comprehensive range of bespoke shotguns and rifles by any single English maker. What is even more impressive is that every item is built in the Birmingham workshops by a team of highly skilled and enthusiastic craftsmen, many of whom started in Birmingham as young apprentices. The company stays true to the ethos of it’s founder, Westley Richards, who promised “to be the maker of as good a gun as can be made”. 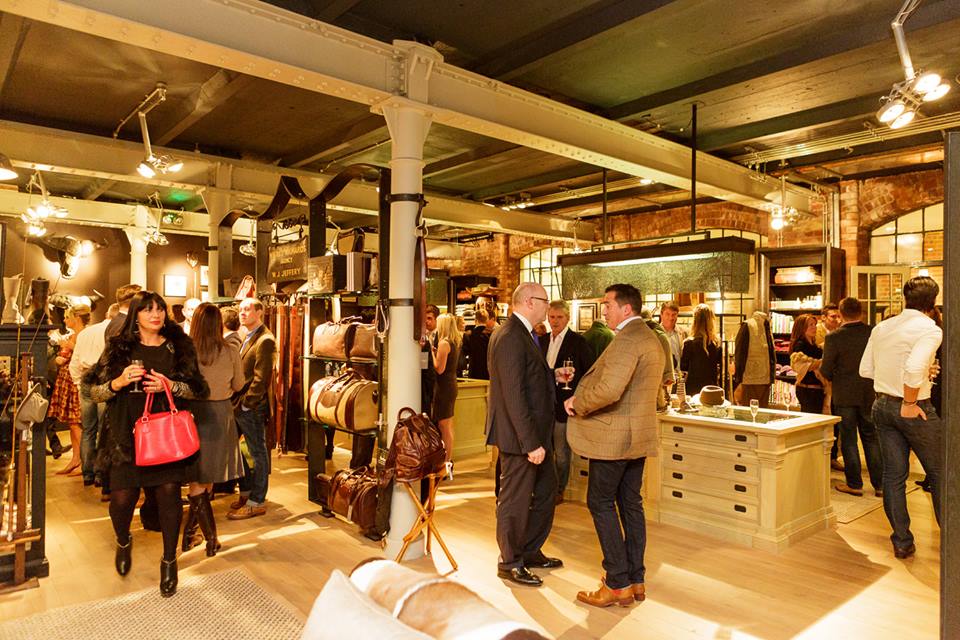 Westley Richards moved to its present location in 2008, and this was the setting for the celebratory evening. The base, a former enameling workshop, is just stunning, a triumph of using traditional buildings for modern-day requirements. The exposed brickwork and original large windows are just spectacular, and make the whole building impressive and awe-inspiring.

On the evening, guests were greeted by waiting staff wearing traditional black check and white outfits (a gorgeous touch!) and bearing glasses of champagne. There was an initial chance to peruse the store, which stocks a glorious mixture of bespoke, personalised leather goods which are handmade on site, and other complimentary products such as Courtney Boots and brands like Schoffel Lyndon, Barbour and Levi’s vintage. The range of beautiful products, set out in the equally beautiful store made it very easy to start a Christmas wishlist, and I had my eyes drawn to an exquisite hat, festooned with beautiful ribbons and feathers. 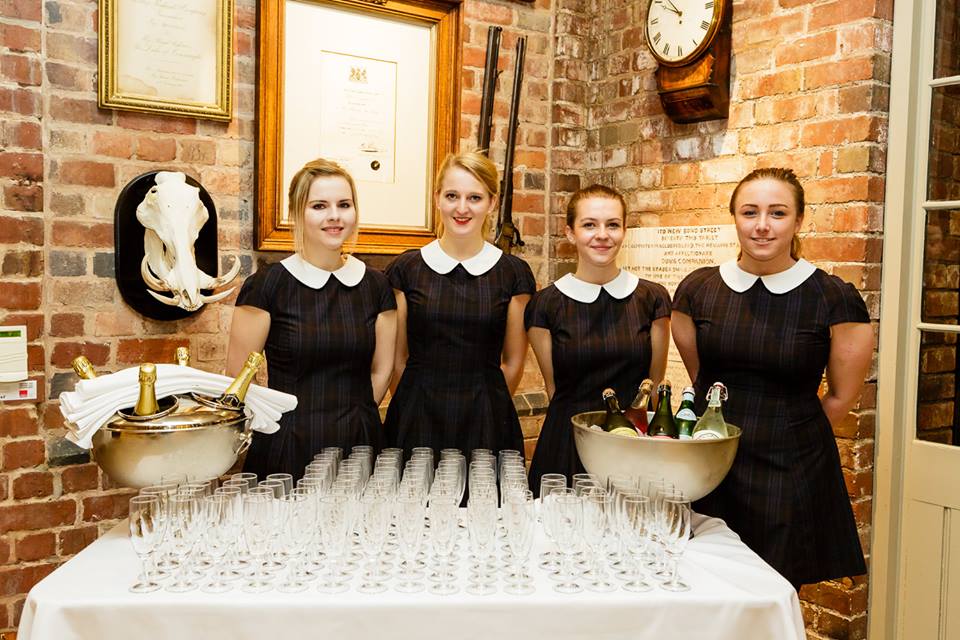 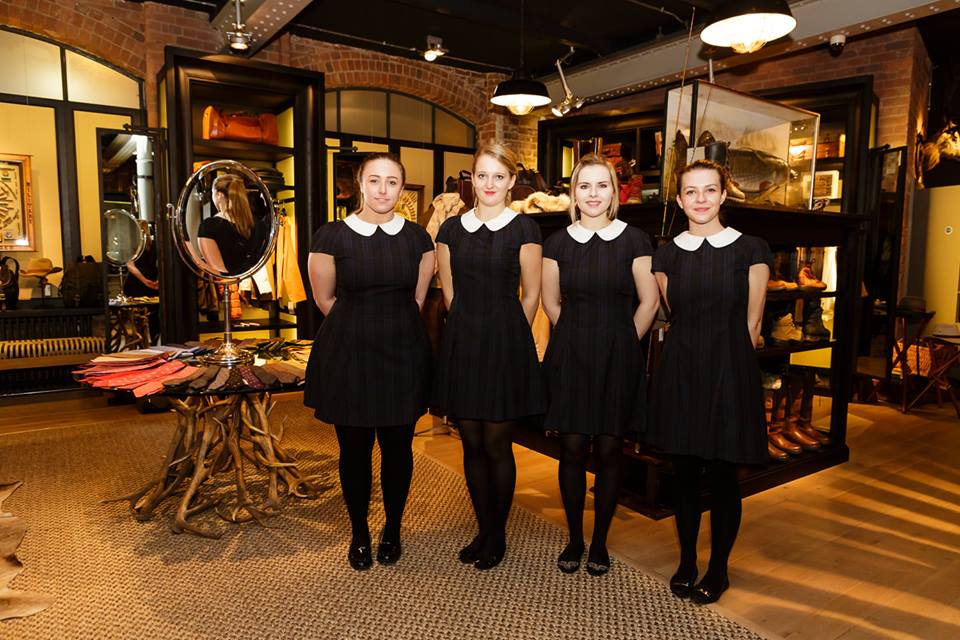 We were then treated to a tour of the workshops and factory. This was a fascinating glimpse into the artistry and craftmanship that goes into creating just one rifle. We also heard about the history of the guns, how they were often the property of big game hunters in the days of the British Empire, and how, nowadays, most of the guns are made for the US market. Each gun is made to order, and can take a staggering 3 years to produce. We also had the chance to look into the leather workshop, to look at the beautiful materials that are turned into luxury luggage and bags (the rucksacks in particular are just incredible – another for the wishlist.) Bespoke engraving was offered on the evening for any bags and luggage purchased.

On returning to the shop there were more opportunities to browse, as well as delicious nibbles of game, and, of course, more champagne. I was particularly impressed with the wonderful changing rooms, which were more like a dressing room of old, continuing the quintessence of Westley Richards as a byword for quality and class. 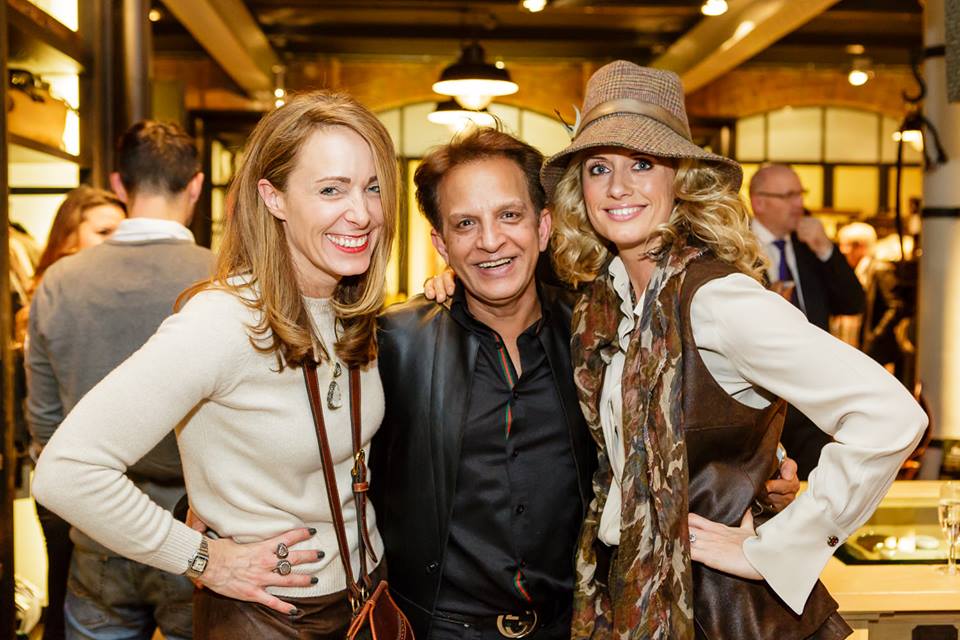 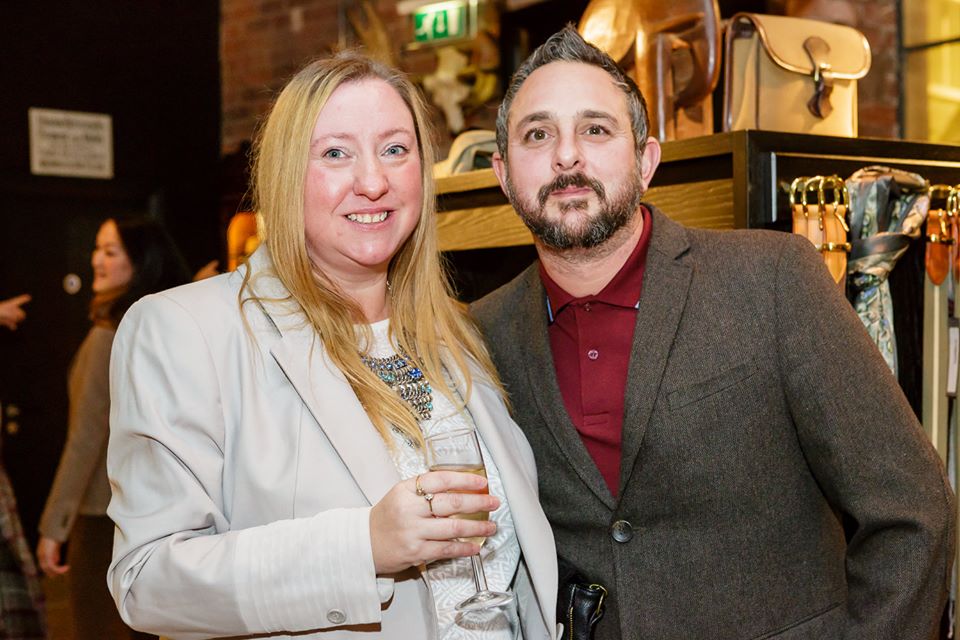 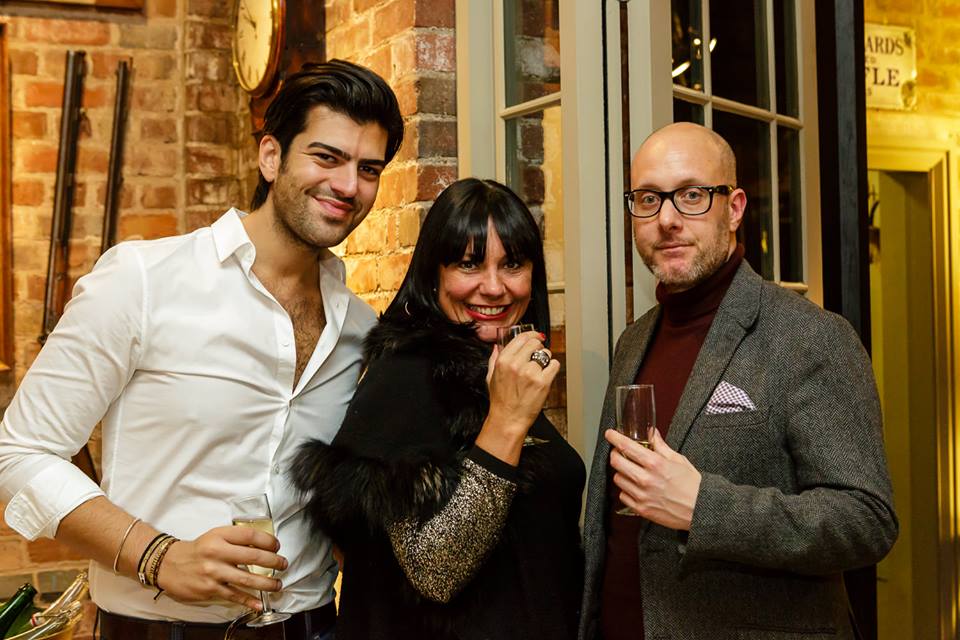 *With thanks to Westley Richards and Lotty Harper events for the invitation to a wonderful evening.

The glamour and elegance of the Hollywood musical came to the Wolverhampton Grand last night, for the opening of the award-winning musical delight that is Top Hat. The classic songs of Irving Berlin and the sheer romance and screwball comedy of the show had the audience totally enthralled from start to finish, with the spirit of Fred and Ginger most definitely lingering in the air. 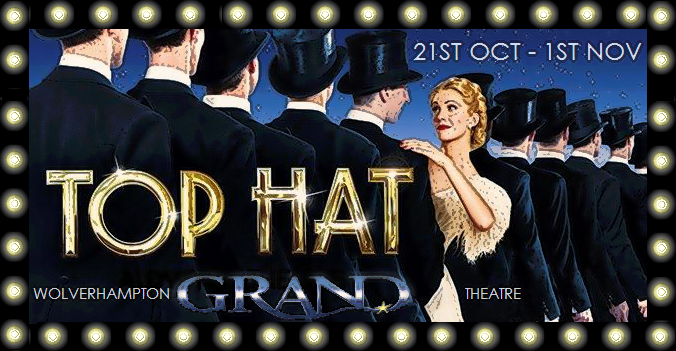 Top Hat is one of the most beloved musicals of the 1930s, it was certainly the crowing moment of the Fred Astaire and Ginger Rogers partnership. It is one of the strange paradoxes of the 1930s that whilst the world was going through the great depression, with many living in poverty and hardship, the movies got bigger, more extravagant and filled with evermore glamour, glitz and glitter. Escapism was the key, and you can’t get any more escapist than Top Hat. 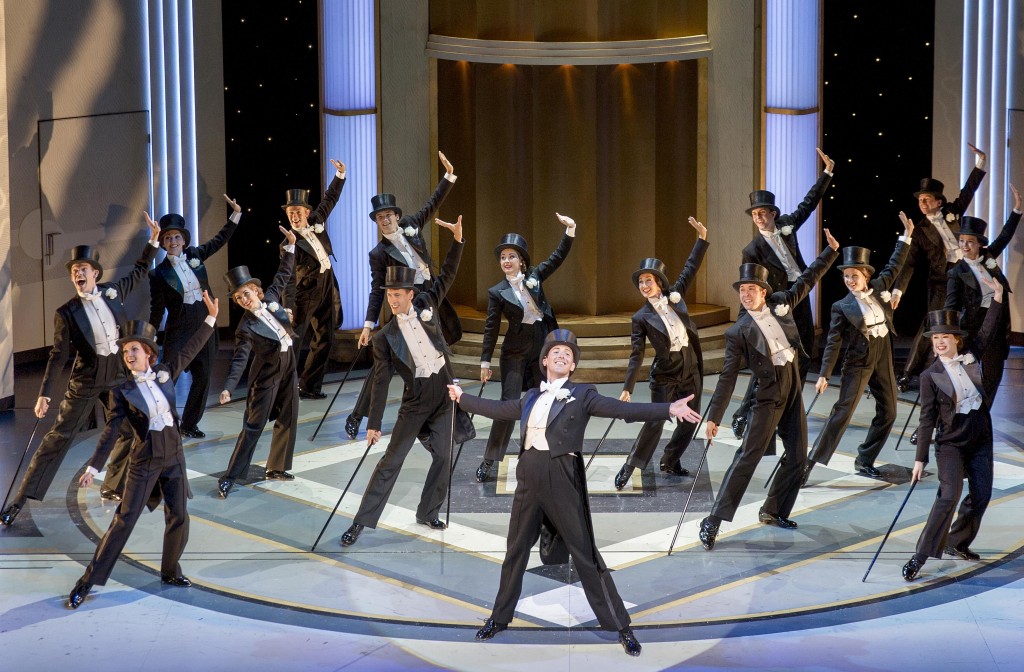 The story is the classic tale of mistaken identity that thwarts a promising romance. Broadway star Jerry Travers arrives in London for a triumphant West End debut. Whilst staying at a stunning Art Deco hotel (surely The Savoy, complete with the most amazing Art Deco sets) he meets the beautiful Dale Tremont, a woman who seems immune to his immense charm. Jerry wins her over, during a dreamily romantic sequence in the rain, but then loses her again when she mistakenly believes him to be a married man. Jerry then make a trip to Venice to get the girl of his dreams. All sorts of madcap adventures ensue before the inevitable happy ending. 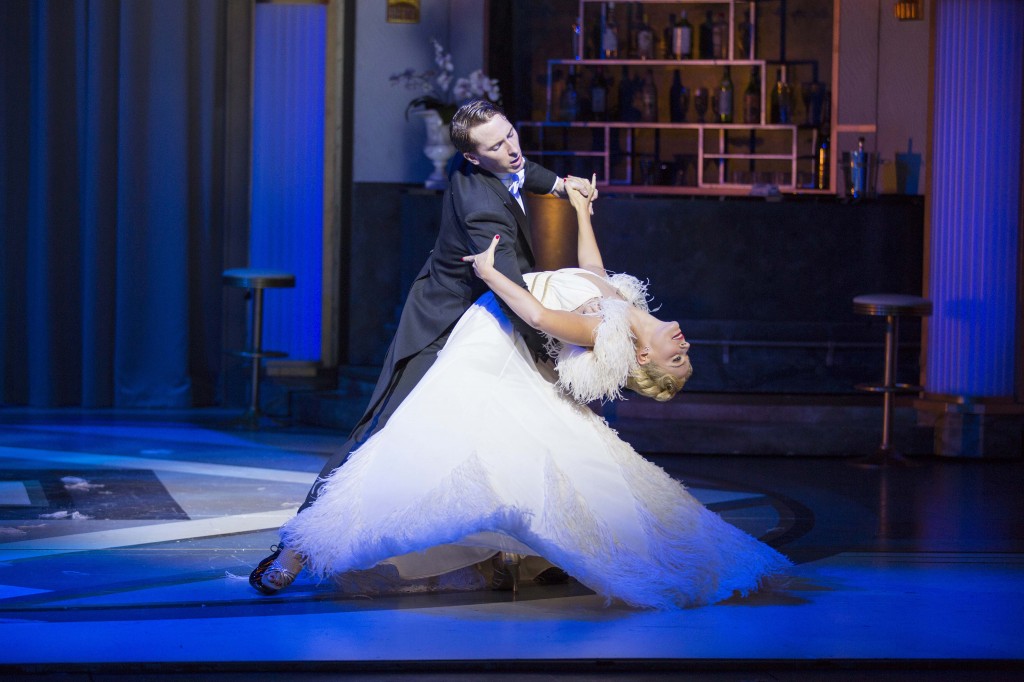 In the role of Jerry, Alan Burkitt is absolutely perfect. Showing immense charisma, he makes Jerry immensely likeable, but is also suave and sophisticated. His tap dancing is admirable, you cannot help but compare him to Fred in the same role, but Alan Birkett compares favourably – he is lithe, energetic and supremely elegant, a perfect leading man.

The Ginger Rogers role is played by Charlotte Gooch and she is simply stunning. A gorgeous presence, Charlotte has the acid wit of Dale down to a tee, and can yet be vulnerable too, particularly during the beautiful ‘Better luck next time’. Her statuesque physique makes her more than a match for Jerry, and she is grace personified in the exquisite costumes that she wears throughout, particularly the famous white feathers of ‘cheek to cheek’.

The supporting cast is equally wonderful. Clive Hayward, as Horace Hardwick, has many of the best one liners, whilst his wife Madge (played by Rebecca Thornhill) brings to mind the wit and style of Katherine Hepburn. I loved Bates (John Conroy), the faithful valet who is hilarious in a series of different disguises (I won’t spoil the story by revealing why.) Another hilarious turn is Sebastien Torkia as the cartoon Italian designer Alberto Beddini. His mangled English is a joy to behold.

Of course, the story is only a small part of Top Hat. Those classic songs, from ‘Puttin on the Ritz’, ‘Let’s face the music and Dance’, and the exquisite ‘Cheek to Cheek’ all sound as good as ever, a testament to the genius of Irving Berlin. The choreography by Bill Deamer is perfectly balanced, the energetic tap dancing contrasting  superbly with the romance of the American Smooth styles. The sets were truly astounding, the Grand stage was transformed into an Art Deco paradise hotel, and then the Venice Lido. The set changes were seamless, and, apart from a slight hitch when the stage doors failed to open properly, they were also flawless. And the costumes were exquisite, Jon Morrell harnessing all that was stunning about 1930s style, creating incredible look after incredible look (oh for an hour in Dale’s wardrobe.)

Top Hat is a night of glamour, romance and sheer escapism. Don’t miss it.

Top Hat is at the Wolverhampton Grand until Saturday 1st November, click here for ticket information.