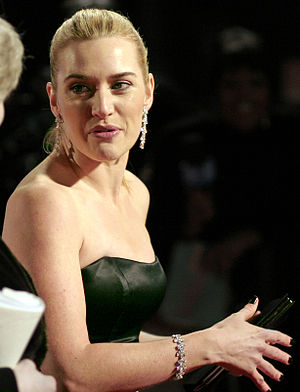 According to all reports, this week has seen the double Oscar-winning actress Kate Winslet turning into a super hero. Kate was a guest at the Necker home of Richard Branson when fire broke out following a tropical storm. Kate helped to clear the house of all the people present, and apparently helped save Richard Branson’s ninety-year old mother.

I frankly adore Kate. She’s an amazing, luminous actress with talent in spades. She’s beautiful, but in a natural,  rather than over glossed way. And I totally adore her personal style. So, in tribute to Kate, who has just added Super-hero to that already impressive resume, here are some of my favourite Winslet fashion looks.

Kate was an early supporter of Alexander McQueen. She wore one of his designs for Titanic‘s Oscar Night, a beautiful, baroque style green dress that was highly praised, but my favourite McQueen look was the beautiful medieval style wedding dress she wore for  her first marriage to Jim Threapleton. This was such a beautiful dress, very vintage inspired and extremely flattering. 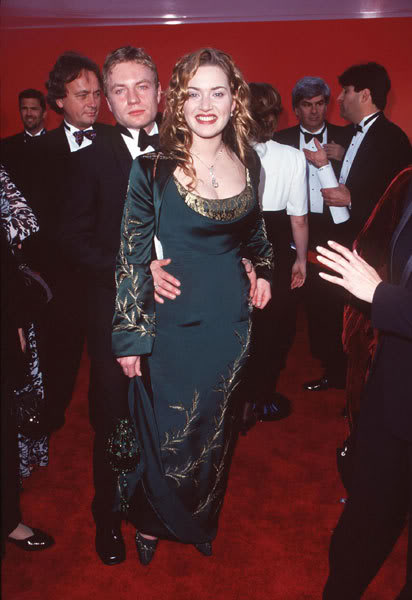 Kate has always bought  sheer class to Oscar night, with a string of beautiful, elegant looks which mean she is always near the top of the best dressed list. My absolute favourite, indeed, one of my favourite Oscar dresses of all time, is the red Ben De Lisi gown with the floral strap. This was a truly feminine design that stood out from amongst the sea of red carpet black. Kate has worn coloured Oscar dresses since, notably the blue Badgeley Mishka design and the pale green Valentino that she wore when she was nominated for Little Children. 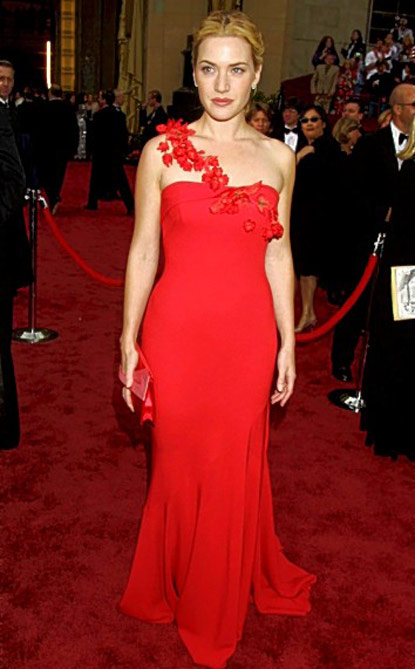 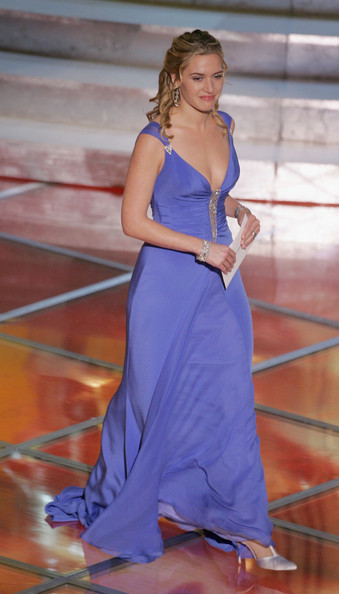 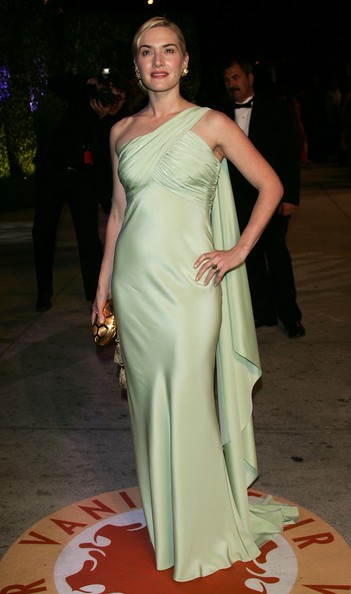 I think part of the reason I love Kate so much is that she embraces the look of old Hollywood. She just looks like a movie star should. Immaculate, glamorous and groomed. She often reflects the look of her dresses with a Marcel wave to her hair. And she never overdoes it, not for Kate massive amounts of ‘bling’, Kate keeps things simple and elegant. I loved the silver YSL  strapless dress she wore to the Oscars in 2010…and her hair had that touch of Veronica Lake that just enhanced the whole look. 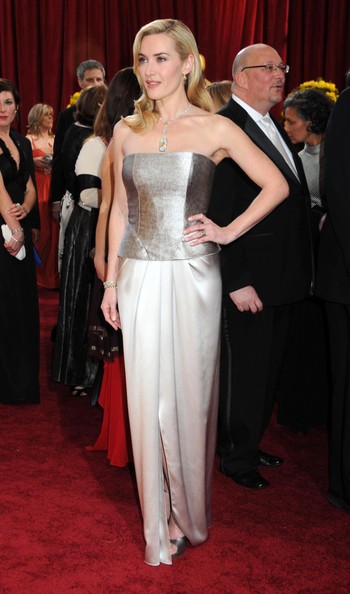 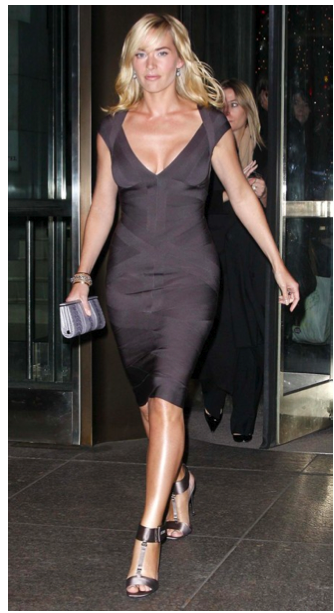 Kate is always immaculate, always fabulous, and most important she is always a lady. Here are a few more of Super Kate’s fabulous looks. 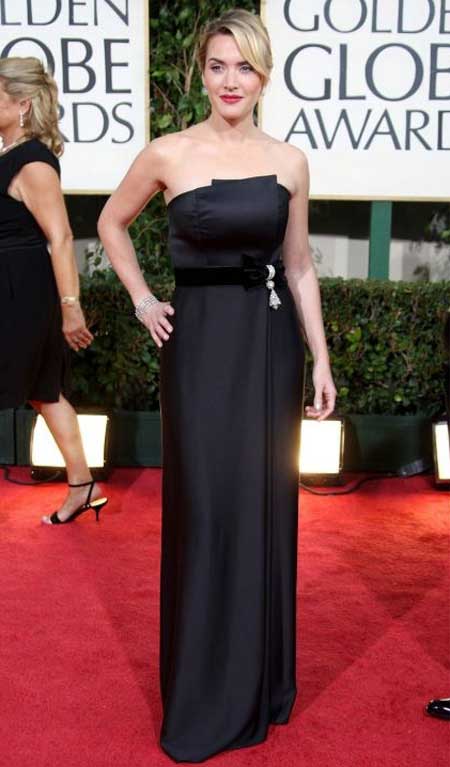 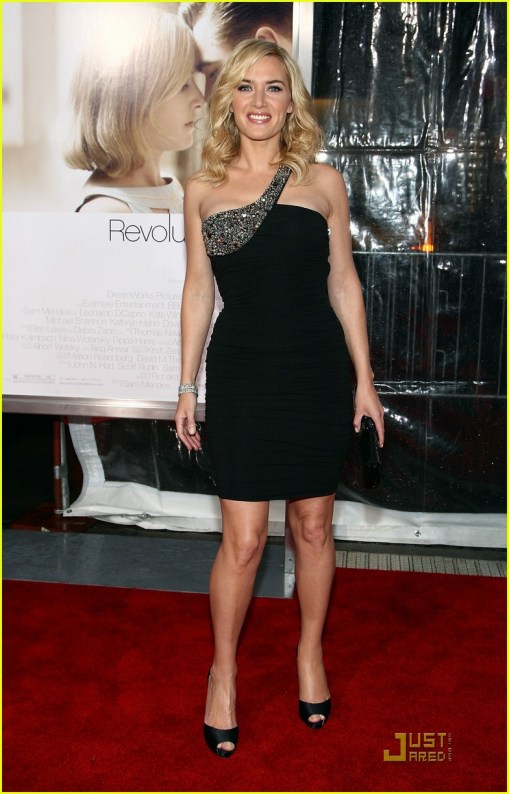 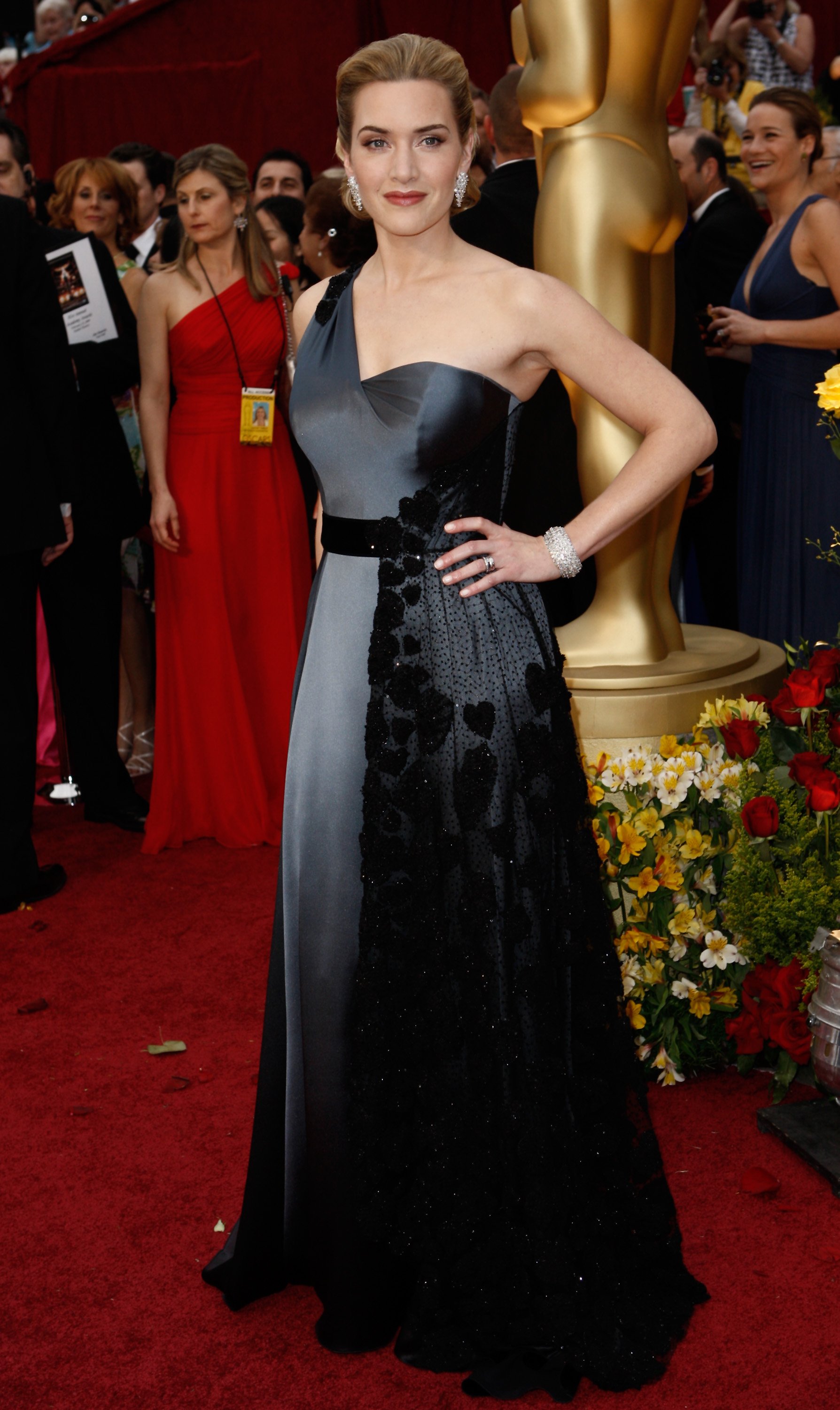