From the moment the lights are suddenly switched off, plunging the theatre into total darkness, to the minute the final curtain goes down, the theatre version of Williams Peter Blatty’s supernatural horror ‘The Exorcist’, currently wowing audiences at the Birmingham Rep, never lets up on the uneasy tension. The story of 10 year old Regan whose body and soul is overtaken by a terrifying entity that may just be the devil, has been striking fear into movie audiences for more than 40 years. And now it has been transformed into a truly spellbinding, horrifying theatre experience that is just perfect for those who enjoy their entertainment to be on the dark side. 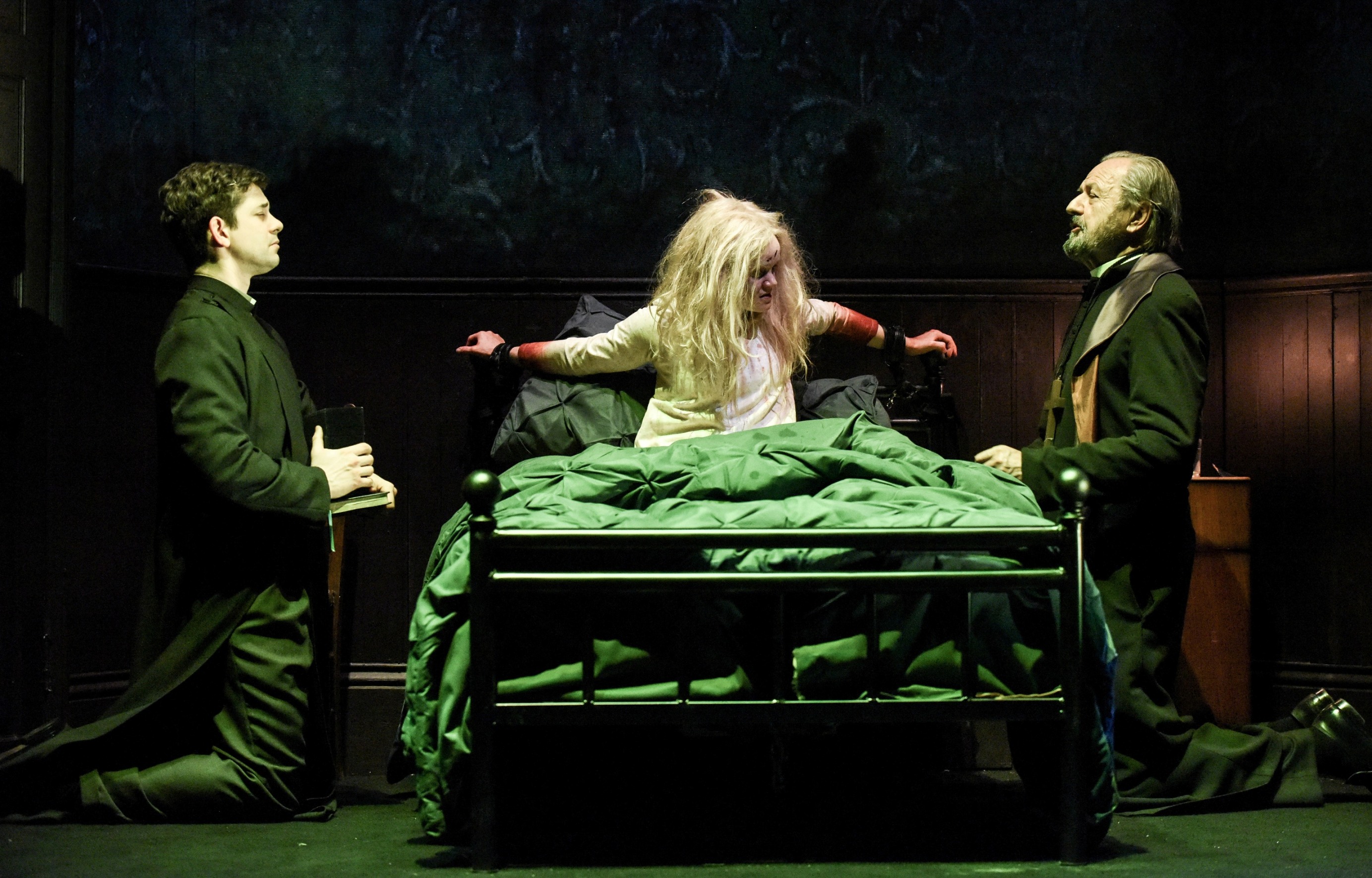 As someone who has never actually watched the film in its entirety, I had no preconceptions before the play, although I had certainly heard of certain iconic and notorious scenes.  I was intrigued to see how the theatre version would work, with a compact cast of 8 talented actors, and the action kept to just one house. What we get is a claustrophobic masterclass in creating tension and horror, with a cast that is clearly at the top of its game, with clear, crisp characterisations,  standout scenes that linger uncomfortably in the mind long after you leave the theatre, and a play that now stands on its own merits as a piece of impeccable, excellent theatre.

As Regan, the 10 year old protagonist, Clare Louise Connolly is chilling and heartbreaking. She fully conveys the frightened, desperate little girl, but her mannerisms and actions as she is further possessed are just brilliant. Jenny Seagrove also excels as her mother Chris, a movie actress and single parent who is trying her best to convince people that her child is possessed, and not just mad or disturbed. Her exchanges with Adam Garcia in the role of young priest Father Damien Karras are filled with a frantic desperation, as Karras tries to use reason to convince the mother that her child needs a hospital rather than an exorcism. 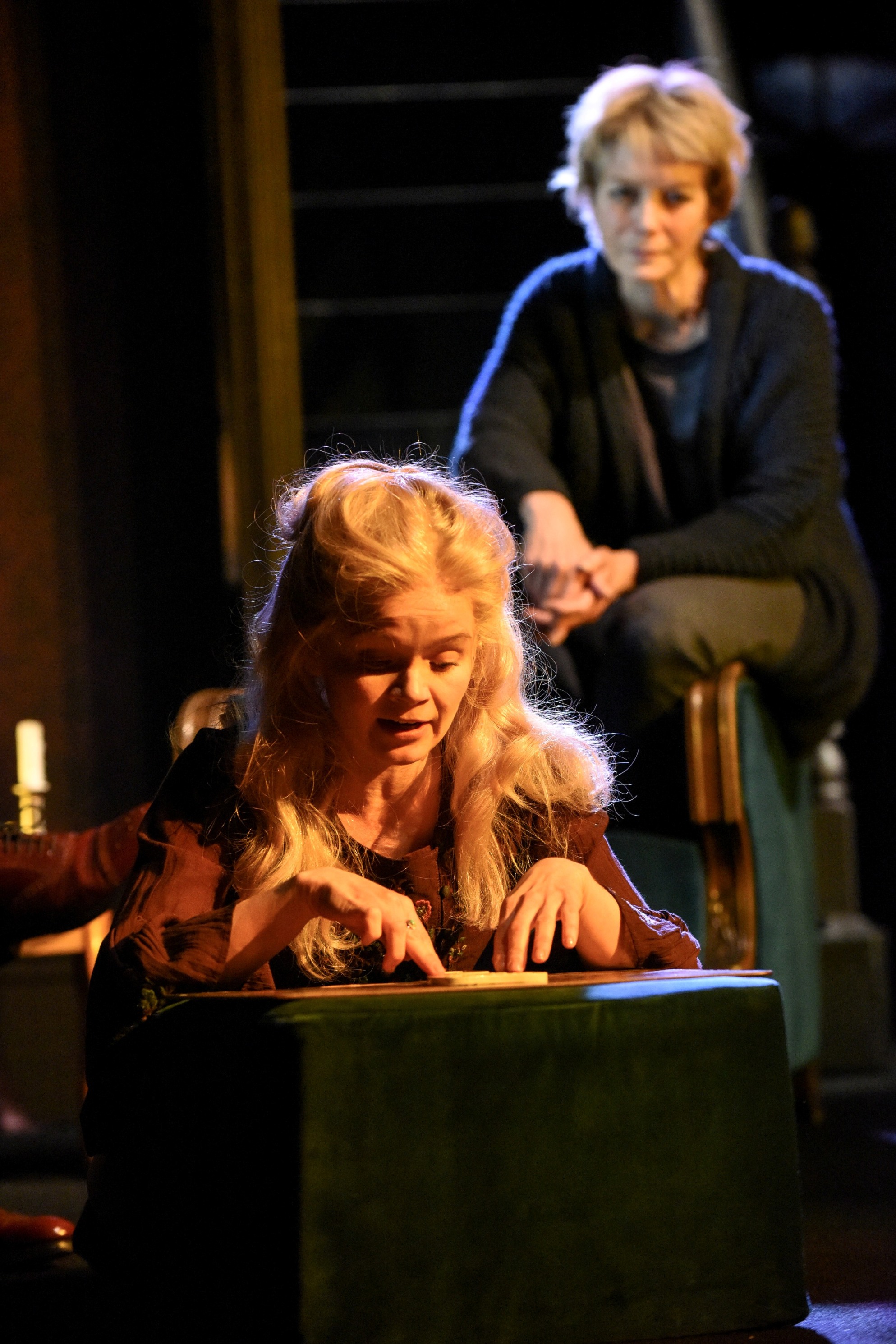 Adam Garcia is brilliant, one of a trio of priests trying to help the stricken girl. He is perfect at conveying an haunted man struggling wit his faith following the death of his mother. Peter Bowles has quiet authority as Father Merrin, and the final scene with the two priests and Regan is an emotionally draining experience. There is also a scene stealing performance from Tristram Wymark as Uncle Burke – his ultimate scene with Regan is one of ultimate terror and shock. The cast is nicely rounded out by Todd Boyce and Joseph Wilkins who are both excellent in their roles. 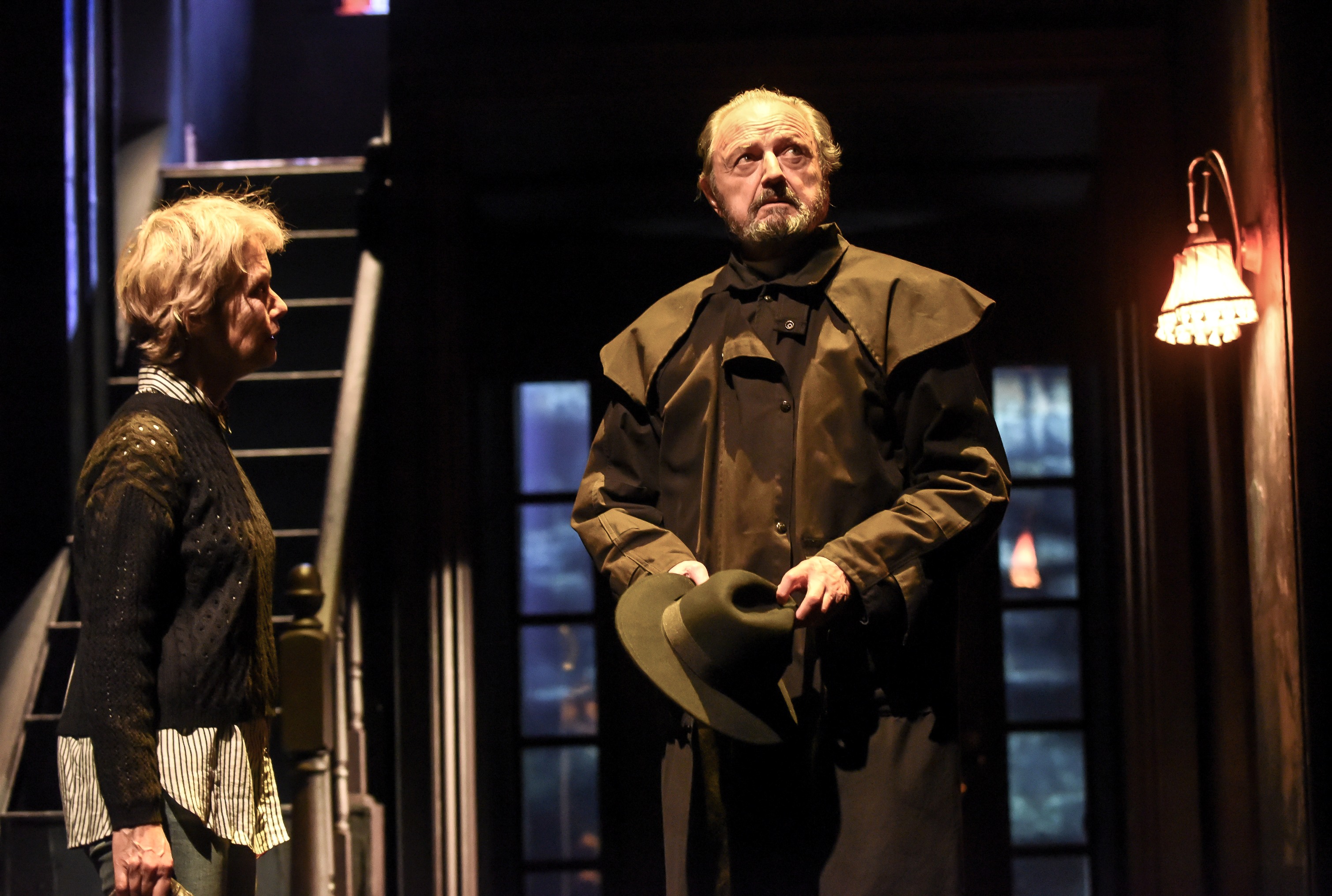 The special effects are wonderful, with perfect use of smoke and sounds to create the creepy, frightfulness that totally pervades this play from beginning to end. The Exorcist is one of those plays which creates tension in every single scene, and really is the perfect viewing during Halloween season.

A play by John Pielmeier. Based on the novel by William Peter Blatty. Directed by Sean Mathias
21 Oct 2016 – 05 Nov 16
Click here for ticket information.

10 thoughts on “The Exorcist at the Birmingham Rep – Gloriously chilling”