The House on Cold Hill, currently showing at The Alexandra Theatre, Birmingham, is that rarest of beasts, a genuinely chilling ghost story that retains the creepy factor when transferred to the stage. Based on a best selling novel by Peter James, the play has a pitch perfect cast and wracks up the fear and tension in each scene. It is satisfyingly eerie and I would highly recommend it as a superb night at the theatre. 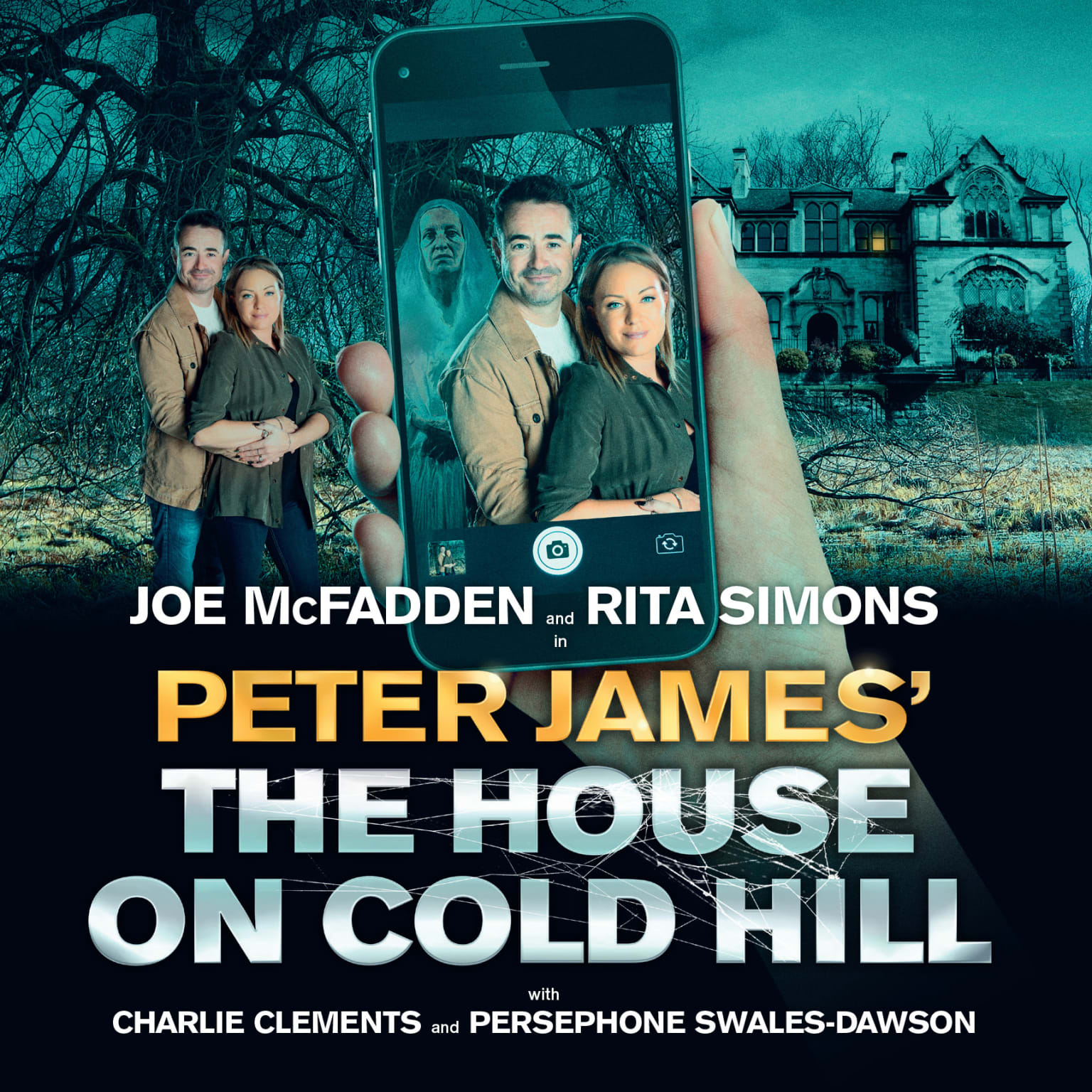 It starts with a scene that sets the tension for the rest of the play. We hear a car on a journey to a new house, described as looking like a castle by a little girl. We see dad enter the house, lights refuse to work and there are noises which suggest the house is already occupied. Dad goes to investigate, but sees something which terrifies him enough that he runs from the house, we then hear the sound of falling masonry. We then move forward to the present day, where website designer Ollie is moving his family, solicitor wife Caro and teenage daughter Jade to the same house, which we find is Cold Hill. He has taken on a nervous computer geek and local Chris as his assistant, and Chris is busy setting up all his household electronics, including Ollie’s early 40th birthday gift of an Alexa. The family have spent most of their money on the move, and despite Jade’s reservations, they look forward to their life in their new home. But a series of disturbances in the house, including Jade’s friend seeing an grey lady behind her during a Whatsapp call, and lots of strange occurrences with the Alexa, which seems to be both taunting and haunting them, lead them to believe their house might be haunted. With the help of Chris, who has an interest in the paranormal, and his friend Annie, who talks to dead people, they set about releasing the spirit their home houses. But does the spirit really want to be released?

The cast are all just perfect in their roles, from Joe McFadden as the carefree, competitive and totally likeable Ollie to Rita Simons as his practical, responsible wife, a role so different from her Eastenders character. Another former Eastenders alummni, Charlie Clements, is my pick of the cast, as the awkward, nervy Chris he is just excellent, and well matched by Tricia Deighton as Annie, a turn that offers some comic relief. Persophone Swales-Dawson is also very good, as the typical teenager Jade, who becomes more introverted and frightened as the events in the house progress.

The beauty of this story is the way modern technology, in the form of the Alexa, is used so cleverly in the story. The set too is ingenious, really suggesting a building that may once have been a chapel, but is now a family home. And, even though this is a real chiller, there are moments that are funny, even though the ending is one of the most shocking I have seen on stage or screen.

A quality adaptation that will have you leaving the theatre feeling seriously spooked, The House on Cold Hill is deeply satisfying.

The House on Cold Hill

16 thoughts on “The House On Cold Hill – Seriously Chilling”