A chance remark about a musical cigarette box is the premise for a series of life changing revelations to be revealed in JB Priestley’s Dangerous Corner, which opened at the Birmingham Repertory Theatre last night. What then follows is an exciting, multi-layered drama that challenges the concept of whether it is always better to tell the truth, or whether you should sometimes let sleeping dogs lie. 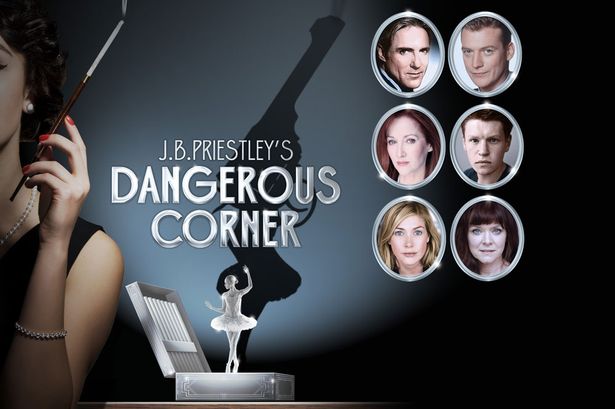 Dangerous Corner was Priestley’s first foray into the idea of time slips and deja vu as a plot device, something he later used to such amazing effect in the masterpiece ‘An Inspector Calls’. The play starts with a gunshot, which turns out to be from a radio play that the four female characters are listening to. The women, the hostess Freda Caplan (Finty Williams) and her guests Olwen Peel (Kim Thomson), Betty Whitehouse (Lauren Drummond) and author Miss Mockridge (Rosie Armstrong) are enjoying a pleasant evening of drink and chat, which continues when they are joined by the men of the group. Miss Mockridge  comments on what a lovely, close knit group they are, but this idle is shattered after a chance remark about a musical cigarette box. The revelations that emerge concerning the life and death of Freda Caplan’s brother-in-law Martin means that life will never be the same again for any of the party…or will it? 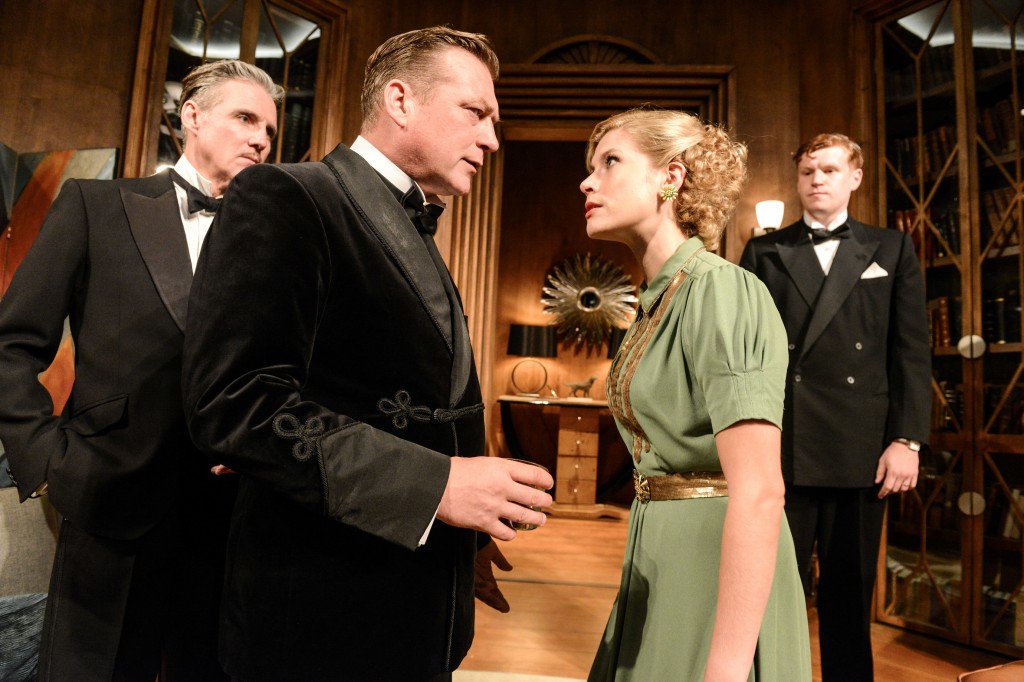 The cast are uniformly excellent. Colin Buchanan is a suitably solid Robert Caplan, pushing harder and harder to find the truth of his brother’s ‘suicide’, but left devastated by what is revealed. He is matched by Michael Praed, who is smooth and caddish with a laconic charm as Charles Stanton, a man with many secrets to hide. Completing the male section of the cast we have Matt Milne as the pathetic Gordon Whitehouse, left reeling from the death of a man he was in love with, and his subsequent appearance at his inquest. Matt plays his role with sad pathos, he is still clinging to the beloved memory of the man who he would’ve done anything for, even as Martin is revealed to be a drug addled manipulator with no real feelings for anyone. 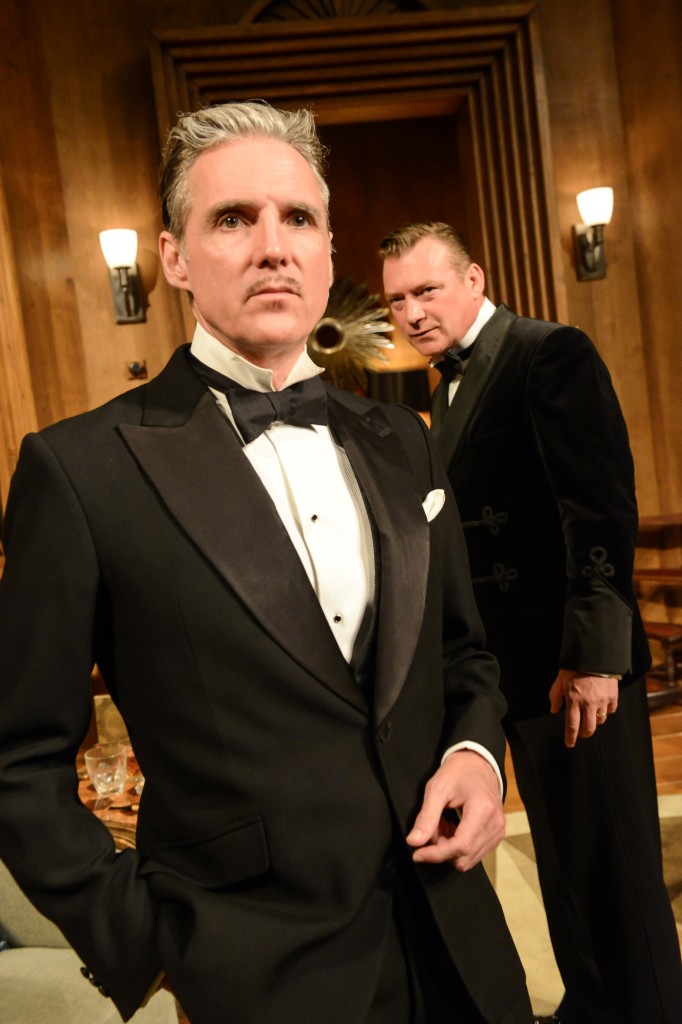 The female roles are also interesting and complex. Kim Thomson is the emotional and moral heart of the play, she plays Olwen with a shy subtlety that allows the character to build to an emotional crescendo that shocks with her revelations, and yet always retains the audience sympathy. Finty Williams is the polar opposite, her portrayal of Freda is sensational, making her a shrill, grabbing, slightly neurotic character who seems to enjoy the discomfort of others. Lauren Drummond plays the glamorous, ‘perfect’ Betty Williams as a women fed up with being treated as if she was made of porcelain , revealing the sensuous woman beneath the perfect facade, whilst Rosie Armstrong rounds out the ladies, with her portrayal of the author Miss Mortridge, a glamorous Elinor Gyn character uneasily overlooking the increasing tension of the Caplan house, whilst possibly filing it away for a future book.

The attention to detail in this play is second to none, with a wonderful, art deco set that places you in the centre of a 1930s drawing room. The costumes too, are impeccable, with the bias cut gown worn by Finty Williams a standout. 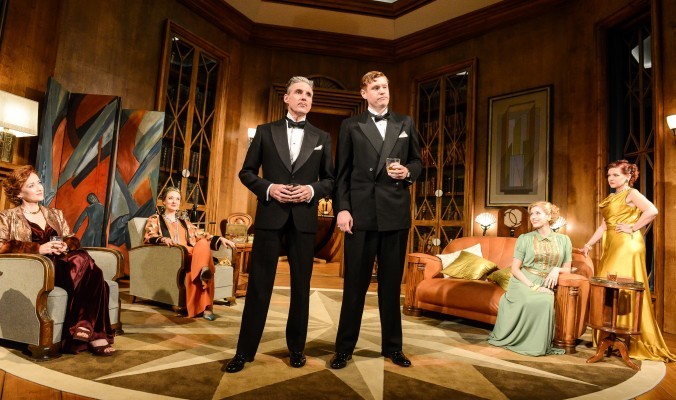 Dangerous Corner is a real treat for lovers of drama and suspense. It runs at the Birmingham Rep until 8th November. Click here for ticket information.

3 thoughts on “Turning a Dangerous Corner at Birmingham Rep”