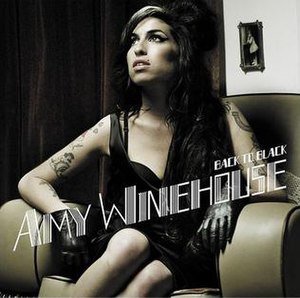 I was devastated to hear about the tragic and untimely death of Amy Winehouse today at the far too young age of 27. I saw Amy perform live in 2007 and she was truly amazing – an iconic talent with a style and voice that was truly unique. Back to Black is my favourite album, one I listen to when happy(Tears dry on their own is so uplifting) or sad (is there a more poignant song than Love is a loosing game?). I followed Amy’s story in the hope that it might have a happy ending, but it was not to be. 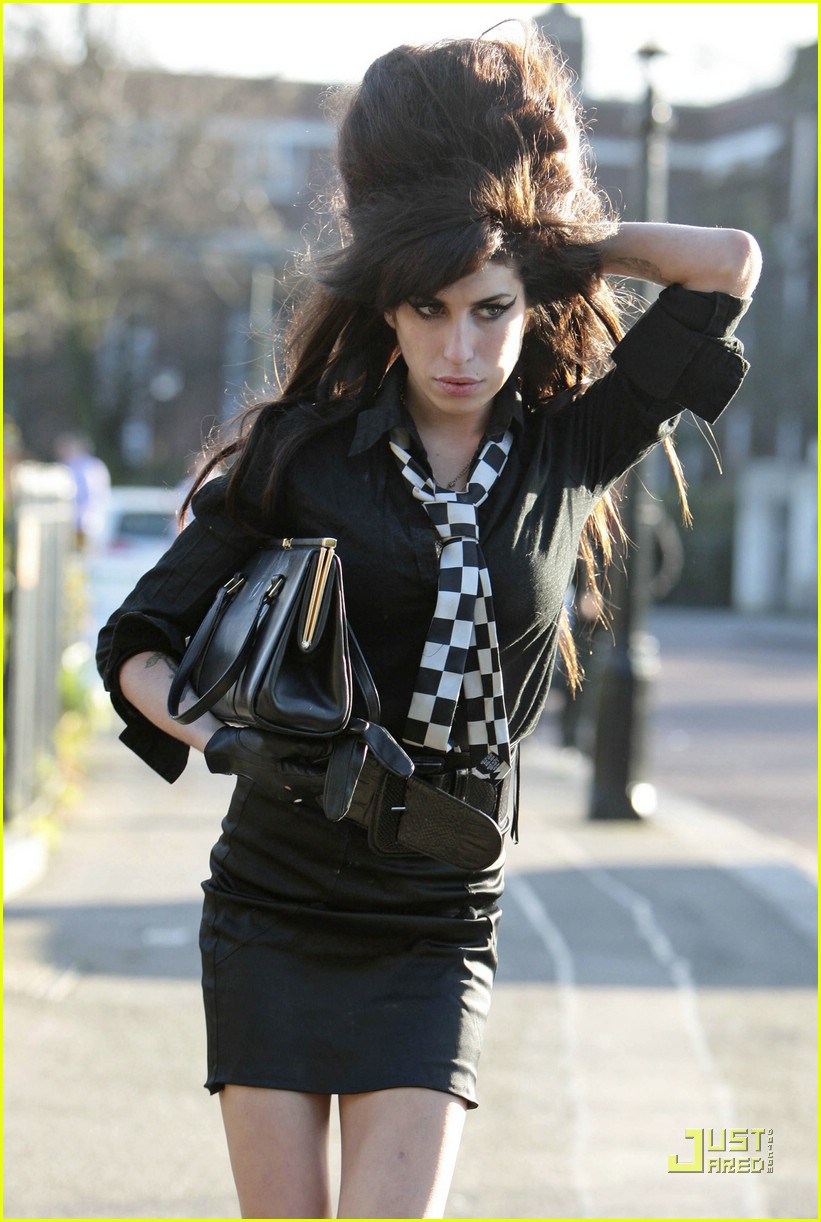 It would be easy to remember the dishevelled Amy in her bloodied pumps and bra, running through North London streets as the defining image of a troubled life, but when I decided I wanted to write something about a women whose talent was supreme, I  knew I wanted to celebrate Amy who was a much admired and copied style icon. The women who was an inspiration to Karl Lagerfeld and Chanel, who wore Preen dresses and Cleopatra make-up, whose 1960s bouffant and beehive hairstyle evoked images of Ronnie Spector and The Ronettes. 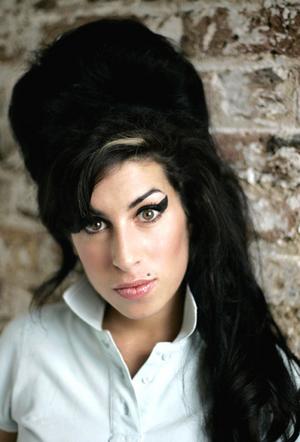 Amy, at  her wonderful  peak, at the height of Back to Black and before the re-emergence of Blake, had a unique style that was truly amazing. In neon Preen at the 2007 Brit awards, wearing a cute puffball mini for the Ivor Novello awards – Amy favoured flirty mini dresses, acres of lace on show, and sexy bras peeking out. She made her sailor tattoos part of her outfit, and added tattoo style accessories to her hair, like the loveheart Blake clip she famously adorned her beehive with. She wore designers who appealed to her love of the quirky, wearing a cute Betsey Johnson anchor print dress when she married the ubiquitous Fielder Civil, but could also be sophisticated when the occasion called for it,  such as when she sang backing vocals for Dionne Broomfield on Strictly Come Dancing. 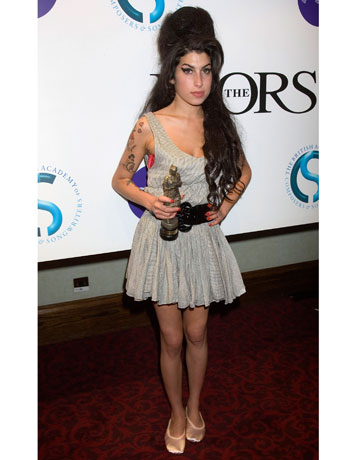 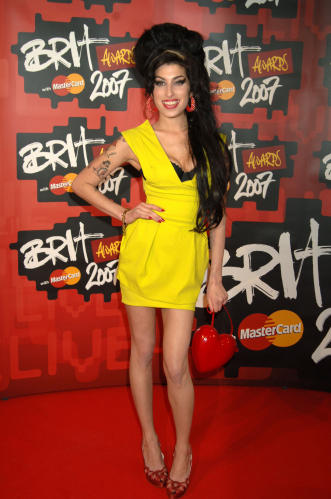 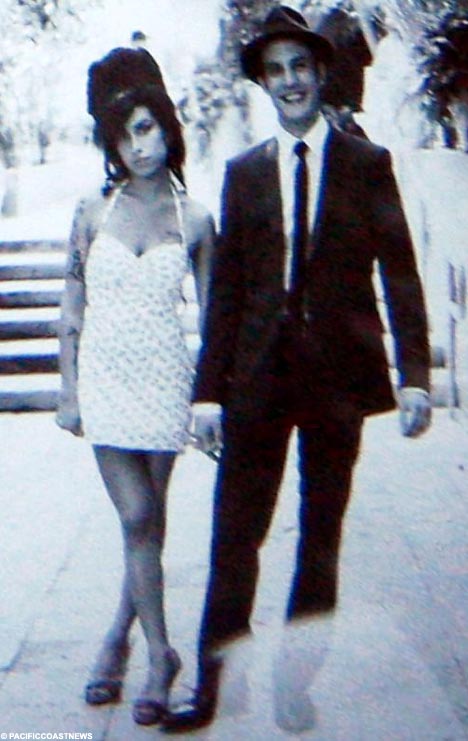 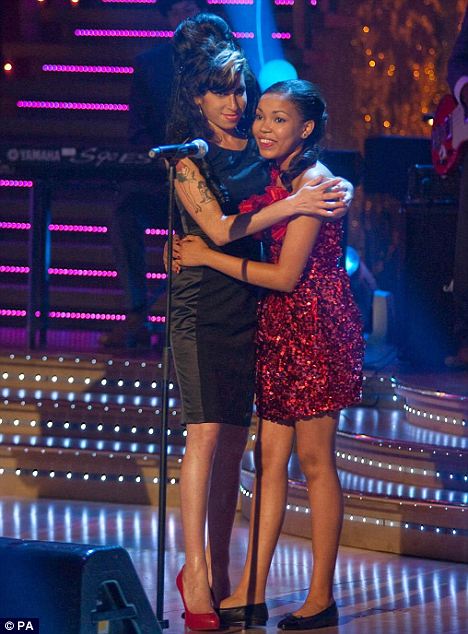 Amy made the beehive her trademark, it got bigger and more outrageous over time, and she somehow didn’t look like Amy when she adopted more natural looking curls. Her make up favoured a heavy 60s sexbomb style, think Sophia Loren at her height. That make up and hair was a telling marker as Amy descended into her drugs hell. She was photographed widely with the hair matted and her make up smudged down her face as she slide further downhill.

But Amy and fashion had a love affair that didn’t go away, and she launched a range of sexy mod inspired sportswear and clothing with Fred Perry just last year. Amy had worn a Fred Perry dress on the back cover of the album Back to Black, and she looked great in the publicity shots for the range, which were taken by Bryan Adams. At this time she was also photographed looking healthy and stylish in little wrap dresses with her new boyfriend Reg Travis. It seemed that life had turned a corner for Amy, but it was not to be. 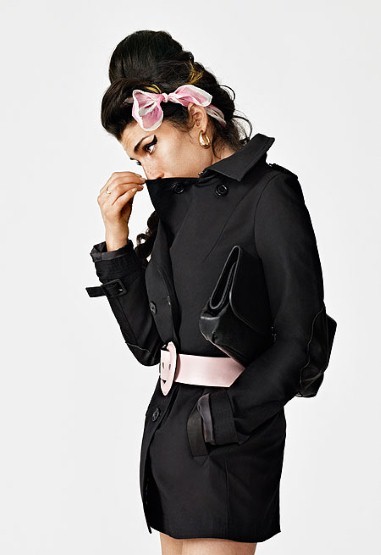 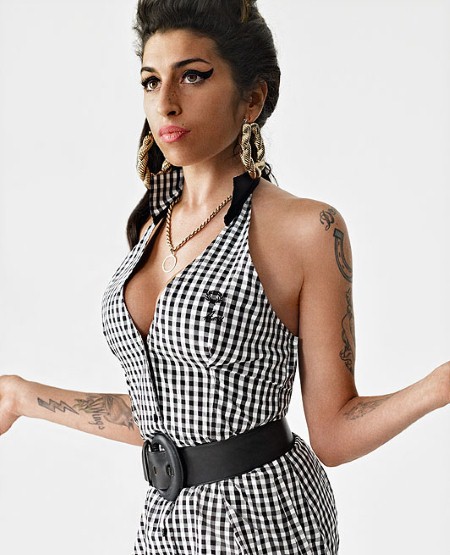 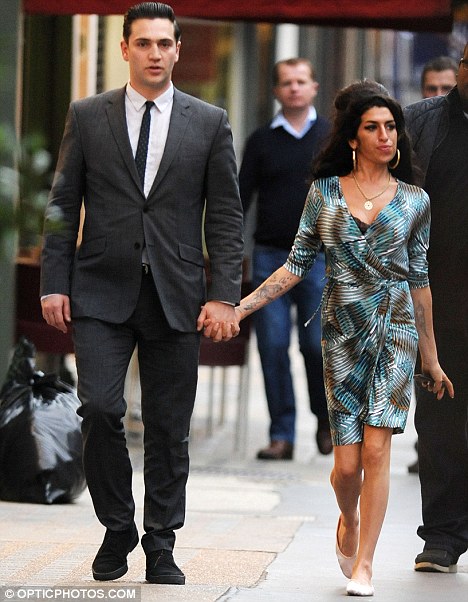 RIP Amy. We will remember your style, your passion, your couldn’t give a damn attitude and above all, the music. Wish we could’ve had you a little bit longer, but Back to Black will be your epitaph. And what an epitaph to have. 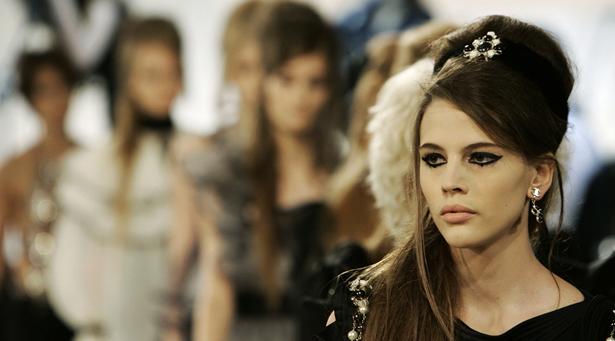 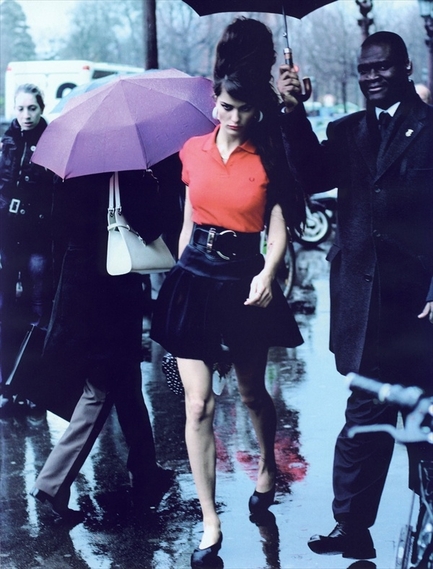 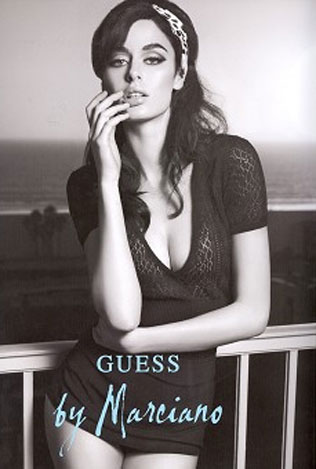