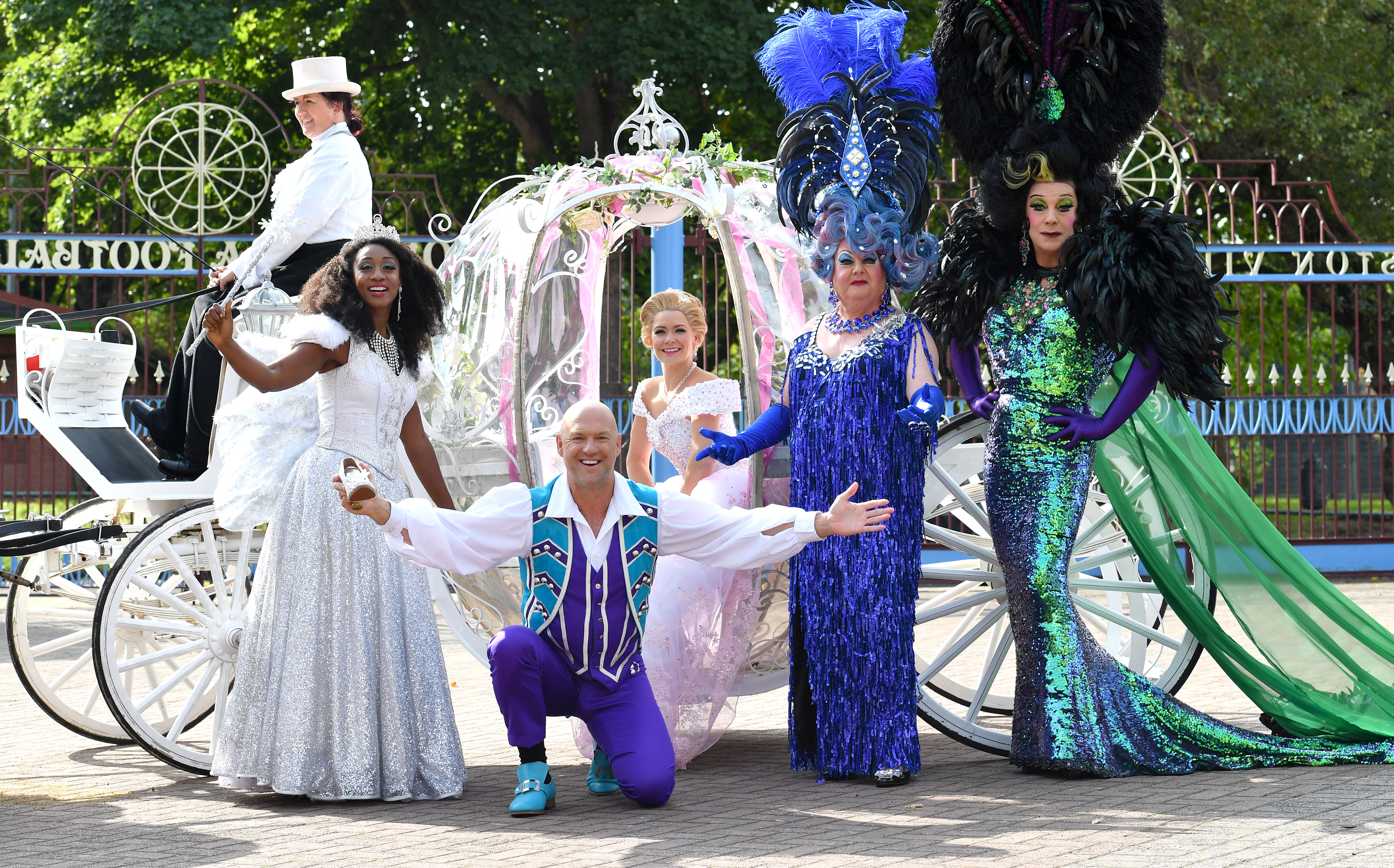 Wednesday saw Villa Park turned into a pantomime wonderland (not for the first time this season it has to be said – Baggies fan Joke!).  The Birmingham Hippodrome were launching this year’s panto, Cinderella, with an all star cast. Beverly Knight, Suzanne Shaw, Matt Slack, Ceri Dupree and Phil Randall were all there, in their best panto finery, talking to this year’s panto producer and director Michael Harrison. It was a funny, happy occasion and certainly wet the appetite for what looks set to be another astounding success for the Hippodrome. 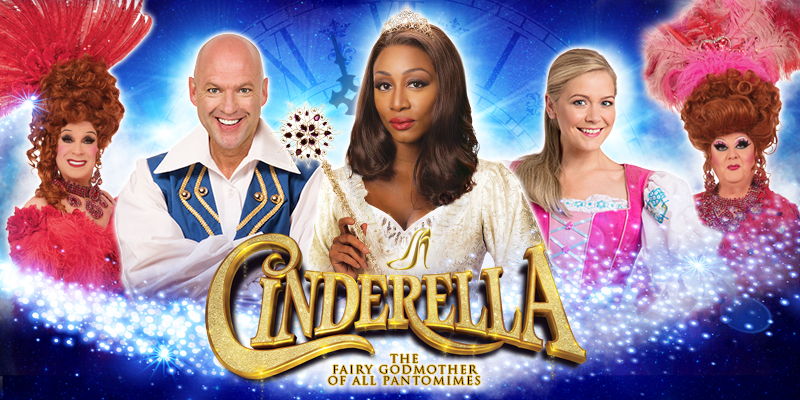 For Suzanne, this is the third time playing Cinderella, although the first time playing at the Hippodrome. She was asked about songs and revealed that she will be singing some songs in the panto, including a duet with her handsome prince, Danny Mac. She also has a new song called ‘At the Hippodrome’ which tells of the history of the Hippodrome. Suzanne says she is a little scared to be singing alongside Beverley Knight – saying ‘who wouldn’t be’, and also joked how lucky she is to have some ‘eye candy’ over Christmas in the form of the delectable Danny Mac. 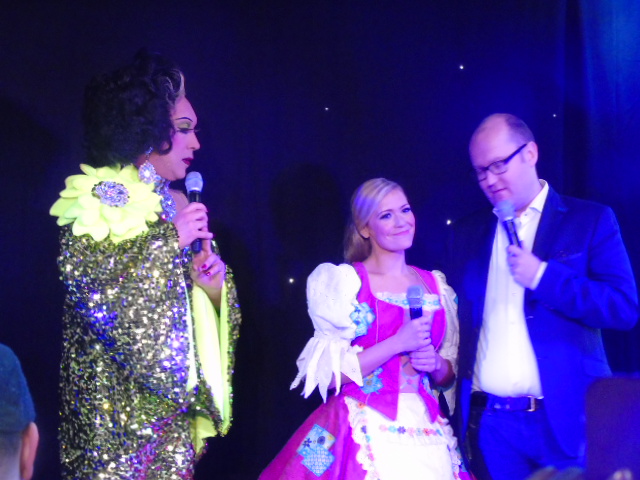 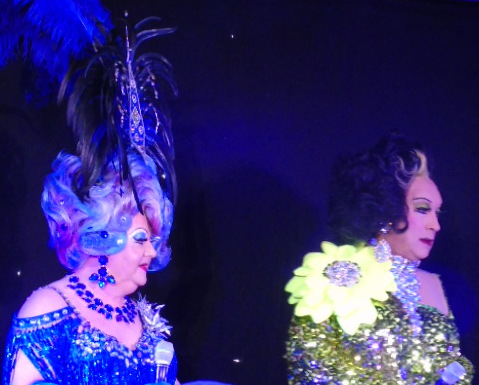 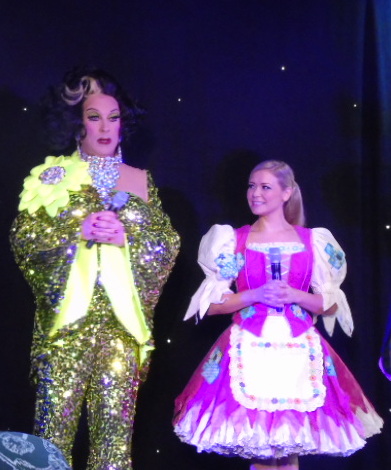 Veteran pantomime dames Ceri Dupree and Phil Randall are coming together this year as the Ugly Sisters, enjoying the chance to play the wickedly evilas Voluptua and Verruca  rather than cuddly dames. As ever, the costumes were the subject of much excitement, described as showstoppers, ‘so big they could be scenery, and the audience was told that the costumes to look out for are when the sisters arrive at the ball.

I loved all the little backstage details like make up taking around an hour due to needing to shave, cover eyebrows etc. Someone asked if the costumes need to be specifically cleaned and Ceri Dupree had the audience in hysterics as he said ‘no, just spray a little Febreeze around the crotch and you’re done’. 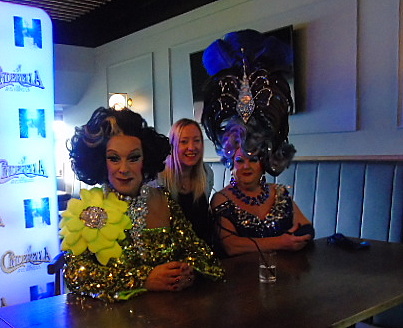 Matt Slack could be considered a Birmingham Hippodrome legend, after starring in the last five pantomimes, holding the record for the most consecutive pantomime performances at the Hippodrome. Earlier this year Matt won a British Pantomime award  for best comic for his role in Dick Whittington. This year Matt is playing Buttons for the first time and joked that it is the role that gets lots of the laughs and the pathos, but that it is going to be rewritten so he also gets the girl.

Matt is well known for being the king of Birmingham Panto, but he is also a talented serious actor. This year has seen him playing in Eastenders and in a touring production of Mrs Henderson Presents, playing a 1930s Cockney Comic in the story of the Windmill Theatre.

Matt says he is lucky to be able to do diverse things, but that his heart always lies in panto. 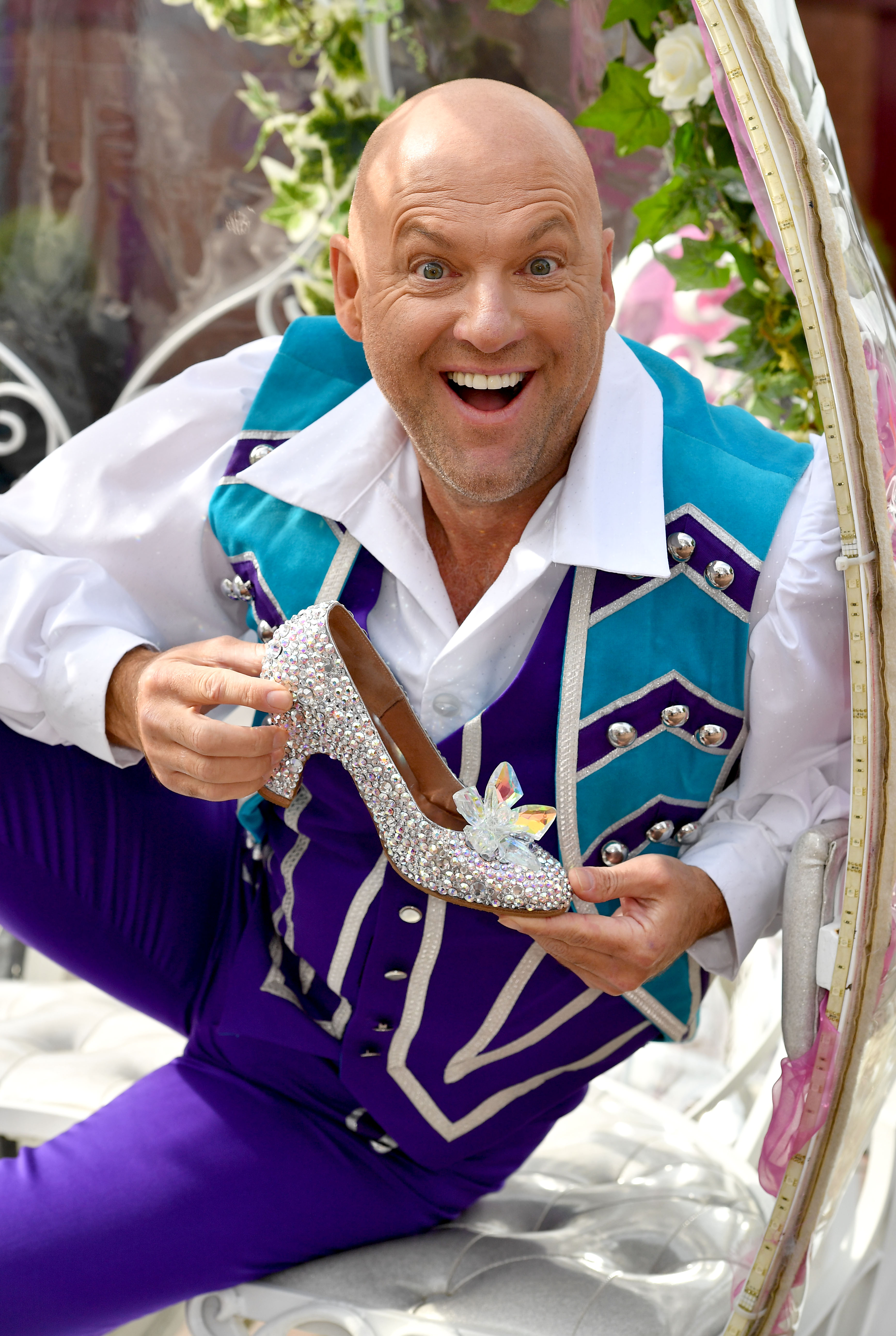 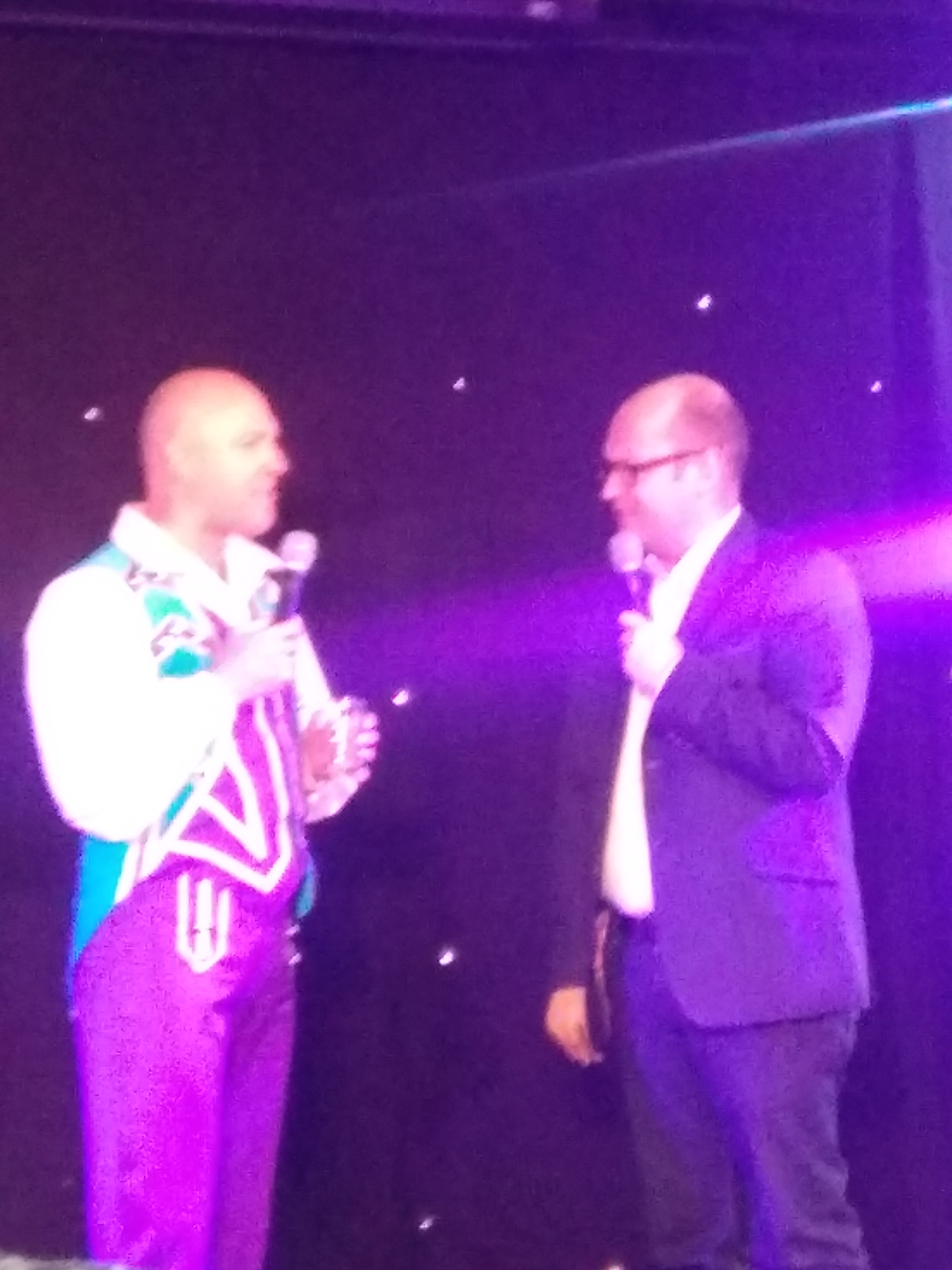 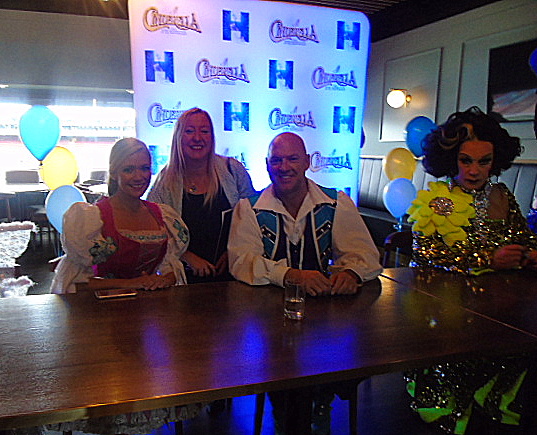 Making her pantomime debut this year, Midland born Beverley Knight was clearly happy to be back home in ‘God’s own country’ as she described it. Beverley is playing the part of the Fairy Godmother and is really looking forward to performing ‘Knowing that friends and family are just up the road.’

Beverley was resplendent in her gorgeous glittering costume and said ‘I’ve never been so sparkly and sequinny, I love the fact that I can float in and out of scenes.’

Beverley was asked about her other West End theatre roles, including playing Grizabella in Cats. She explained how much she had loved singing Memory, saying ‘If you have a voice, who wouldn’t want to sing Memory.’ She also said how happy she was to be singing in this year’s panto and admitted ‘ I will sing whatever is put in front of me.’ 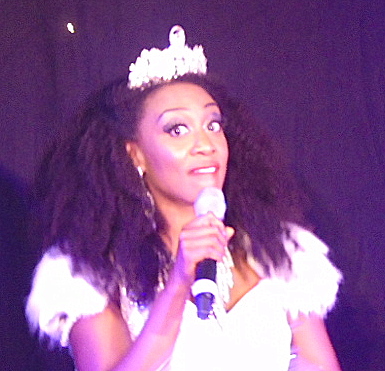 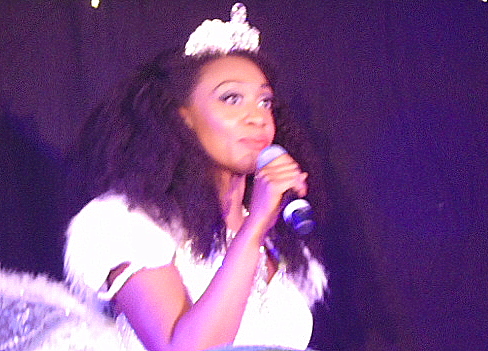 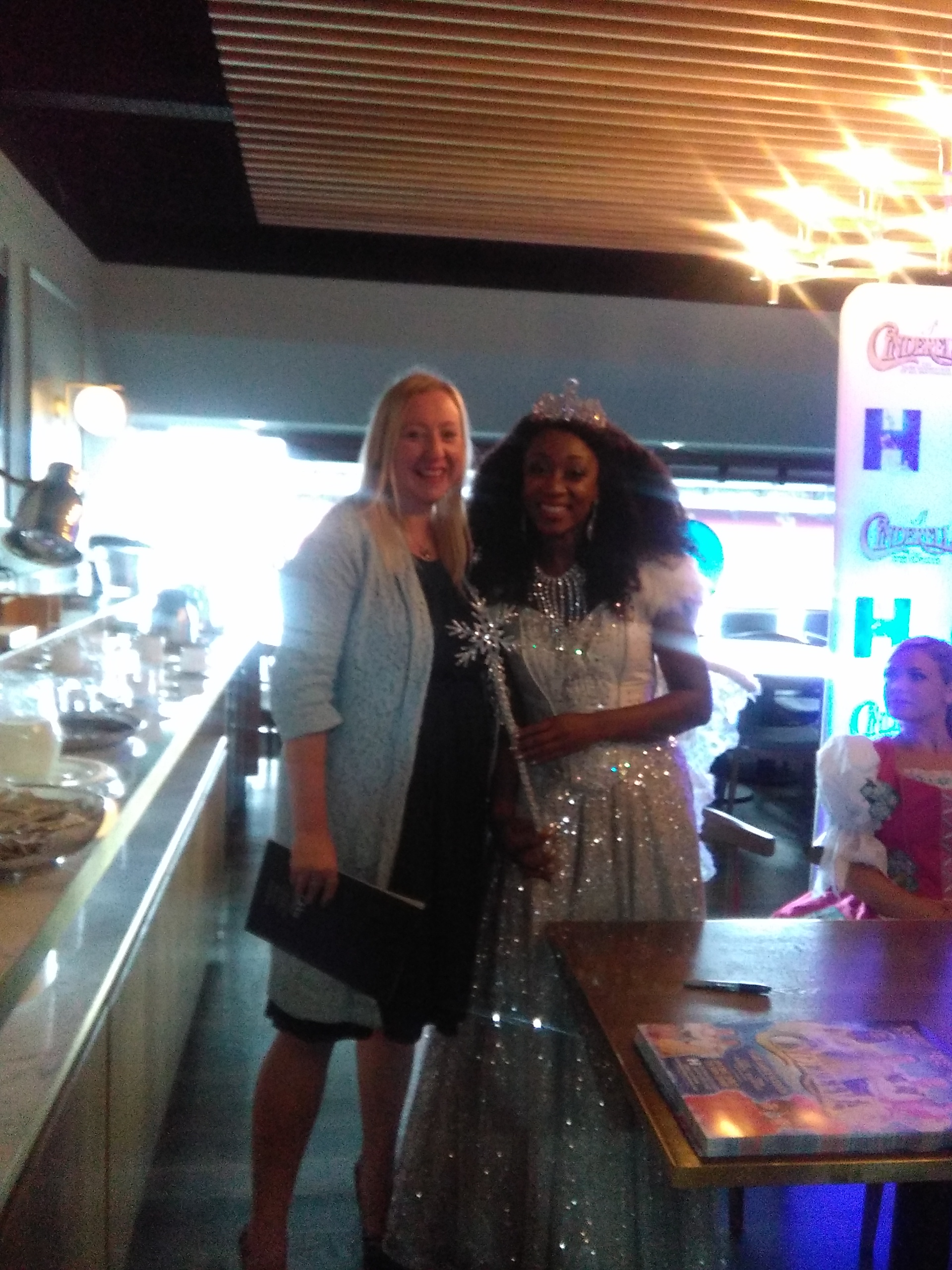