I had my first experience of the Clothes Show Live last week, and I have to say I was quite impressed! Held each December in Birmingham’s LG Arena, the show attracts a mainly female audience who are attracted by the prospect of major shopping bargains from top brands and cult labels, beauty bargains to die for, and cute celebrity men..both models and mere mortals. They were not to be disappointed on any count. 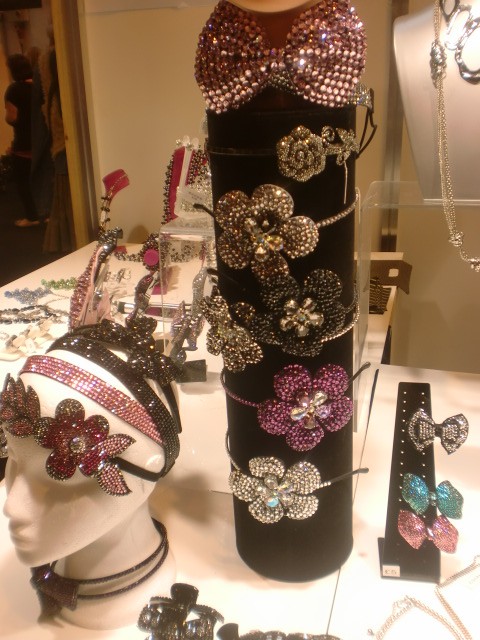 In terms of shopping, there are beauty bargains galore. From Illamasqua selling their fantastic mascaras two for five pounds (yes I did say £5!),great goodie bags from Jelly Pong Pong, Bourjois and Rimmel for less than £10, and online exclusive products like Helene B and Kimberly Wyatt’s new mineral range BM beauty, cosmetic aficionados were truly spoilt for choice. My arms were literally filled with make-up goodie bags, with the amazing packaging of Jelly Pong Pong being a real favourite.

There were also clothing bargains to be found. High Street brand Internationale were selling perfect party wear using a buy one, get one three offer, which could save you pounds, whilst there were real designer bargains from Olivia Rubin and Dahlia, with Dahlia dresses from just £10, and Olivia Rubin styles that have been worn by the likes of Tulisa for less than £50. I also adored the vintage section which was a treasure trove of glorious beaded handbags, fabulous prom dresses and cute and festive Christmas jumpers, all of which were reasonably priced. 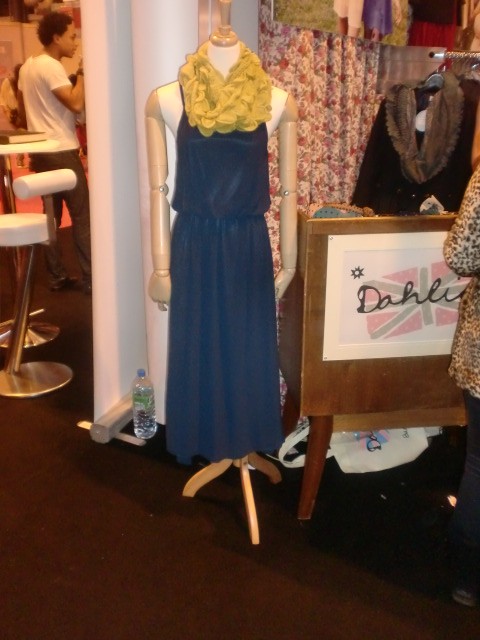 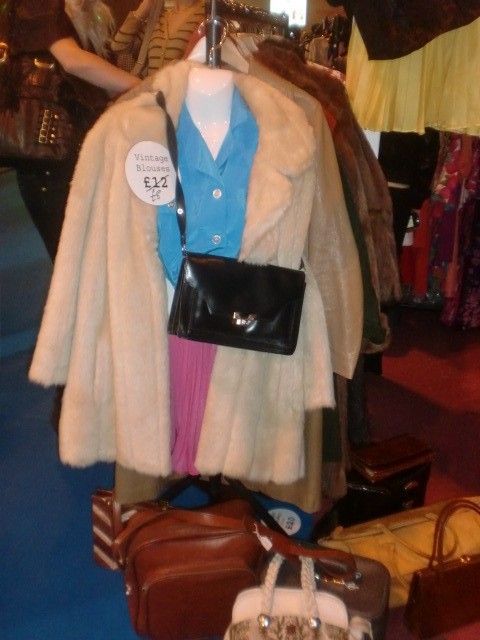 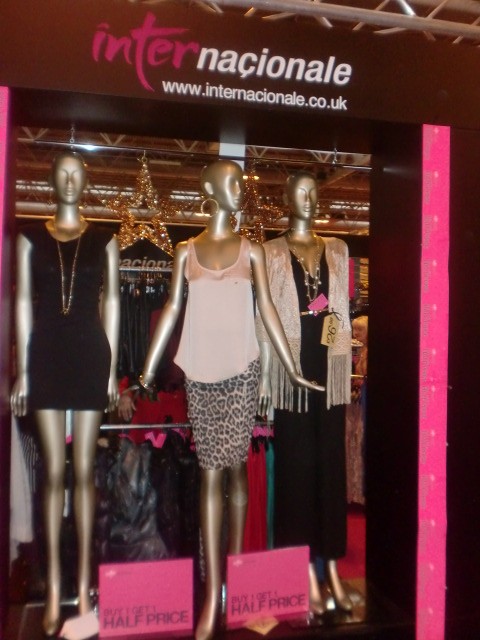 As a magpie by nature, I couldn’t resist the Tatty Devine store where I purchased two necklaces for £30, less than a third of the normal retail price. A Mikey stall had a glittering array of bangles for just £10…an incentive if needed to part company with yet more cash. 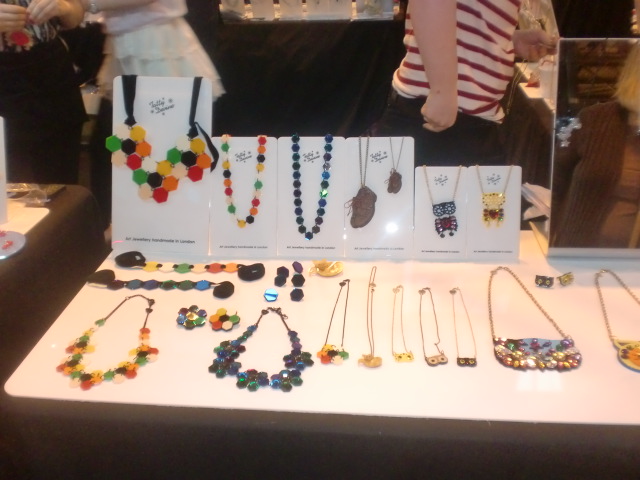 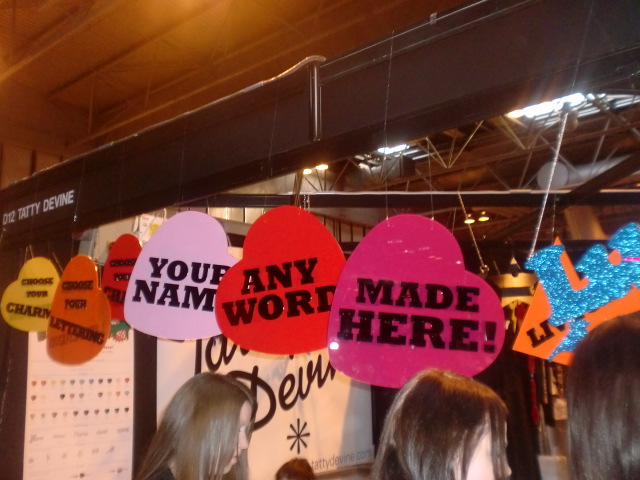 But the Clothes Show is about much more than shopping. The showpiece fashion show, presented by Grace Woodward and Birmingham’s adopted son George Lamb, was a truly spectacular spectacle. Called ‘A Night at the Department Store’, this was a fashion version of ‘A Night at the Museum’ with the models, aka the store mannequins,coming to life in a magical fashion. Each floor of the department store was represented in the show, and each floor seemed to contain a fair few scantily clad, and rather buff male models, which kept the mainly female audience happy, and quite frankly panting for more. 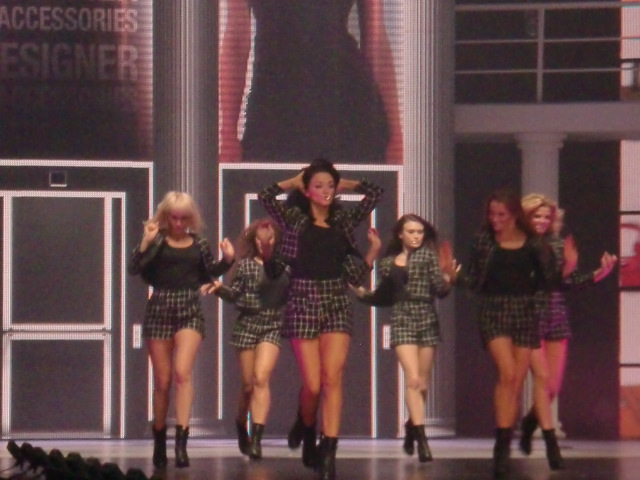 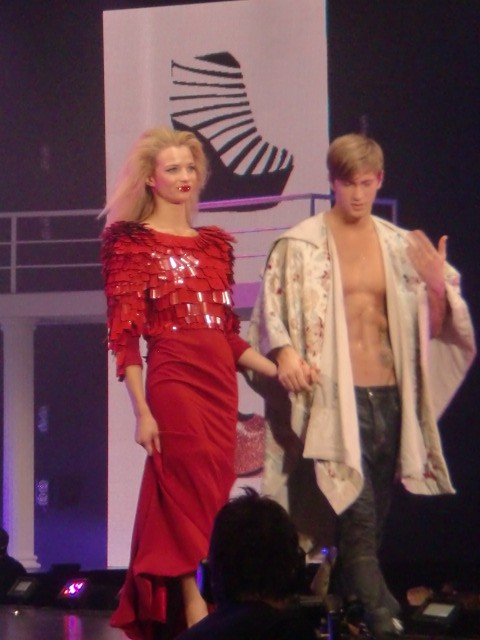 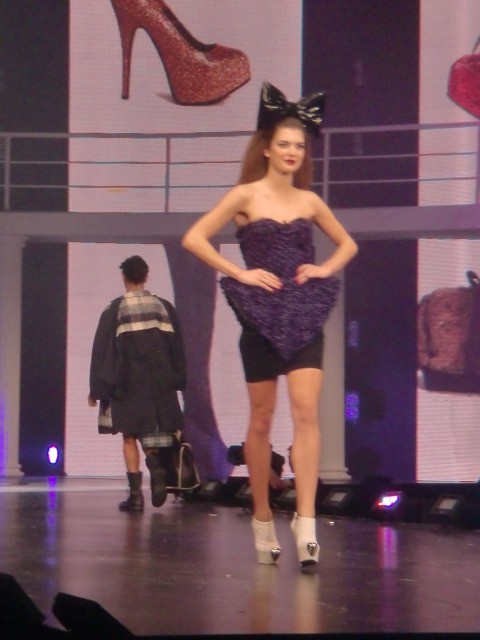 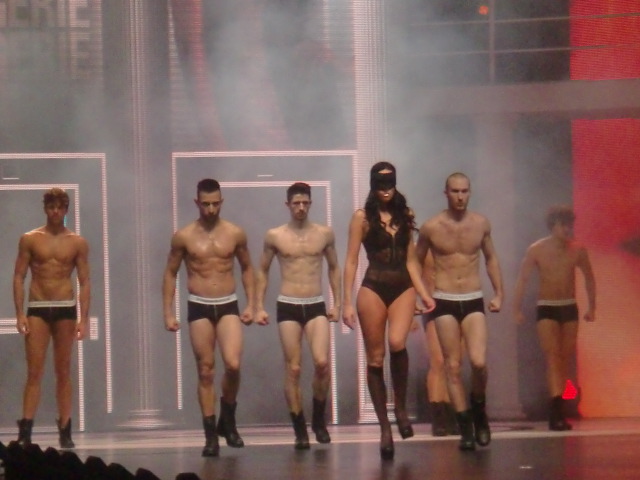 Floor Six of the Department floor was music, which cleverly tied in with a performance by the extremely tiny, and Gwen Stefani like, ex Pussycat Doll Kimberly Wyatt, with her new band Her Majesty and the Wolves. This was an energetic performance, and meeting Kimberly later I have to say she seems to be a real sweetie! 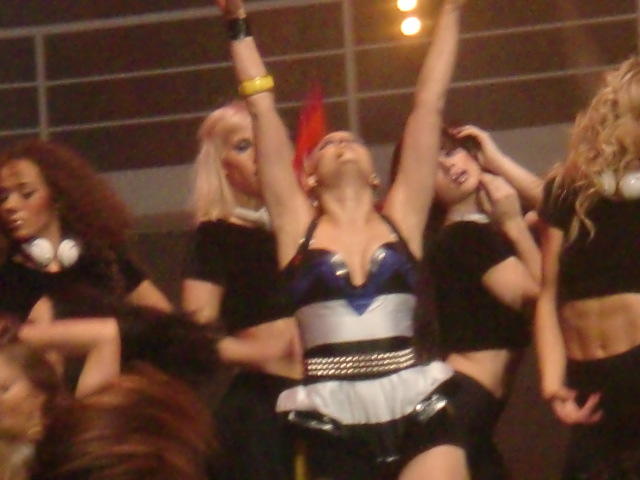 Kimberly wasn’t the only celebrity around. Arg and Maria from Towie were real crowd pleasers, it was Arg’s birthday and everyone seemed pleased to see him although a security person wicked whispered that he’d been a bit of a naughty boy on the day who kept disappearing!  Jeff Brazier and Lucien Laviscount were also popular. 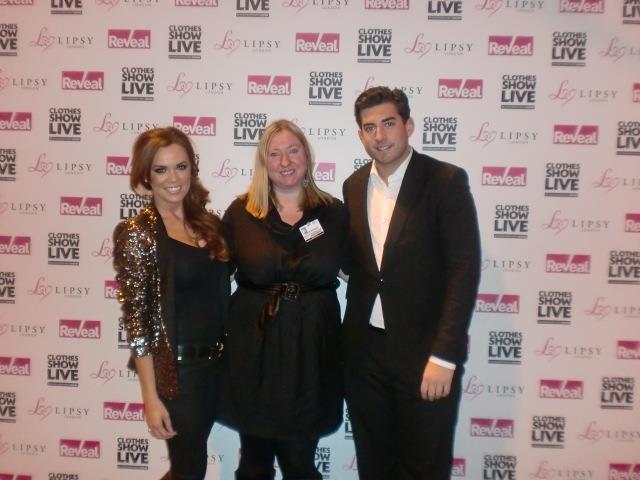 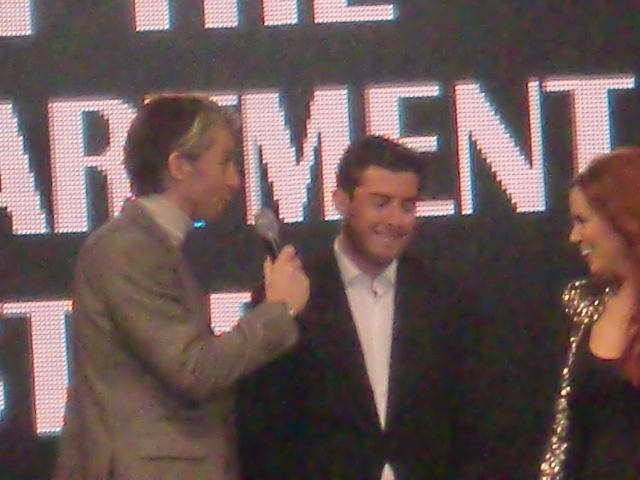 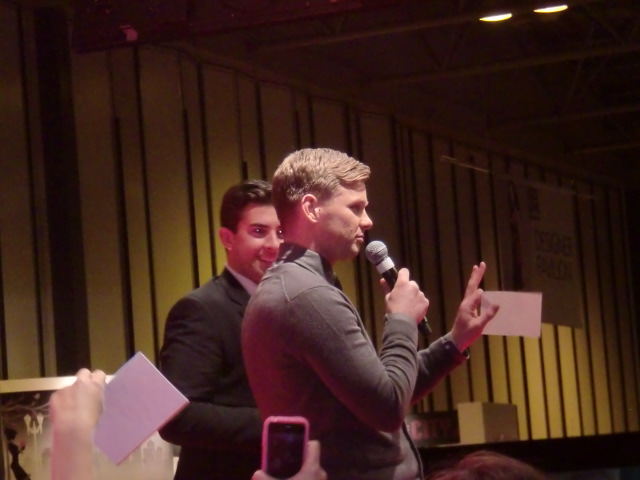 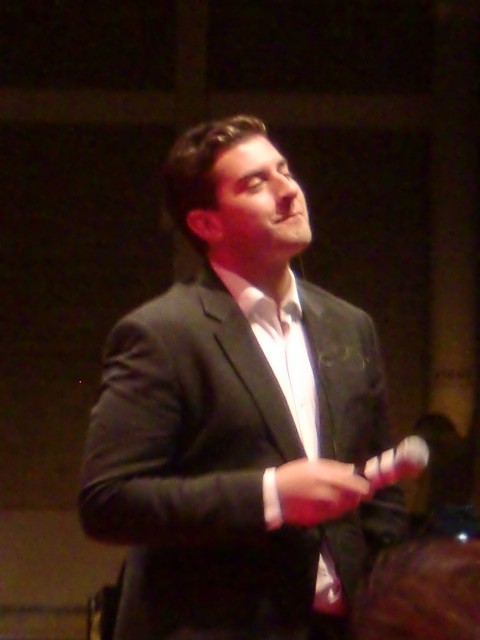 Of course, the day wasn’t perfect, £8.50 for a cold jacket potato, coleslaw and a bottle of coke was excessive, whilst photo opportunities feel a little bit like cattle markets, but, all in all the LG Arena should be really proud of the Clothes Show Live experience, and I will definitely be penciling in the date for next year.