Cost of a new boiler?

My boiler broke down last week and I had to have it replaced. It was an experience that I am not sure I want to repeat in a great hurry. If like me, you worry about yours breaking down then I would consider getting boiler insurance from British Gas. You could save a lot of money. But beware; it will be lost money if your boiler never breaks down. Mine never missed a beat for 8 years – so I was lucky. iHeat said in a blog that if you’ve been experiencing problems with your heating system or boiler, you better take care of it with enough time ahead before the colder seasons step in 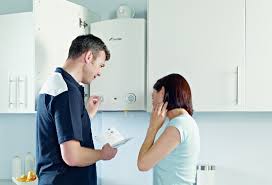 So how much does a boiler cost?

Boilers, as I found out, vary in price based on brand, size and type (I have a combi boiler and it’s a Worcester make). Which? Magazine has rated most boilers including the two most popular brands in the UK which are Worcester and Vaillant.

I decided to go for a Worcester to replace my now “broken beyond economical repair” boiler. Worcester boilers start at around £1,000 and go up to around £1,800 if you have a very large house.

It’s hard to get a definitive answer for this question but there was a survey done where they asked engineers to vote for their opinion to the best boiler. Which? also have a guide voted for by more than 2,000 readers.

How much does boiler installation cost?

Well again, that can vary depending on how much work is needed. I was told that mine was a straight swap and I could make use of my old wiring and thermostat, so that saved me a little bit of money. There’s a nice little guide here on what boiler installation costs should be. According to that article a boiler should cost £1,950 to install which is roughly what I paid, including VAT. A straight boiler swap would start from around £540 and go up to £1,440 if you need the boiler moving according to figures put together by Which?.

The price can also depend on where you live and who you get to do the work for you. Using one of the national companies will set you back a lot more money. It goes without saying that using a smaller company will be cheaper.

How to save on the cost of a new boiler and installation?

The best way to save money is to shop around and find a good deal. The bigger companies like British Gas will quote almost double what independent traders will charge. The Gas Safe Register has a list of all the local and registered plumbers in your area, so that makes for a great starting point in your search. Any person installing a boiler must be registered and insured to do so. You must get a certificate from Building Control to say it is safely and correctly installed.

To save money, it’s best to avoid flash companies especially if you’re in London – they charge much more than the rest of the UK would or a local company would for the same job.