The comedic skills of Maureen Lipman and James Dreyfus were put to perfect use last night, when Harvey opened at the Birmingham Repertory theatre. Bringing laughs galore and a heart-warming story, Harvey ensured that the whole audience left the auditorium with a warm glow and a smile on its face. 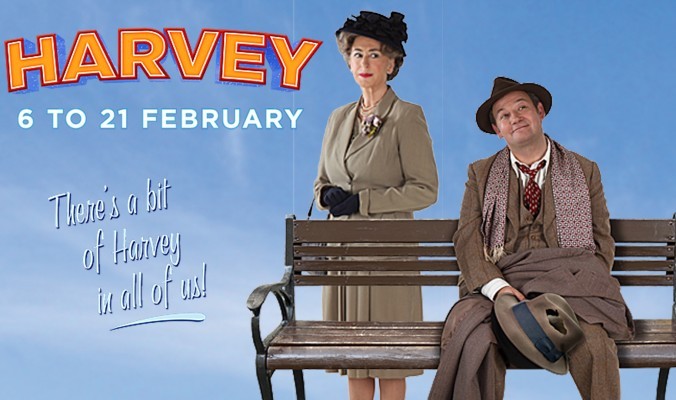 Harvey tells the story of Elwood P. Dowd, a gentle dipsomaniac with a rather special friend, a 6ft invisible rabbit called Harvey. Harvey accompanies Elwood everywhere, much to the dismay of his exasperated sister Veta Louise and his niece Myrtle Mae. Their social life, and indeed, social standing, is being impeded by Elwood’s pal, and after one embarrassing moment when Elwood introduces Harvey to an important society Dame, Veta decides that something must be done for Elwood, something that takes the form of a stay in a sanatorium run by the esteemed Dr Chumley. But Harvey is no ordinary rabbit, he’s a Pooka (look it up!) and it may not just be Elwood who sees him…. 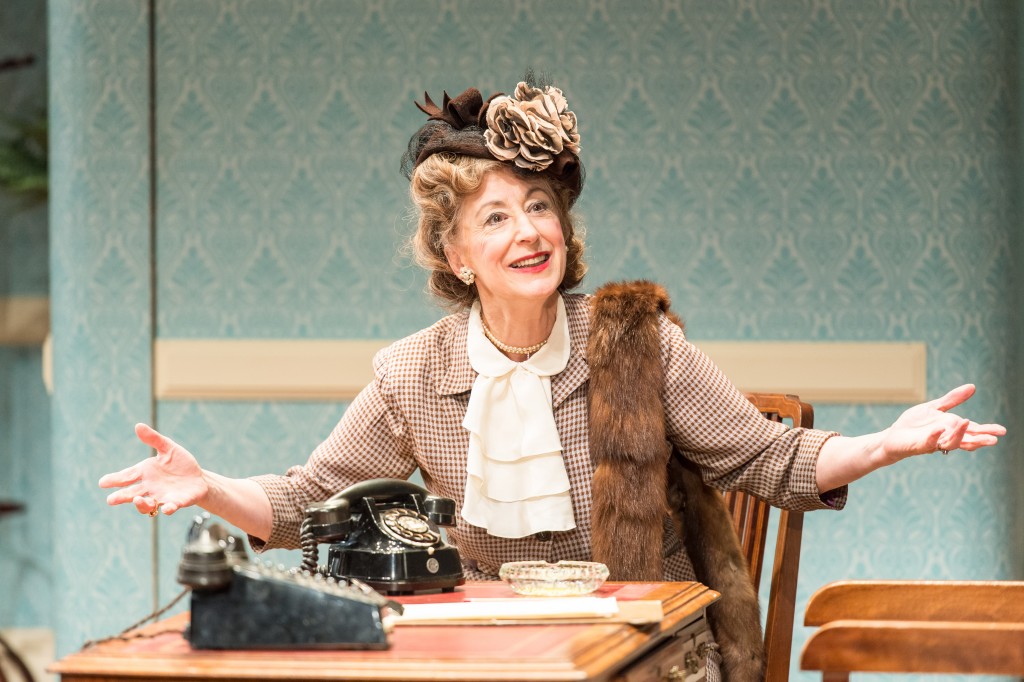 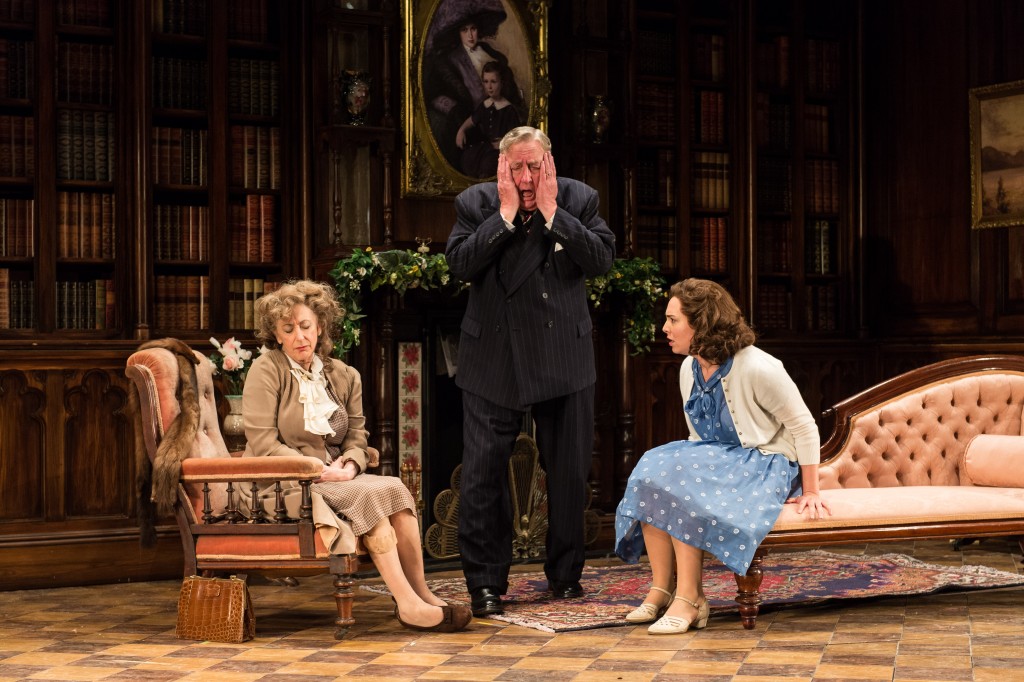 In the lead roles, James Dreyfus and Maureen Lipman are perfection. Dreyfus brings so much warmth to Elwood, he makes him an utterly adorable and gentle innocent, giving his business cards out to everyone he meets, wanting to be a friend to all and enemy to none. His performance is hilarious – the knowing glances and asides to Harvey bring belly laughs from the audience, particularly in the scene in the psychiatrists reception, when he keeps trying to introduce Harvey to clueless Doctor Sanderson and Nurse Kelly. 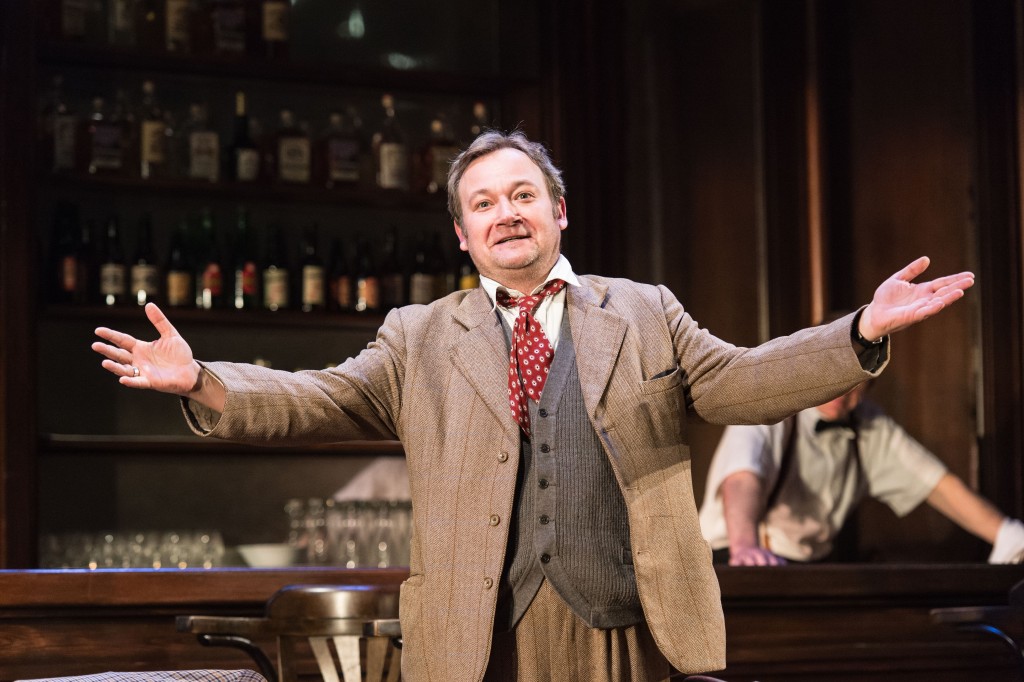 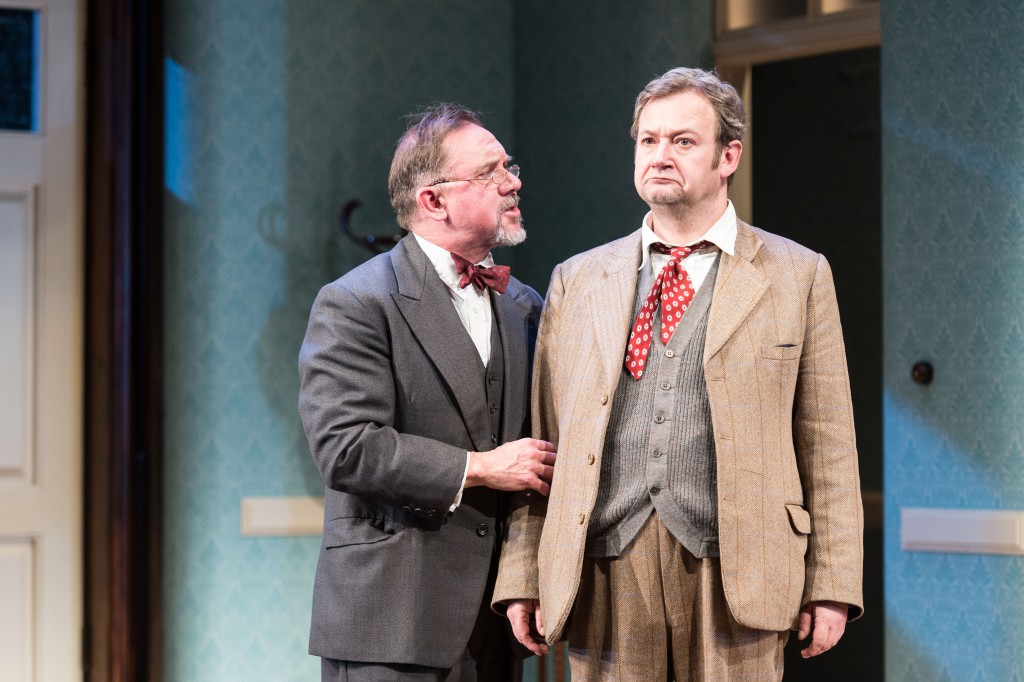 Maureen Lipman’s character,in lesser hands,  could’ve been unsympathetic, but it is all credit to Lipman that she isn’t – you feel for Veta too. In one particular scene (involving the funniest painting I have ever seen), the comic timing is second to none, when she finally screams and says the line ‘that is not my mother’, the tears were literally coming down my face. Her scenes with daughter Myrtle Mae (the fabulous Ingrid Oliver) also sparkle with double entendres just added to the already high comic value.

Harvey is a joy from beginning to end, with a cast at the top of their game and a story that makes you smile just thinking about it. I left thinking how much better a world would be if it was filled with Elwood P. Dowd’s.

Harvey runs at the Birmingham Rep until 21st February. Click here for ticket information and availability.

2 thoughts on “Harvey: The Pooka arrives at the Birmingham Rep”