La Fille Mal Gardee by the Birmingham Royal Ballet started a five night run at the Birmingham Hippodrome last night, and delighted and charmed audiences with it’s story of true love almost thwarted by the power of money.

The ballet was created by Frederick Ashton in 1960 and is the simple story of the beautiful Lise, in this instance played by the enchanting Nao Sakuma, who is deeply in love with a poor farm lad called Colas(Cesar Morales – just perfect). They are perfectly matched but Lise’s mother, the widow Simone wants a better (read richer) match for her beloved daughter. She finds this in the umbrella obsessed Alain, an idiot for sure, but a wealthy one. Can the power of true love win out, or will the lovely Lise be forever stuck with a man described as ‘attractive as a potato, smart as a turnip?’ 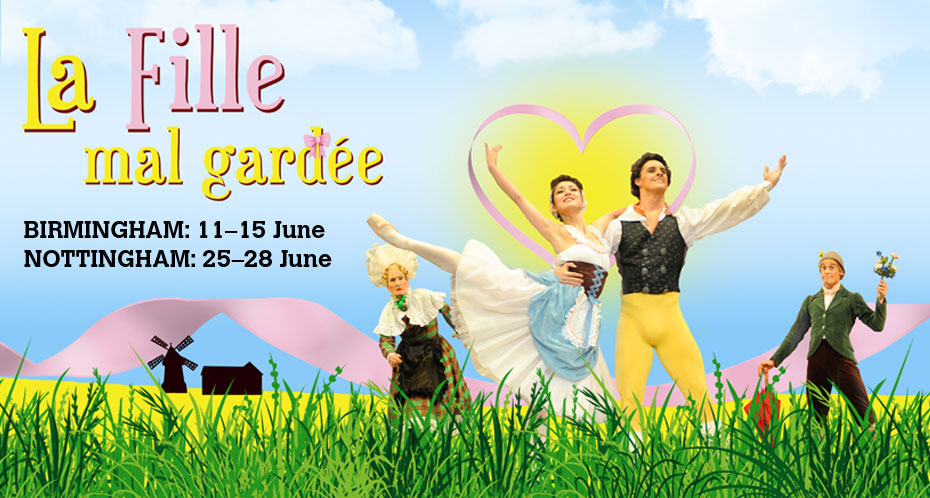 This much-loved ballet is the nearest the beautiful form will ever come to panto. It has a beautiful heroine and a handsome hero, and, stealing the show with the clog dance, a dame in the form of the Widow Simone. Played in the grandest tradition of panto by a male dancer, Michael O’Hare, the Widow is a hilarious comic figure, complete with a backside that Kim Kardashian would envy.  Another standout performance is Mathias Dingman as the luckless buffoon Alain. He seems to be a man missing a hobby horse, galloping around the stage with a slightly hysterical grin, raising lots of laughs along the way. 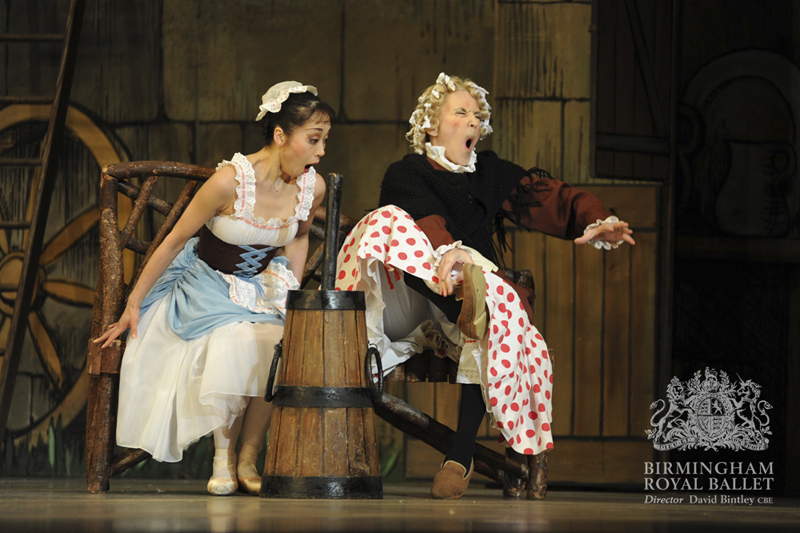 La Fille Mal Gardee is visually stunning, with three set changes that require two intervals. I love the final set which is the inside of Widow Simone’s house, complete with a bedroom area which shows just what a huge stage the Hippodrome now has. The beautiful colours of the bright costumes make the play the epitome of Summer sunshine, whilst the dancing cockerel and hens are both amusing and clever with their moves perfectly mirroring those of real animals. 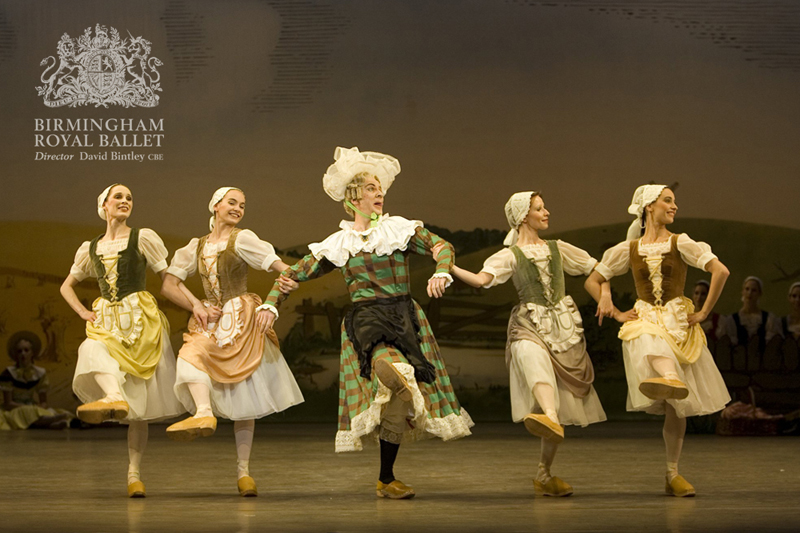 My personal favourite segment is the second Act which contains the fabulous clog dance and a set-piece around a maypole. This section also shows wonderful use of light and sound with the almighty thunderstorm that comes complete with darkness and thunder strikes – truly awe-inspiring.

La Fille Mal Gardee is a ballet for the whole family to enjoy. It is playing at the Birmingham Hippodrome until Sunday 15th June, and you can find ticket information here.

2 thoughts on “La Fille Mal Gardee at the Birmingham Hippodrome”