One of the most memorable scenes in modern film is the one where a drunken, shambolic Ray Say, played by the magnificent Michael Caine, sings an expletive laden version of ‘It’s Over’ by Roy Orbison. This is, of course, a scene from Little Voice, the film version of the National theatre smash hit ‘The Rise and Fall of the Little Voice’, and it is one of my favourite films. So I had very high expectations of the new touring production starring ex Coronation Street stalwarts Vicky Entwhistle and Chris Gascoyne that opened at the Birmingham Rep last night. I’m pleased to say that the play and performances exceeded every single one of them. It is magnificent. 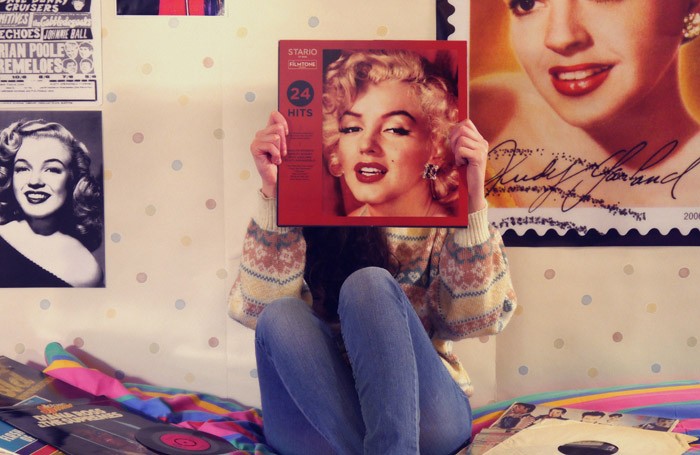 Little Voice is a fragile, introverted young girl with a secret, awe-inspiring talent. Living with the blousy Mari, a vulgar lush excuse of a mother, she spends all of her time in her bedroom, listening to the cherished records left to her by her late father, the music of doomed divas like Judy Garland, Marilyn Monroe, Billie Holiday and Maria Callas. When a drunk Mari brings local big shot Ray Say home, a power cut leads him to discover Little Voice’s very big talent for mimicking her idols to almost uncanny effect. Ray hears the cash tills ringing as he realises that the timid girl may just be the meal ticket he has spent his whole life looking for. This sets up a chain of events that may just destroy Mari, Ray and Little Voice, and all they hold dear to them. 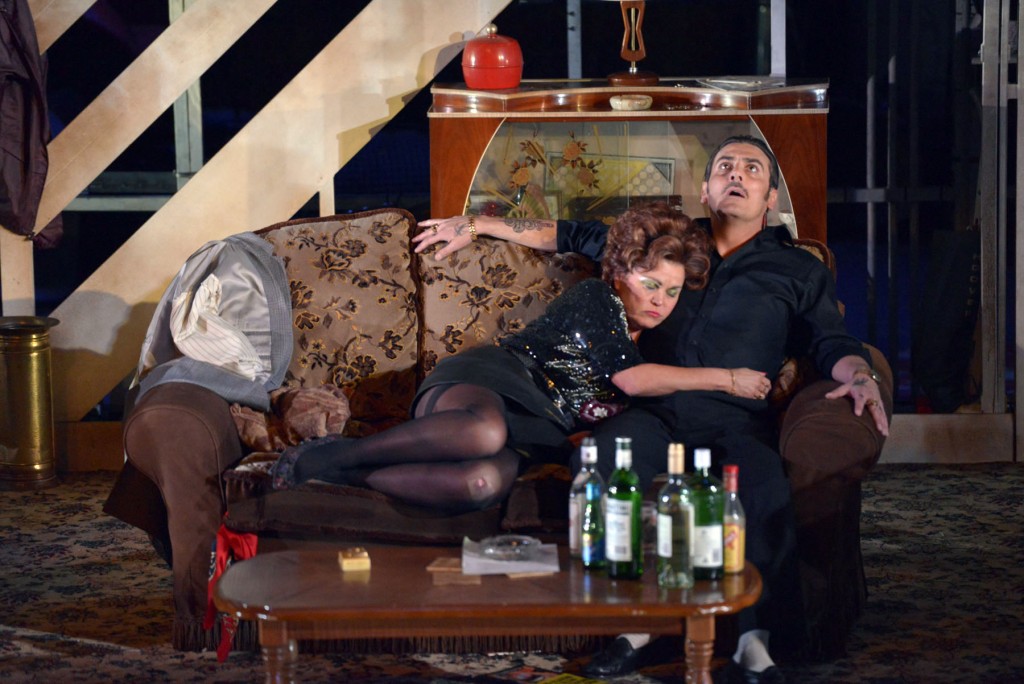 Little Voice is played by Nancy Sullivan and it is one hell of a performance. She is totally believable when shy and nervous, but when she transforms into the performing Little Voice she literally raises the roof with her performances as Shirley Bassey, Judy Garland, and a tremendous Edith Piaf. It is an awesome performance, totally powerful and unforgettable. 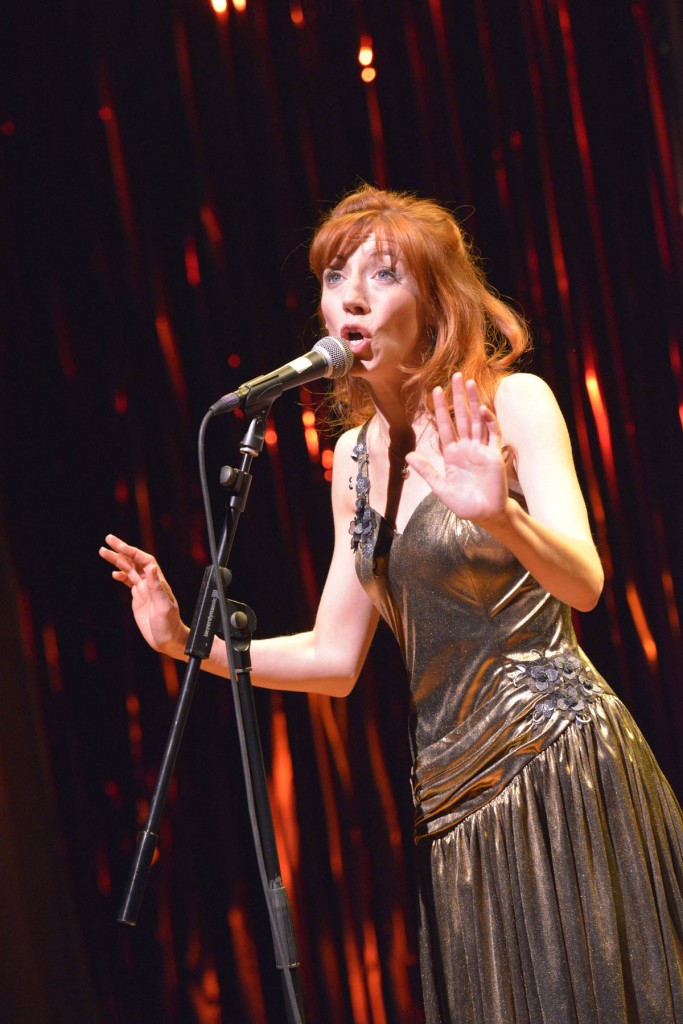 Vicky Entwhistle and Chris Gascoyne are also perfect, and, at times, hilariously funny in a triumphant double act. Chris just oozes oily charm as Ray Say, all white socks and slip on shoes – you can almost smell the Brut reeking from him. He shows great range in taking Ray from a sleazy charmer to a nasty, predatory bully who shows no qualms in using violence against his star act. And ‘that’ performance of ‘It’s over’ is a brilliant tour de force. 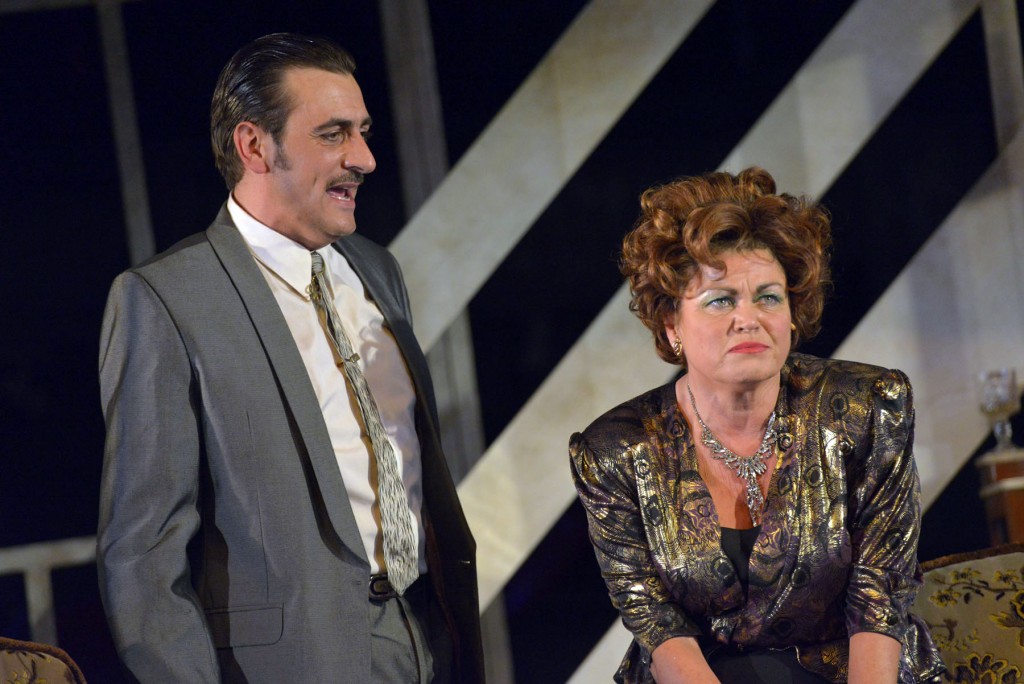 Vicky Entwhistle is also superb as Mari, a bully of a mother and friend. She is brash, charmless and an horrific mother, but in Vicky’s hands she is also hilarious and very real. Mari may be a nasty vicious bully to those closest to her, but she has also been hurt and abused too and Vicky lets these glimpses of pathos come through, not least in the scene where she holds up the ash of her furniture.

The supporting cast are also impressive, from the hilarious Joanne Brookes as Sadie, overweight and chastised for it by Mari (‘come and choose a chair to crush’ being an example), to Brendan Charleson as the fabulously named Mr Boo (don’t shout my name too loud you’ll scare me). Tendayi Jembere is just lovely as Little Voice’s love interest Billy, another gentle soul who loves lights the same way Little Voice loves music. His scenes with Nancy Sullivan give the play real heart. 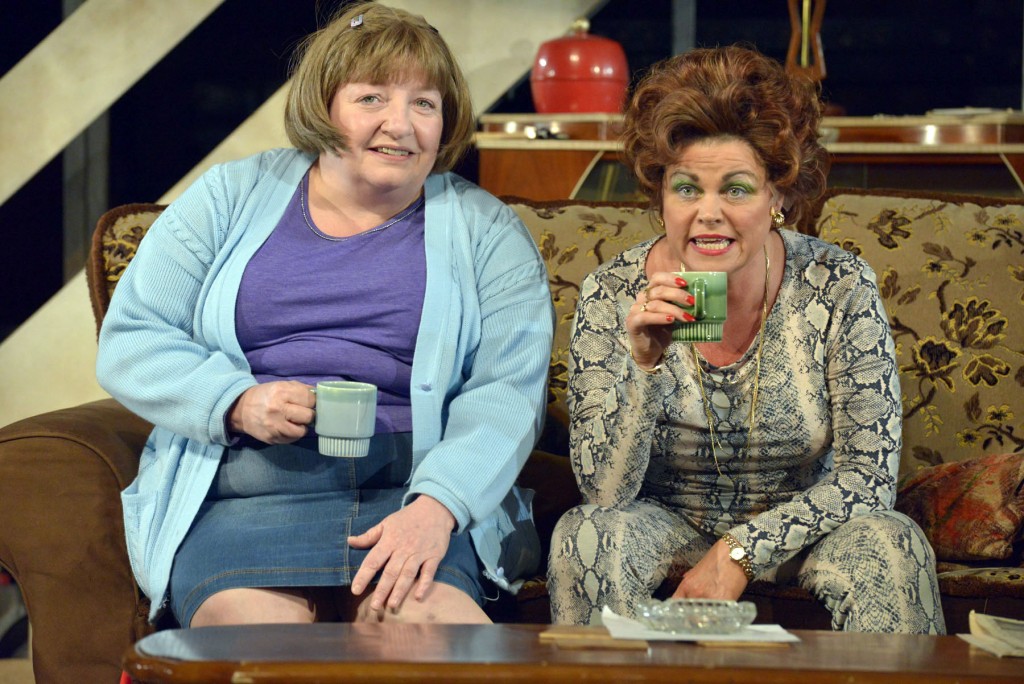 Little Voice is a true modern classic, one full of memorable, shocking, funny and tender moments, all of which help to create an unforgettable theatre experience.

Little Voice is at the Birmingham Rep until 30th May. For ticket information click here.