It seems an open and shut case. A young black boy, just 16, kills his abusive father after one too many beatings. A strong witness is positive he heard the boy say he was going to kill just before the father was fatally stabbed. Another witness saw the stabbing and then saw the boy flee. An open and shut case. So why does Juror 8 insist that the boy could be not guilty and refuse to give a verdict that would send the defendent to the electric chair? 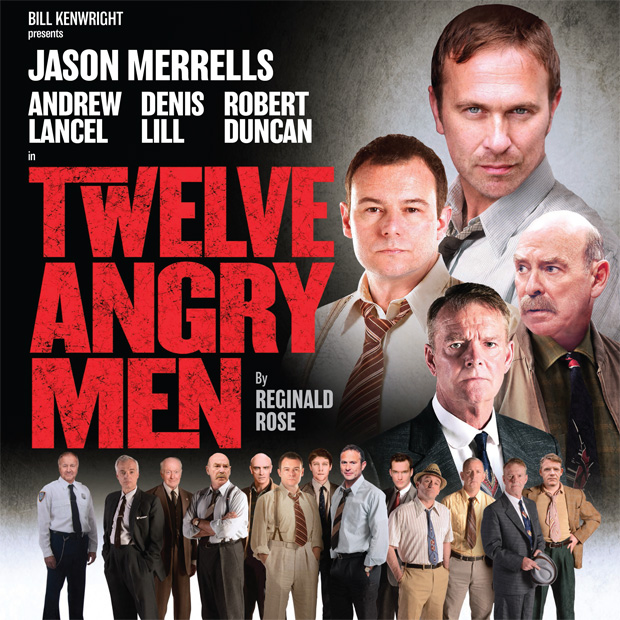 This is the premise of 12 Angry Men, a classic Henry Fonda film turned into a magnificent piece of claustrophobic, thought provoking theatre that opened at the Wolverhampton Grand last night. The verdict has to be unanimous, but as the case and the subsequent trial is unpicked, each juror begins to question what they were so quick to believe when they entered into deliberation on that scorching hot New York Afternoon.

As Jury Number 8, Jason Merrells is brilliant. He is a calm presence who methodically picks his way through all the evidence, without ever actually saying whether he believes the boy to be innocent. Because the truth of the matter is not about innocence at all, but about reasonable doubt – if it exists then a person should never be found guilty. 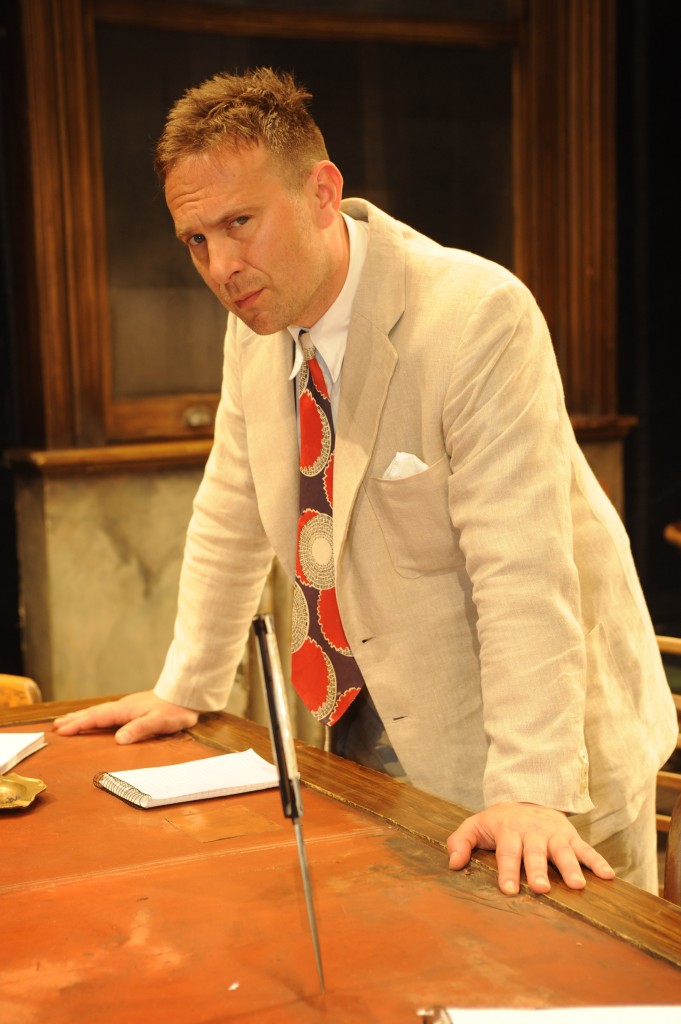 Andrew Lancel as Juror number 3 is also faultless. He is unwavering in finding the boy guilty, but shows time and time again that anyone is able to show and exhibit violent tendencies, without actually acting on them in a murderous way. His final scene is heart-rending in its depiction of a parent hurting over a child, giving an insight into why he was so convinced of guilt in this case. 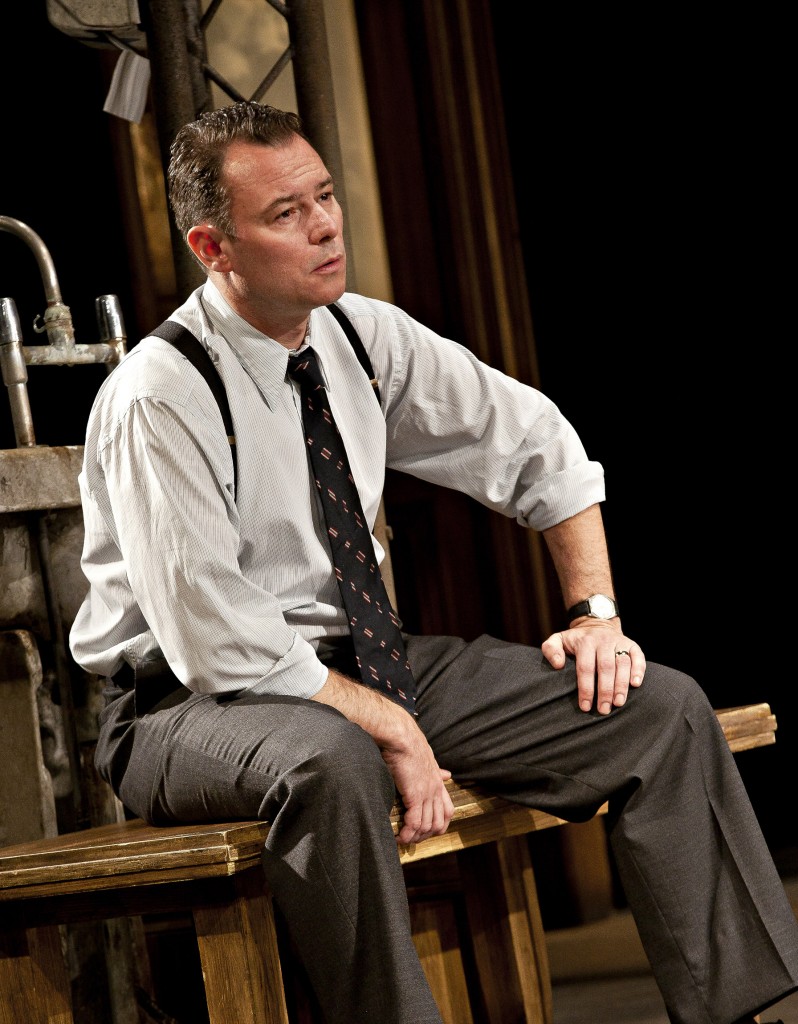 The rest of the ensemble cast are equally good, with Sean Power raising laughs as Juror 2, desperate to get to a baseball game, and Gareth David – Lloyd as Juror 12 – who finds himself swayed from guilty – to not guilty and back again, yet unable to actually voice why with any conviction. 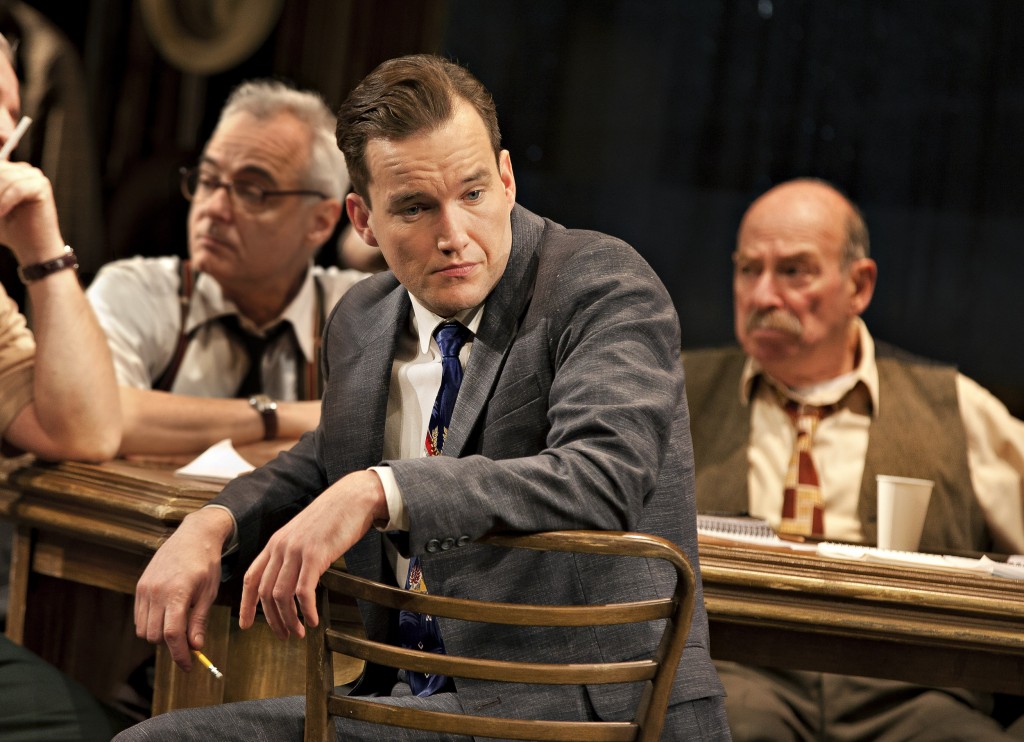 12 Angry Men resonates today in times when we have seen so many miscarriages of justice, and this staging is as tense a piece of theatre as you will see this year. Its theme will stay with you long after you leave the theatre, with an ending that satisfies that, at least in this case, justice has been done.

Twelve Angry Men is at the Wolverhampton Grand until Saturday 23rd May. For ticket information and times, click here.