There are some people who really make a difference to this world. Harry Moseley was one of them. Diagnosed with an inoperable brain tumour at the age of seven, he could’ve been instantly forgiven for having a selfish outlook, or for giving up on a life that had barely started and was now being given an expiration date. But that was not Harry. Instead this little boy showed he had the bravery of an army of men and a care and compassion for other children in his position that was both humbling and heartbreaking. Harry set up the ‘Help Harry, Help Others‘ campaign, making brightly coloured bead bracelets to be sold to raise funds for Cancer research. Harry said “When my friend Robert Harley became very ill because of his brain tumour I set up my campaign Help Harry Help Others. I started making and selling bracelets in the hope that I would raise enough money for brain tumour research so that I could help get my friend better.” 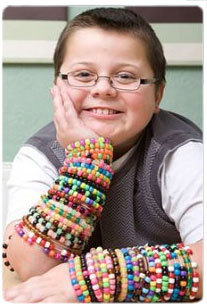 Sadly, Harry lost his fight in October 2011, at the age of just 11 years old. He was just a little boy.  But Harry’s left a huge legacy that lives on, and is continuing to inspire the fight against the awful, awful disease that is cancer.

Brummie Legend PJ Ellis has been so inspired by Harry’s courage and determination, as well as that of his mother Georgie, that this year he has decided to organise a very special charity event that will both celebrate Harry’s legacy and continue his good work raising funds for cancer research. Putting together an organisational team that includes Ed James from Heart FM and his lovely wife Denise Mickle,  Kathryn Frost at Weightmans LLP and Laura Ross of 69 Magazine, the inaugural  Harry Moseley Charity Ball has been born!

It has a date that you need to add to your diaries, Friday 24 August 2012, and a venue, the ICC, Birmingham. It will be open to both corporate organisations AND the public to ensure a maximum turnout at what promises to be a truly spectacular event! 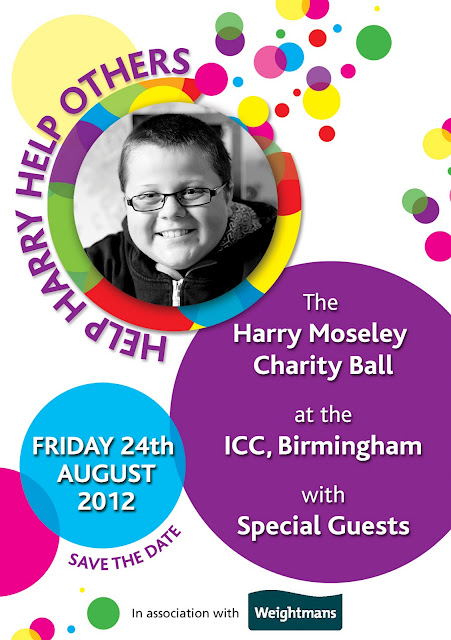 Today the Ball organising was given a huge boost when Tim Andrews from Hollywood Monster, one of the UK’s biggest signage and digital printed graphics experts, and a fantastic bloke who I had the pleasure of meeting at MPW launch a few weeks ago, donated the most amazing raffle prize for the proceedings.

They donated the use of their amazing, luxury motorised yacht for the day. You can read all the details below. 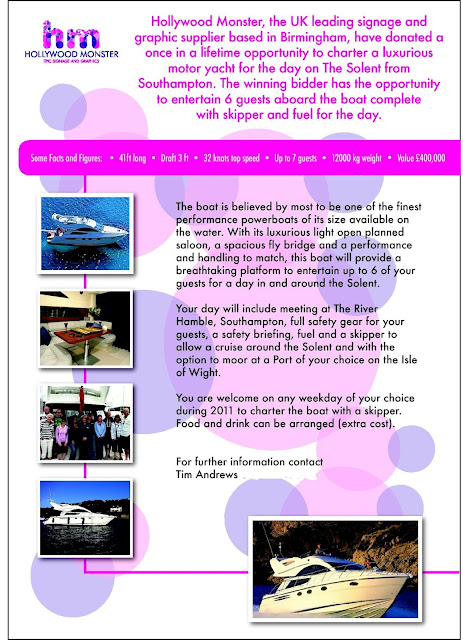 So now it’s over to you. Can you help in some way? Do you have a company or service that could offer a raffle prize for the night. Do you think you could help in some other way? This needs to be the biggest and best ball that Birmingham has ever seen.