The first thing I tweeted on hearing about the birth of Harper Seven Beckham was that Suri Cruise now faced some serious competition. I regretted this almost instantly. Because of all the things I wish for that much longed for little girl, being another Suri Cruise isn’t one of them.

Suri Cruise, let me refresh your memory. According to Glamour readers, she is the 21st best dressed women in the world in 2011 (shame on anyone who voted for her!).  She has a shoe collection that includes Louboutins and Marc Jacob shoes and is reputedly worth £90,000. She’s a huge fan of Marc Jacobs. Oh, and did I mention she’s five years old? 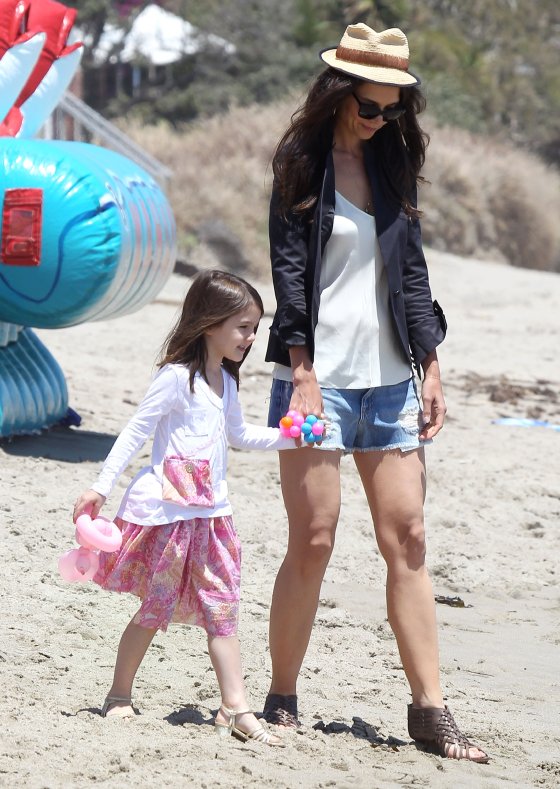 Suri is the epitome of child as fashion accessory. According to a recent news report, a source was quoted as saying “,,,Tom loves seeing his little girl dressed up…” and that he “…encourages her to wear frilly dresses and tiny heels…” Suri has a wardrobe full of designer names, and is never knowingly underdressed.Not for her the Hello Kitty t-shirts or Disney Princess dresses. She has even been pictured wearing little heeled sandals on the beach! All this at five years old. 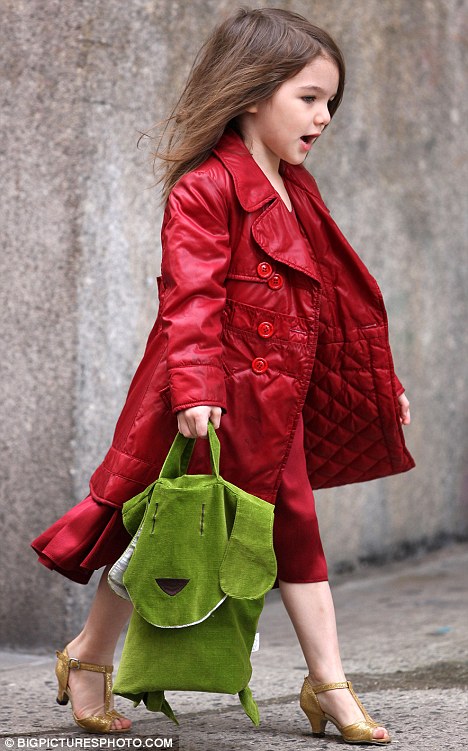 Katie Holmes has been quoted as saying Suri makes her own choices and is very interested in fashion. This is probably true, she possibly does choose what to wear from her wardrobe. But this is a wardrobe filled with Marc Jacobs, rather than Gap and Mothercare. I can’t imagine there are many pairs of jeans in that wardrobe, or Lelli Kelly shoes, or Peppa Pig  t-shirts, not with Tom  and his taste for pretty dresses. And, incidentally, I’m not convinced that most five-year olds are that good at colour co-ordination.

But the Cruises are not alone in the glamorization of their children. Katie Price has paraded Princess Tiami with a face full of make-up, whilst Ava Sambora, daughter of Heather Locklear and Richie Sambora is a 13-year-old model regularly parading down a catwalk in full make-up and skimpy clothing. I recently got into quite a debate on the Daily Telegraph website because I described the sophisticated look  of Chloe Moretz as reminding me of someone who wanted to get laid. I stand by my comment because, as a mother, I wouldn’t allow a 14-year-old daughter to go out dressed like that. 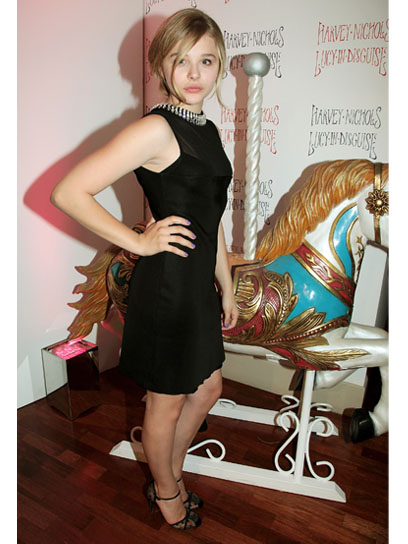 It seems some famous parents seem to have forgotten that childhood should be a fun time, rather than being dressed up like some living doll. Suri Cruise should be allowed to dress like a child, and be able to get dirty sometimes. Chloe Moretz shouldn’t be running to grow up too quickly, adulthood, with all its stresses and strains, will come soon enough. I hope  that Victoria Beckham cherishes Harper without the use of  heels and make-up. The signs are good, Cruz seems to live in super hero costumes, lets hope that Harper is allowed to be more Disney Princess than Fifth Avenue Princess.