I’ve recently switched my internet provider to Sky Broadband. It seemed to make perfect sense to have my satellite TV, telephone calls and internet from one combined source, and Sky was the best option for my family, especially with the Sky+ element, and my husband’s love of HD channels. Although I had always used Freeview in the past, the Broadband bundles currently offered by Sky , which include unlimited Broadband (perfect for a blogger of course),  the Sky TV entertainment package that includes Sky Atlantic, and a free Sky HD box, mean that I have a package that both addresses my working needs in the form of reliable and fast internet access, and my relaxation needs, in the form of some seriously classy television.

I don’t actually get that much opportunity to watch television, hence the real need and love of Sky plus. But there are some programmes that appeal to my love of fashion, art and style, and also to my affection for the ever so slightly surreal. Here are some of the reasons that Sky is definitely the one of life’s little necessities in my household.

The anti Sex in the City, ‘Girls’ is, in my humble opinion, one of the most gob-smackingly brilliant series to hit television in years. Writer and lead actress Lena Dunham is so honest in her depiction of Hannah, a girl who has flashes of brilliance but suffers from OCD and times of real self loathing. But as good as she is, it is hard to take your eyes of the beautiful yet neurotic Jessa whenever she is on the screen. As played by the artist Jemima Kirke, English girl Jessa is both strong-willed and yet vulnerable, as stylish as Talitha Pol, and possibly the only girl who could make you hate the always loveable Chris O’ Dowd. Jessa makes Carrie Bradshaw seem average in every way – which is quite an achievement. 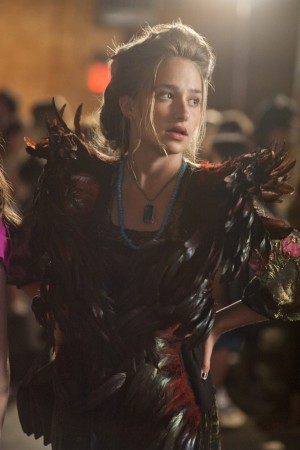 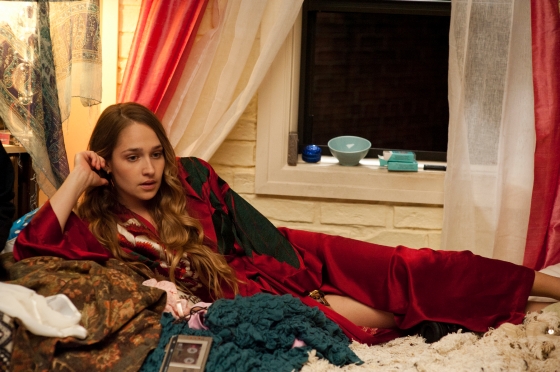 Kylie Minogue. Edie Sedgwick. Two ladies who I most definitely class as icons of style. So imagine my delight to find that Kylie was going to be playing ‘Bibbi’, an actress playing the role of Edie Segdwick, in a special episode of Sky Arts Playhouse entitled ‘Hey Diddly Dee’. The ageless Kylie looked amazing in Edie’s stock costumes of black opaque tights and long black tunics, along with the 1960s style eyelashes, and the play itself was a delicious black comedy, with Peter Serafinowicz and Matthew Horne also playing roles to great effect.

This is one series I am really looking forward to this Summer. Pyschobitches takes the form of a therapy session for some of the most famous ladies in history. From Eva Peron to Eva Braun, there are some truly interesting ladies taking a seat in that particular office. But the episode I am most looking forward to stars the female legends from ‘Whatever happened to Baby Jane’, Joan Crawford and Bette Davis, in full make-up and costumes, with the Joan Crawford role being played be Mark Gatiss, back in feminine garb he wore so memorably in ‘The League of Gentleman’. Frances Barber plays the Bette Davis role with similar relish. 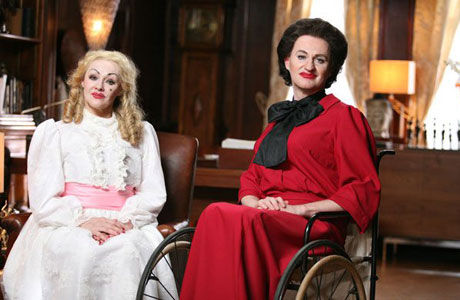 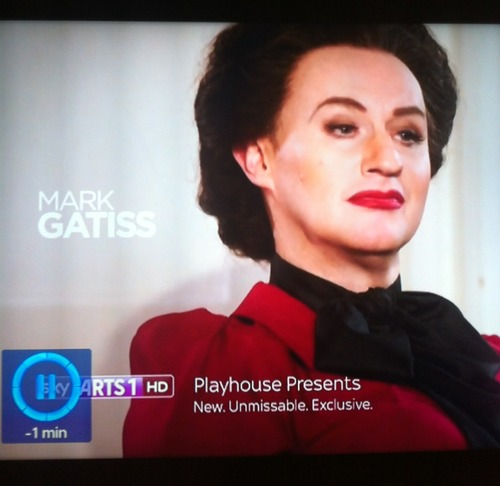 Pyschobitches looks both hilarious and un-missable. With Judy Garland and Marilyn Monroe also taking a seat and spilling their souls, I’m already setting the Sky+ for this.