Every so often (if I am are truly lucky) I get to experience a piece of theatre that leaves me totally awestruck. Last night, at the Wolverhampton Grand Theatre,  was just one of the those nights. The National Theatre production of The Curious Incident of the Dog in the Night-time, a play by Simon Stephens, based on the novel by Mark Haddon, is one of the most astounding pieces of theatre I have ever watched. With a star-making central performance by Joshua Jenkins, and an ensemble cast that would be hard to beat, I left the theatre both laughing and crying about what I had watched. 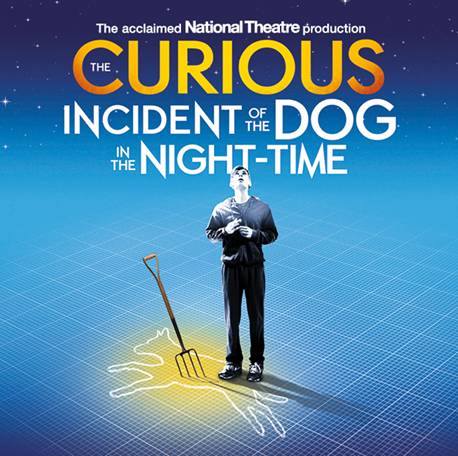 The play is centred around a 15 year old boy who has Aspergers Syndrome. (not that he says that – he refers to it as behavioural problems.) Christopher Boone is a gifted mathematician living with his father in Swindon. He goes to a special school where he has a rewarding relationship with his teacher Siobhan (the warm and lovely Geraldine Alexander.). One night Christopher stumbles upon the body of his neighbour Mrs Shears dog. It is mistakenly thought that Christopher has killed the dog, and after he attacks a policeman for placing hands on him (Christopher has a real phobia about human contact), Christopher decides he needs to play detective and find out who really killed the dog. This sets him on a path that reveals a lot of ‘skeletons in the cupboard’ about his own family. (He would really hate me using that phrase in my review – Christopher is nothing if not literal.)

In the central role Joshua Jenkins breathes life into the complex character that is Christopher. Virtually on stage for the whole of the play, he is, by turns, hilariously funny, euphorically excitable (explaining why he would be a great astronaut is a high point, and totally heart-breaking as he shirks from every loving contact from the people who love him most. A gentle character at heart, innocent and incapable of lying, Christopher is shown to be capable of acts of violence directed at those who want to protect him. It is an awesome performance that cannot be applauded highly enough. 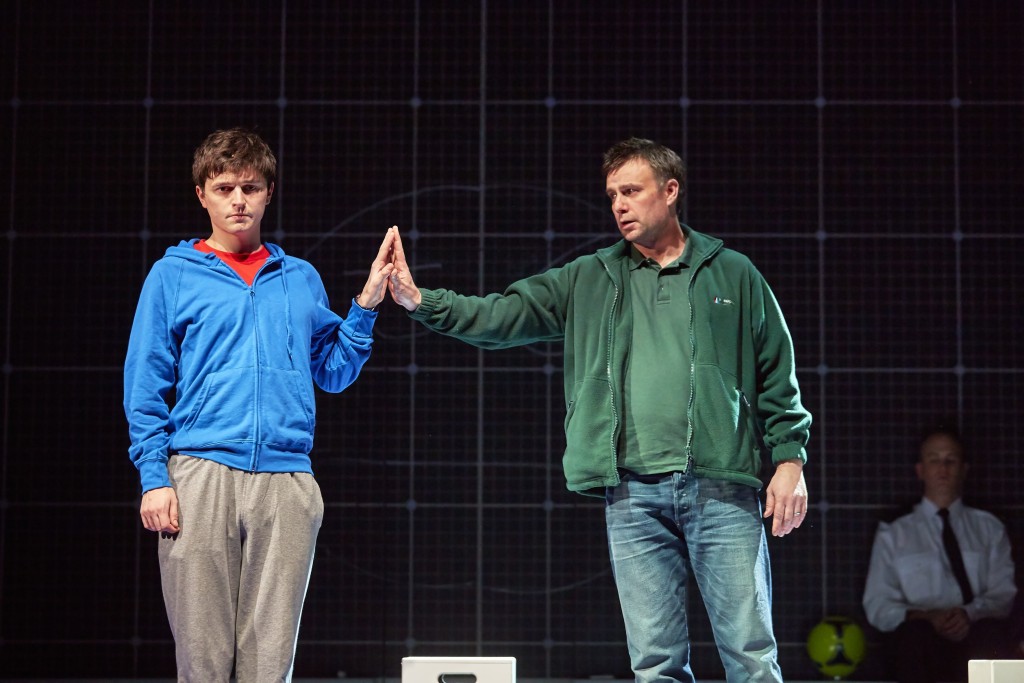 Joshua Jenkins (Christopher) and Stuart Laing (Ed) in The Curious Incident of the Dog in the Night-Time UK Tour. Photo by BrinkhoffMögenberg

As his parents, Ed and Judy, Stuart Laing and Gina Isaac are both great. Stuart makes your heart despair for Ed, particularly in the emotional scene when Christopher finds his mother’s letters, the tenderness and love for the son he tried to protect is there for all to see. Gina Isaac is quite brilliant as Judy, a glamorous memory on the beach for her son, but, in reality, a mother pushed to despair and abandonment by the boy she loved but could no longer cope with. The scene where the 44 letters are revealed, and the letter detailing her affair is read is one of the most powerful of the whole play. I don’t mind admitting it, I shed a tear.

Gina Isaac (Judy) and the cast of The Curious Incident of the Dog in the Night-Time UK Tour. Photo by BrinkhoffMögenberg.JPG

Joshua Jenkins (Christopher) and Stuart Laing (Ed) in The Curious Incident of the Dog in the Night-Time UK Tour. Photo by BrinkhoffMögenberg.JPG

There are so many other things that need mentioning, not least of which is the set. The whole stage is like an interactive white board and it really adds to the whole piece, you get lost on the stage and genuinely feel like you are in London, or traveling on a train, or even on the Tube tracks. But there is always a element of confusion tied in with the mathematical solutions and straight lines and edges, which makes everything appear as it would through Christopher’s eyes.

The National Theatre have received numerous awards and plaudits for The Curious incident of the Dog in the Night-time and after watching this, it is obvious why. The play is a masterpiece of modern theatre.

The Curious Incident of the Dog in the Night-time runs at the Wolverhampton Grand Theatre until Saturday 21st February, click here for ticket information and booking.

4 thoughts on “The Curious Incident of the dog – Just awe-inspiring.”