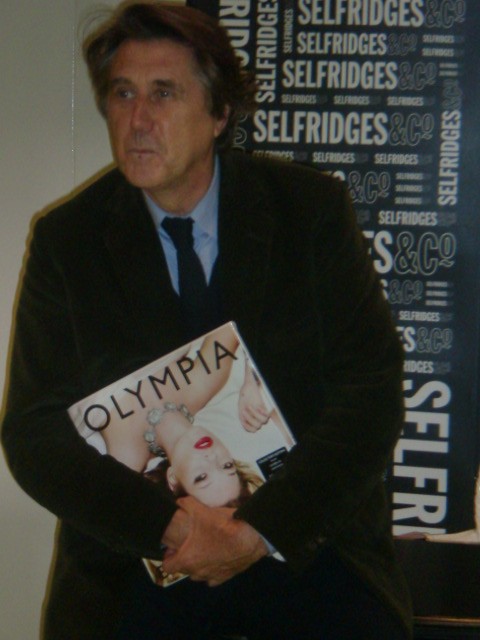 Bryan Ferry is back! The most stylish man in modern music has made a triumphant return, playing to sell out crowds with his band Roxy Music, and on Tuesday he was in Selfridges, Birmingham as a guest at a special cocktail party hosted in his honour. This was attended by approximately one hundred of his loyal fans, who had purchased a special edition of his latest release ‘Olympia’ and were able to get it signed by the great man himself.

Fashion-Mommy was also invited along to the event, held in the super stylish Selfridges Moet bar and gallery. The Champagne was certainly flowing, along with the excitement, with many fans queueing from 5pm, in anticipation of their meeting with the singer. They all clutched their wonderful special editions of Olympia, featuring an ultra-glamorous image of Kate Moss on the cover, almost like a tribute to those classic seventies covers like Sirens, which featured a mermaid-like Jerry Hall, and Country Life, with its risqué cover featuring underwear clad models. 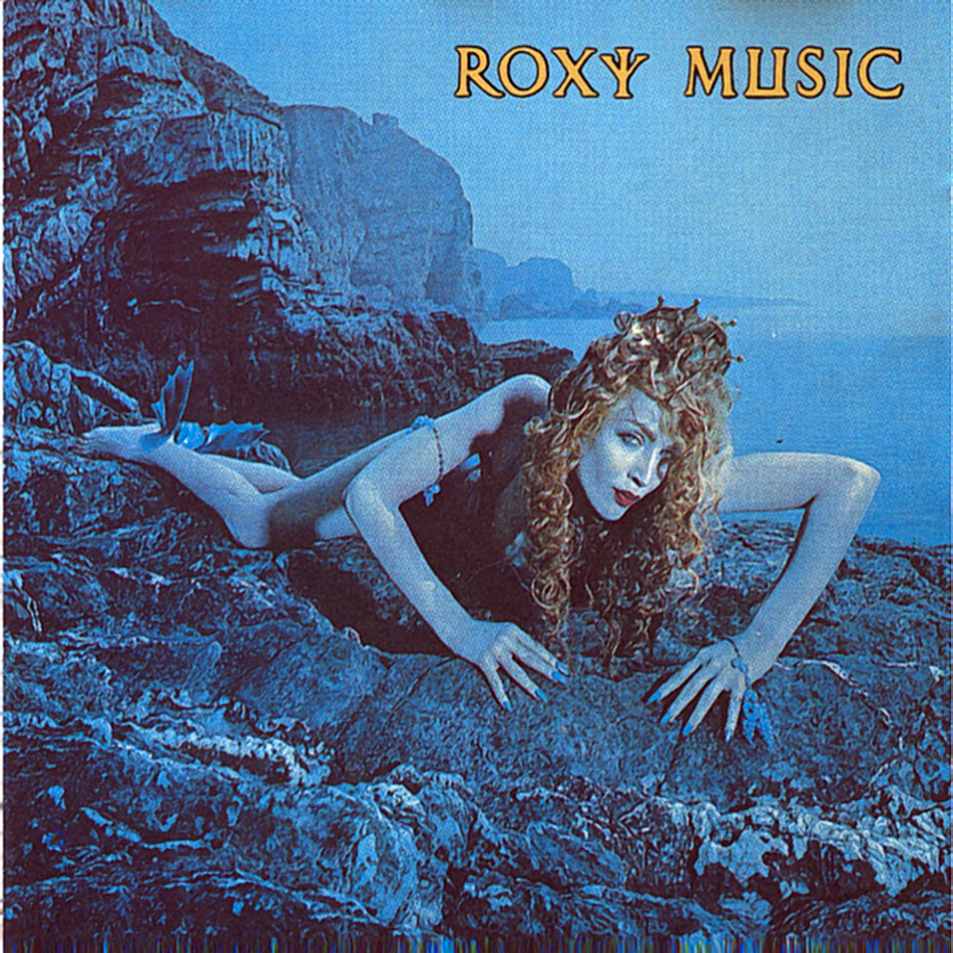 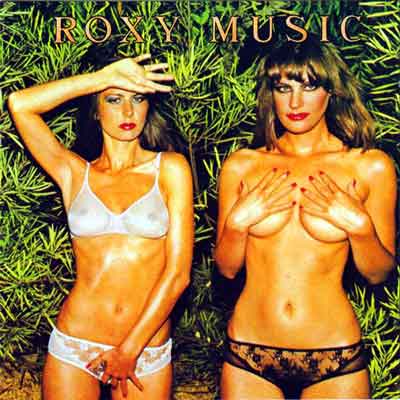 Bryan Ferry became synonymous with a sophisticated, more urbane personal style. Always smartly dressed, he avoided the worst excesses of 1970s glam, and had an image that was perfect for the smooth 1980s scene.   The music moved from the sublime Virginia Plain, which must lay claim to the best debut single of all time title, to the smooth, soulful tones of Avalon. My personal favourite, ‘Love is a drug’ is a timeless classic, one of the best tunes of the 1970s and totally recognisable today. 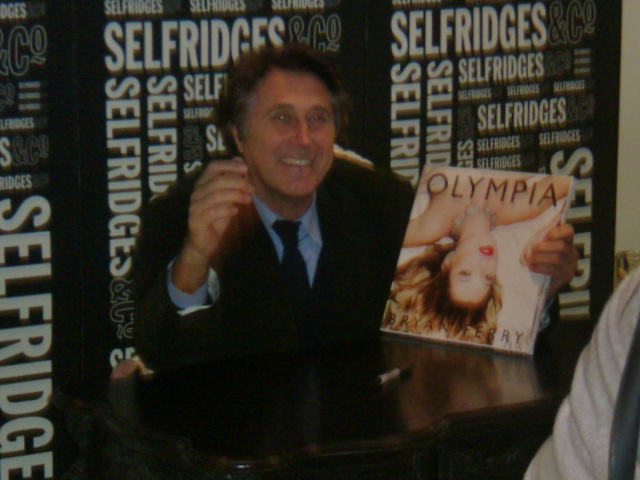 Ferry himself is still devastatingly handsome, and has charm and charisma in spades. He was totally at ease amongst his fans as he chatted, signed cds and posed for photographs. The first person to meet him was Lynne Hastings, who had won a special competition run in collaboration with the Birmingham post that included tickets to the previous nights concert at the Birmingham LG Arena. I chatted with Lynne and her best friend Jacqui after she had met Bryan to get more idea of what it is that makes him so special. 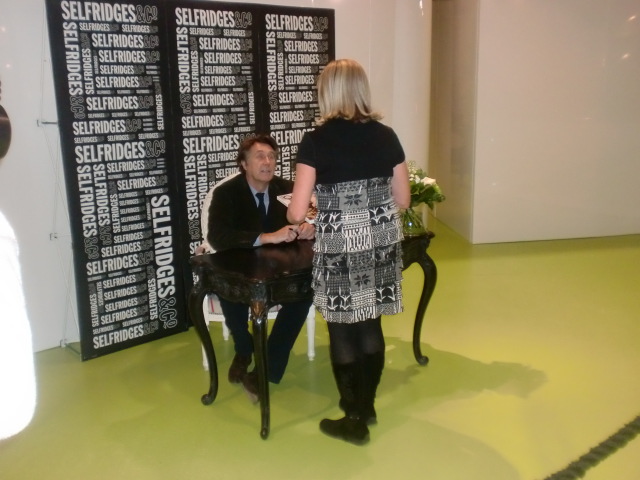 FM: Hi Lynne, Congratulations on your prize, tell me a little bit about your competition win.

Lynne: It was a competition that ran in the Birmingham Post. It was quite a simple question, and the prize was tickets to see Roxy Music at the LG Arena, and then the chance to be the first person to meet Bryan Ferry tonight, as well as a copy of the Olympia box set. It’s all been absolutely amazing!

FM: Have you been a fan of Bryan Ferry for a long time?

Lynne: Yes, I’ve been a fan of Bryan and Roxy music since I was 19, and Jacqui’s been a fan since she was 17. I always found his music to be a very grown up sound. It was played in the more selective, exclusive clubs, the sort that had guest lists and dress codes, and ropes that stopped some people from getting in.

FM: What is it about Bryan Ferry that makes you such a fan?

Lynne: Well, he’s totally gorgeous – frankly – He’s got IT! You only have to look at the way he looks at people – totally charming and gracious. He’s a very warm and friendly person.

Jacqui: It was something about the whole era of the 1970s, that moved into that New Romantic Era. It was all about being different, well dressed and stylish. People like Bryan Ferry and David Bowie just epitomised that era. You seemed to spend a fortune on outfits that you would then only wear once. A very grown up time, but fun too.

FM: Have you enjoyed your experience?

Lynne: Its been fantastic. I still can’t believe I’m here, this sort of thing doesn’t happen to me. I’ve thoroughly enjoyed everything. 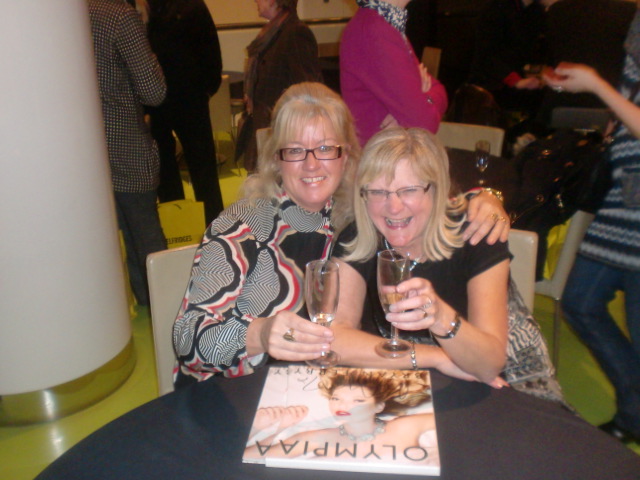 With that final thought I left the ladies to enjoy their night. Bryan Ferry had proved to be the total gentleman, stylish, charming, sophisticated and elegant, and with a loyal fan base that show no signs of diminishing. Frankly, I don’t think I’ve stopped swooning yet…