You may know of ‘The Verdict’ from the 1982 film starring Paul Newman in a tour de force role that brought him yet another Oscar Nomination. The story of an alcoholic lawyer reduced to ambulance chasing for cases, who decides to fight a case of malpractice that could be settled out of court, is firmly in the proud tradition of courtroom dramas. And now, in the hands of Clive Mantle and Jack Shepherd, the play version which is currently playing at the Wolverhampton Grand Theatre, delivers a powerful punch as it shows how fatal mistakes can be covered up, and that those you trust with your life may just be undeserving of that trust. 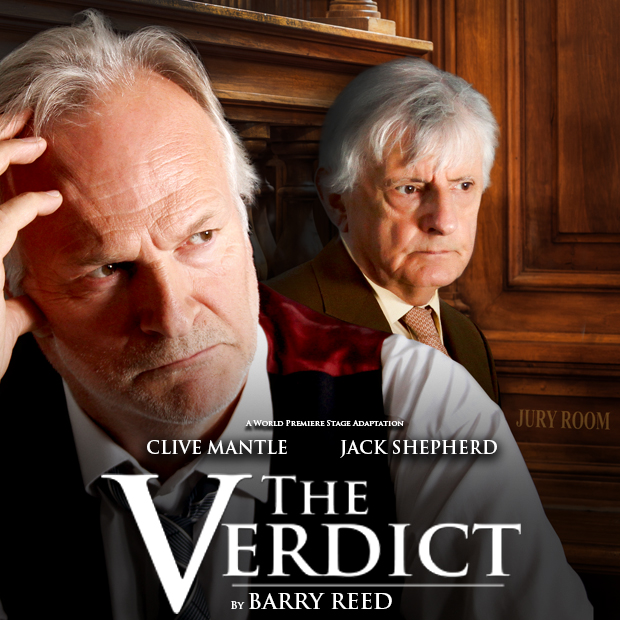 Set in 1976, four years after Deborah Ann Doherty suffered irreversible, devastating brain damage during the delivery of her baby, The Verdict is a story of malpractice, and human redemption. Mrs McDaid, Deborah’s mother, wants to provide care at home for her daughter, and to look after her grandchildren. Her lawyer, Frank Galvin, a barely functioning alcoholic, thinks the case can be the answer to his problems, it will be easy to settle out of court, and the money will alleviate his own personal problems linked to the rent of his office, his family and the IRS.  But a visit to see Debby in hospital changes his mind on settling out of court, even when Bishop Brophy (Richard Walsh in one of two roles) offers a cheque for $300,000 and a new professional role. Galvin decides to fight the malpractice case for $5 million, but this is never going to be a fair fight, as his witnesses disappear and the Judge seems set on hindering his case. Can justice actually prevail for Deborah Ann? 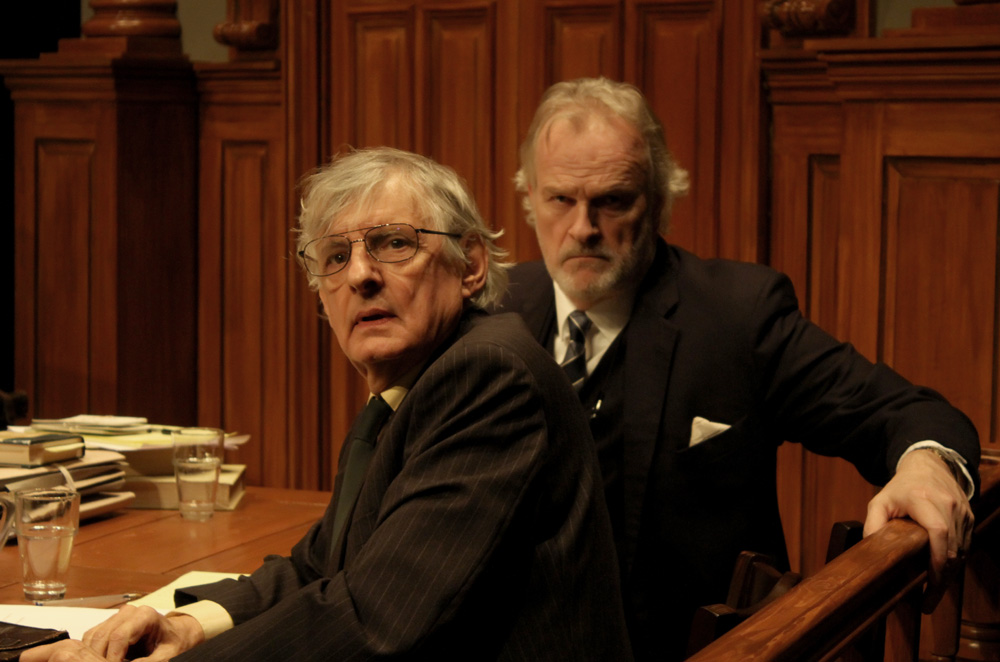 This is a play dominated by two central performances. Clive Mantle dominates the stage as Frank Galvin, his height and build giving him a real physical presence, and his portrayal of a man falling apart physically is raw and powerful. Jack Shepherd, as Moe Katz his former partner and best friend, is perfect foil – a tea drinker who has to stay calm for the state of his health. Jack’s quietly sympathetic performance works so well, especially in his poignant scene with nurse Mary Rooney (Veronica Quilligan).

The beauty of ‘The Verdict’ is the attention paid to the lesser roles, the performances truly stay with you. In particular, Hannah Timms as Natalie Stampanatto who beautifully brings to life the pain of a nurse who did nothing wrong, and yet lost her career, and Okon Jones as Lional Thompson MD, a doctor for hire in the witness box maybe, but one who brings class and humour to the proceedings.

The first half of The Verdict is a little slow, if truth be told, but that is more than made up for with the blistering second half, with courtroom scenes that enthrall and bring the audience to the edge of their seats. The ending is neat and satisfying too.

One thought on “The Verdict – Gripping Courtroom Drama at Wolverhampton Grand”