Firstly, I’d like to point out that this was not quite what I expected when I arrived at the Birmingham Rep to review this year’s seasonal offering, Treasure Island. I was expecting a rip roaring yarn featuring cartoon pirates, a stage glistening with gold and treasure and ‘x’ marks the spot. In short, I was expecting a panto version of the Robert Louis Stephenson classic. What I actually got was a deliciously dark pirate and treasure story, with a healthy smattering of girl power that the Spice Girls themselves would’ve been proud of. In short, it’s a real festive treat, albeit one with not a hint of Christmas. 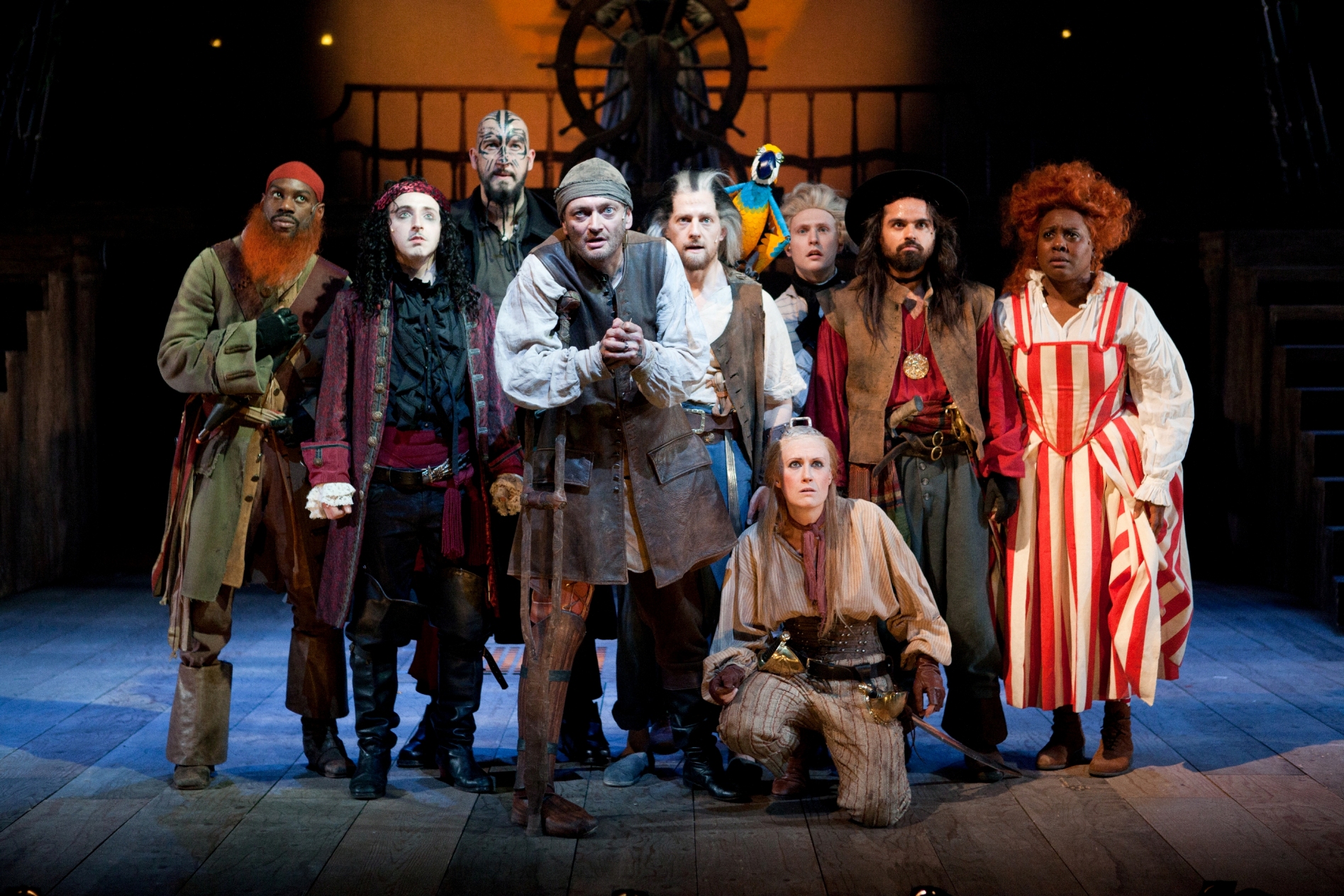 If you love the original story, all the elements all there. We have the Admiral Benbow Inn as our starting point, A trio of pirates arriving at the Inn all looking for the same thing, Captain Flint’s treasure, the local Doctor finds the map showing the treasure is on an island, and with the local Squire and the Innkeeper’s granddaughter Jim Hawkins, decides to find the treasure, enlisting a local captain with a ship, the Hispanola. But the rest of the crew they enlist are of a decidedly shadowy nature, and what of the ship’s one legged cook, Long John Silver? It seems the crew may be intent on taking that treasure for themselves. 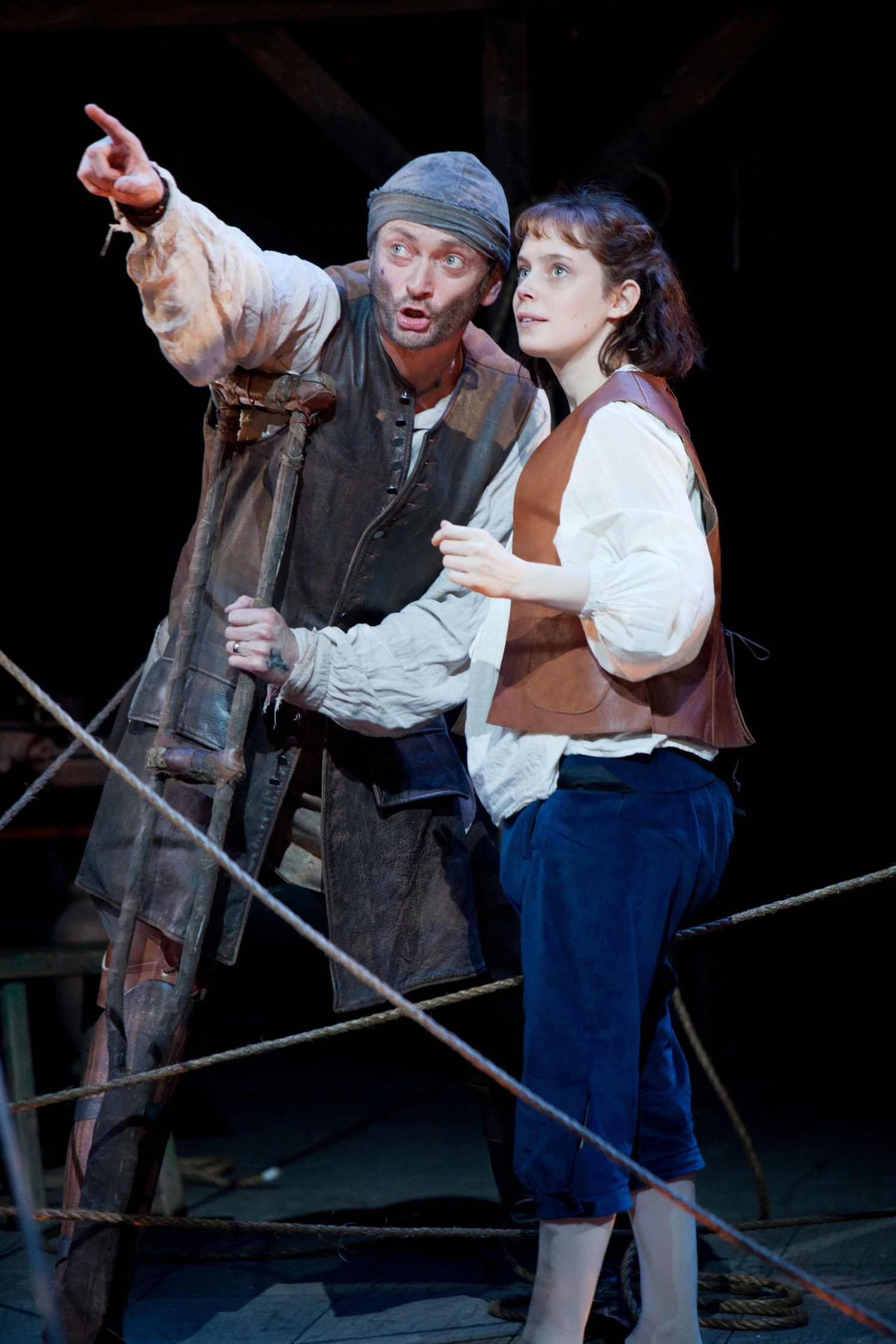 The whole cast is uniformly excellent, with Sarah Middleton excelling as a bright and feisty Jim (who just happens to be a girl in this version.). She is perfect foil for the menacing, but still quite charming and likeable Long John Silver (Michael Hodgson) who you sort of feel should get a break from the idiots who surround him. Sian Howard is also great as Dr Livesey, another strong female role and the moral conscience of the play. Comedy interludes are provided by the Squire Trelawney, played by Tonderai Munyevu as an 18th century drama queen to hilarious effect. Dave Fishley is another high point in his playing of poor Grey, a person who is always around, but is never noticed. 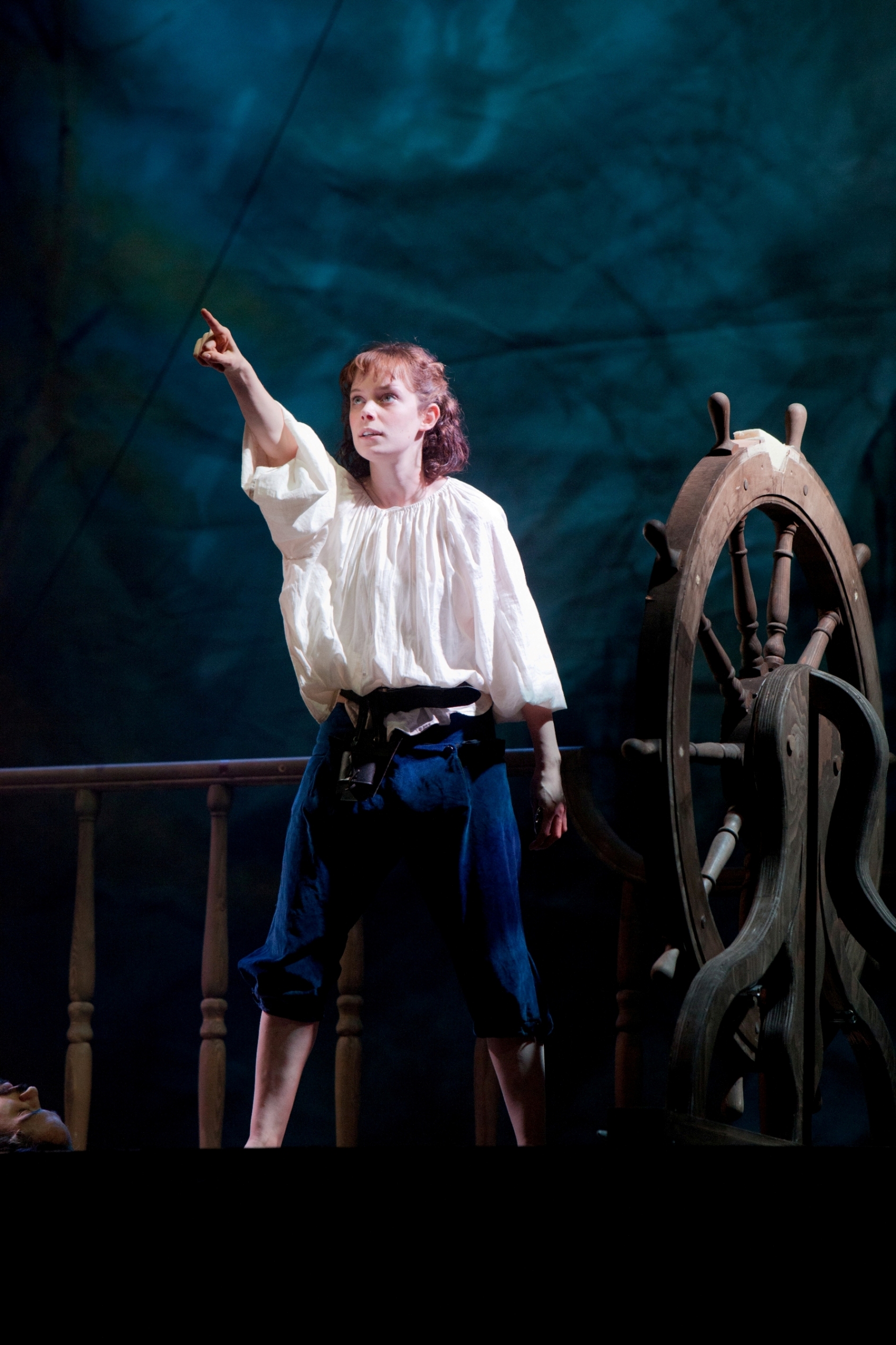 The set is brilliant in that you are truly transported to the deck of the Hispanola, complete with rigging and ships stores. The music is traditional in terms of sea shanties and pirate songs and adds to the atmosphere of dangerous doings at sea. With this version of Treasure Island, Bryony Lavery has created a real alternative to Christmas glitter and sparkle. Grab a jug of grog and enjoy!

15 thoughts on “Treasure Island – Pirates arrive at the Birmingham Rep”