For me, nothing beats the thrill of seeing a show on the West End stage in a beautiful theatre, the treat of catching the latest must see show, the thrill of watching the hottest ticket in town. 2019 is already promising to be a vintage year when it comes to new shows and must see hits, with so many new shows that range from adaptations of TV shows and cult movies, to perennial favourites and brand new classics. It truly is a fantastic time to see a show, you are quite literally spoilt for choice, with musicals truly having a golden era.

Here are a few of the shows that I am just so excited about for 2019.

Only Fools and Horses – The Musical

Now, this is one show that truly promises to be ‘lovely Jubbly’, a much loved TV comedy classic that should translate beautifully to the stage. With Paul Whitehouse perfectly cast as Grandad, Tom Bennett as Del Boy, and Ryan Hutton as Rodney, this is one show that has a heart, but with the jokes and funny moments coming thick and fast. Expect to see Boycey and Marlene, and the eternally deadpan Trigger stealing scenes.

The stage show is the brainchild of John Sullivan’s (the original writer) son Jim Sullivan and Paul Whitehouse and it recreates iconic series into a brand-new, home-grown British Musical spectacular that is sure to delight fans of the show, and those too young to remember it the first time around. 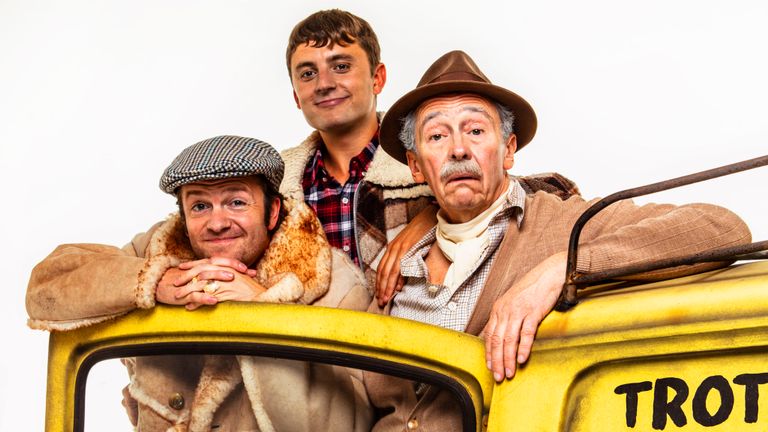 ‘It’s enough to drive you crazy if you let it.’ I’m a huge fan of the 1980s movie of the same name, a real celebration of women taking control of a situation with a nasty misogynistic boss and showing him just how well a company can be organised and run when they are given a chance.

Dolly Parton, who starred as Doralee in the original movie, created the Tony nominated score, and the warm and often hilarious musical has a truly starry cast, with Louise Redknapp*, Caroline Sheen^, Amber Davies, Natalie McQueen, Bonnie Langford and Brian Conley all gracing the stage. It is one of the current must sees in the West Hand and is sure to have you cheering on the ladies who are ‘doing it for themselves.’

Fresh from thrilling audiences with the new movie ‘Mary Poppins returns’, the greatest nanny of all is returning to the West End stage in October 2019, with the Disney and Cameron Mackintosh musical returning to its original West End Home, the Prince Edward theatre, for its latest run.

The role of Mary will be played by Zizi Strallen, who played the role on the International tour, with everyone’s favourite Chimney Sweep Bert played by the award winning Charlie Stemp.

Mary Poppins is all round family entertainment at its most magical, and is definitely not to be missed.

If ever a musical has captured hearts through positive and vibrant word of mouth, it is ‘Come From Away’. Taglined ‘the true story of the small town that welcomed the world’., Come From Away is the story of the town of Gander in Canada, and how it coped and reacted when it faced an influx of 38 flights landing there in the aftermath of the attacks on America on September 11th 2001.

It is a story that is a powerful reminder of how people can work together in the most terrible of circumstances, of the spirit of human kindness and resourcefulness, and it has resonated with its audiences to become a modern favourite – a true new classic. This was reflected in its nominations for seven Tony Awards.

Another must see for me! 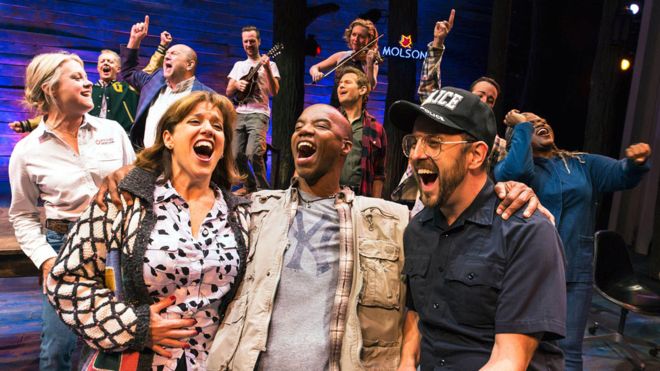