Life is a Cabaret and you just have to embrace it, and as a new version of the classic, iconic musical had its press night in Wolverhampton last night, it was clear that its message of tolerance juxtaposed against the horrific rise of Fascism has never been so relevant,

Cabaret is the story of a young wannabe writer Cliff Bradshaw, arriving in a glamorous decadent Berlin in the final throes of the Weimar Republic. Anything goes, and at the heart of the decadence is the Kit Kat Club, with its flamboyant Emcee. At the Kit Kat Club on New Year’s Eve, Cliff meets Sally Bowles, a glorious whirlwind of energy, on what happens to be her last night at the club. She talks her way into sharing his lodging room in the guesthouse of Fraulein Schneider, who is herself being courted by Herr Schultz, a Jewish greengrocer. Life becomes a round of parties and partners of both sexes for Cliff, but Hitler and his party are on the rise, and with it, the free and easy lifestyle enjoyed by all the characters is soon to come to an horrific conclusion. Life may be a cabaret, but this one is coming to a brutal end. 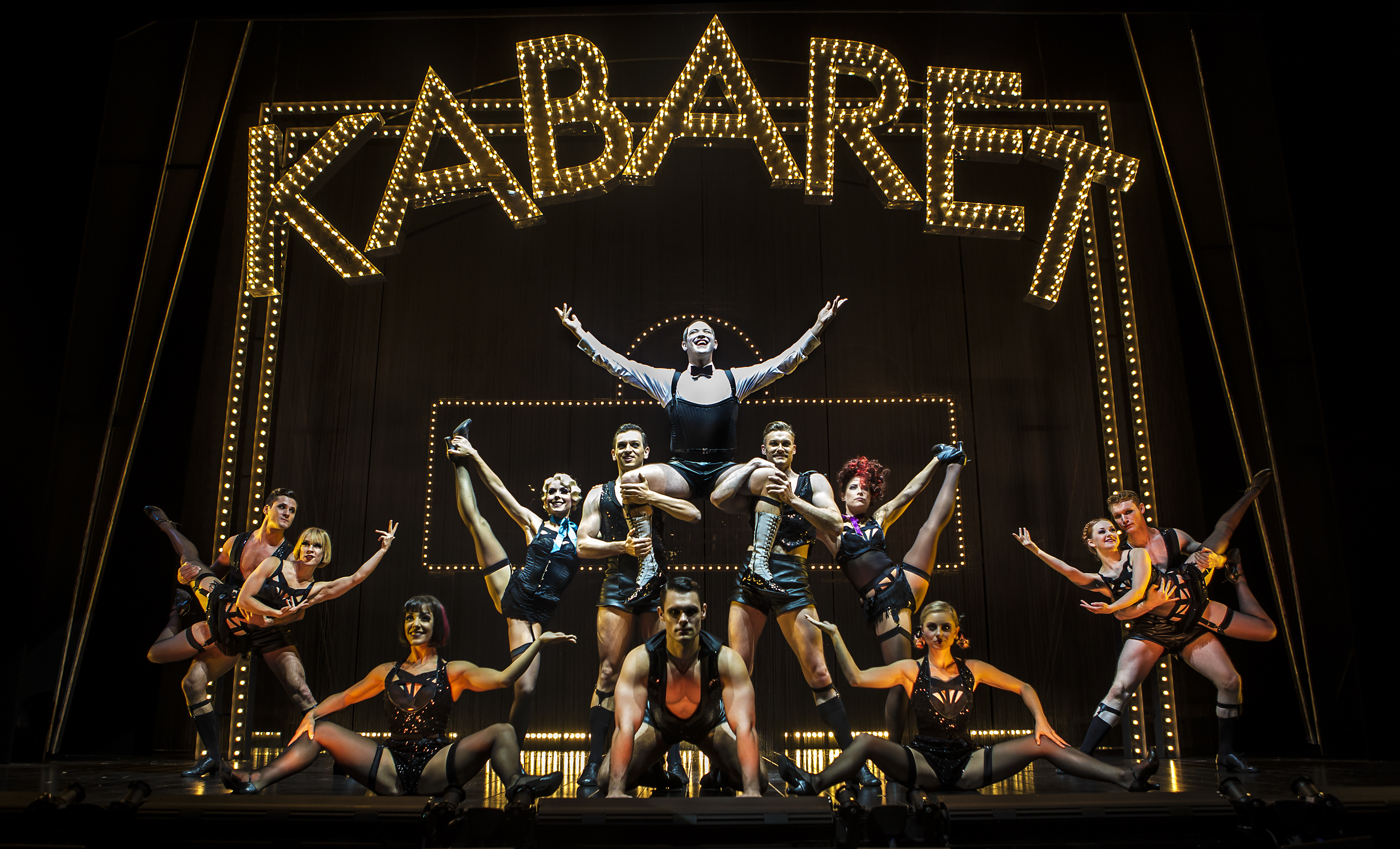 Cabaret’s strength has always been in its power to shift your emotions, from laughing out loud at the ‘Two Ladies’ scene, which shows far more than two ladies in bed with the Emcee, to the horror of the reveal of ‘If you could see her’, echoing the treatment of the Jews in 1931. The final scene is still as powerful as anything you will see in modern theatre, it literally leaves you cold with the brutal horror of what really happened in Germany at that time. But Cabaret also has a seedy glamour that enthrals in the musical numbers, and in the characters of the Emcee, and Sally and even Fraulin Kost, the prostitute who is every sailors aunt.

The performances in Cabaret are nothing less than stunning. The always brilliant John Partridge was born to play the Emcee, both funny and sinister, and always taking your attention when he is on the stage. A particular high point is ‘Tomorrow belongs to me’ at first like a funny puppet show until you see who is pulling the strings. Kara Lily Hayworth, who I loved in Cilla the Musical, is perfect as Sally, full of charm and sass but ignorant to what is going on around her. Her delivery of ‘Maybe this Time’ is poignant, making the spine tingle with her passionate delivery. 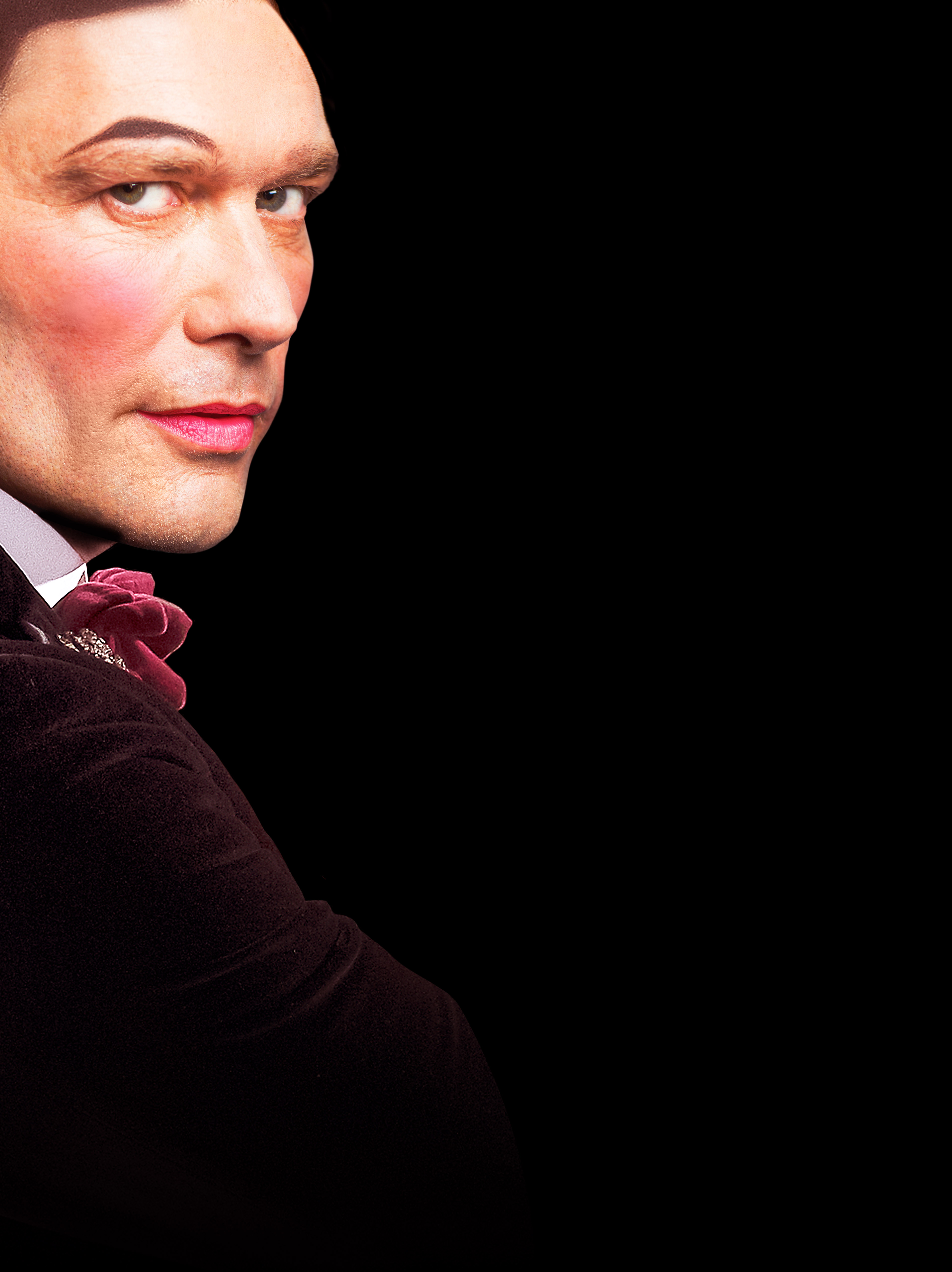 Charles Hagerty has the role of Cliff, often overshadowed by the more flamboyant, showy characters around him. But Charles brings integrity to the role, a quiet charm and a conscience, he alone seems to realise what is going to happen to the cabaret lifestyle of Berlin. Veteran actress Anita Harris gives a poignant, heartbreaking performance as Fraulein Schneider, finding late love with the Jewish Herr Schultz that is torn apart by Hitler’s rise. Herr Schultz is also very good, with James Paterson bringing a quiet dignity to a man who believes himself to be German, but is now an alien in his own country.

With moody, dark lighting with echoes of red which sometimes call to mind Hell, Cabaret is a stunning, thought provoking masterpiece. Unmissable.