Dolly Parton made a surprise appearance at the Wolverhampton Grand last night, as a hologram introducing the musical theatre version of one of her most famous movies. The South Staffs Musical Theatre Company were in town, with the opening night of their fun filled version of ‘9 to 5’. And, despite the fact that one of the leading ladies was ill and had to be replaced at the very last minute, the company put on a fine show filled with songs, laughter and sisters doing it for themselves. 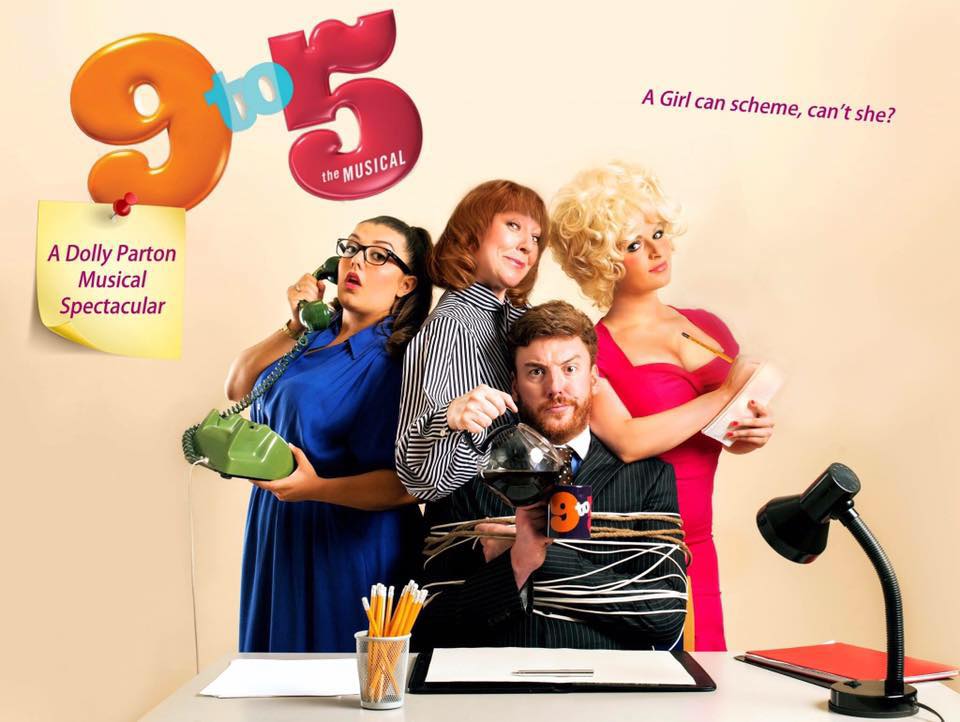 ‘9 TO 5’ is set in 1979 and tells the tale of three suburban ladies, a clever and ambitious widow Violet (played on the night by Zoe Wiltshire), a busty Texas Doralee bright as a button but betrayed by her looks, and a housewife Judy,  who suddenly needs to get a job when her husband abandons her for a younger model. The three woman work for a sexist, egotistical boss, Franklin Hart Jr, who treats them poorly, but when a misunderstanding leads to the women thinking they have poisoned their boss, they suddenly take fate into their own hands and decide to change their work place and conditions for good. 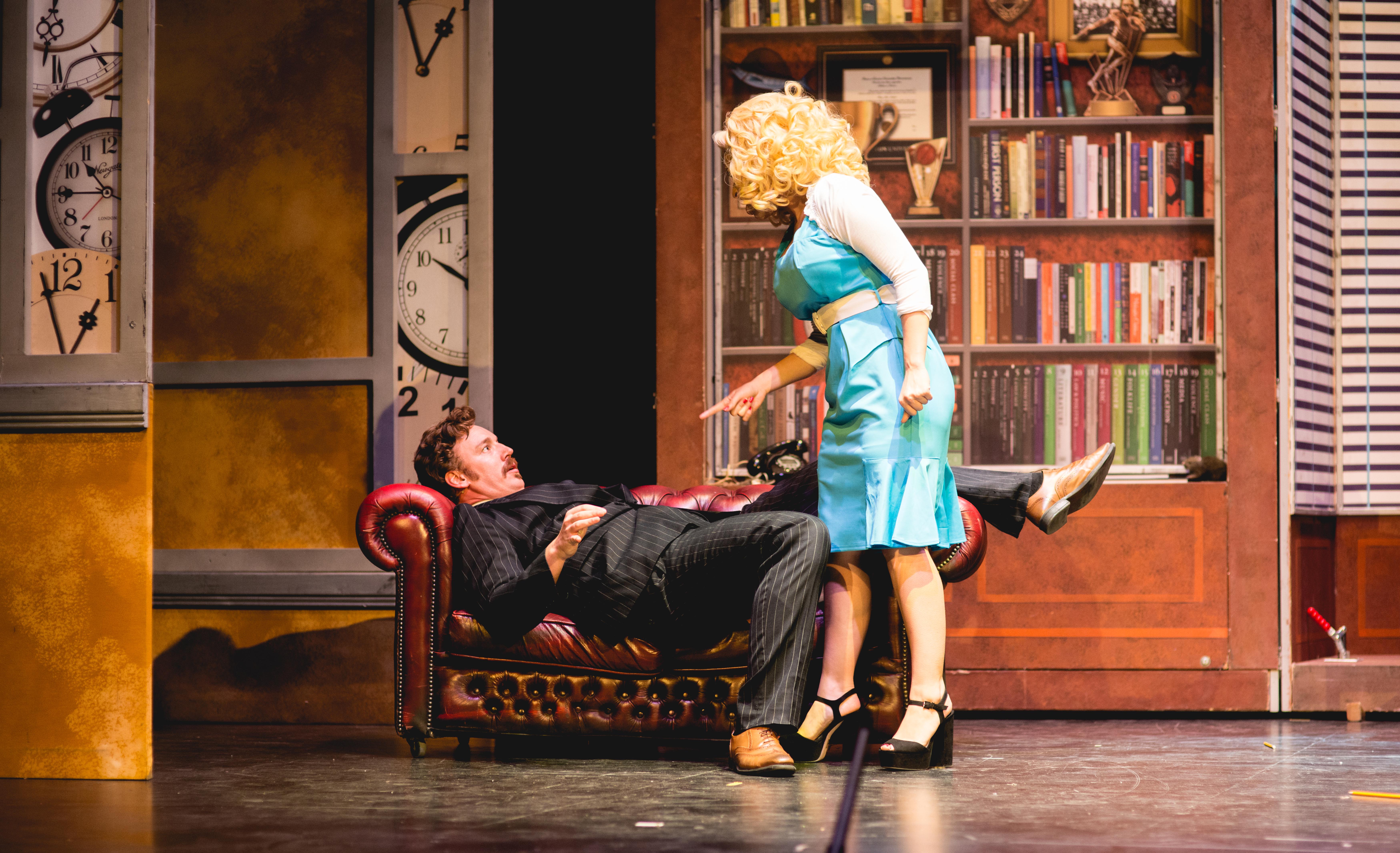 The four leads are great. Zoe Wiltshire had a few understandable stumbles after stepping into the role at the last minute, but is fully able to carry the show and provide it’s heart and soul. Her accent is faultless and she has the right mixture of sass and common sense and performs her musical numbers, notably ‘One of the boys’, with aplomb. Doralee, as played by Lexie Bennett, is a dead ringer for Dolly Parton in the same role and lights up the stage with Southern charm and personality. The final female in the trio is Abbie Rai as Judy. She has an incredible voice, showcased to perfection in her performance of ‘Get out and Stay out’. She also shows fine comic timing on ‘Dance of Death’ were she plays a Roxie Hart type murderess slaying the odious Franklin.

The male lead Franklin Hart Jr is an absolute hoot as played by Simon McGee. If you think Ron Burgundy, you will not be far from the mark, as McGee plays the role with his tongue firmly in cheek, clearly having a lot of fun in the role as the sexist lothario. Natasha Bennett is also hilarious as the Roz, besotted by Franklin, an obsession she reveals in the very funny Heart to Hart. 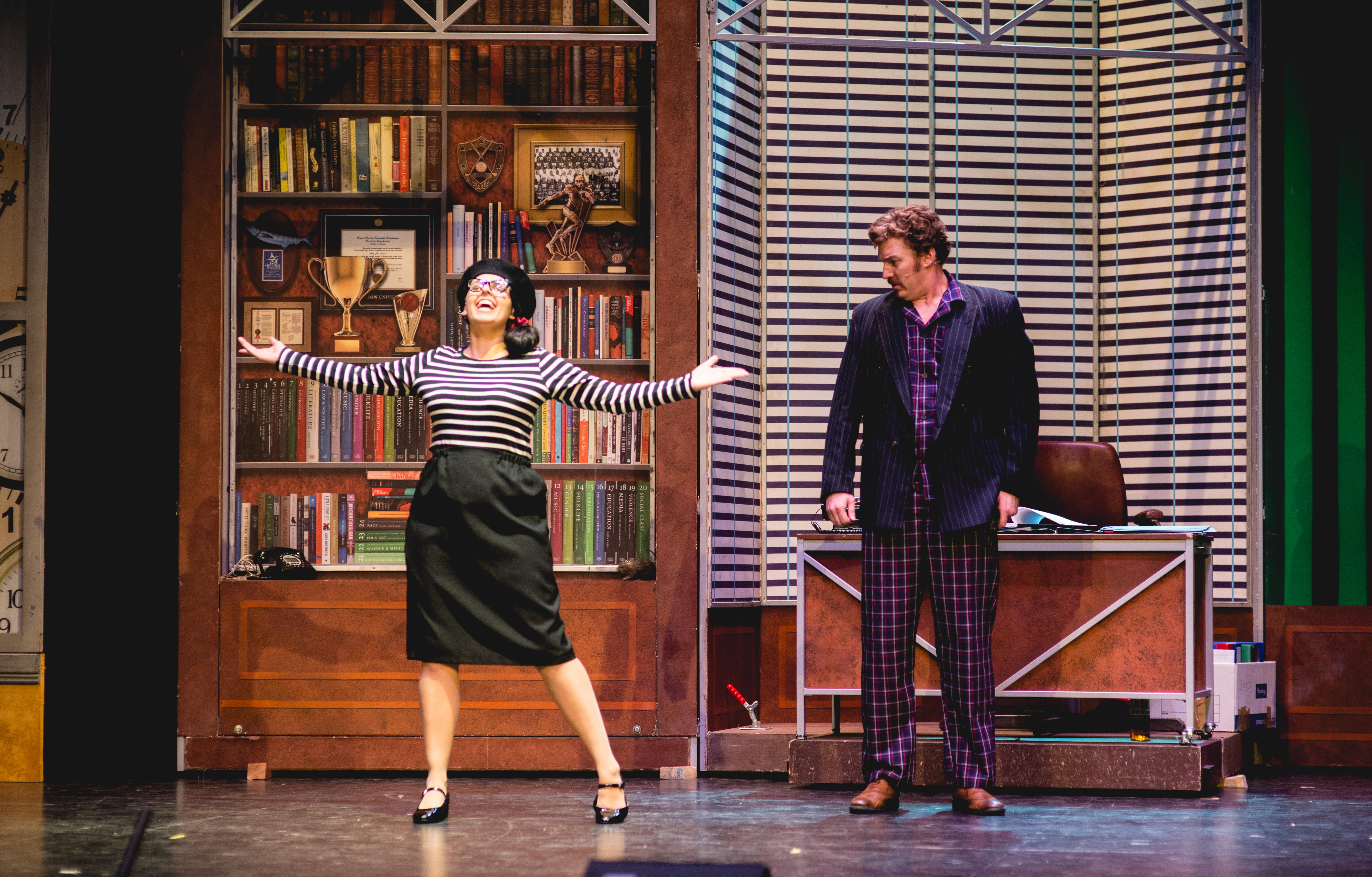 9 to 5 is real fun, feelgood entertainment that is performed with relish by an enthusiastic, talented cast.