I love afternoon tea, it’s so quintessentially English isn’t it? After all, what could be more English than Earl Grey tea with scones, the absolutely mainstay of afternoon tea. If this is your idea of afternoon tea, you may be surprised to learn that the latest afternoon tea to be launched in Birmingham has a distinctly Oriental feel to it, as well as being more savoury than sweet. It is also truly delicious, a real treat for both the eyes and the taste buds. 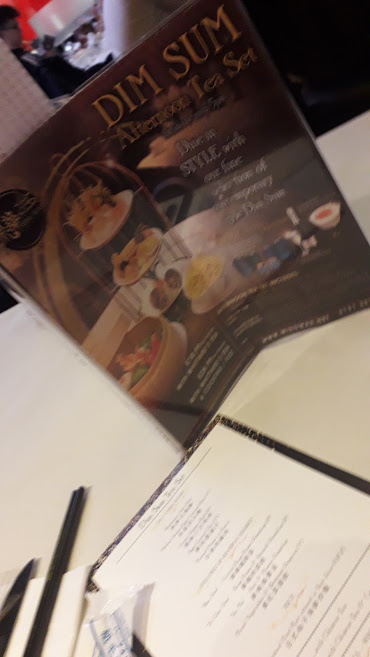 Afternoon tea at the Wing Wah restaurant, based in Birmingham’s vibrant Chinatown, is a veritable feast of flavours, and a real treat for those who tend to step away from the jam and cream. It takes the form of a traditional afternoon tea only in that it is served on a three tiered stand, and comes with a choice of (Chinese) teas. You could also make it a sparkling afternoon tea with the addition of a glass of Prosecco, or a specially created Easterly Winds cocktail. 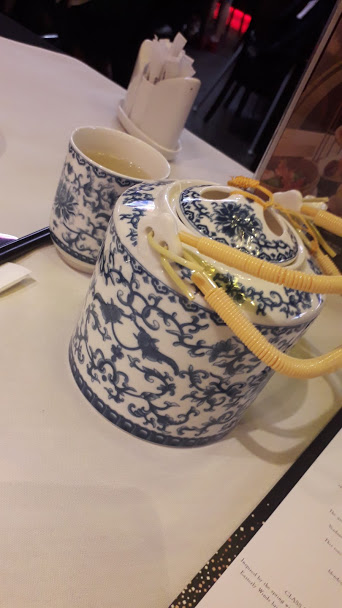 This Dim Sum afternoon tea starts with Dim Sum in the form of dumplings steamed in a bamboo basket. The Crystal King Prawn Dumplings was a favourite, and I also loved the King prawn and spinach version. All the dumplings were hot, and totally delicious, packed with filling and flavour, and their colourful appearance was just stunning. This is an afternoon tea where attention to detail is very important. 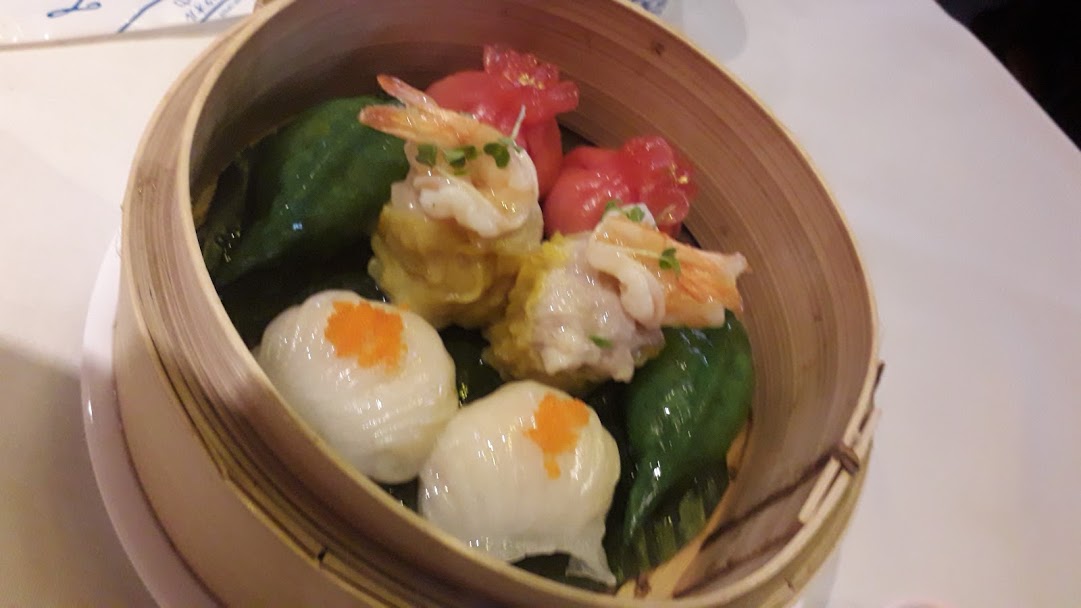 The Dim Sum is followed by the three tiered stand which resembles a bird cage and  which is packed full of beautiful looking food. The savoury theme is continued, with barbecue pork puffs, king prawns in pastry and a crispy salmon roll. But there are also sweeter options, including a delicious egg custard tart with the softest, crumbliest pastry. and the spectacular Molten Salted Egg Custard Bun, which looked exactly like a mushroom! 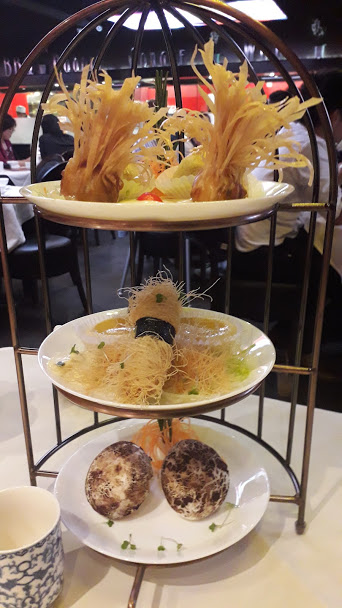 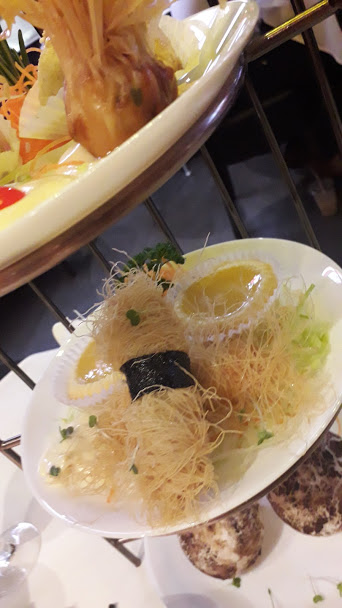 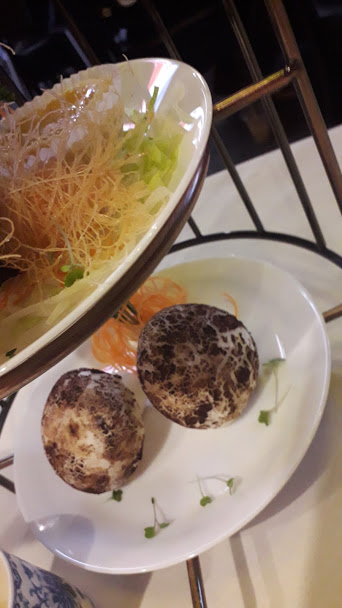 The food courses are completed with a rather delicious mixed seafood fried, this was so tasty I could’ve finished the bowl by myself, packed with egg and prawn and given added flavour by the addition of yuzu juice. 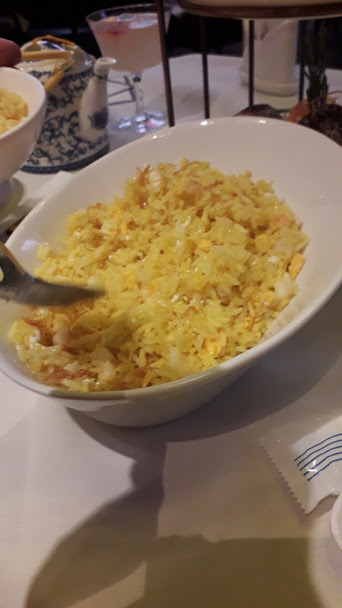 It would be hard to fault any aspect of this afternoon tea, but what makes it really special is that the Chinese tea is so palette cleansing, allowing you to really savour all the different flavours. We opted for Lemon and Ginger tea, and this was very refreshing with its citrus kick. We also both tried the Easterly Winds cocktail, which is just delicious, a mix of Lychee liqueur, vermouth and many other (secret) ingredients. 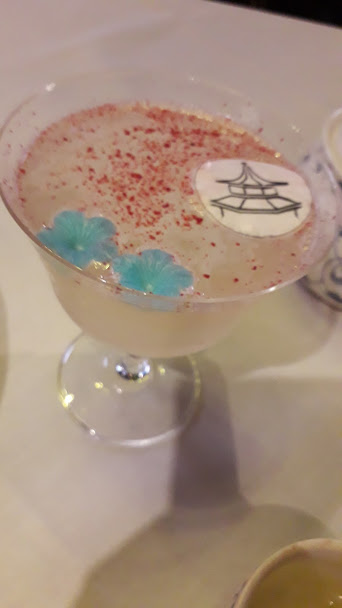 The afternoon tea is available until 5pm every day except Wednesdays, when Wing Wah is closed. It is a delicious treat that I would highly recommend.