If you are of a certain age and you think back to your first mobile phone, the chances are you used to get very excited about playing ‘Snake’. Yes, you remember it, it was the one where the snake (really a bendy graphic line that looked absolutely nothing like a snake if we’re being honest) was moved around the phone screen in order to eat things, a game that really exercised those fingers. Well now the Carphone Warehouse has updated Snake, making it smarter, brighter, sassier and fit for modern technology, and you can now win some very special prizes just for playing.

Now entitled ‘Snake Retro’, the new version of the classic game is available for desktop, mobile or tablet. Featuring coloured graphics, strange floating heads and skulls, and a main character who now at least resembles a snake of some sort, the game promises to take you back to the heady days of Britpop, when your phone resembled a housebrick and was only just about mobile! 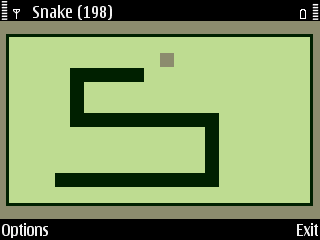 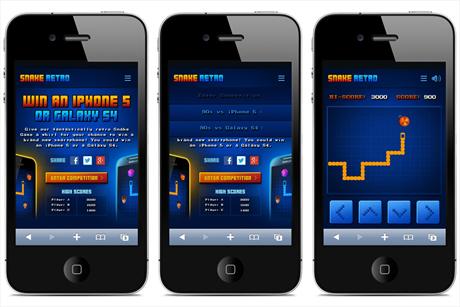 To show us just how far mobile phone technology has come in such a short amount of time, Carphone Warehouse have launched a special competition where you could win a smartphone, either a Galaxy S4 or an iphone 5.  All you need to do is play the game! You simply choose a phone, enter your details, and have a go. The winner is not based on the score, it will simply be chosen at random. Which is lucky, as I currently sit at number 254 on the leader board, literally thousands of points behind the current leader. (who must have the most agile fingers ever!)

I would definitely recommend you have a go, but be warmed, the game is as addictive as it ever was.