The iconic musical Evita came back to Birmingham last night, and showed why it is still a ,musical by which all others are measured. The Lloyd Webber/Tim Rice masterpiece is 40 this year, but the story of Eva Peron is still pertinent, and fresh in its telling, and with those instantly recognisable songs, and perfect lead performances, it remains one of the most astonishing pieces of musical theatre of our time. 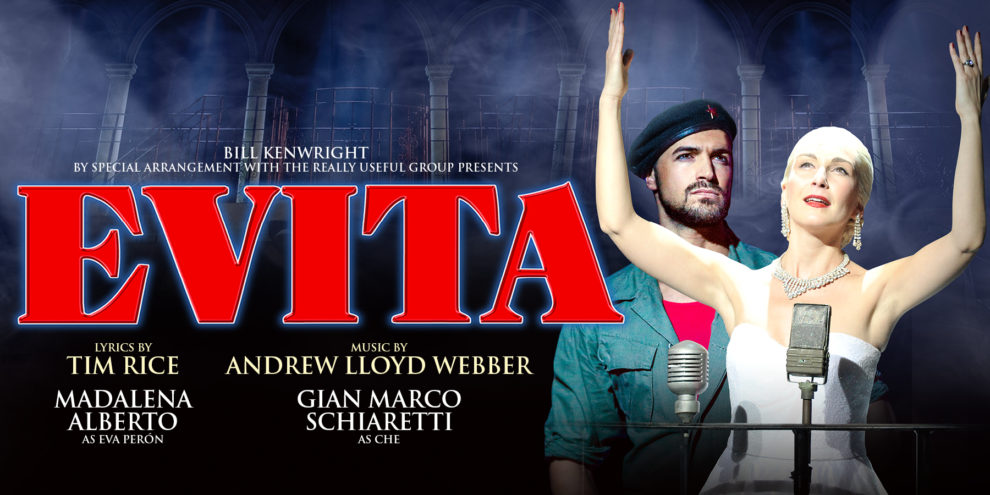 Eva Duarte is poor, but is not without ambition, and sees the singer Malgadi as a way to get to Buenos Aires. Once there, she makes her way as an actress, finding both fame and notoriety amongst the cream of Argentinian society. Her rise to fame mirrors that of Juan Peron, the minister of War, and soon to be the most powerful man in Argentina. When they meet, at a benefit for Earthquake victims, they are instantly attracted, seeing the fire and drive in each other. They become a couple, and when Juan is arrested, Eva uses her fame to get the support of the woman and workers to not only get him set free, but to win the upcoming election. They working class and poor see Eva as a saintlike figure, Evita, but power corrupts, leading the Peron’s to almost bankrupting their once rich country, and Eva’s body is failing too, as a deadly cancer begins to hold sway. 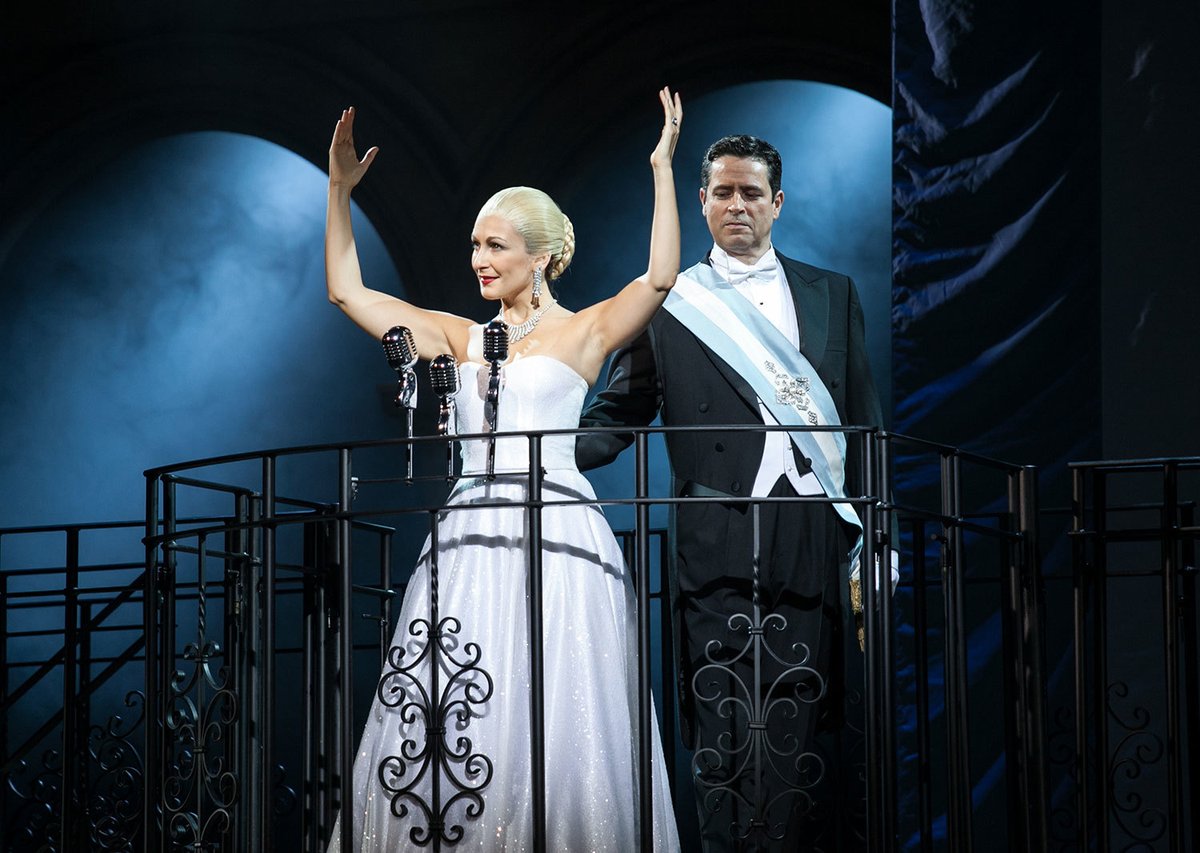 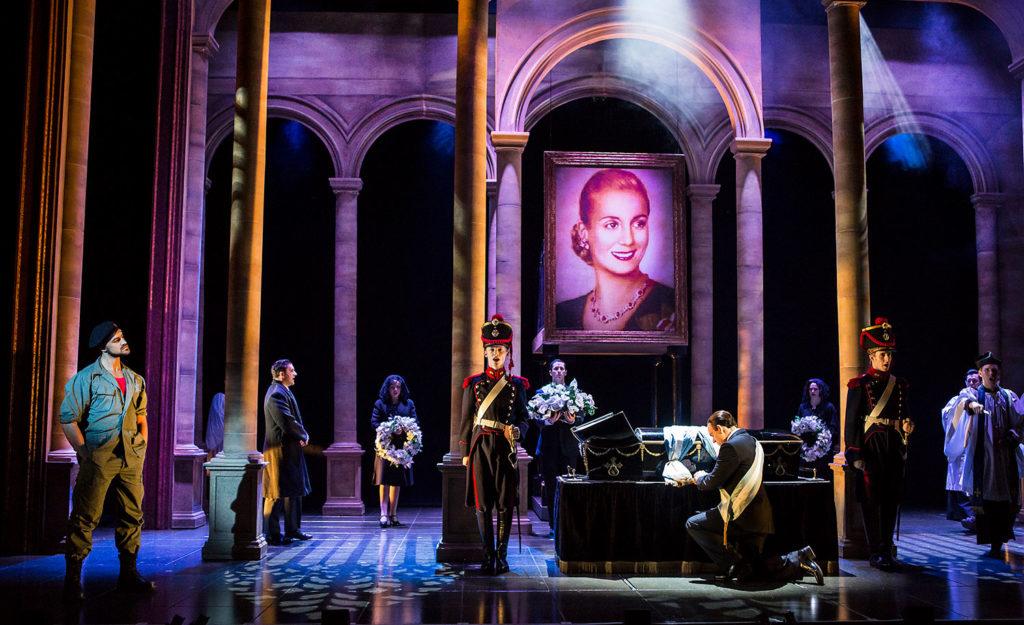 As Eva, Madalena Alberto is astounding. Her voice is impeccable, and she makes Evita a character to both admire and sympathise with, especially in her later scenes. She just shimmers and shines when she is on stage, you can’t take your eyes from her, it really is a compelling performance of real power. She is ably supported by the charasmatic Jeremy Secomb as Juan, who invests his performance with both charm and a sinister malevolence, yet manages to break your heart with his performance during the heartbreaking ‘You must love me’.

Gian Marco Schiaretti is the perfect Che, the narrator and conscience of Evita. You can’t ignore the fact that he is beautiful (for everyone with a pulse this would be hard to ignore.). but his performance is one of anger, passion and ultimately despair. He is on stage more than the other leads and is so impressive and commanding, to say he lights up the stage is a cliche, but is also completely true. 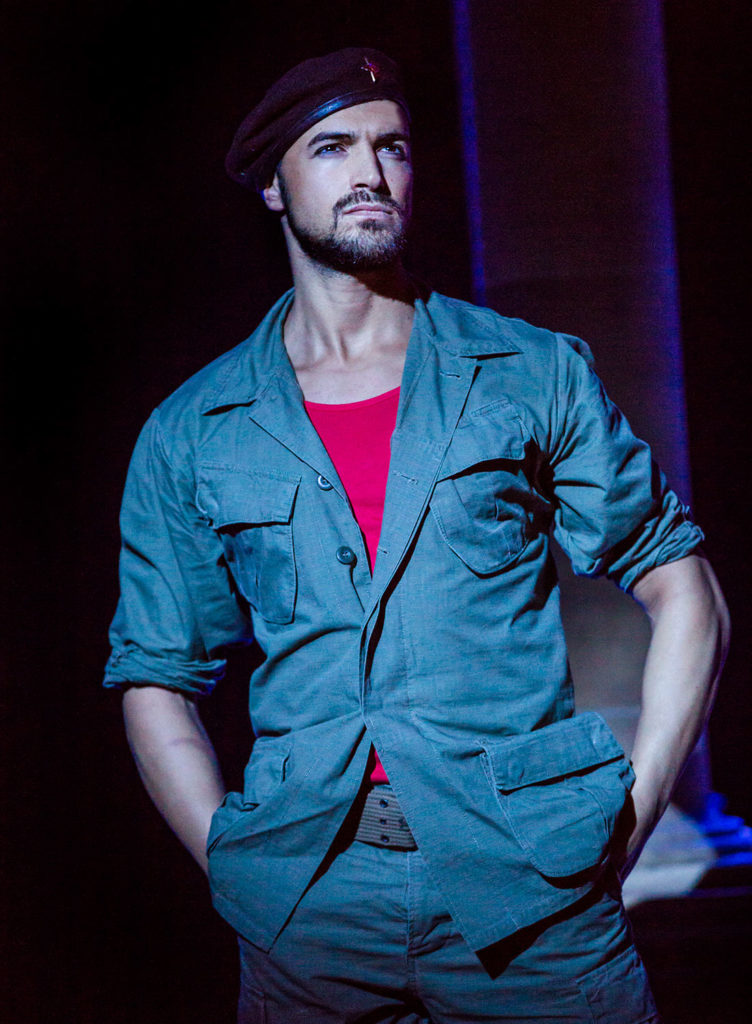 The score sounds as good as ever, with ‘Don’t Cry for Me Argentina’ and ‘You must love me’ being wonderful highlights. Evita is a dazzling, mesmorising night of theatre that is the personification of the word ‘Classic.’

Not to be missed.