According to research undertaken by Your Legal Friend, having a baby is the most common reason for a hospital admission in the UK, with 1.3 births every minute. Yet for some, the time that should be the most happiest and exciting as they finally meet their new son or daughter, can actually be a time of pain, stress and fear. It is no surprise that when it comes to the NHS compensation budget, 41% of it is being used in claims relating to obstetrics. I have experience of poor care both before and after the birth of my son Joe that illustrates that there are real issues in this area.

My maternity and delivery were not easy, they were fraught with problems from the beginning, I have type two diabetes and suffer with high blood pressure, both of which made me a higher risk pregnancy. I also lived on a border between two authorities. This meant I had to have two midwives. This sounds like double the care, but in actual fact was just double the stress. My main midwife was the one I saw at my surgery. She did not fill in my book properly, leaving major gaps in the records, she did not inform me about the risks of my pregnancy, the real chance it wouldn’t go to term, or the fact it would probably be a caesarean section. In short, she was severely lacking in all areas and left me very uninformed about my pregnancy and my risks. My second midwife was so much better, and was left to fill in these gaps during home visits, but because I saw her so much less, this really added to my worries. What was I not being told when I visited my surgery midwife? 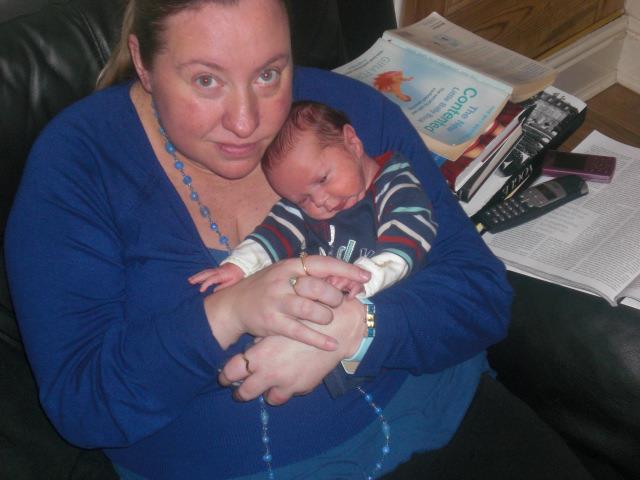 As I got nearer to my time more things happened to fill me with dread of the birth. What should have been a routine blood test saw me pass out after six nurses had tried, unsuccessfully, for more than 20 minutes to get a blood sample in a tiny, hot room. I had informed them I was hard to bleed (I know this well from frequent diabetes fasting tests) and that they would be better to transfer me to the Path lab for the test, but they persisted in trying to get the sample, making me ill.

Two weeks before Joe was delivered (at 7 and a half months) I was admitted with suspected preeclampsia. I was also feeling unwell due to a sore and watery eye. I mentioned this in my examination, but it was dismissed as unimportant – it wasn’t even looked at. Within an hour, the whole of the left side of my face had sunk and stopped moving. I was told I’d had a stroke by the doctor examining me. It turned out to be Bells Palsy, but the fear I’d had a stroke and that the paralysis was permanent was devastating for both me and my family. 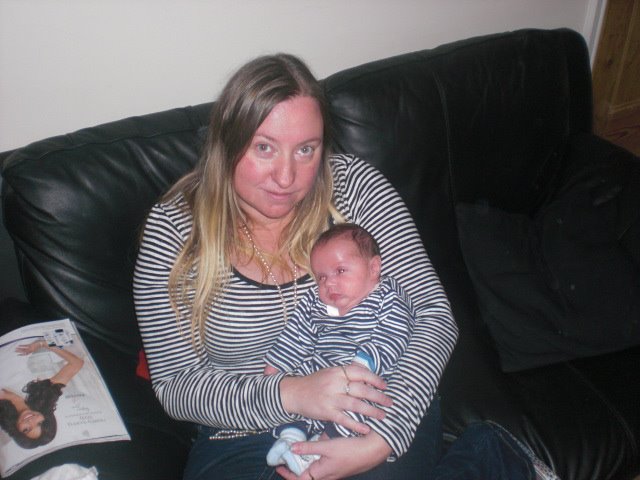 Even finally being admitted proved to be a nightmare. I had not eaten since lunchtime, and with diabetes, need to eat at regular intervals. I kept mentioning this, but was still not fed. When I was finally taken to my room I was told the kitchen was closed, but that they might be able to find a sandwich from somewhere. I was advised by my nurse to take a whirlpool bath to ‘relax’. I decided against it as I was so tired, which was lucky, as a nurse nearly battered the bathroom door down telling me not to take a bath as it was used to induce labour, not something you want to do at 7 months pregnant.

After the birth of Joe two weeks later, I struggled to get pain relief when needed, particularly when I was not sleeping at night due to stress headaches that were actually reducing me to tears. I eventually signed myself out of hospital in the early hours of Christmas Eve – I just wanted to get home and away from that place.

I suffered terrible post natal depression in the months after Joe’s birth, I think that my treatment and experiences during my maternity and in my care after it certainly contributed to my mental condition. I did not pursue a claim, but I truly wish that I had, sometimes the only thing that brings real change is the threat of litigation, and if it stops other people from receiving poor care and treatment, then that can only be a good thing. Companies like Your Legal Friend can offer free advice if you think you may have a case for a claim, you were entitled to good levels of care, if you didn’t receive it, you should act.