The biggest night in British music took place in London last night. The Brit awards did not attract as many superstars as The Grammy awards, nor as many fashionistas to watch(with the honourable exception of Rihanna). There was no Kylie, no Lily Allen, no Florence Welch, but there were still many outfits to savour, and a few to commiserate with. Here is a quick rundown of those who won the style awards, and those who were the also-rans!

Rihanna wore two stunning couture gowns on the night. She arrived in a Christian Dior Haute Couture dress that was the combination of a purple bodice and turquoise tulle skirt. It was a dramatic look, although I kept expecting her to step out of the turquoise skirt to reveal a mini. It was that sort of dress. I personally much preferred her beautiful Oscar De La Renta flowered gown that had a touch of Audrey Hepburn about it. I really don’t think James Cordon’s cousin Jeanette had that dress for her bridesmaids, she should be so lucky! Oscar De La Renta may not have Michelle Obama wearing his dresses, but in Rihanna he has a new style ambassador. 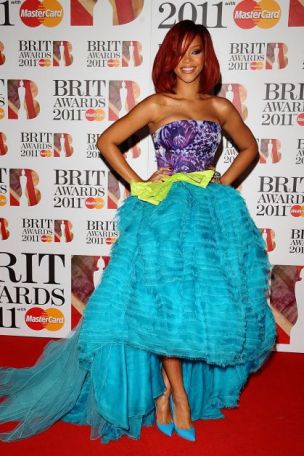 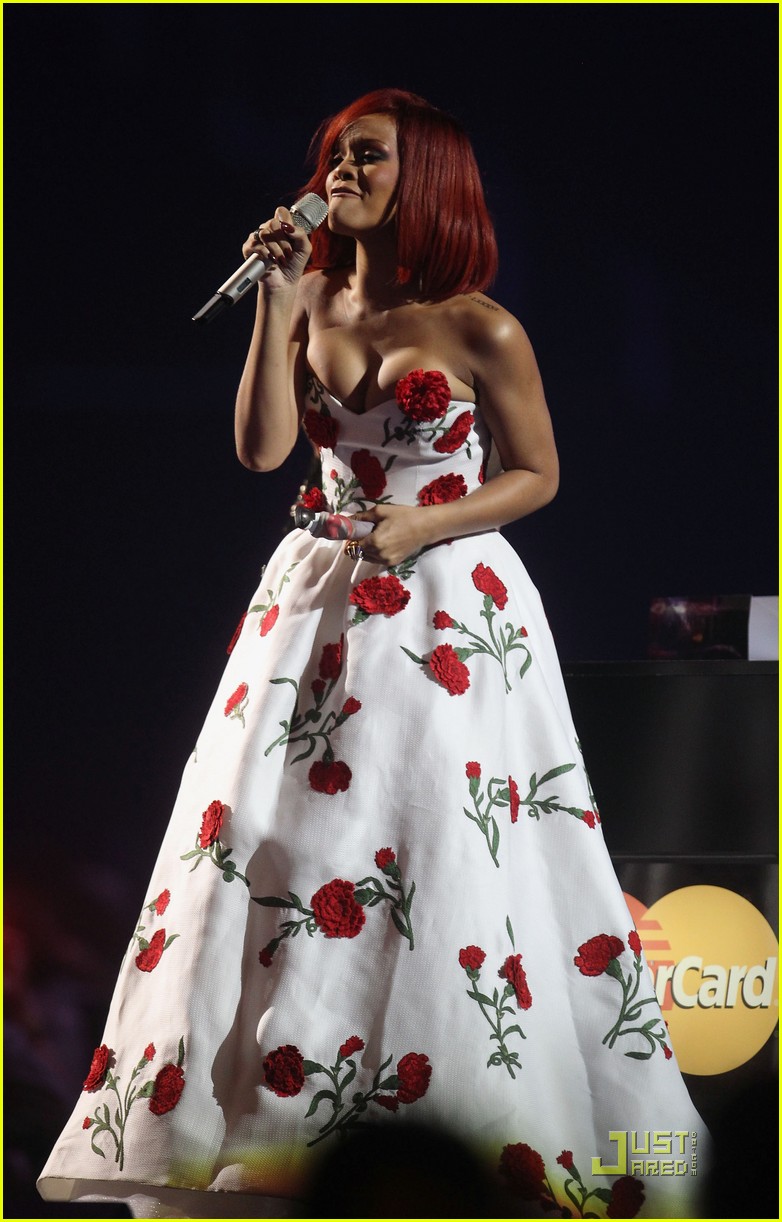 I was torn by Cheryl Cole on the night. Her dress was a beautiful, slinky, black number by Stella McCartney that fitted her perfectly. But the low back was another excuse to show off that ‘tramp stamp’ tattoo, which cheapened the elegant look. In addition, I think this would’ve looked better with a strappy sandal rather than a nude platform. 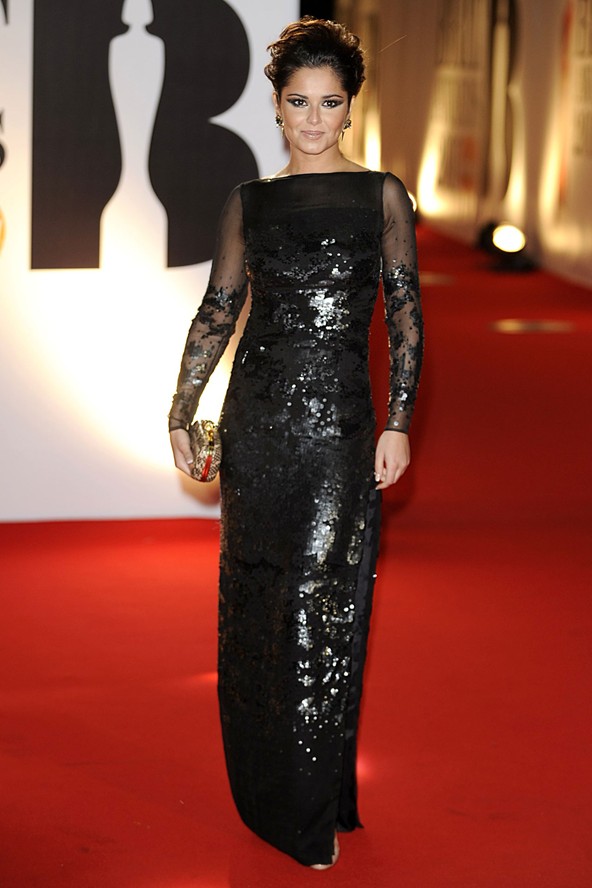 If you look from this angle - Perfect!

I loved Sophie Ellis Bextor in her cute Dolce and Gabbana strapless prom queen dress. Retro styling really suits Sophie, and she was one of the most original dressers on the night, eschewing the short, tight trap that others fell into. 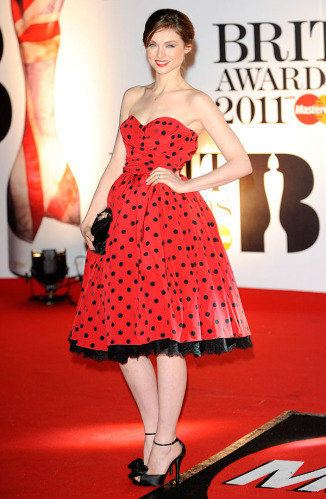 Katherine Jenkins looked like a blonde Dita Von Teese in her form-fitting green dress  by Vivienne Westwood. Katherine looked beautiful with her retro hair and make up, and the Westwood dress showed off her curves perfectly, showing that Gethin Jones is a very lucky man indeed! 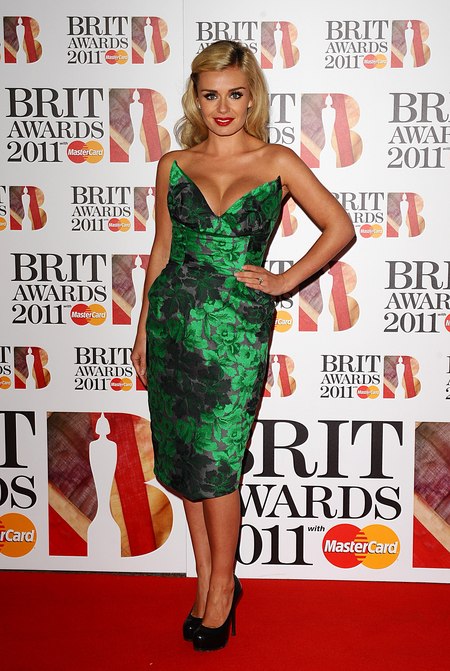 Adele stuck to her trademark black for the awards, wearing an elegant beaded dress. This look totally suits her status as ‘the voice’ at this years award. Her performance was spine tingling and beautiful, and her look was beautiful, classic and timeless – like the lady herself. 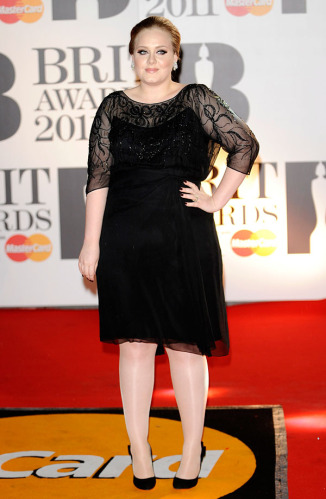 My favourite look on the night came from the quirky fashionista Paloma Faith. She was another star who sported Vivienne Westwood, wearing a glamorous full length gown with long black gloves. The one jarring point was the huge Minnie Mouse bow in her hair, but Paloma always adds fun to her outfits, so I can forgive her that, especially when she looks like a stunning torch singer from the 1940s. 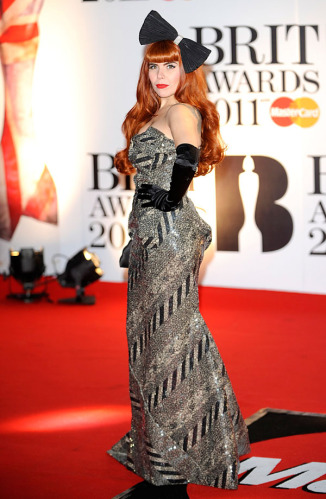 Jessie J is on a roll. The number one single at the moment, the critics choice winner at the Brits. I really wanted to like her Vivienne Westwood dress, but it was just too short and looked too tight! The overall effect was sloppy, although her hair is extremely chic. 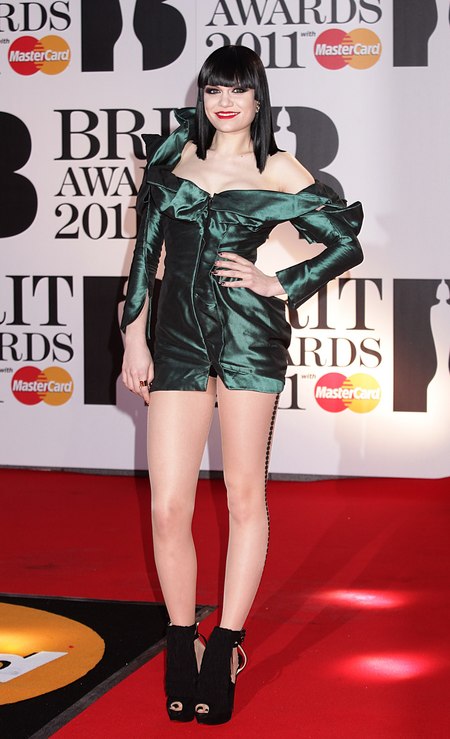 Vivienne Westwood was a popular designer on the night, even designing the brand new Brit award. Another singer sporting Westwood was Ellie Goulding, who unfortunately chose to wear a champagne coloured gown that was loose and ill-fitting. She gets the Tracy Emin award for services to a bed sheet. The pink hair was not a good idea either! 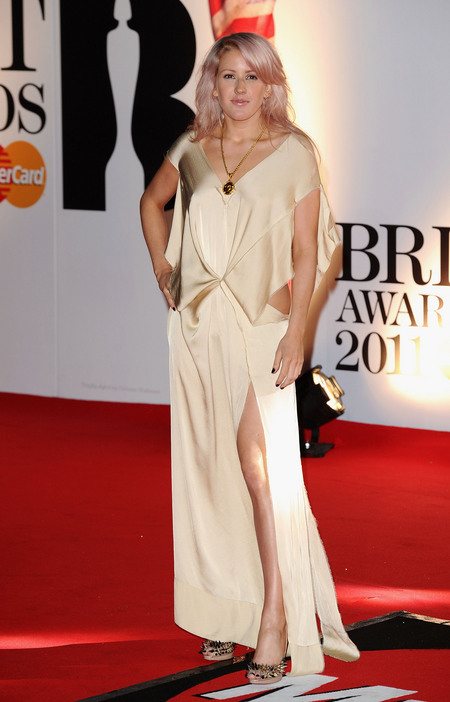 The overall worst dressed award goes to one of my favourite singers. Eliza Doolittle sported what could only be described as the shortest, whitest, clingiest, cheapest, tackiest dress on the red carpet. She teamed this with huge aqua wedge sandals and what can only be described as a pink tail feather. Her legs looked amazing, but this outfit stunk. Eliza would’ve looked better if she had stuck to her skinny jeans! 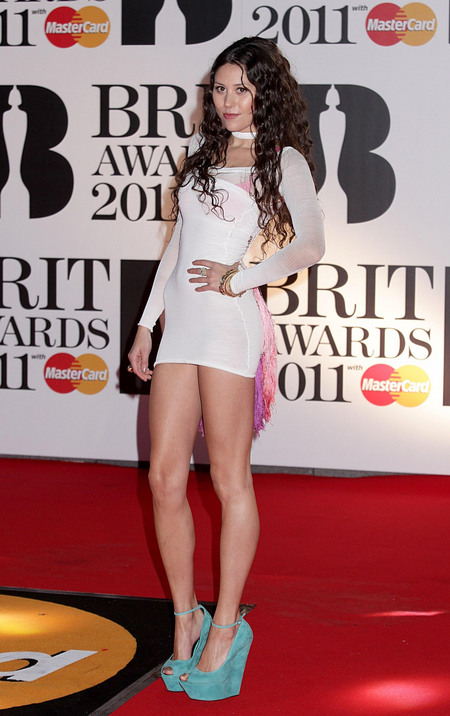