Thriller Live opened at the Wolverhampton Grand this week and last night I went along to review it. This celebration of the music and life of Michael Jackson is a glitzy, energetic affair performed with aplomb by the company, but I have to say I think you really need to be a massive fan of all things Michael Jackson to get the very best enjoyment from it.

My own feelings on Michael are a little bit mixed. He was an incredible performer, and with ‘Off the Wall’ and ‘Thriller’ he created two of the greatest albums of all time. I also love the Motown and Epic years of the 1970s, with wonderful life affirming songs like ‘I Want You Back’ and ‘Blame it on the Boogie’. But, post Thriller, I struggle with some of the music, although songs like ‘Smooth Criminal’ and ‘I just can’t stop loving you’ showed he could still produce a killer pop song at times. But generally the music became overblown, and preachy as his own persona became stranger and stranger.

‘Thriller Live’ is not really what it says on the packet. It is not the songs of Thriller performed live. Nor is it a sort of Michael Jackson in concert show. Instead it could be described as a Michael Jackson variety show, with a mixture of songs, dances and narration sort of telling the story of Michael Jackson and his music. It has lasers and lights, and, at times it reminded me of ‘The X Factor’ with those signs saying how many millions of albums sold and Grammy’s won – I found myself waiting for the voice over and the Omen music. It is slick and very showbiz and the audience lapped it up.

The first half is definitely the best half, as most of Jackson’s favourite classic songs are included. A mini Michael Jackson on a big screen singing ABC is a cute touch, and the disco classics sound brilliant.  You are reminded just how many brilliant songs were in the Jackson cannon, and recreating the stage as a 1970s disco, complete with the biggest disco ball in the world and the ladies toilets is a great, fun touch.The vocals from Shaquille Hemmans, Rory Taylor, Sean Christopher, Victoria Pasion and Britt Quentin are all uniformly good and passionate – they harmonise really well together and the vocals are well shared, even if, at times, they are slightly over-egged to the point of cheesiness. A key point is the performance by Rory of ‘She’s out of my life’. A truly beautiful song performed with a stunning vocal performance, but the fact that Rory seemed like he was going to cry and almost couldn’t continue at one point, I was almost in tears…tears of laughter. It’s so not needed when the vocals are so good.

The second half starts so well with a great energetic ‘Beat it’ and ‘PYT’, along with a genuinely stunning ‘Smooth Criminal/Dirty Diana’, but then it descends into Michael Jackson – The Rubbish Years. We get the horrible ‘Man in the Mirror’ which made me glad inside smoking was banned – you can almost sense hundreds of lighters held aloft, and then the preachy creepiness of ‘Earth Song’ – by the end of that one I was hoping for a Jarvis Cocker moment just to lighten the mood slightly.

Thankfully, the wonderful encore pulled it all back to the brilliance of Jacko, with Sean Christopher showcasing his incredible dance moves on ‘Billie Jean’ and ‘Thriller’. And the staging of ‘Thriller’ was incredible, all those zombie dance moves that you know and love performed with exhilarating energy and talent. This was what I had been waiting for – a real tribute to a talent that was gone to soon, but had been wasted for a long time before that.

Thriller Live is an entertaining experience, but one that I think you need to be a huge Michael Jackson fan to truly enjoy and appreciate.

It’s been almost 50 years since Marilyn Monroe died. And yet, that fact is really is hard to believe because her influence is still everywhere. Books are still being printed about her life, her films, and her untimely (and mysterious) death. She has influenced a whole range of modern-day stars and starlets, and is still used to advertise a whole host of products, including cars and perfume.

Lindsey Lohan, Jennifer Lopez, Mariah Carey, Madonna, Megan Fox and Scarlett Johannson are just some of the modern-day icons who are influenced by the Marilyn Myth.  Lindsey Lohan, in particular seems to be totally obsessed with her idol. She has always spoken of her admiration for her idol in interviews, and in 2008 she recreated Bert Stern‘s iconic ‘Last Sitting‘ photo shoot for ‘New York’ magazine. She has also called her range of designer clothing ‘6126’, after Marilyn’s date of birth. Her clothing website features a range of quotes from Marilyn Monroe on each page.

Jennifer Lopez is another Monroe fan. The actress,  as famed for her curvy derriere as Marilyn was, recently styled herself in a ‘Mr President’ style dress and wig in order to sing a happy birthday tribute to a close friend, comedian George Lopez.

Feisty actress Megan Fox seems worlds apart from the soft, baby girl style of Marilyn Monroe. With her bad girl persona, skimpy dresses and tattoos, she is the polar opposite of Lorelei Lee. Yet look closely at those tattoos and you will see that the rather large one on her right forearm is of, yes, you’ve guessed it, Marilyn Monroe.

Madonna based a large part of her early image on Marilyn Monroe, dressing up as Lorelei for the famous ‘Material Girl’, and posing as Monroe for Herb Ritts. Even now, in her amazing D&G ad campaign shots, she is channelling the spirit of Monroe, with her platinum, cotton candy hair, nipped in suits and general style.

Mariah Carey was reportedly the buyer of Monroe’s famous white piano, at the Christie’s auctions held a few years ago, whilst Scarlett Johannson has based her personal image on Monroe, particularly in her perfume ads for Calvin Klein, and in public appearances at both the Baftas, and the Oscar ceremonies. With her Marilyn-esque curves and her retro style wardrobe, Scarlett is probably the nearest thing to a modern incarnation of Marilyn.

There are other modern-day references to Marilyn in our society today. There are rumours that the strictly un-Marilyn-like Angelina Jolie will play Marilyn in a new movie.  On TV, the prostitute Kelly, a character in the hit tv series ‘Shameless’ donned Marilyn’s white dress in one episode of the latest series. Billie Piper also wore the iconic dress as a young bride in ‘The Miller’s Tale’.  Samantha Morton played a Marilyn lookalike who befriends a Michael Jackson lookalike in the film ‘Mr Lonely’. At least two tv adverts for cars feature Monroe’s image, including the neon lite sign in the Toyota Yaris ad. The closing gala in the hit Musical ‘Dirty Dancing’ features one character in full Marilyn gear, whilst the number of modern-day icons who have dressed up as Marilyn is never-ending;- Coleen Rooney, Kylie Minogue, Cindy Crawford, Drew Barrymore, Rachel Hunter, Anna Nicole Smith, Geri Halliwell, Mira Sorvino, Nicole Kidman,Kelly Osbourne and Ashley Judd, have all portrayed Marilyn, either in films or magazine shoots.

So it seems Marilyn is destined to remain with us forever. We may grown old, but she will remain young and beautiful, an icon for generations to come. 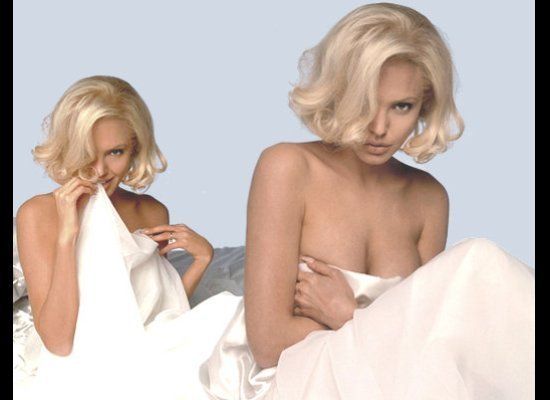 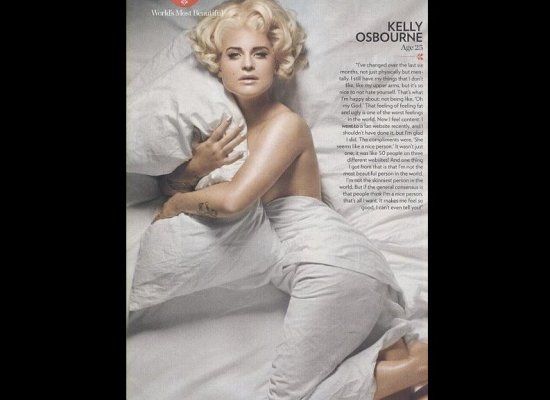