You may wonder what dress that title is referring to. Audrey Hepburn’s black dress from ‘Breakfast at Tiffany’s’? The black dress worn by Demi Moore in ‘Indecent Proposal’? The dress Scarlett knocked together from the curtains in ‘Gone with the Wind’? The answer would be none of the above.

To me, the most iconic dress in film history was a simple, white, Sunray pleated halter neck that was designed by Bill Travilla. It was worn by Marilyn Monroe in her role as ‘The Girl’ in ‘The seven-year Itch’, It is the dress that famously billowed up and revealed her panties in front of crowds of approving New Yorker’s, and one very disapproving Joe Di Maggio, helping to end their short-lived wedding. It is the dress that is indelibly linked to Marilyn Monroe. And it is fitting that in the week that Marilyn would’ve celebrated her 85th birthday, the dress is being put up for auction, putting Marilyn in the news all over again. 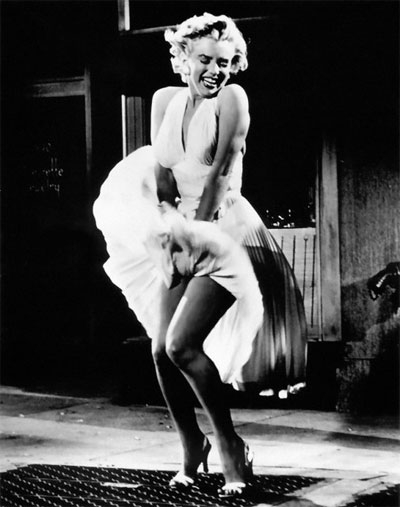 The dress is currently owned by Debbie Reynolds, the effervescent star of Singin in the Rain, who has been collecting movie memorabilia and costumes for more than 50 years. She is selling her collection on  June 18th, with the Marilyn dress set to be the star lot, expected to sell for $2 million.

It would be great to see Marilyn’s dress on permanent display, possibly in the Costume Institute, because this dress is an important piece of fashion history. Named as one of the 50 most important dresses of all time by the design museum. Much copied and admired, even today you will find variations of its ageless style on the High Street and in designer collections. This is an immortal dress whose impact will be with us forever..a little bit like the lady who wore it so well.

If you can’t afford $2 million – check out these Marilyn style dresses. 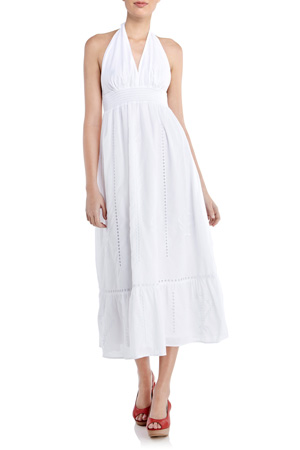 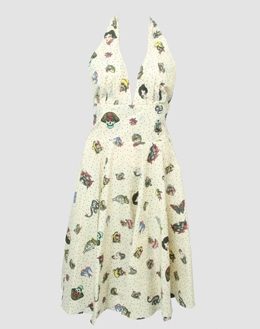 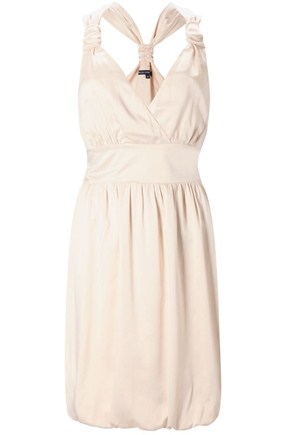