It is one of the most iconic movies of all time, and one that is perennially shown on television at Christmas. And now, a new stage version of ‘The Wizard of Oz’ is absolutely wowing audiences in Birmingham with its brilliant cast, amazing sets and a totally adorable Toto. It is the must see show in Birmingham this Christmas, and I totally adored it.

The story of Dorothy Gale, and her journey ‘over the rainbow’ is one that does not need me to retell it, but the new stage version manages to both stay faithful to the story as told in the 1939 film, but also to put a new spin on it. This means we have brilliant black perfomers playing Dorothy, Auntie Em and Uncle Henry, and a man playing the Wicked Witch of the West, whilst a West Midlands heroine, Lorna Laidlaw of BBCs ‘Doctors’ plays a female wizard. All these twists work brilliantly to make The Wizard of Oz contemparary, and yet still retain all the charm and wonder that makes the film so evergreen. 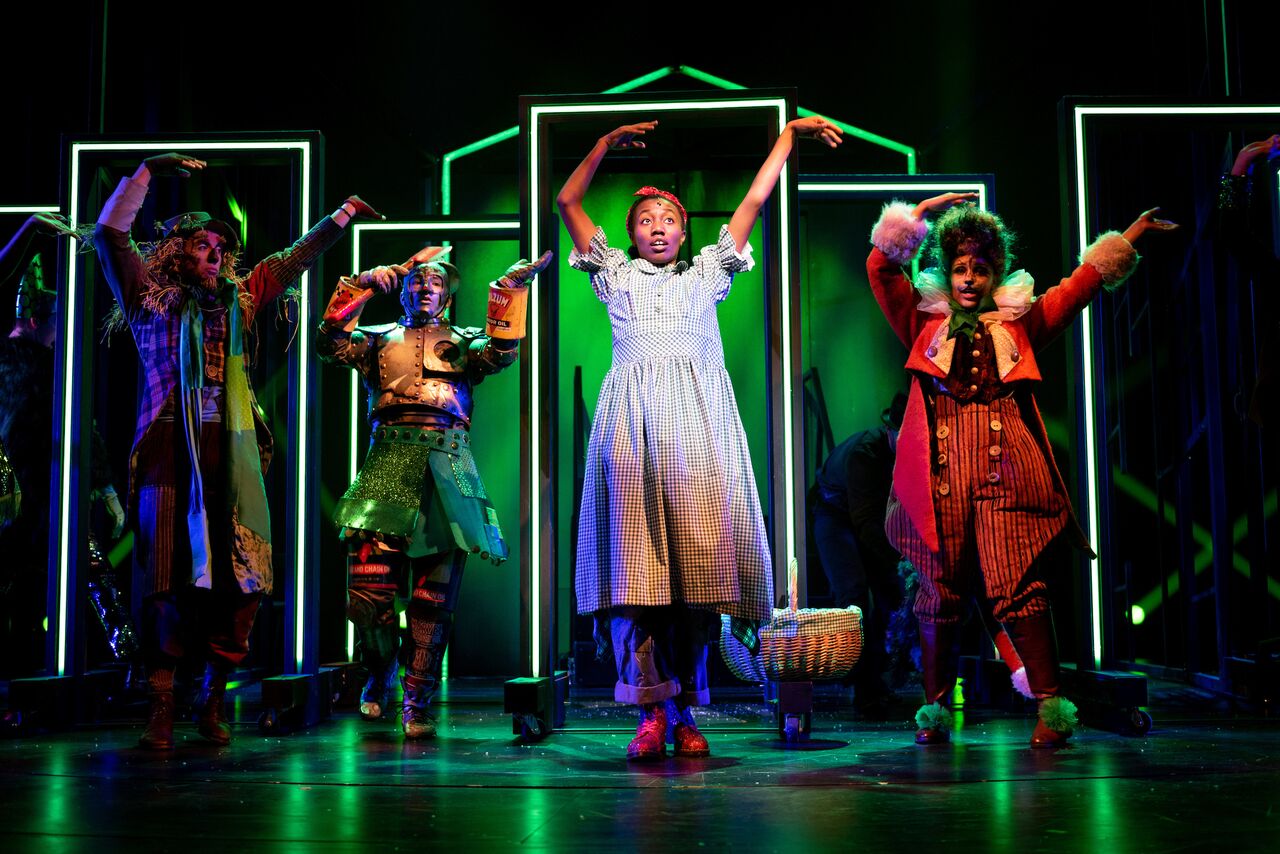 As Dorothy, Chisara Agor is a delight. She is frankly perfect as the spunky yet loveable Dorothy, and she can sure belt out that signature song ‘Over the Rainbow’. She is ably supported by Ed Wade as a brilliantly phsical Scarecrow, Dillon Scott-Lewis as the Tin  Man, and Kelly Agbowu as Lion (yes a woman, another spin that works brilliantly, and another stand out voice.) Also great are Thomas Vernal as Uncle Henry, and Shanay Holmes as Auntie Em and Glinda, a role in which, without being a cliche, she totally shines in. 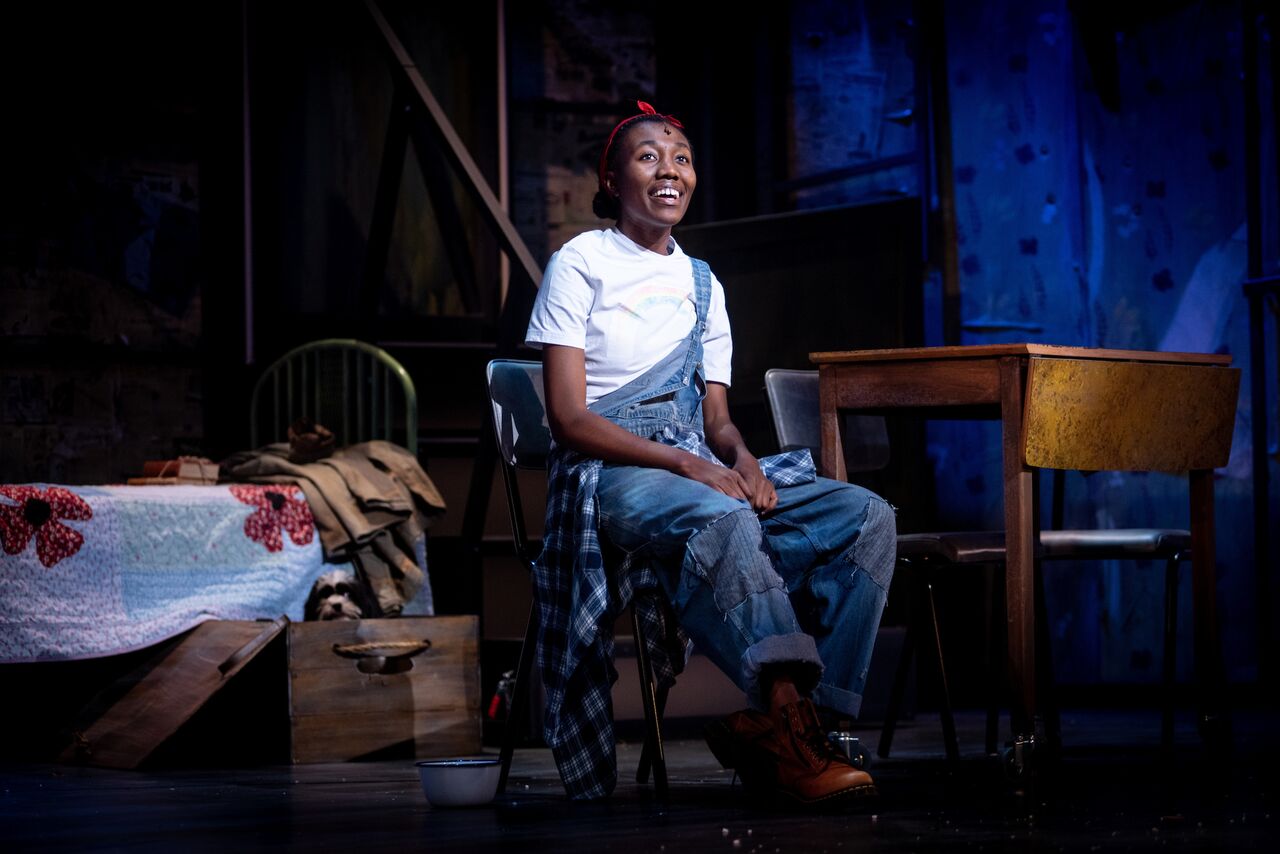 Jos Vantyler as Miss Gulch/The Wicked Witch of the West is suitably evil and devilish, and at times is actually scary, he commands the stage but veers the role away from the pantomime baddie the role could become. And then we have Lorna Laidlaw, who almost steals the show with her campy, knowing portrayal of the sham Wizard. All in all, this is a top notch cast. 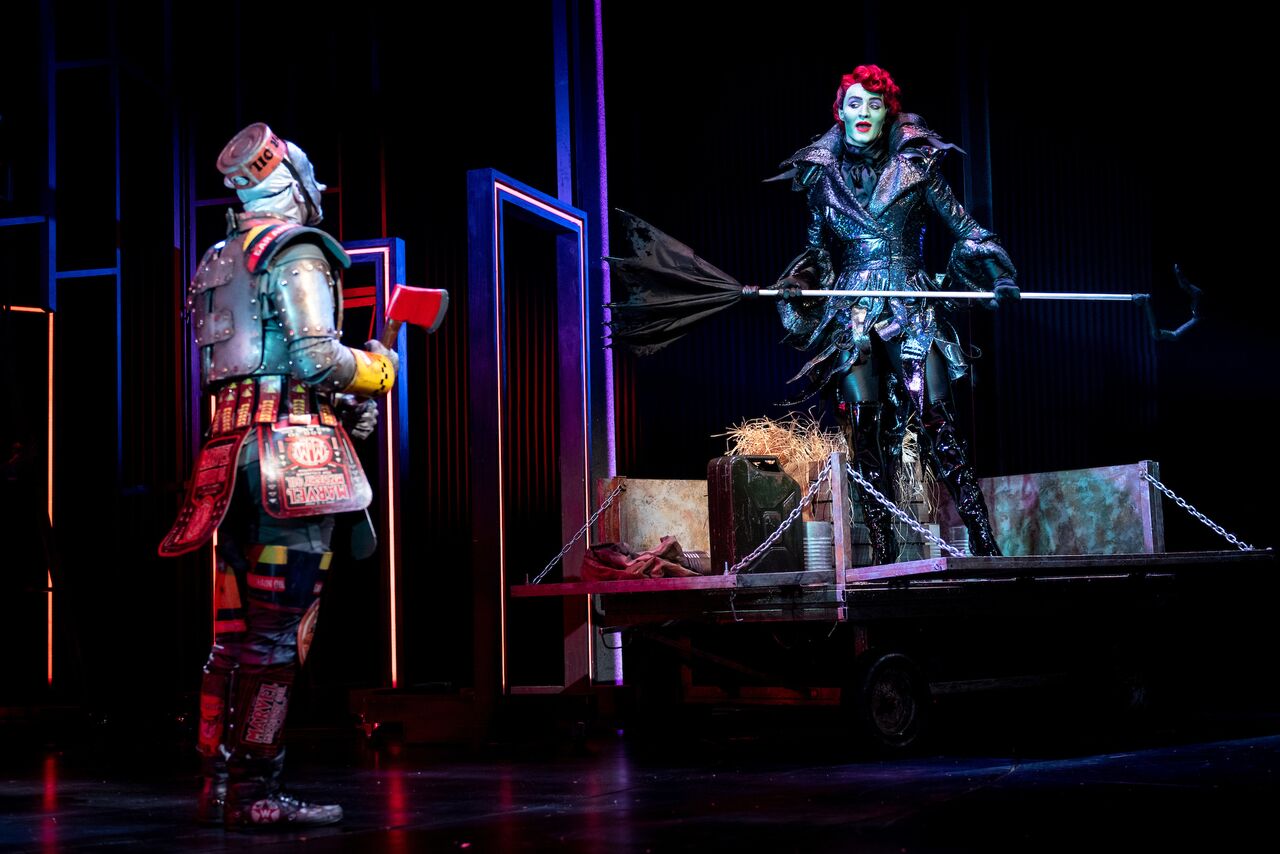 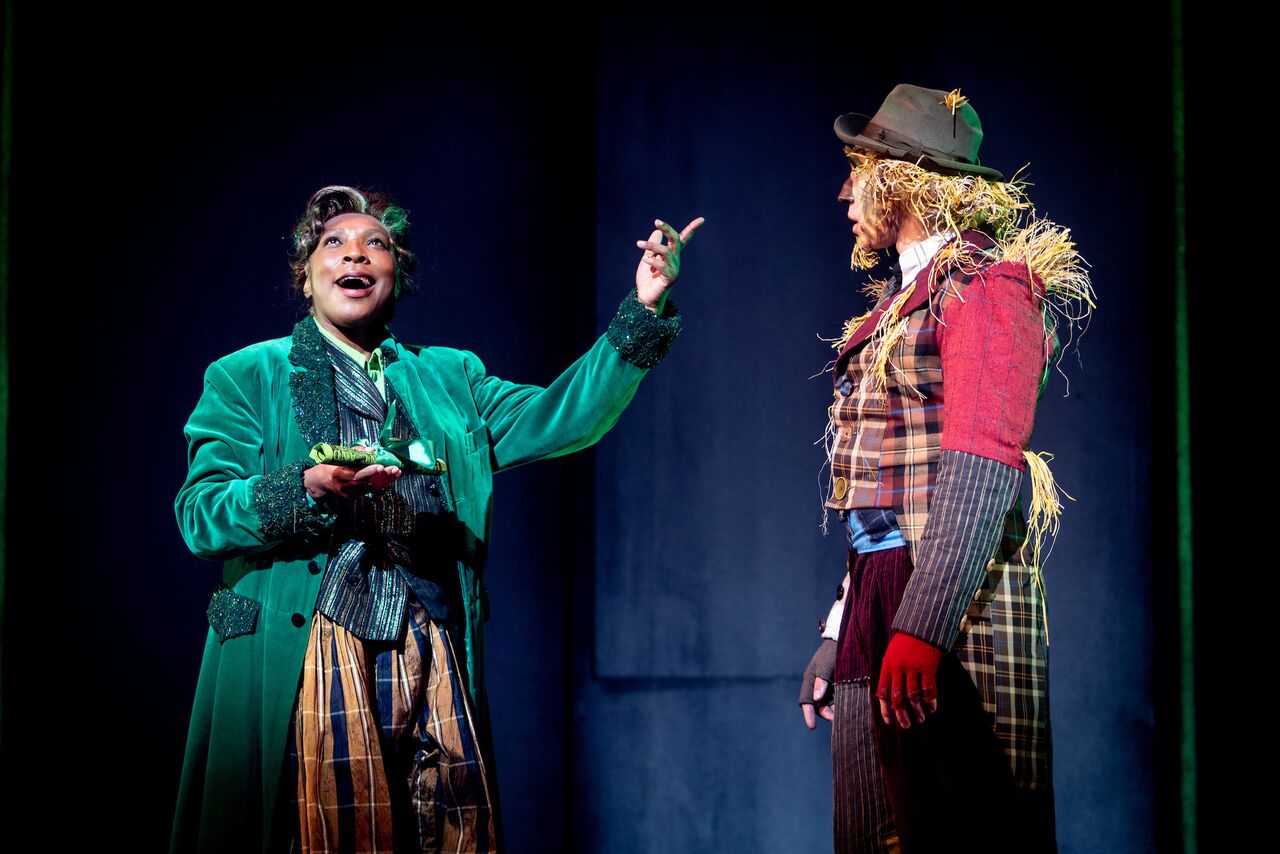 Brilliant, modern sets are another almost part of the cast as they move the story forward, and the use of puppetry, from the adorable munchkins, to Toto as controlled by Ben Thompson, to the Wizard and the spooky spectres in the forest, are all impressive, and the forest scene is kept admirably dark. 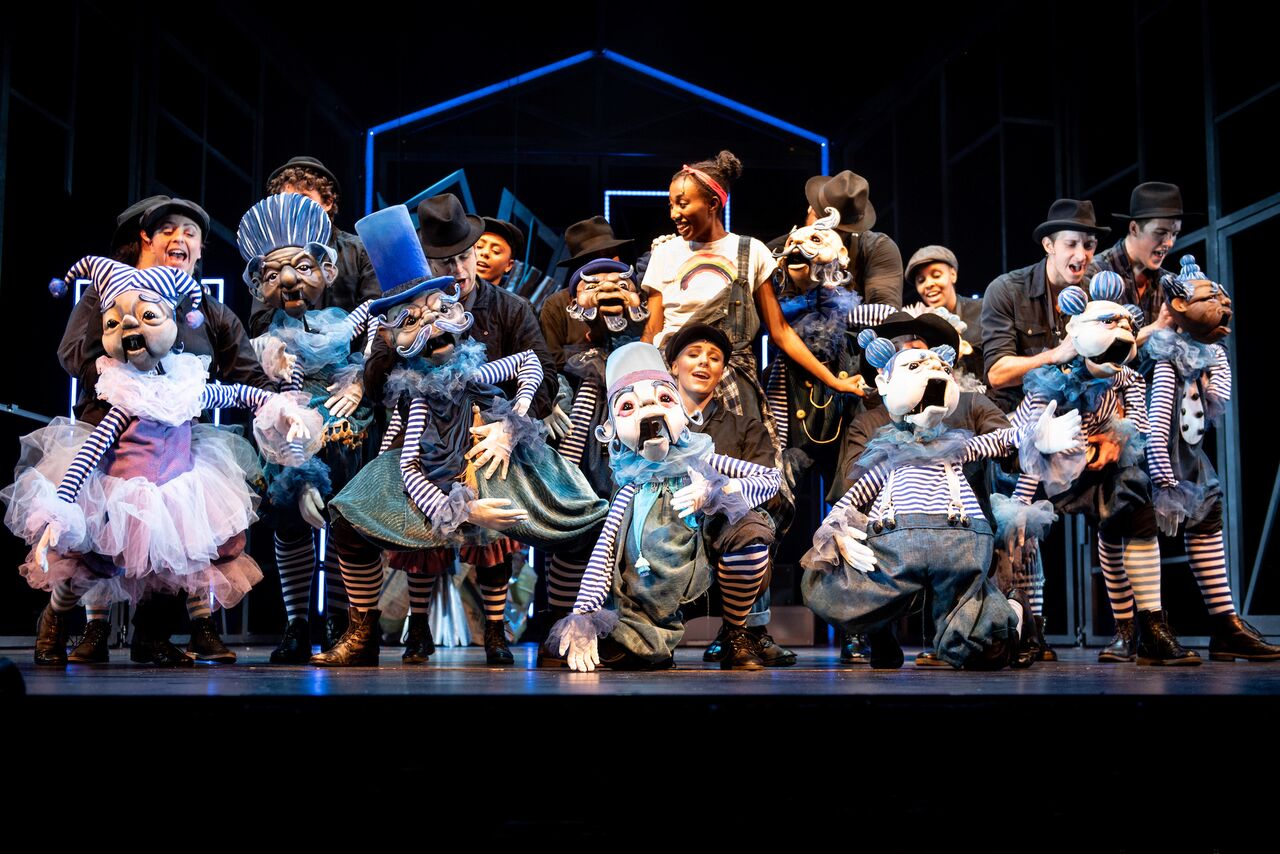 The Wizard of Oz is a delight from start to finish and is a must see this Christmas.

The Wizard Of Oz