The Met ball was a night of High Fashion, but for every beautiful dress, there was a frocky horror story happening. Bad clothes did happen to good people on the evening. Here are the stars who really should’ve looked in a mirror before they left the house that evening!

Rihanna. She wore a long lace Stella McCartney dress that raised that tiresome question – is she or isn’t she wearing any knickers. The quick answer is – who cares? Everyone has been adopting this look lately, even Kate Winslet, and it’s getting rather boring. And as for the Rapunzel red plait…get a haircut Rihanna. 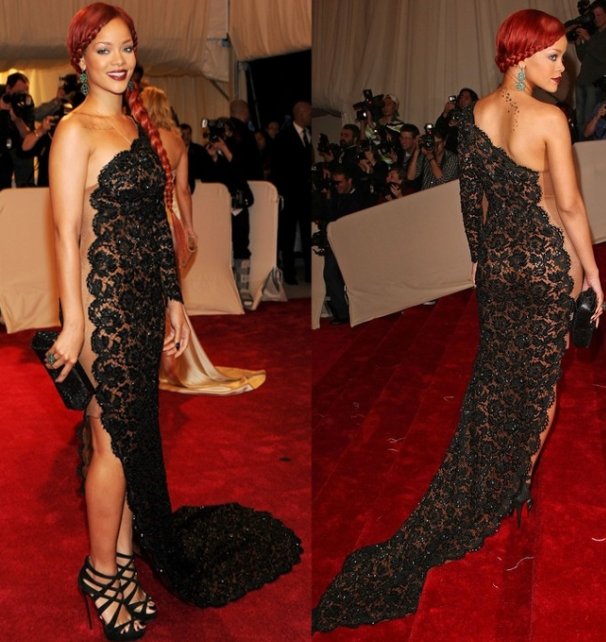 Rosie Huntington Whiteley, officially the sexiest women in the world wore a rather tarty magenta dress by Christopher Bailey for Burberry. Yes, you have a great body,but sometimes less is more Rosie. 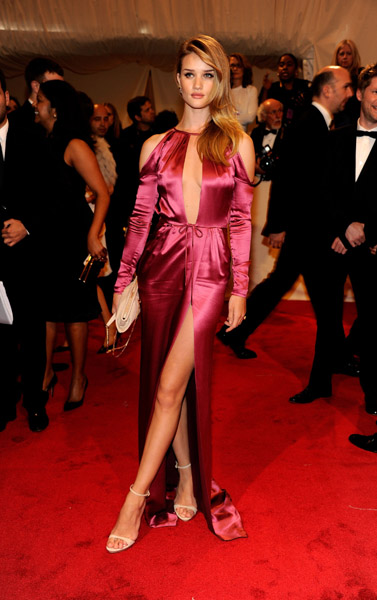 Fergie shocked me  in this frocky horror by Marchesa. Think Alexis Carrington getting married to Dex Dexter in Dynasty, circa 1985, and you get the picture. 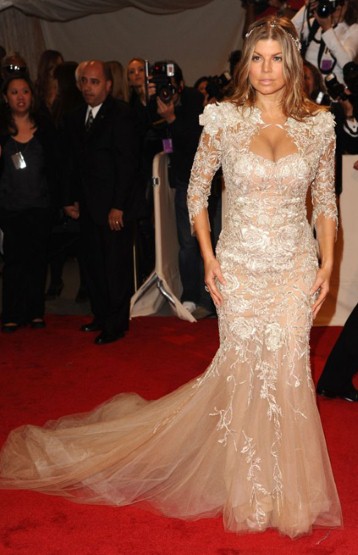 I usually love Beyoncé’s styling, but this black and gold number by Pucci was more a Ming Vase than a dress. Not so fierce Sasha, I’m afraid.

Freida Pinto looked strange in a haute couture waiter on a cruise ship outfit by Chanel. Karl Lagerfeld also did a disservice to current muse Blake Lively by dressing her in a sort of sari that did nothing for her figure or for Saris. Maybe these girls should’ve swapped dresses? 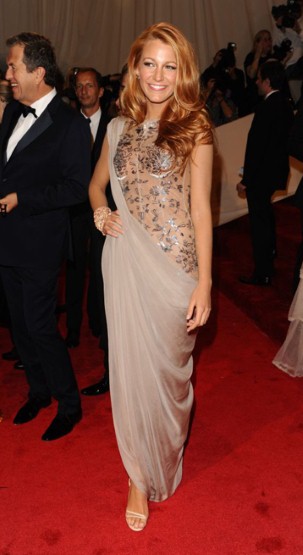 There are always stars who look over-the-top, even for a glittering occasion like this. Step forward JLO in Gucci, who thought it was fancy dress and came as Evita, and Liv Tyler, who showed her sense of humour in a Givenchy Haute Couture Big Bird costume. 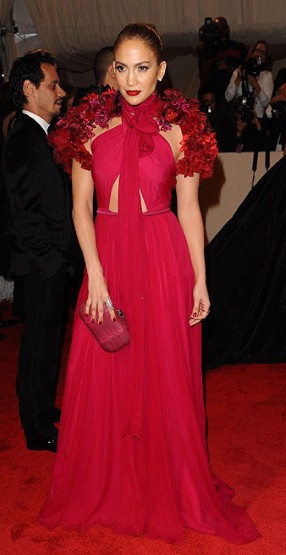 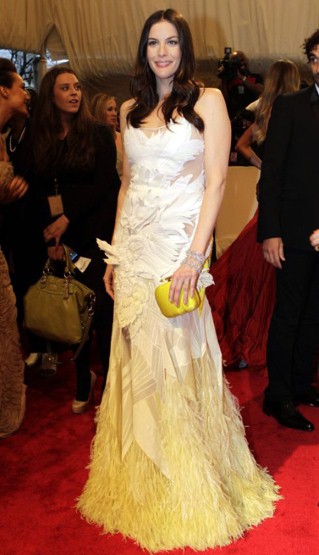 But the biggest frocky horror show on the night went to the beautiful, but misguided Christina Hendricks, who must sometimes look in the mirror and see a different person than the one we see.She possesses one of the most amazing bodies in Hollywood, but seems sometimes to have not a clue how to dress it. Case in point being this Carolina Herrera Horror show. This strapless number is unflattering, and her boobs are trying desperately to escape. Will someone (come on Westwood!) please help this women dress for special occasions? 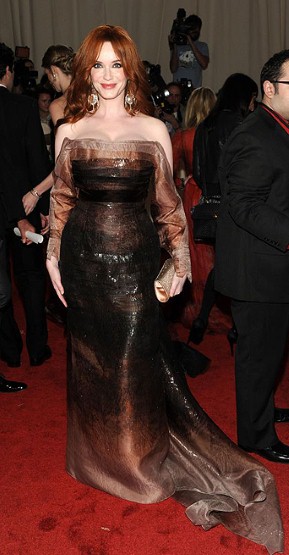