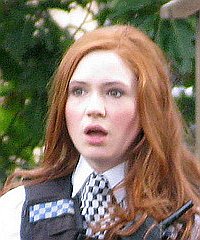 Gentlemen might prefer blondes, whilst brunettes are traditionally more sensuous and mysteries, but it is redheads who are having a moment. From Karen Gillan as Dr Who‘s sexiest and most stylish assistant ever, to Nicola Roberts rise to fashionista fame, redheads have been at the forefront of fashion in 2010.

Redheads of all colours and tones have been everywhere in 2010. They are on your tv screen, in your iPod and in the pages of your fashion mags.  Some are naturally auburn, others are proudly coiffed out of a bottle, but all have exuded such style and panache that the likes of Rihanna and Cheryl Cole have recently hitched a ride on the red bandwagon.

History’s most famous redhead was probably England’s greatest Queen, Elizabeth 1st. She defiantly held on to her red locks with wigs after illness left her permanently bald. Her paintings show she was really proud of her Boleyn colouring, knowing it was her crowning glory.

In the 20th century, redheads meant different things during different times. Clara Bow was the quintessential flapper, a working class girl with a heart of gold and a cute red bob. Into the 1940’s and red could spell danger, with Rita Hayworth at her most beautiful as the redheaded Gilda. Maureen O Hara was the Irish colleen with the flowing copper locks in films like The Quiet Man.

Into the 1980’s and red signified the girl next door, with Annie and her cute curls, Molly Ringwald in the John Hughes movies, and Sarah Ferguson, better known to everyone as fun-loving Fergie, the Duchess of York.

The 1990’s bought a more fiery, feisty redhead. Geri Halliwell was the epitome of girl power, with her two tome copper locks, whilst Shirley Manson had attitude and talent in spades as the lead singer with indie band Garbage. Kylie Minogue and Madonna also flirted with the dye bottle during this period.

And now…everyone who is anyone seems to have red hair. Florence Welch and Paloma Faith have gorgeous red locks and bags of talent. Julianne Moore is winning more actress plaudits for The Kids are Alright and looks stunning in the ad campaign for Bulgari.  Emma Stone is the new sweetheart of high school movies. Karen Elson is showing she can sing as well as she can model, whilst Christina Hendricks has been the pin-up of the year, loved for her amazing curves and red hair. 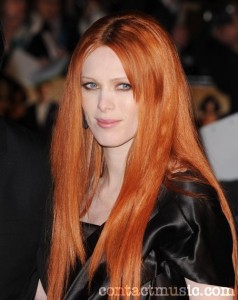 At the recent Cosmopolitan Ultimate Women of the year award, the Dr Who actress Karen Gillan was awarded Ultimate TV actress, whilst Girls Aloud singer Nicola Roberts was named Ultimate fashionista. Was any further proof needed that this is definitely the year of the redhead. It seems that if you want to get ahead now…you need to get your head in the sink and roll on the colour! 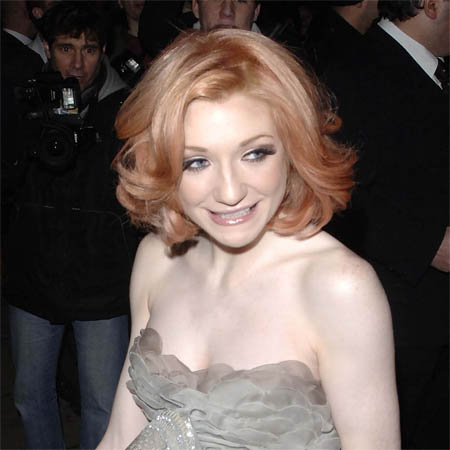 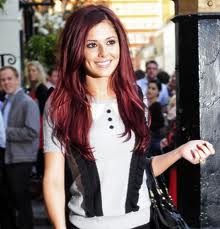