The Green Day rock opera ‘American Idiot’ opened at The Alexandra in Birmingham tonight in storming style. The bleak story of love, drugs and empty lives in modern day America takes the hit songs from Green Day’s signature album and make them into a tale of every day disappointment and alienation. It is a bleak story, but with a blistering rock soundtrack and a super talented cast, it is also a brilliant watch that both shocks and astounds in equal measure.

American Idiot starts with an incredibly loud and raucous version of the title song. It is September 2011, and our protagonists, Johnny, Theo and Tunny, are all are disappointed with their lives. The products of broken homes, they are modern day slackers, spending their days smoking drugs, sitting around and watching TV. They decide to move to the big city, but before this can happen, Theo’s girlfriend tells him he is to become a dad. Johnny and Tunny take off without him, but Tunny soon turns away from the life he planned and joins the armed forces, being shipped off to fight in the war against terror. Johnny turns to drugs and develops an alter ego, the drug dealing St Jimmy, but also falls in love, with a girl he knows only as Whatshername. We then watch as the lives of the three leads simultaneously combust, as they leach fight their own battles in life. 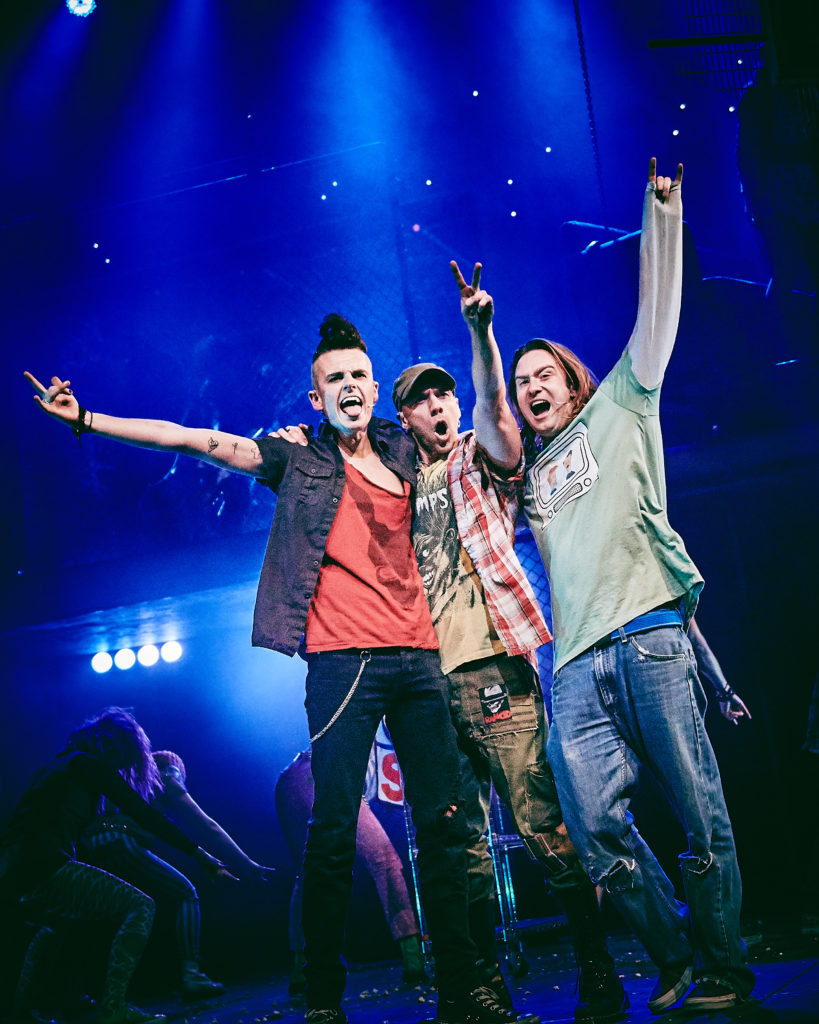 The leads are uniformly excellent, each with a powerful voice to add to their impressive performances. Tom Milner is a charismatic Johnny, and his portrayal of descent into addiction is incredibly powerful, his alter ego is played by Luke Friend, who has a mighty rock star voice that makes his performance both credible and real, a long way away from his X Factor roots. Sam Lavery is also very good as Whatshername, her performance is affecting and she adds so much tenderness to the role. Both Theo (Glenn Adamson) and Tunny (Joshua Dowen) also give big performances that add to the overall richness of the story. 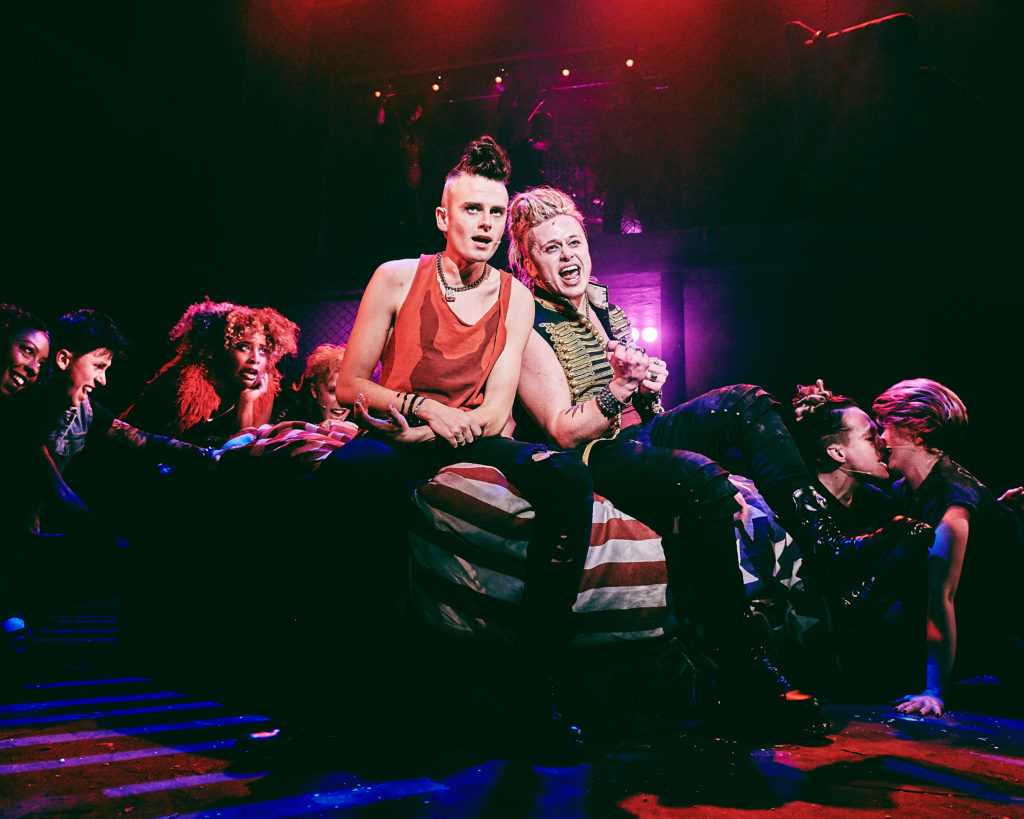 I earlier referred to American Idiot as a rock opera, for me it feels very similar to The Who’s ‘Tommy’ in how it tells it’s story. The songs are amazing, even if you aren’t a fan of Green Day, but it does work better if you are, as there is very little dialogue to help with the telling of the story. Standout moments include Holiday, Lobotomy and a truly beautiful ‘Wake Me Up When September Ends’ and the show is always visually striking, even if that is sometimes due to the filth and bleakness. 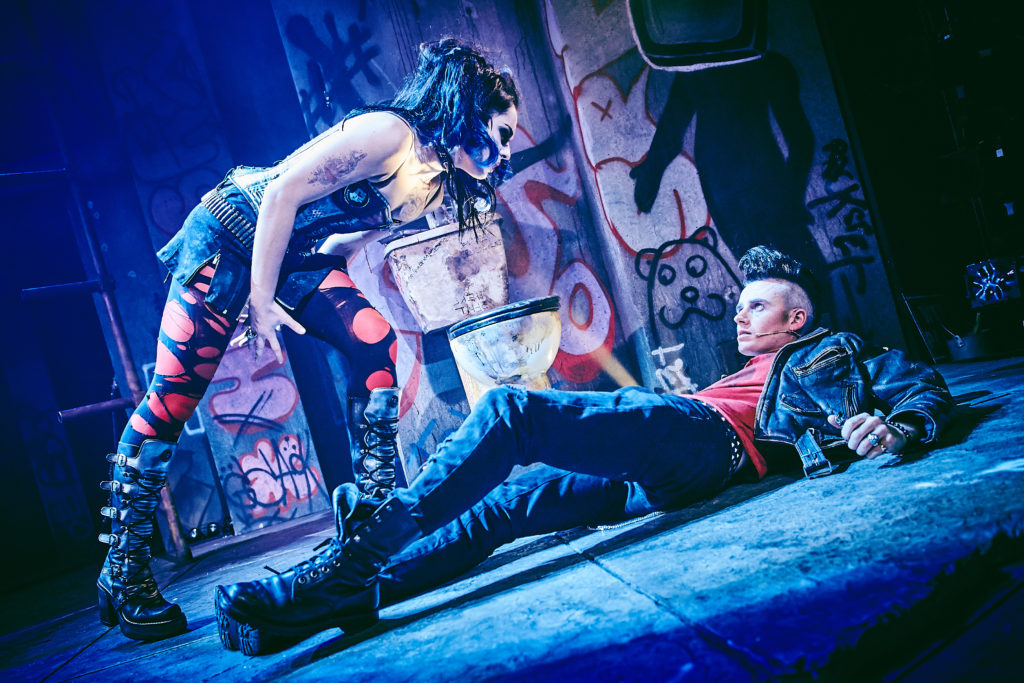 As a fable of the fragility and apathy of modern day life, American Idiot is hard to beat.